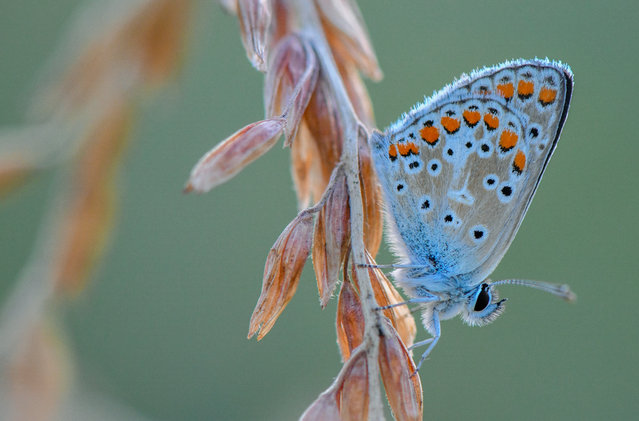 A lycaenid butterfly is pictured on August 21, 2018 in Sieversdorf, northeastern Germany. (Photo by Patrick Pleul/AFP Photo/DPA) 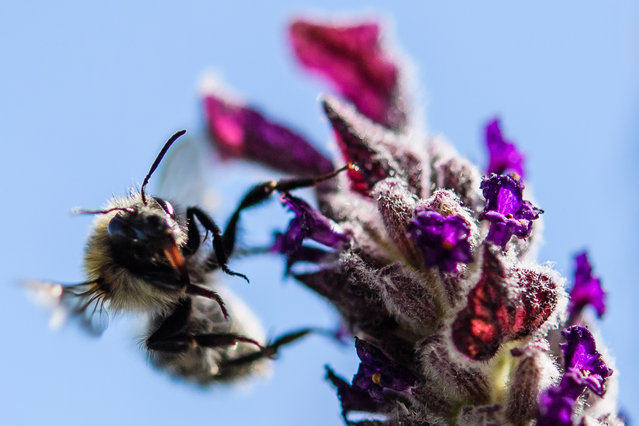 A bee flies next to a lavender flower in Berlin, Germany, 24 July 2018. The temperatures in and around Berlin keep rising. Many flowers tend to dry out. (Photo by Clemens Bilan/EPA/EFE) 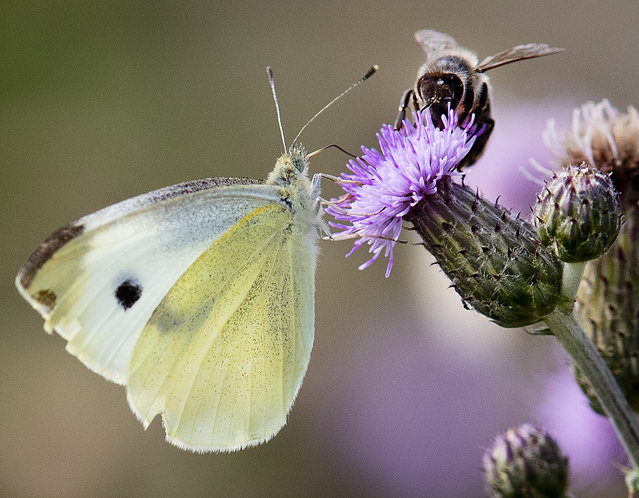 A white butterfly and a bee share a blossom on a field near Frankfurt, Germany, Wednesday, July 4, 2018. (Photo by Michael Probst/AP Photo) 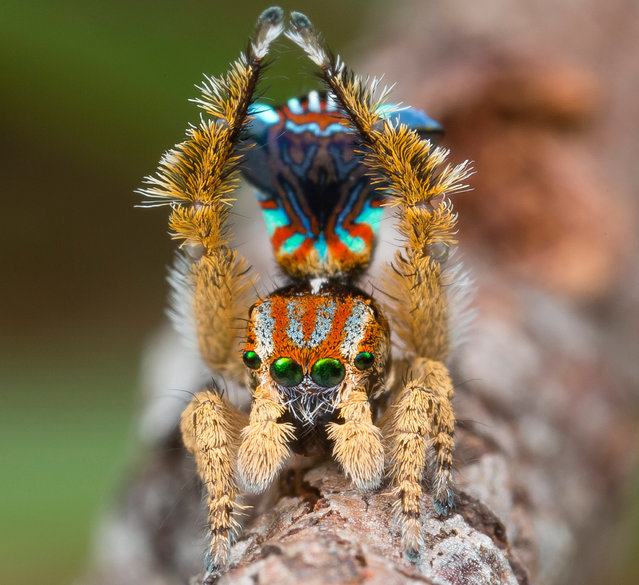 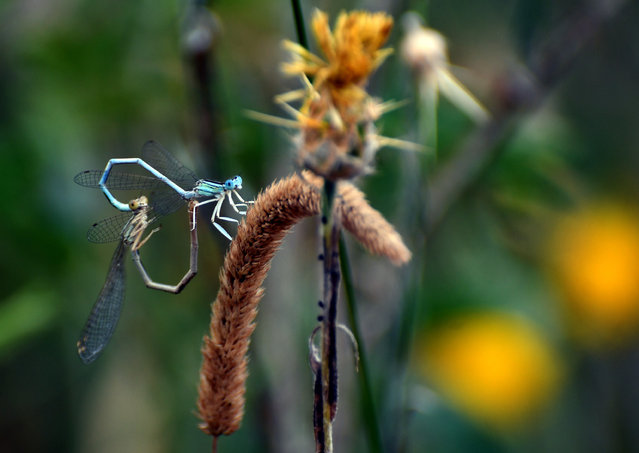 A dragonf- is seen on a pink flower at Sarikamis district of Kars in Turkey on July 19, 2018. There are many undiscovered natural beauties that are waiting to be discovered with rich flora and wildlife. It also offers visual feast for people like dragonflies, butterflies, wild animals and various colourful flowers at 2 thousand to 2,600 altitude among huge scots pine forests. (Photo by Huseyin Demirci/Anadolu Agency/Getty Images) 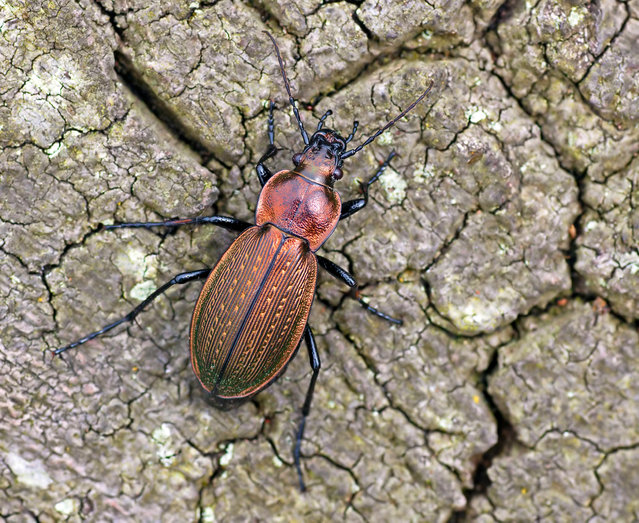 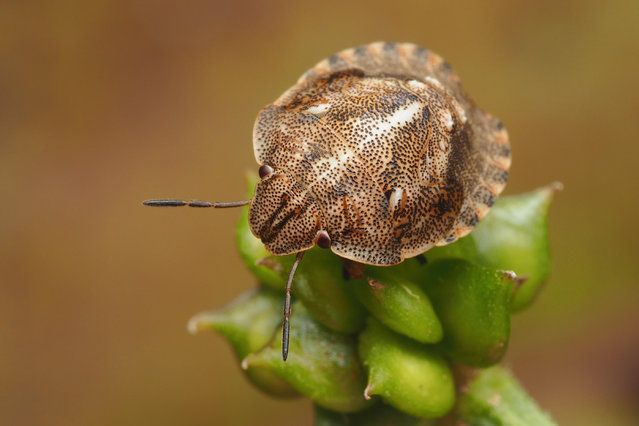 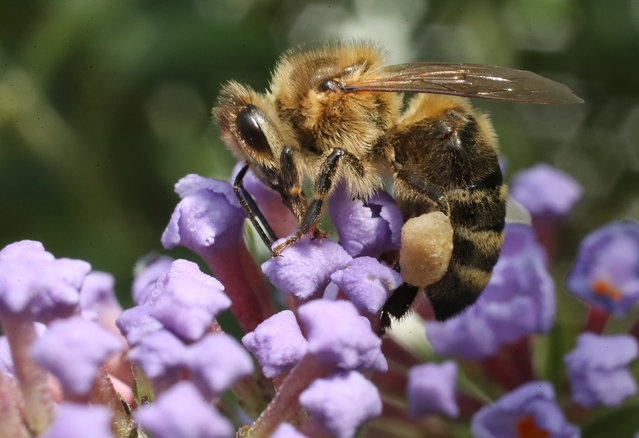 A honey bee (apis mellifera, in German called a Westliche Honigbiene) prods flowers for nectar in an urban garden in the city center on August 9, 2018 in Berlin, Germany. NABU (Naturschutzbund Deutschland, or Federation for Nature Protection Germany), Germany's biggest NGO for conservation and the study of nature, is leading an 'insect summer' project that calls on volunteers across Germany to take an hour and count the various insects they find in a particular location. Thousands of people, both in urban and rural locations, are taking part. The project, which runs through August 12, is designed to raise public awareness over Germany's insect diversity. A study released last year conducted by entomologists over several years showed a strong decline in the shear numbers of insects in Germany, presumably due to the use of pesticides by farmers and the disruption of natural habitats. (Photo by Sean Gallup/Getty Images) 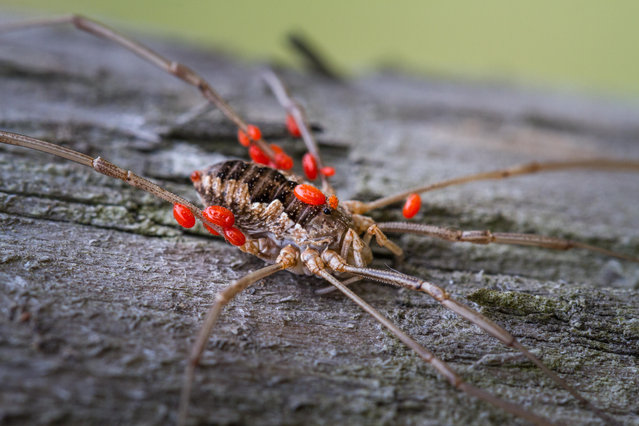 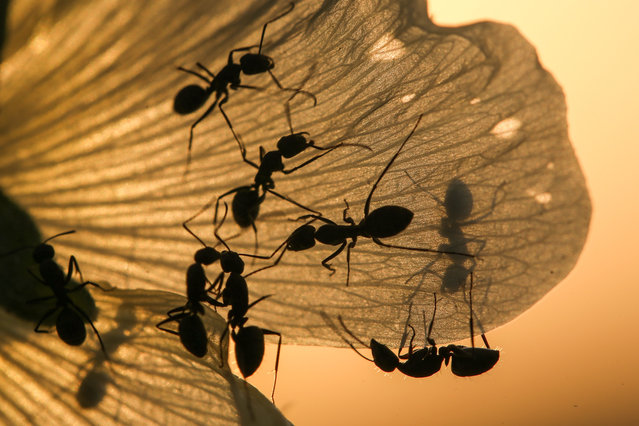 Silhouettes of ants are seen on a leaf during sunset in Turkey's Van on July 17, 2018. Ants are one of the hardest working insects as they are the most numerous organisms on earth. (Photo by Ozkan Bilgin/Anadolu Agency/Getty Images) 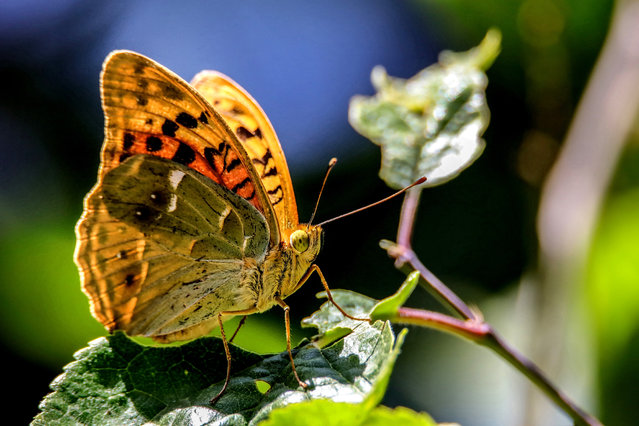 A butterfly is seen of a leaf near Lake Van at Gevas district of Van in Turkey on July 01, 2018. There are many undiscovered coves resembling like Aegean and Mediterranean regions at Agin neighbourhood. Van hosts so many different species of animals and flora. (Photo by Ali Ihsan Ozturk/Anadolu Agency/Getty Images) 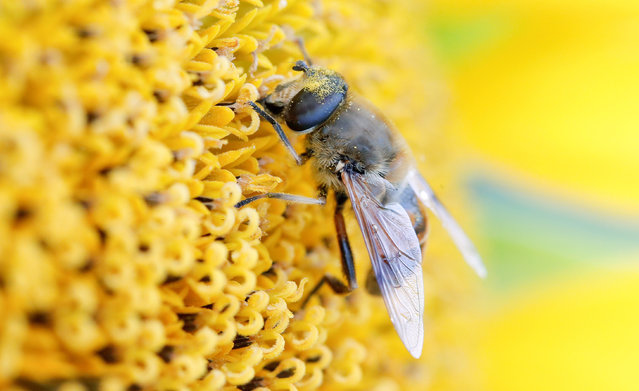 A bee collects nectar from a sunflower on a field near Schneisingen, Switzerland July 4, 2018. (Photo by Arnd Wiegmann/Reuters) 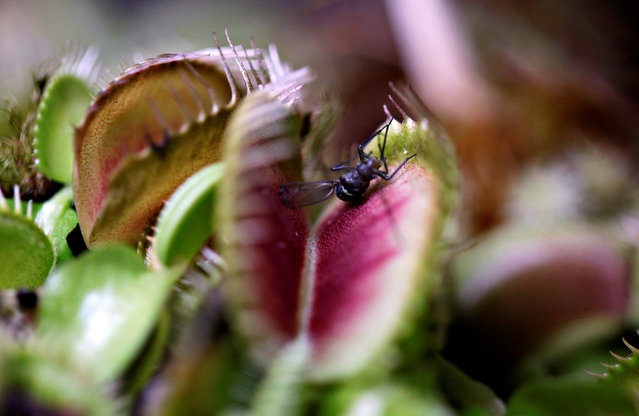 An insect lands on a Venus flytrap, a meat-eating plant on display at the carnivorous plant fair “Dejate Atrapar” (Let Yourself Get Caught), in Bogota, Colombia July 19, 2018. (Photo by Luisa Gonzalez/Reuters) 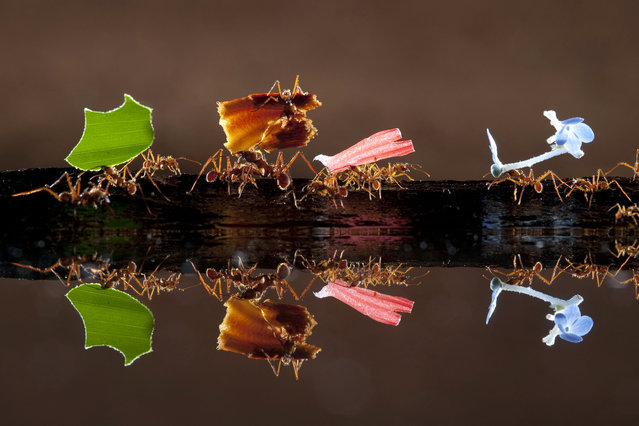 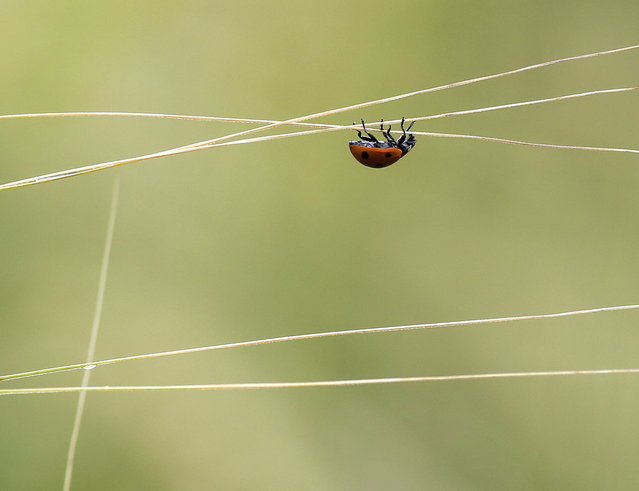 A ladybug climbs along the awns of corn in Unlingen, southern Germany, Friday, July 6, 2018. (Photo by Thomas Warnack/DPA via AP Photo) 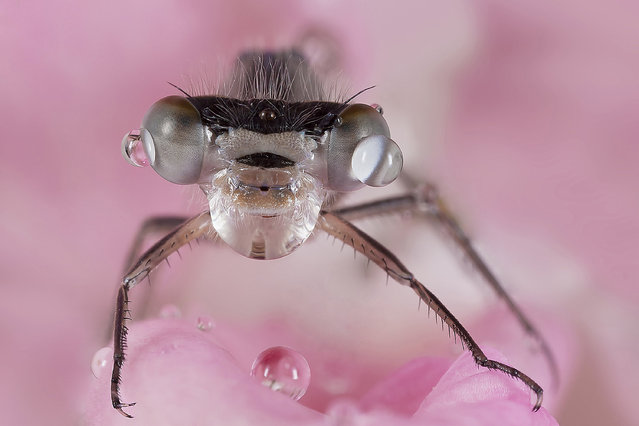 Immature Blue Damselfly after rain. From munching spiders to backyard bugs, these are some of the winners of an International Photo competition. Entries from India to South Africa and Britain were winners or highly commended in the Society of International Nature and Wildlife Photographers' Discovering Nature Competition. (Photo by Darron Matthews/South West News Service) 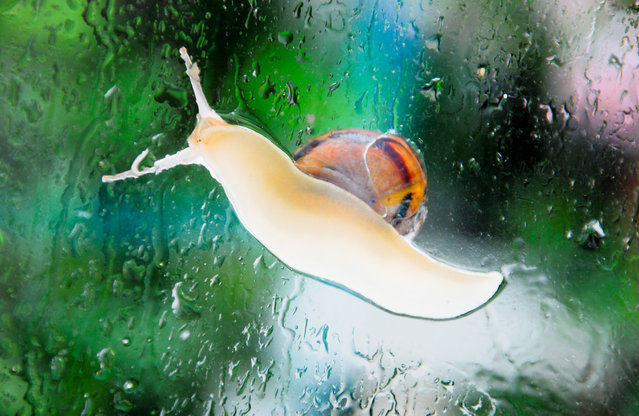