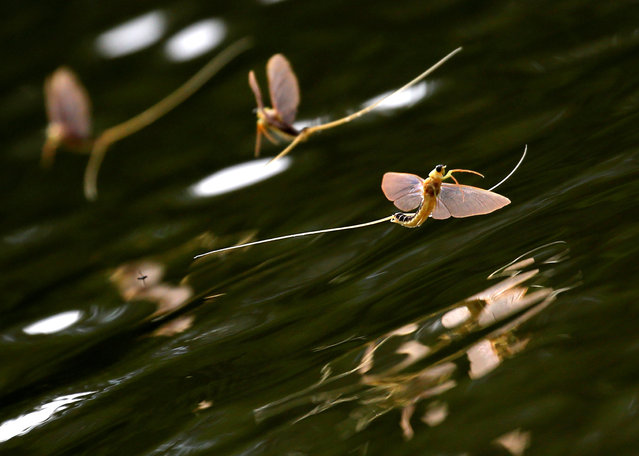 Long-tailed mayflies (Palingenia longicauda) mate on the surface of the Tisza river in Tiszainoka, Hungary on June 16, 2017. Millions of these short-lived mayflies engage in a frantic rush to mate and reproduce before they perish in just a few hours. (Photo by Laszlo Balogh/Reuters) 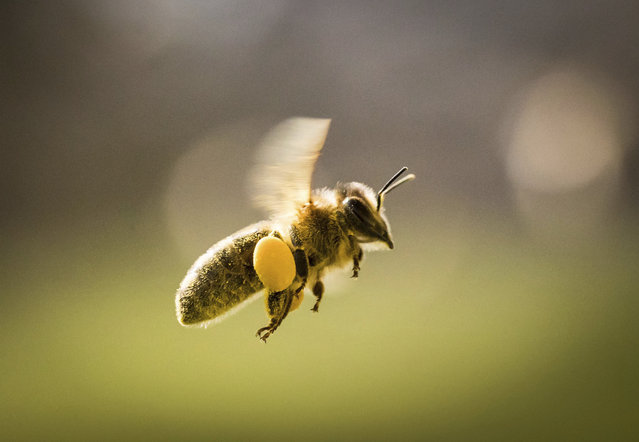 In this March 13, 2017 photo a bee carrying pollen flies at Lohrberg hill in Frankfurt, Germany. (Photo by Frank Rumpenhorst/DPA via AP Photo) 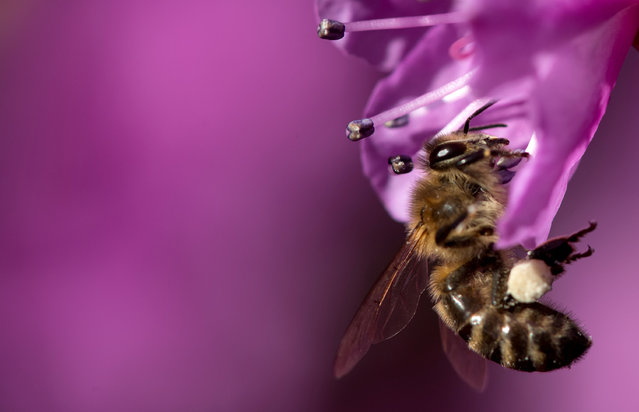 A bee collecting pollen in a park in Munich, Germany, 28 March 2017. (Photo by Sven Hoppe/DPA) 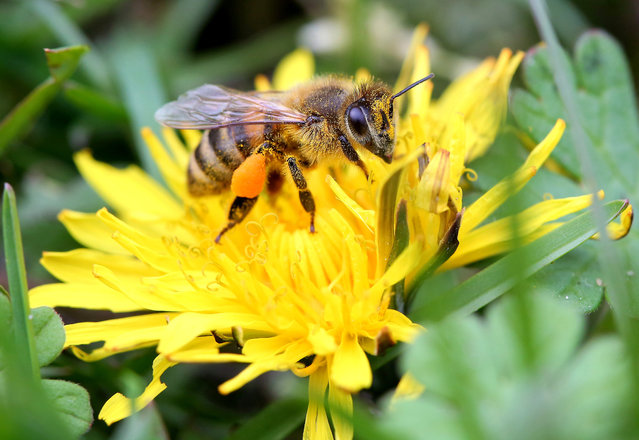 A bee collects nectar from a flower at the garden in Jankow Przygodzki, central-western Poland, 14 May 2017. (Photo by Tomasz Wojtasik/EPA) 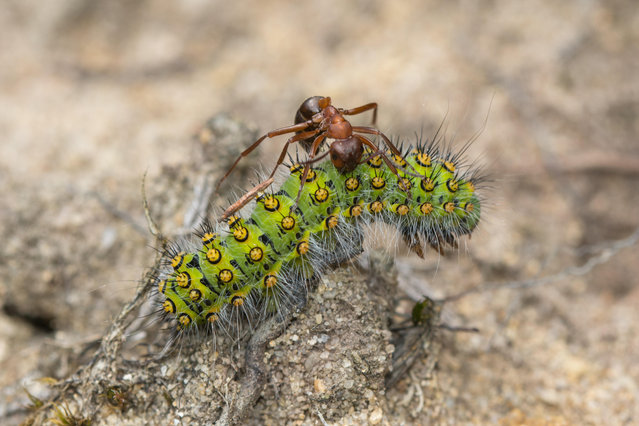 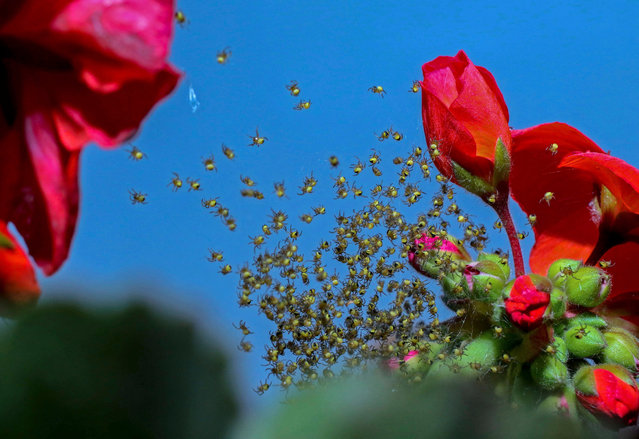 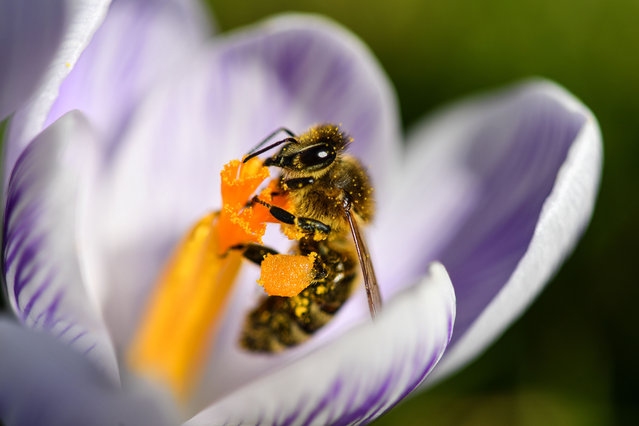 A bee sits at the banks of the Bodensee lake inside a crocus flower in Unteruhldingen, Germany, 14 March 2017. (Photo by Felix Kästle/DPA) 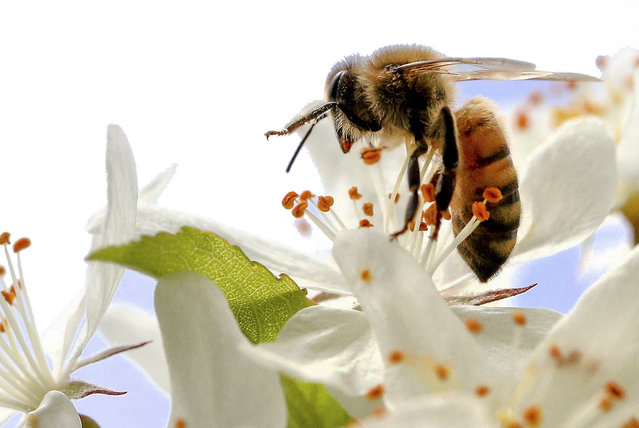 With temperatures expected to reach near 80° in the Eugene-Springfield area on Thursday, May 4, 2017, a honeybee collects pollen from an ornamental crabapple tree in North Eugene, Ore. (Photo by Collin Andrew/The Register-Guard via AP Photo) 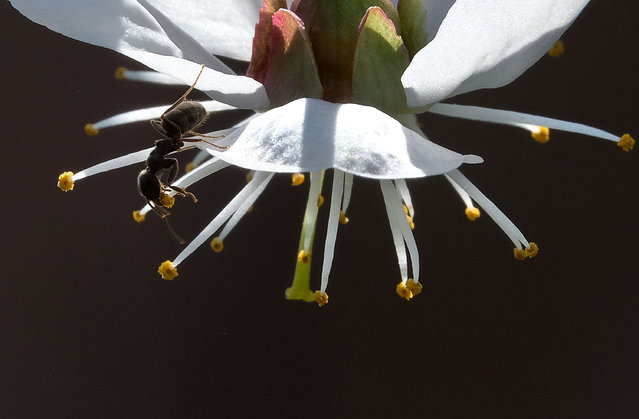 An ant gathers pollen from a flower on a cherry tree in a garden outside Moscow on May 22, 2017. (Photo by Yuri Kadobnov/AFP Photo) An adult oleander hawk moth rests on the aerial roots of orchid plants in a Bangkok garden in Thailand. (Photo by Robert Kennett/Alamy Stock Photo) 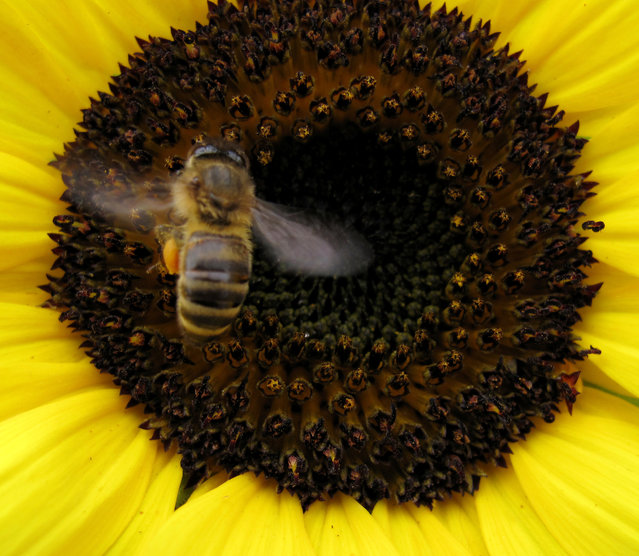 A bee lands on a sunflower to gather pollen in Encinitas, California June 23, 2009. (Photo by Mike Blake/Reuters) 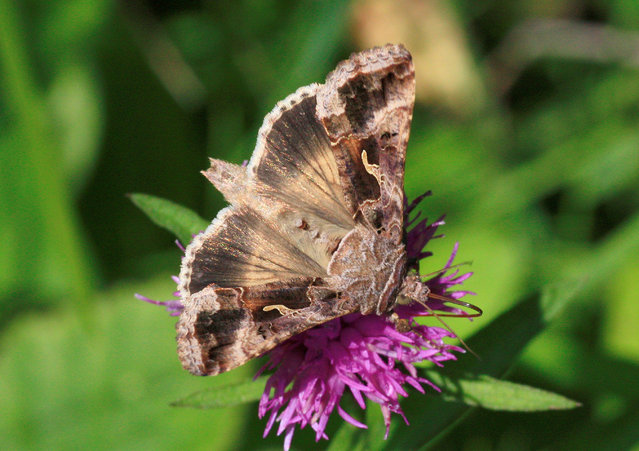 The silver Y moth (Autographa gamma), pictured, is a major component of the large night-flying insect migrants studied by radar in the new study, measuring migration annually over a region in south-central England monitored with specialized radar and a balloon-supported aerial netting system, scientists said, December 22, 2016. (Photo by Ian Woiwod/Reuters) 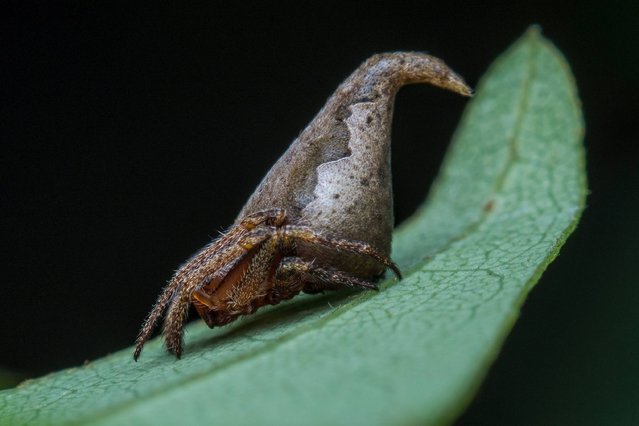 In this handout photograph received from Sumukha J.N on December 15, 2016, the newly-discovered spider Eriovixia Gryffindori sits on a leaf in the Kans in India's Western Ghats. (Photo by Sumukha J.N./AFP Photo) 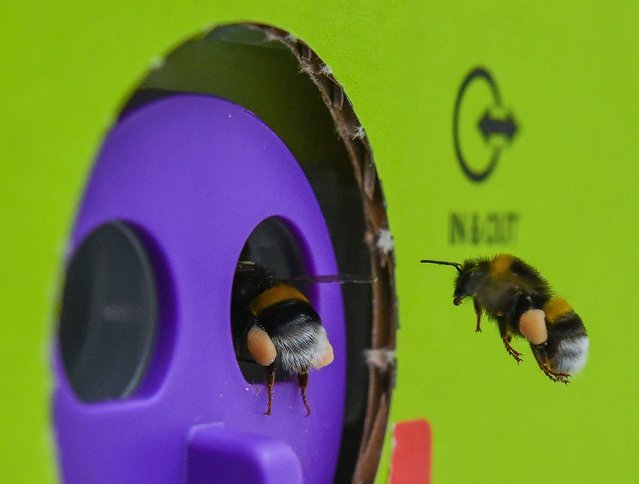 Bumblebees enter their hive after collecting pollen from tomato plants in a greenhouse of the Fontana Gartenbau GmbH gardening and horticultural company in Manschnow, eastern Germany, on February 20, 2017. The company works with colonies of bumblebees to pollinate its plants. (Photo by Patrick Pleul/AFP Photo/DPA) 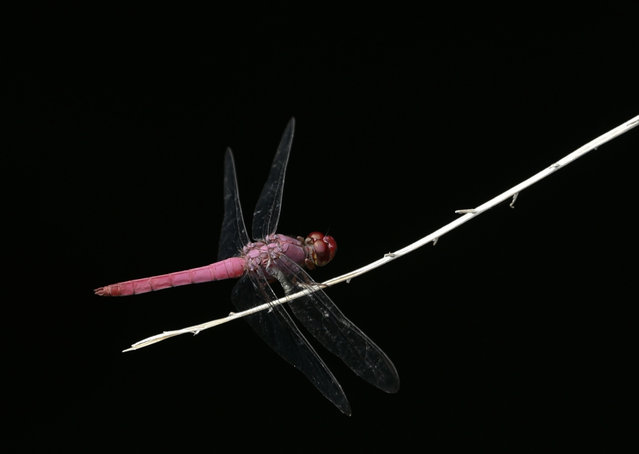 In this Tuesday, May 23, 2017, a dragonfly alights on a branch inside a water well at Fort San Lorenzo in the former Atlantic port Chagres, Panama. The fort was built by Spaniards in the 16th century to protect the gold route known as the Las Cruces Trail from pirate attacks. (Photo by Arnulfo Franco/AP Photo) 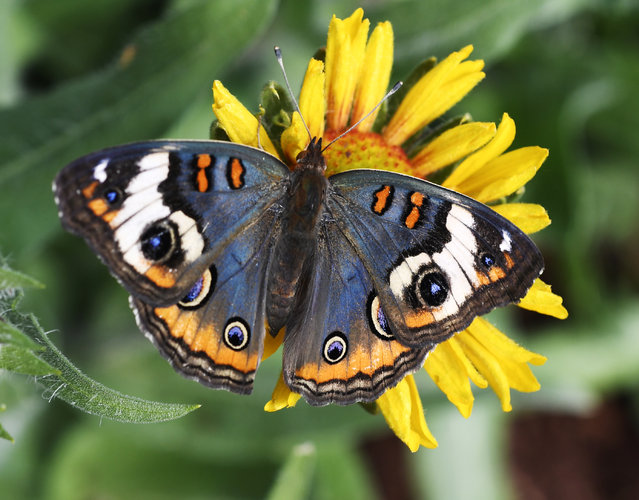 A buckeye butterfly clings to a flower at the Butterfly Pavilion and Denver Botanic Gardens fourth annual habitat experience “Butterflies at Chatfield Farms” May 25, 2017 in Jefferson County. Over 300 native Colorado butterflies including the monarch, painted lady, common buckeye, queen, black swallowtail, viceroy and red admiral were released into the habitat, which is open to the public starting Saturday May 27, 2017 through September 24, 2017 daily from 9 a.m. to 4 p.m., with last entry at 3:15. (Photo by Andy Cross/The Denver Post) 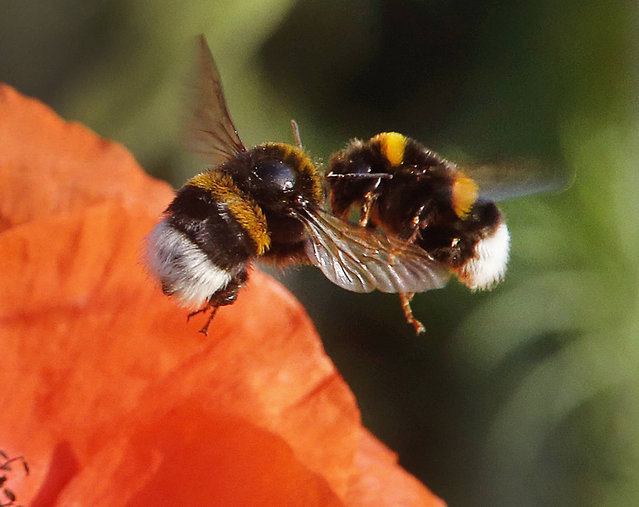