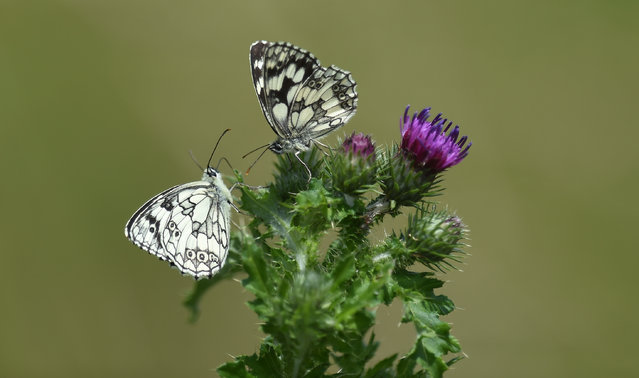 Two butterflys sit on a thistle, on a meadow near Freising, southern Germany, on a sunny June 25, 2020. (Photo by Christof Stache/AFP Photo) 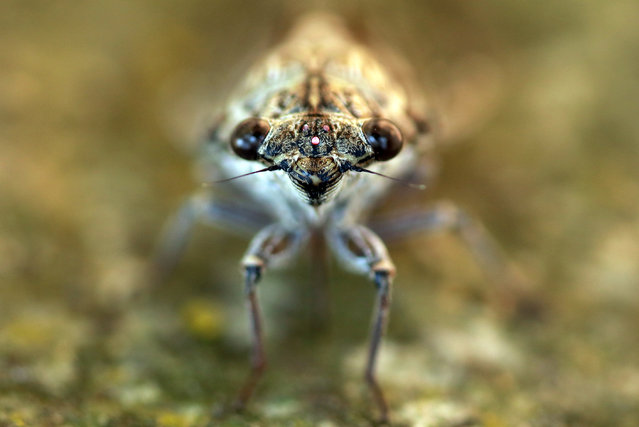 A cicada bug also known as a symbol of the song of hot summer days, is seen on a tree in Izmir, Turkey on July 18, 2020. It is known that there are hundreds of different species of cicadas and some of them could live under the ground for 17 years. Cicadas emerging from the soil in a form of larvae, gain wings right after they are peeled from their cocoons. The eggs left by the females in the crevices in the tree branches return to the soil as larvae after a while, and wait for the moment to come to earth. Male cicadas have a special organ called a tymbal that produces sound and they make voices in order to attract the attention of female cicadas in a few weeks of life. (Photo by Lokman Ilhan/Anadolu Agency via Getty Images) 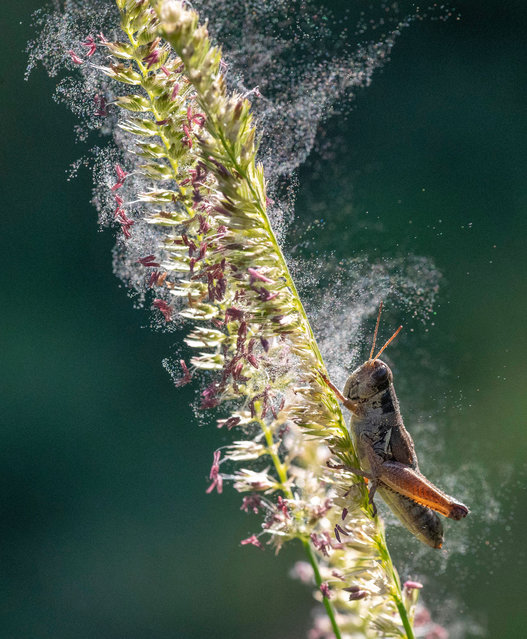 Oregon, US on June 18, 2020. As grains of pollen rain down, a grasshopper feeds on minuscule grass seed flowers on a hillside near Elkton in a rural part of the state. (Photo by Robin Loznak/Zuma Press/PA Images) 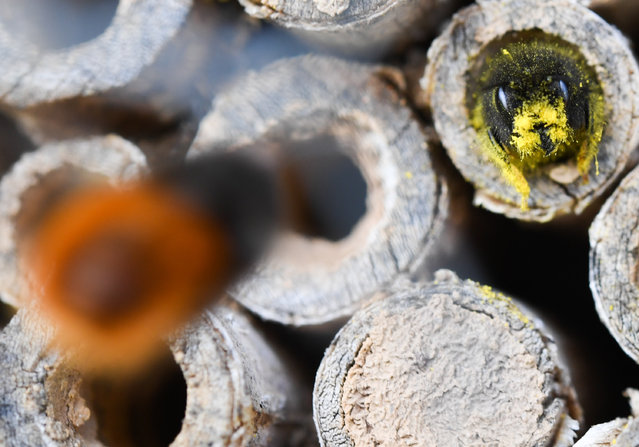 A mason bee deposits its collected pollen in an elderberry stick near Hessen, Germany on March 27, 2020. The food supply is sufficient for the eleven-month development of the brood from the egg to the finished bee. Wild bees are active in March and April and die before their offspring hatch. (Photo by Arne Dedert/dpa) 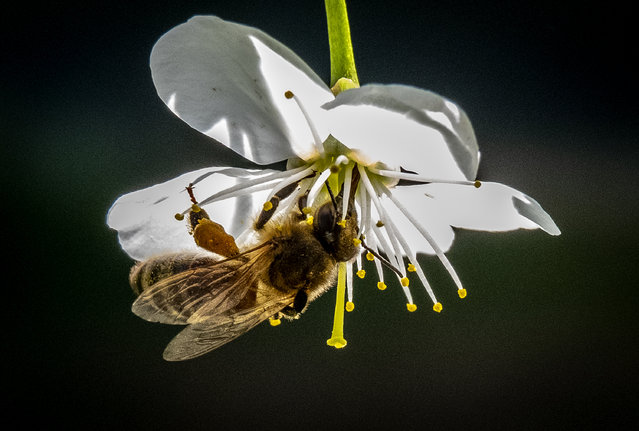 A bee gather pollen on a blooming branch of a cherry tree in a garden outside Moscow on May 11, 2020. (Photo by Yuri Kadobnov/AFP Photo) 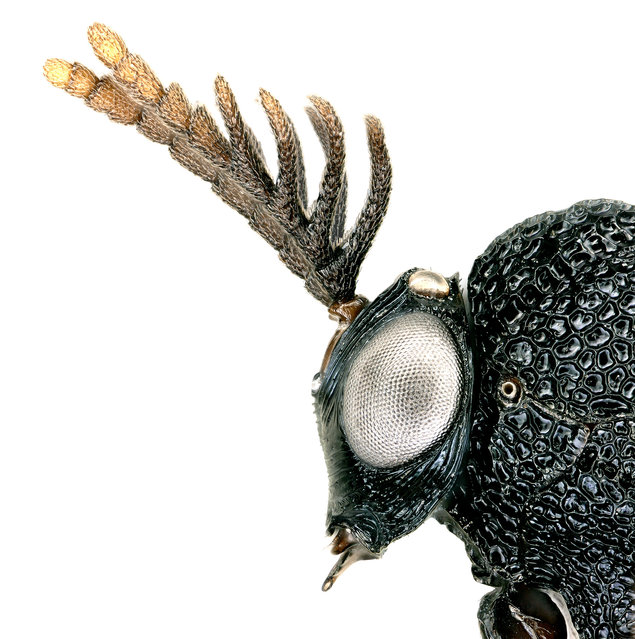 The branching antennae and huge torso of the male eucharitid wasp (Pseudochalcura gibbosa) are barely visible to the human eye. Since 2014, entomologists have sampled millions of insects around Los Angeles, identifying 800 species, including 47 new to science. (Photo by Lisa Gonzalez/BioScan Natural History Museums) Tetragonisca angustula is a small eusocial stingless bee found in central and south American countries. Seen here in Curridabat near San José, Costa Rica. The move to extend citizenship to pollinators, trees and native plants in Curridabat has been crucial to the municipality’s transformation from an unremarkable suburb of the Costa Rican capital into a pioneering haven for urban wildlife. (Photo by Courtesy of Curridabat Municipality) 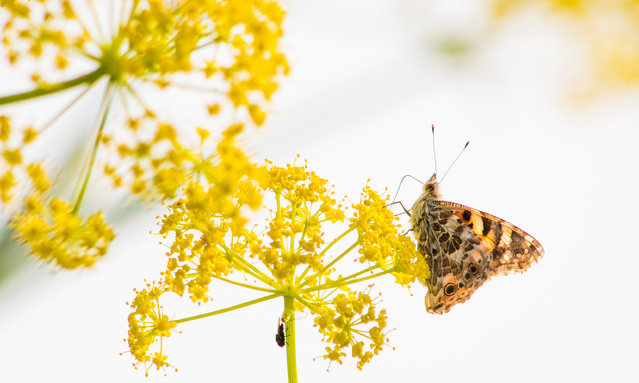 A migrating painted lady rests on a flower in Cyprus. Cyprus is a pit stop for millions of insects that fly at high altitudes over the sea then come to land to rest as they migrate up to thousands of kilometres from the Middle East to western Europe. (Photo by Will Hawkes Photography) 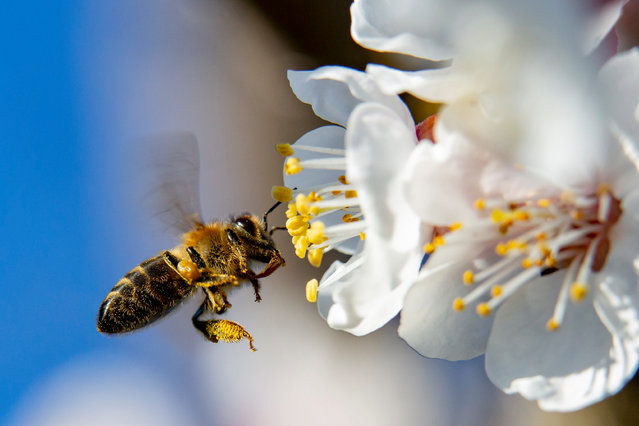 A honey bee collects pollen from a blossoming pear tree near Nagykanizsa, southwestern Hungary, 15 March 2020, when the daily temperature peaked at 9 degree Celsius in the southwestern region of the country. (Photo by Gyorgy Varga/EPA/EFE) 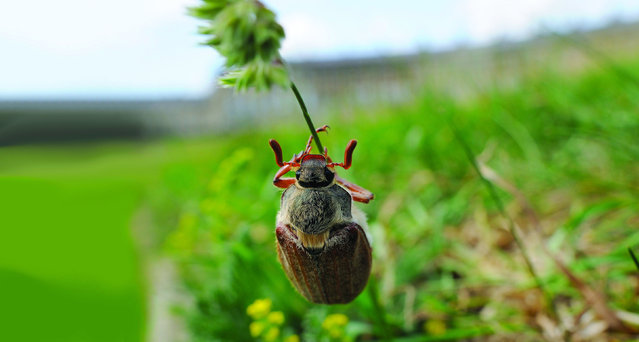 A Maybug climbs up a grass stem at the Royal Crescent complex in Bath, England. The use of pesticides must be at least halved to reverse steep losses in insect abundance, according to a report from the Wildlife Trusts. (Photo by Nick Upton/2020 Vision/PA Wire Press Association) 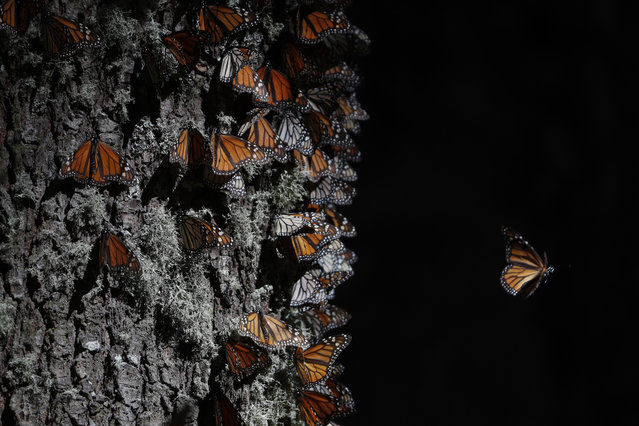 A monarch butterfly takes off from a tree trunk in the winter nesting grounds of El Rosario Sanctuary, near Ocampo, Michoacan state, Mexico, Friday, January 31, 2020. Hundreds of farmers and agricultural workers attended the funeral of Homero Gomez Gonzalez on Friday, and the homage to the anti-logging activist was like a tribute to the monarch butterfly he so staunchly defended. (Photo by Rebecca Blackwell/AP Photo) 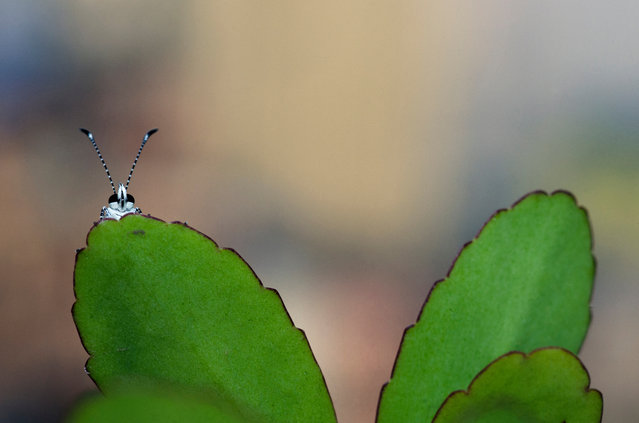 With his regular haunts closed because of Covid-19, Mumbai photographer and naturalist Rizwan Mithawala turned his lens on his windowbox, capturing the life cycle of visiting red pierrots. (Photo by Rizwan Mithawala/The Guardian) 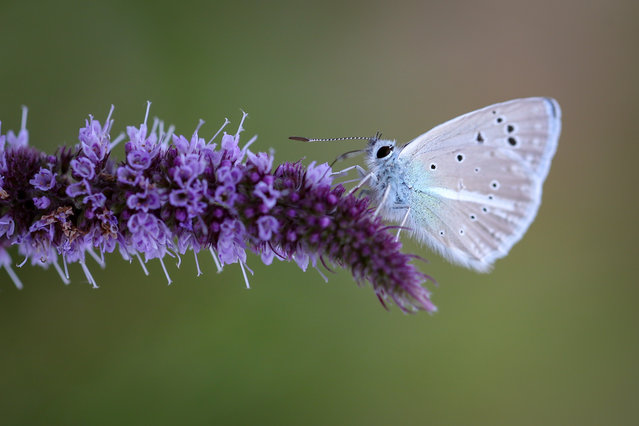 A butterfly is seen at a valley in Catak district of Van, Turkey on July 16, 2020. (Photo by Ozkan Bilgin/Anadolu Agency via Getty Images) 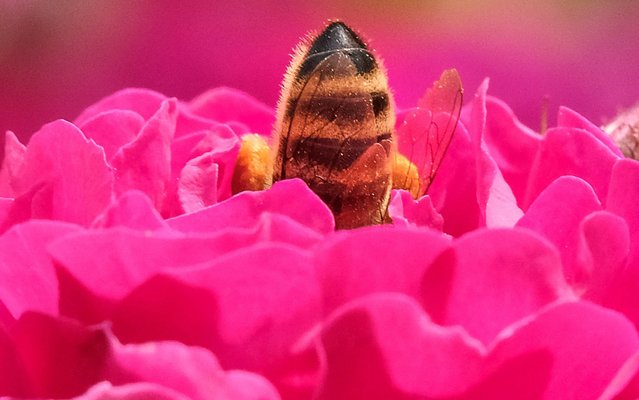 A bee draws nectar from the flowers of a rose bush in a garden outside Moscow on June 23, 2019. (Photo by Yuri Kadobnov/AFP Photo) 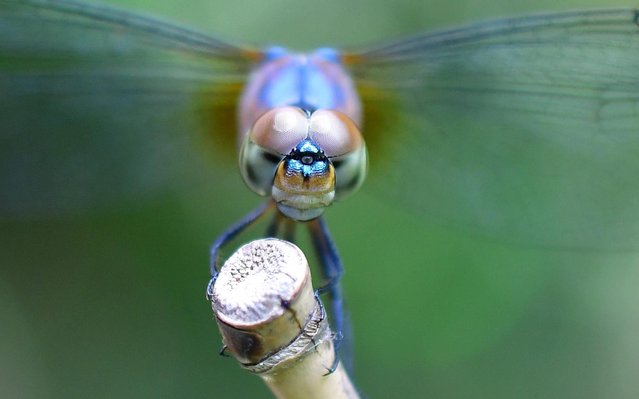