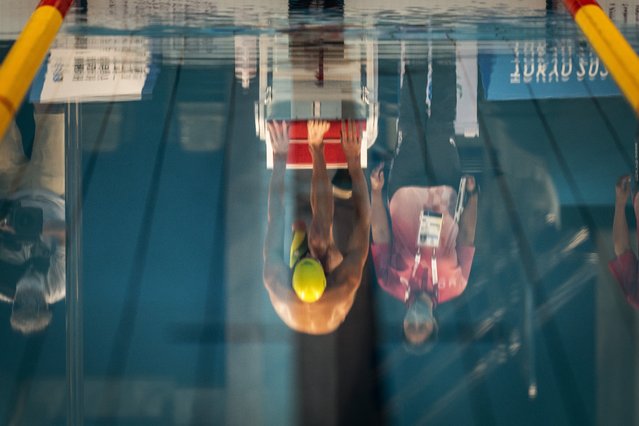 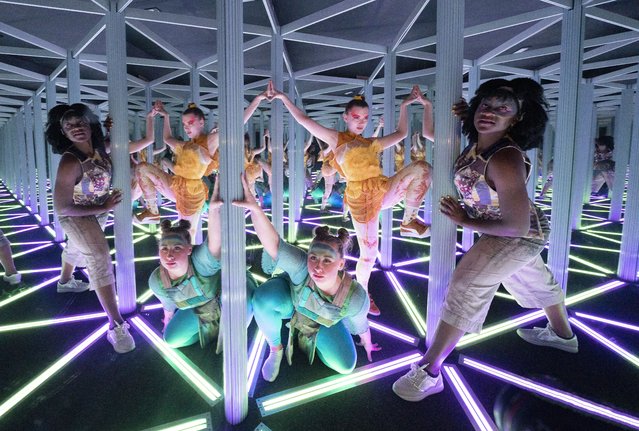 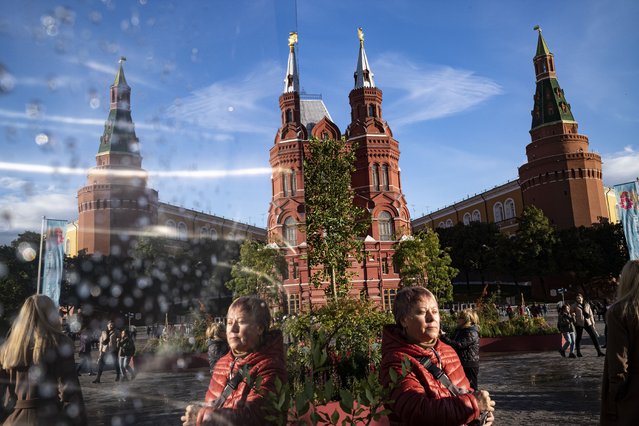 People reflected in a mirror as they walk in Manezhnaya Square decorated for the Day of Moscow celebrating with the Kremlin Wall and the Historical Museum in the background in Moscow, Russia, Sunday, September 5, 2021. (Photo by Alexander Zemlianichenko/AP Photo) 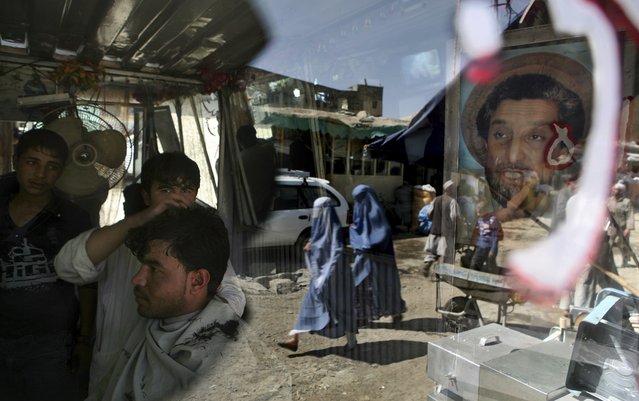 An Afghan barber works on a customer in his shop as a portrait of Afghanistan national hero Ahmad Shah Massoud adorns its door in Kabul, Afghanistan, Tuesday, September 29, 2009. (Photo by Altaf Qadri/AP Photo) 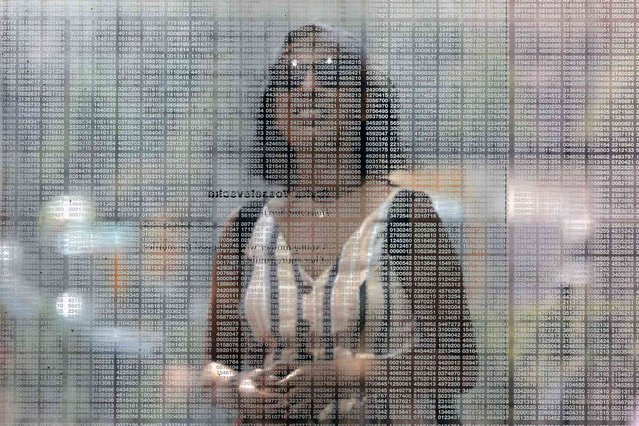 A woman stands behind the rows of numbers etched onto the Holocaust Memorial in Boston, Thursday, August 12, 2021. The numbers represent the six million Jews murdered in the Holocaust. (Photo by Michael Dwyer/AP Photo) 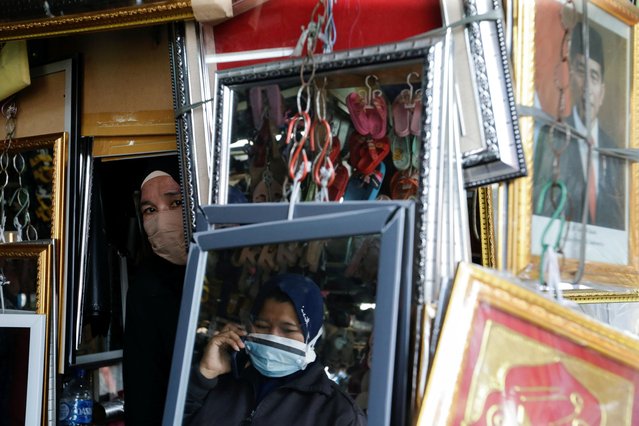 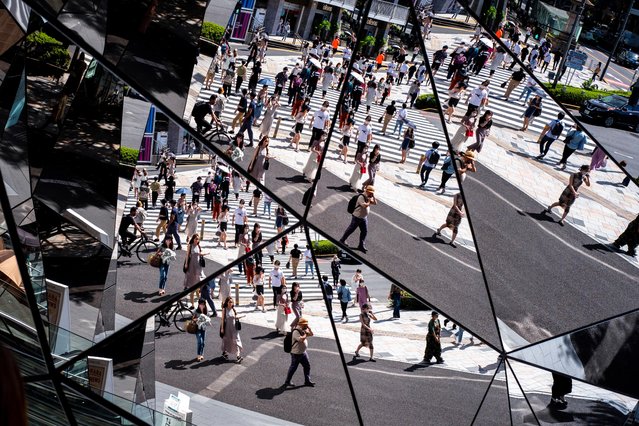 People wearing protective masks are reflected in the mirror at a shopping mall in Tokyo amid the coronavirus disease (COVID-19) outbreak in Tokyo, Japan, August 19, 2021. (Photo by Athit Perawongmetha/Reuters) 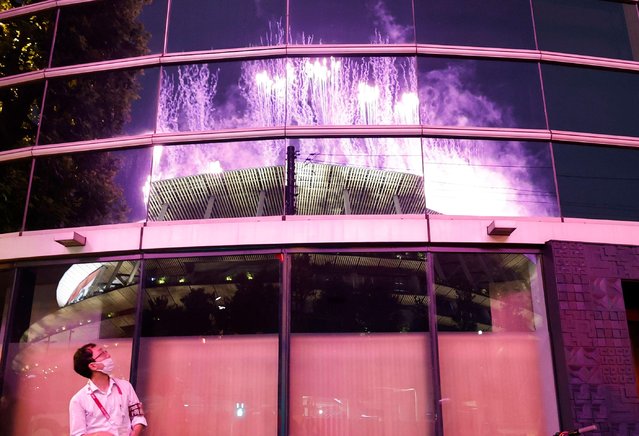 Fireworks from the national stadium are reflected in a building nearby during the opening ceremony of the Tokyo 2020 Paralympic Games at the Olympic Stadium on August 24, 2021 in Tokyo, Japan. (Photo by Issei Kato/Reuters) 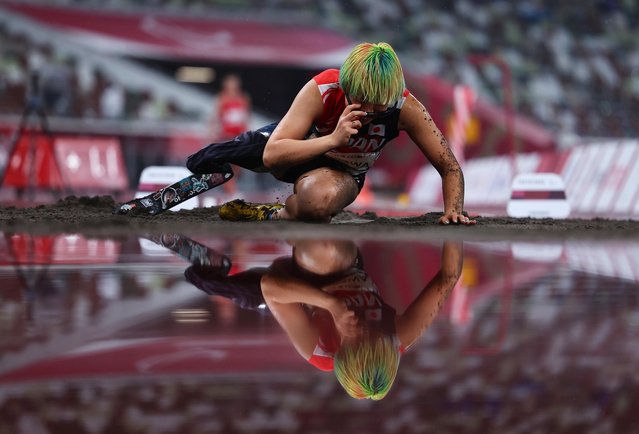 Kaede Maegawa of Team Japan competes in the Women's Long Jump T63 on day 9 of the Tokyo 2020 Paralympic Games at Olympic Stadiumon September 02, 2021 in Tokyo, Japan. (Photo by Athit Perawongmetha/Reuters) 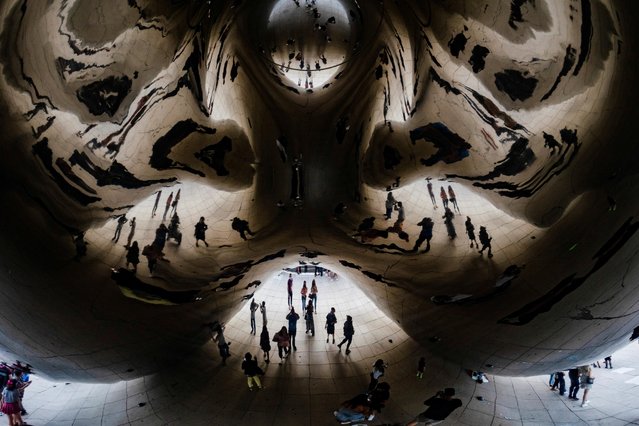 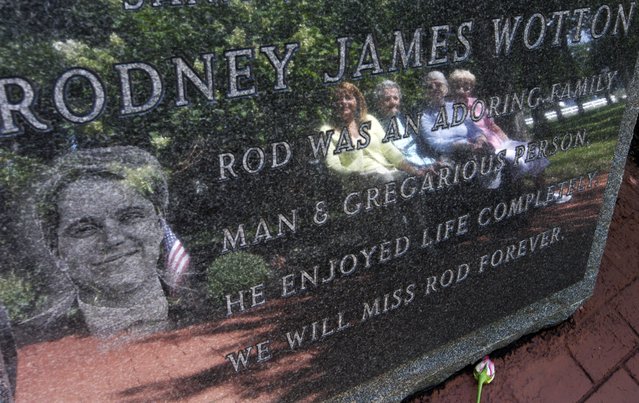 In this Tuesday, September 11, 2012 file photo, Pat Wotton, left, is reflected in a memorial to her husband Rodney James Wotton, as she sits with Dorothy Greene, second left, Jean Wotton, Rodney's mother, and Eunice Saporito, right, in Middletown, N.J. The marker for Rodney Wotton is one of 37 in the Middletown World Trade Center Memorial Gardens for those from the town in central New Jersey, who died in the attack on the World Trade Center in 2001. (Photo by Mel Evans/AP Photo/File) 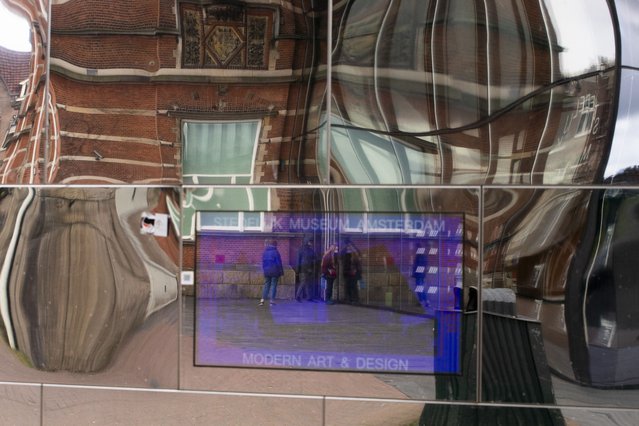 In this file photo dated Friday, March 13, 2020, visitors are reflected as they try to open the door of the Stedelijk Museum for modern art and design in Amsterdam. Amsterdam municipality said Friday Aug. 27, 2021, it will return the valuable “Painting With Houses” artwork by Wassily Kandinsky to the heirs of a Jewish family that originally owned it, ending years of legal wrangling over the work that was sold at auction in 1940. (Photo by Peter Dejong/AP Photo) 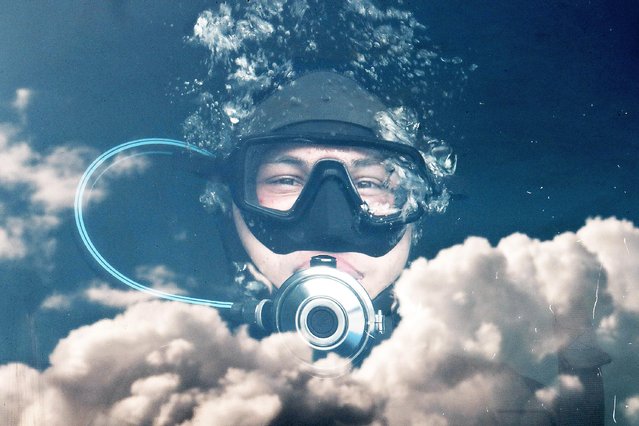 A diver in a pool at the Army 2021 International Military and Technical Forum, at the Patriot military park in Moscow Region, Russia on August 22, 2021. (Photo by Sergei Karpukhin/TASS/Alamy Live News) 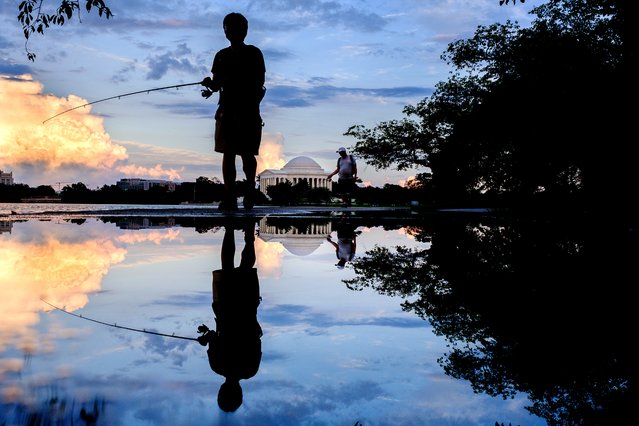 Fisherman are reflected in rain puddles as they walk along the edge of the Tidal Basin near the Jefferson Memorial after an afternoon rain storm in Washington, Saturday, August 21, 2021. (Photo by J. David Ake/AP Photo) 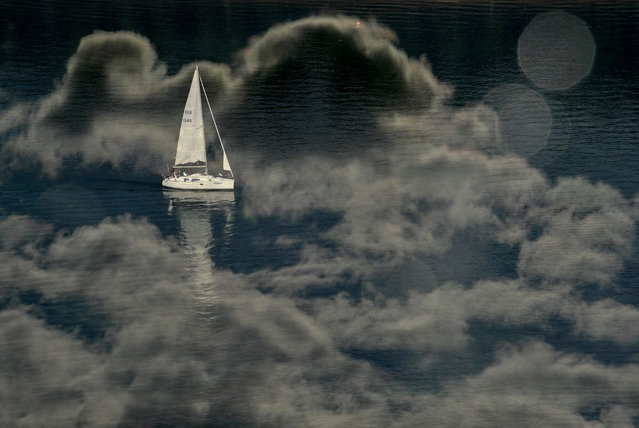