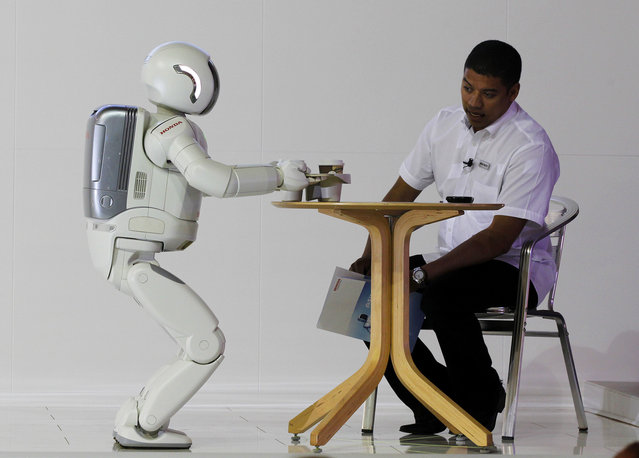 ASIMO, a humanoid robot created by Honda, serves tea to a visitor during the Johannesburg International Motor Show at Nasrec in Johannesburg, October 6 2011. (Photo by Siphiwe Sibeko/Reuters) 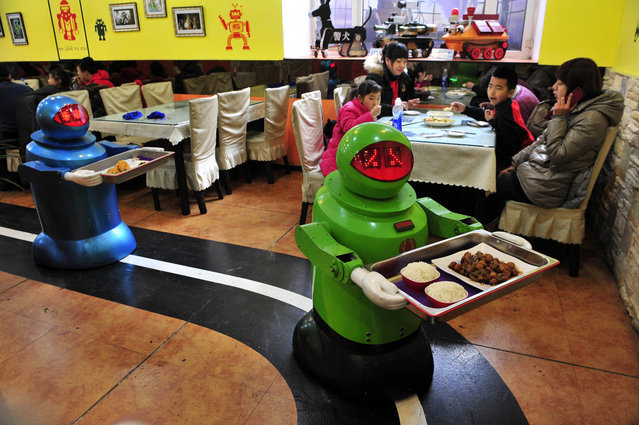 Robots deliver dishes to customers at a Robot Restaurant in Harbin, Heilongjiang province January 12, 2013. Opened in June 2012, the restaurant has gained fame in using a total of 20 robots, which range in heights of 1.3-1.6 metres (4.27-5.25 ft), to cook meals and deliver dishes. The robots can work continuously for five hours after a two-hour charge, and are able to display over 10 expressions on their faces and say basic welcoming sentences to customers, local media reported. (Photo by Sheng Li/Reuters) 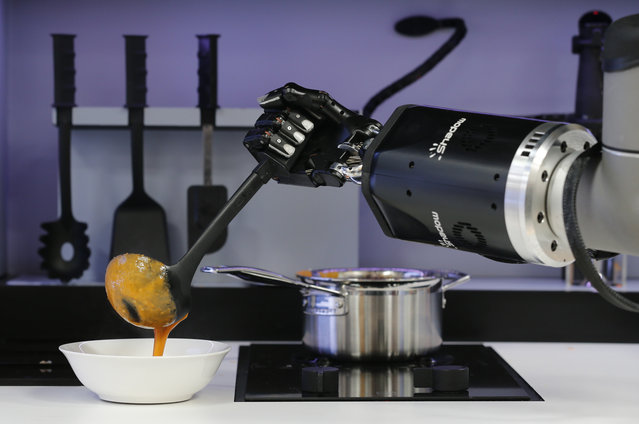 A robot in the Robotic Kitchen prototype created by Moley Robotics cooks a crab soup at the company's booth at the world's largest industrial technology fair, the Hannover Messe, in Hanover April 13, 2015. (Photo by Wolfgang Rattay/Reuters) 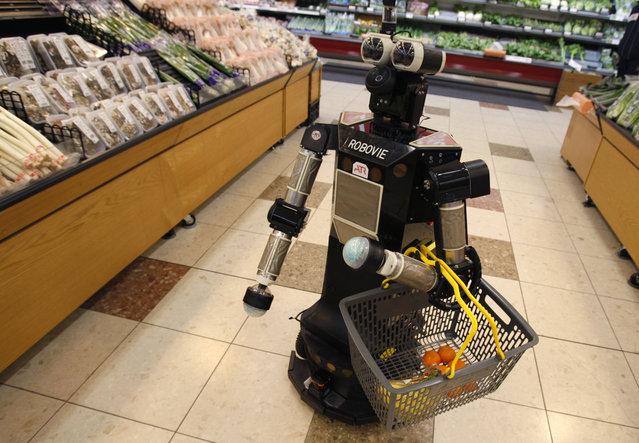 A robot named “Robovie-II”, developed by Japanese robotics research institution ATR, moves around at a grocery store during a shopping assisting experiment by utilizing the robot in an ubiquitous network technology platform in Kyoto, western Japan January 6, 2010. The robot greets the shopper at the entrance of the store, follows him to the shelves while holding a grocery basket and reminds him of the items on a shopping list, which the shopper would have entered beforehand in a specialized mobile device. The experiment is aimed to gather data in order to provide livelihood support for the elderly by using robots and network technologies, ATR's researcher Satoshi Koizumi said. (Photo by Yuriko Nakao/Reuters) 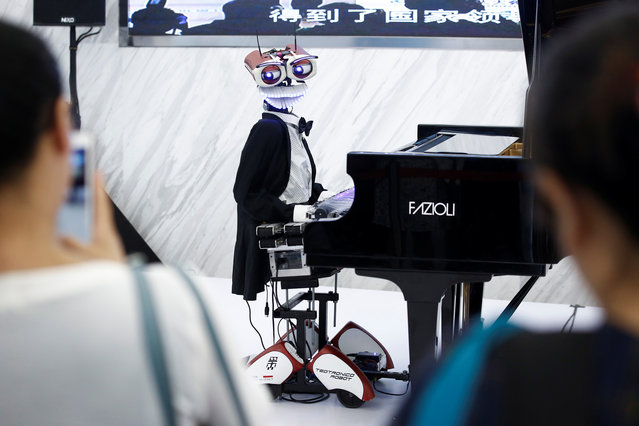 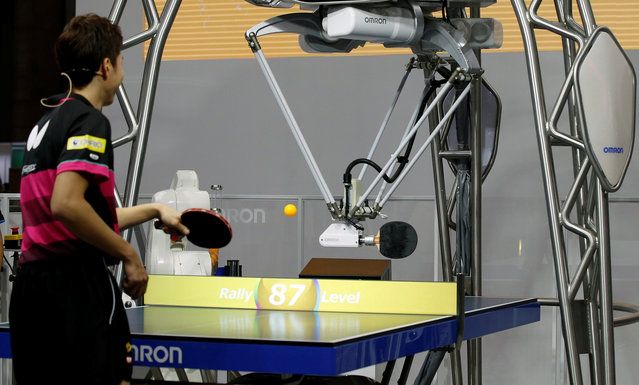 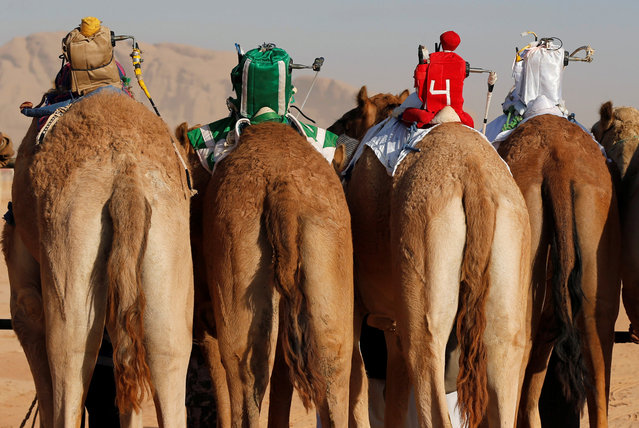 Robot jockeys are seen on camels during a race in Wadi Rum, Jordan, November 2, 2017. (Photo by Muhammad Hamed/Reuters) 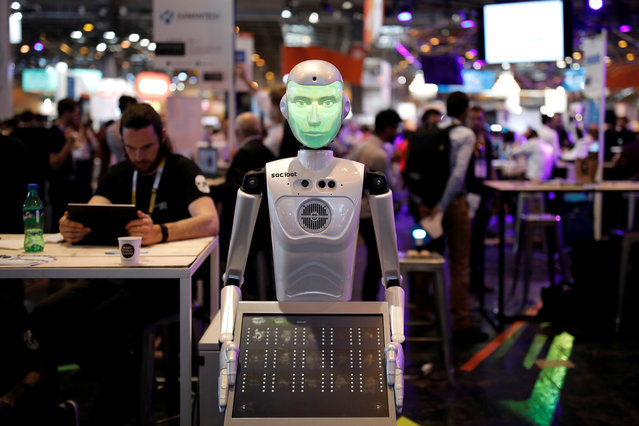 A “SociBot” humanoid robot, manufactured by Engineered Arts, is displayed at the Viva Technology conference in Paris, France, June 15, 2017. (Photo by Benoit Tessier/Reuters) 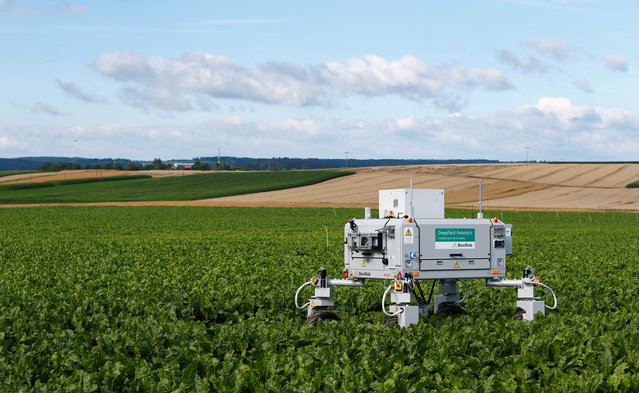 A Bosch deep field robot called “BoniRob” is pictured in a field in Renningen near Stuttgart, Germany July 29, 2016. (Photo by Michaela Rehle/Reuters) 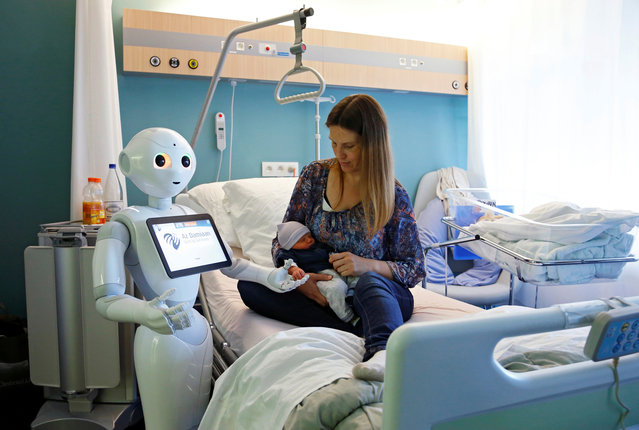 New recruit “Pepper” the robot, a humanoid robot designed to welcome and take care of visitors and patients, holds the hand of a new born baby next to his mother at AZ Damiaan hospital in Ostend, Belgium June 16, 2016. (Photo by Francois Lenoir/Reuters) 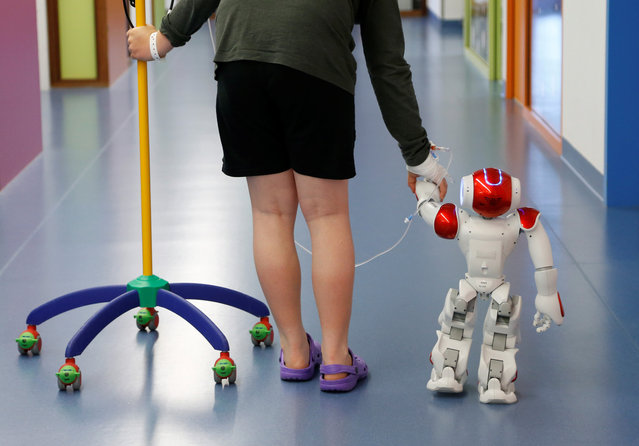 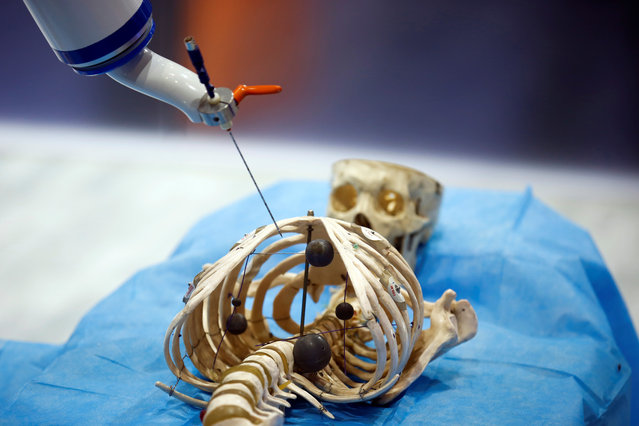 A robot of the Siasun Robot and Automation Corporation simulates the use of a medical instrument on a model of a human skeleton at the WRC 2016 World Robot Conference in Beijing, China, October 21, 2016. (Photo by Thomas Peter/Reuters) 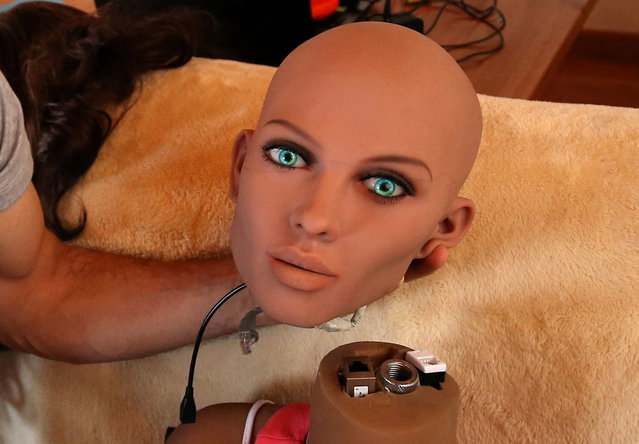 Catalan nanotechnology engineer Sergi Santos holds the head of Samantha, a s*x doll packed with artificial intelligence providing her the capability to respond to different scenarios and verbal stimulus, in his house in Rubi, north of Barcelona, Spain, March 31, 2017. (Photo by Albert Gea/Reuters) 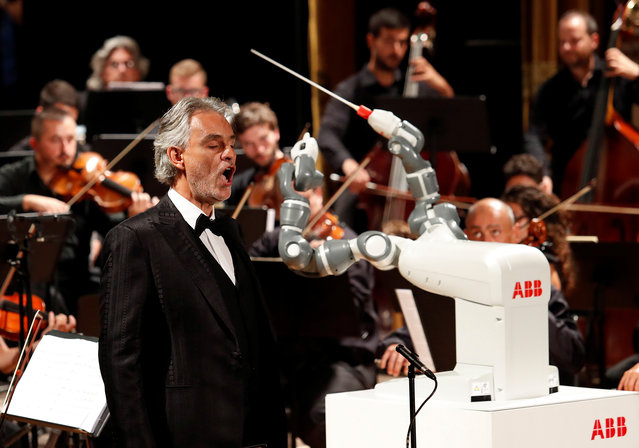 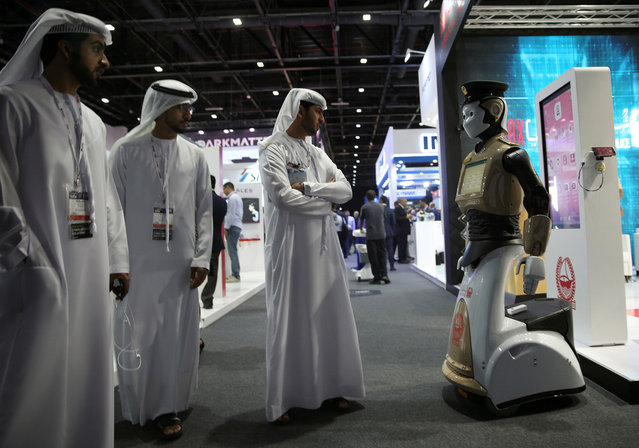 Visitors look at an operational robot policeman at the opening of the 4th Gulf Information Security Expo and Conference (GISEC) in Dubai, United Arab Emirates, May 22, 2017. (Photo by Reuters/Stringer) 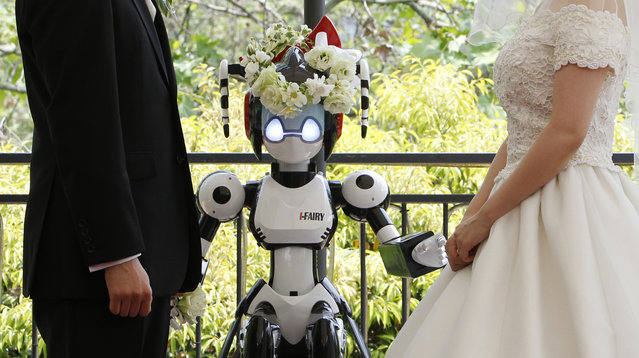 A humanoid robot named “I-Fairy” (C) acts as a witness at the wedding ceremony between Tomohiro Shibata (L) and Satoko Inoue in Tokyo May 16, 2010. The couple decided to use the robot, which conducted the ceremony with its audio functions, from Inoue's company to perform the witness' duties as they first met due to common work interest related to robots. (Photo by Yuriko Nakao/Reuters)
Edit Del
02 Feb 2018 06:54:00, post received 0 comments
Publication archive:
←   →
Popular tags:
All tags
Last searches: