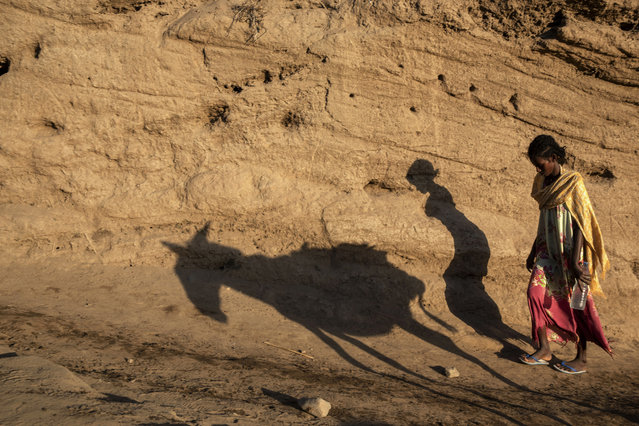 A Tigray refugee woman walks up a hill after arriving on the banks of the Tekeze River on the Sudan-Ethiopia border, in Hamdayet, eastern Sudan, Wednesday, December 2, 2020. Ethiopian forces on Thursday, Dec. 3, 2020 blocked people from the country's embattled Tigray region from crossing into Sudan at the busiest crossing point for refugees, Sudanese forces said. (Photo by Nariman El-Mofty/AP Photo) 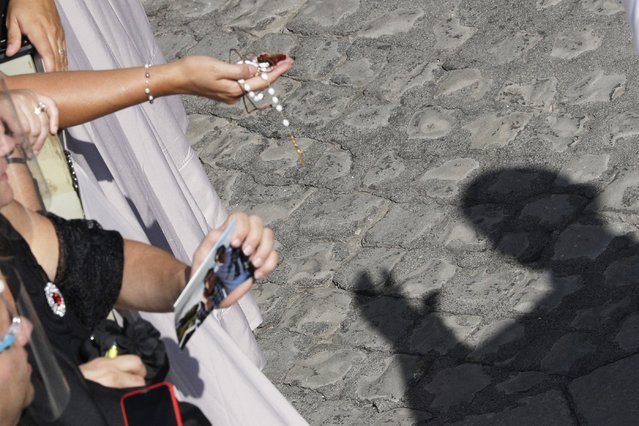 Pope Francis' shadow is cast on the ground as he blesses faithful in the St. Damaso courtyard on the occasion of his weekly general audience at the Vatican, Wednesday, September 16, 2020. (Photo by Gregorio Borgia/AP Photo) 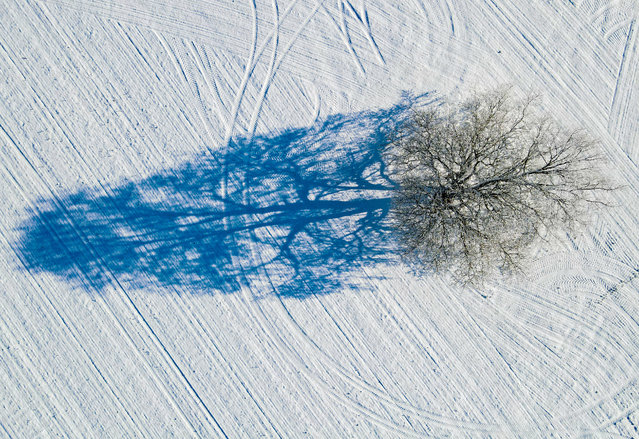 A tree covered with hoarfrost casts a shadow on a snowy field, shot with a drone in Sieversdorf-Hohenofen, Germany on January 31, 2021. (Photo by Patrick Pleul/dpa) 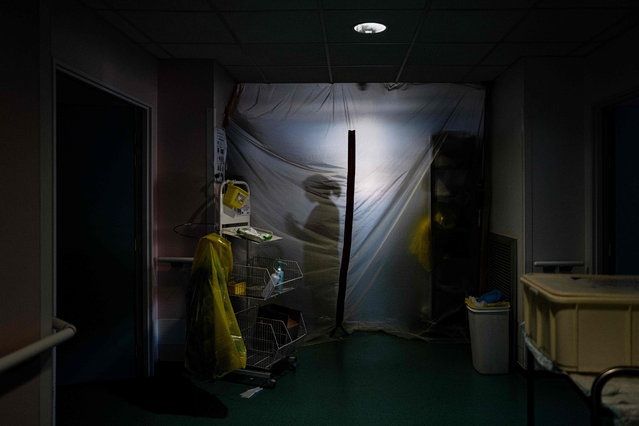 A medical worker prepares to enter into the Covid-19 unit of the “Hopital Prive de la Loire”, in Saint-Etienne, on November 6, 2020. (Photo by Jeff Pachoud/AFP Photo) 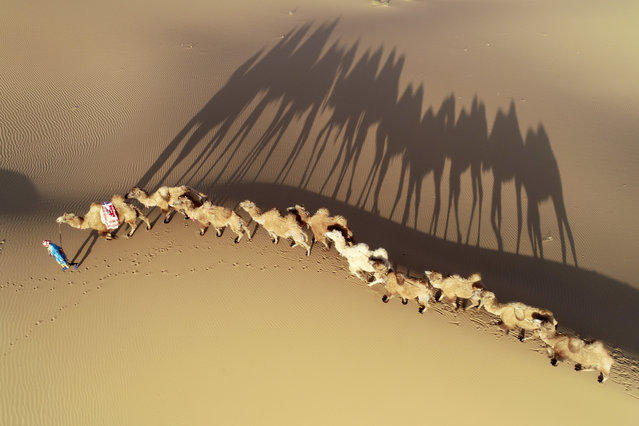 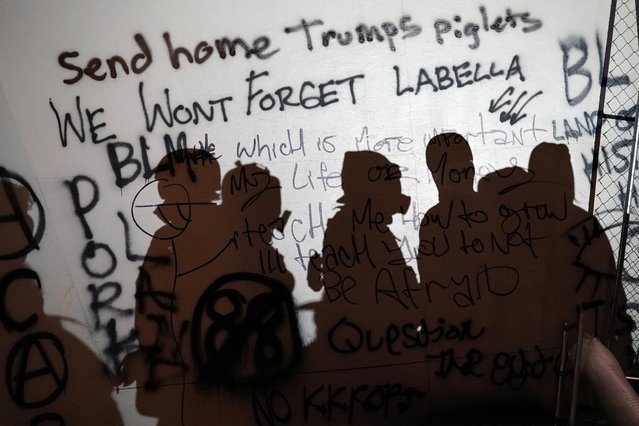 The silhouette of demonstrators is seen against a wall covered in graffiti during a protest against racial inequality in front of the federal courthouse in Portland, Oregon, U.S. July 17, 2020. (Photo by Nathan Howard/Reuters) 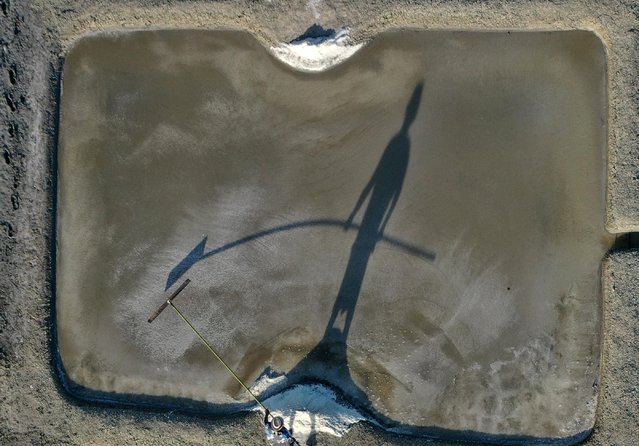 A salt farmer harvests salt in the salt marshes in Batz-sur-Mer, France, May 28, 2020. (Photo by Pascal Rossignol/Reuters) 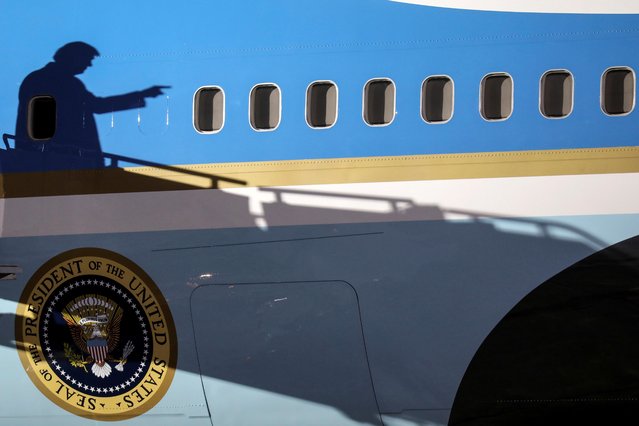 The shadow of U.S. President Donald Trump casts on Air Force One as he arrives for a campaign rally at Duluth International Airport in Duluth, Minnesota, U.S., September 30, 2020. (Photo by Leah Millis/Reuters) 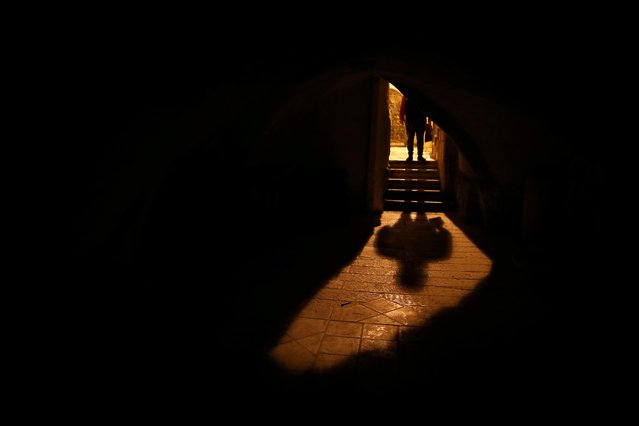 A man is silhouetted as he walks in an alley at night amid the coronavirus disease (COVID-19) crisis, in Jerusalem's Old City on November 25, 2020. (Photo by Ammar Awad/Reuters) 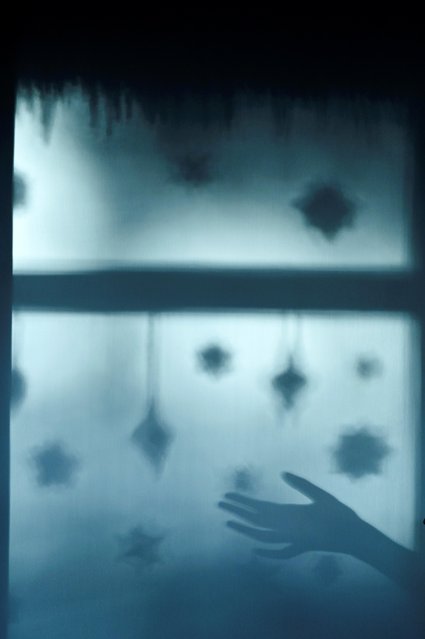 The shadow of a person's hand and Christmas window decorations are seen cast on an opposing wall in Galway, Ireland, December 18, 2020. (Photo by Clodagh Kilcoyne/Reuters) 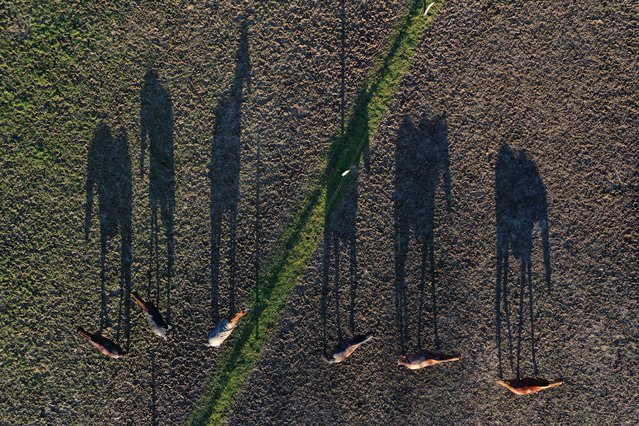 This aerial picture taken on January 25, 2021 shows shadows of horses in their meadow in Saint-Gondran, western France. (Photo by Damien Meyer/AFP Photo) 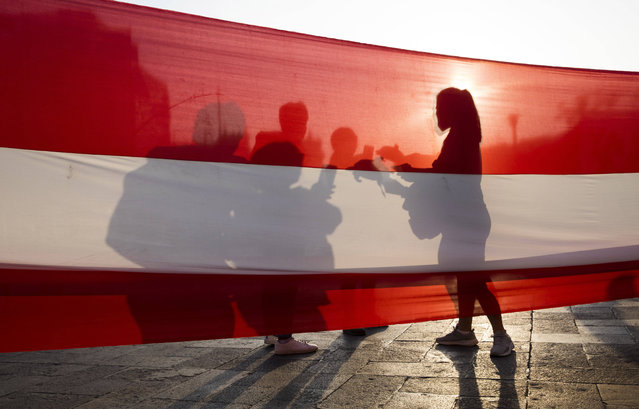 Demonstrators are silhouetted on a Peruvian flag before a march to demand significant social changes and a new constitution from the government of new interim president Francisco Sagasti, in Lima, Peru, Wednesday, November 18, 2020. The march comes a day after the Peruvian Congress swore-in Sagasti, its third president in just over a week. (Photo by Rodrigo Abd/AP Photo) 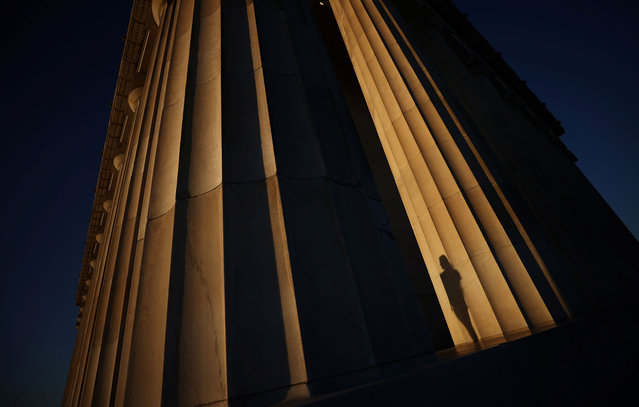 A woman casts her shadow on the Lincoln Memorial during sunrise in Washington, U.S. November 16, 2020. (Photo by Hannah McKay/Reuters) 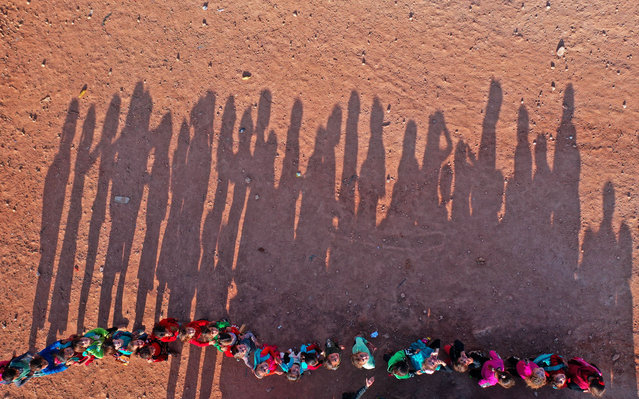 An aerial view taken on October 6, 2020, shows displaced Syrian youths standing in a queue ahead of classes, after tents were transformed to classrooms, at a camp for the internally displaced in the town Maarrat Misrin in Syrias northwestern Idlib province. (Photo by Omar Haj Kadour/AFP Photo) 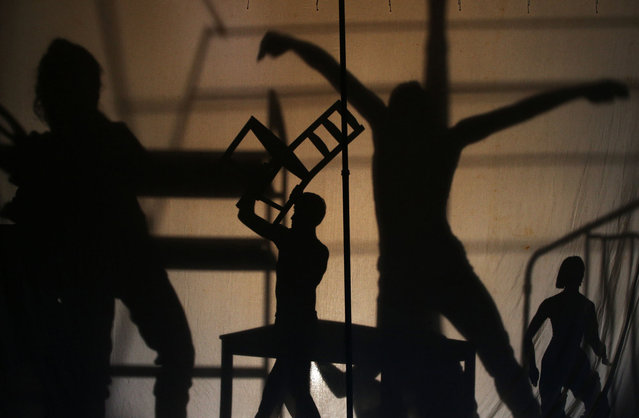