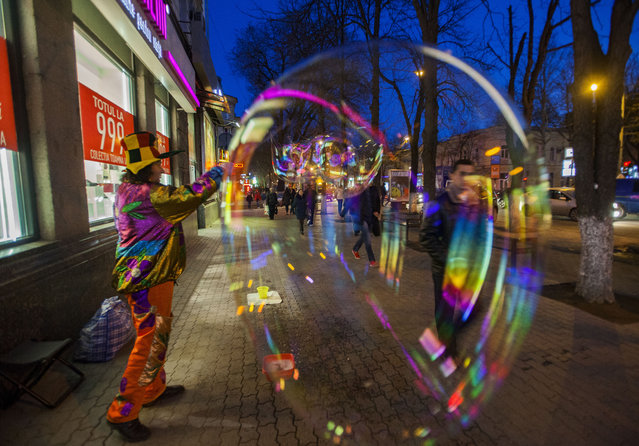 A man dressed as a clown makes huge soap bubbles, as part of Martisor, in downtown Chisinau, Moldova, on 01 March 2016. The Martisor is a traditional souvenir in Moldova and Romania, which is given to loved ones, in the first days of spring. The tradition is to celebrate life after winter. It was previously called “dachia dragobete” – the end of winter. (Photo by Dumitru Doru/EPA) 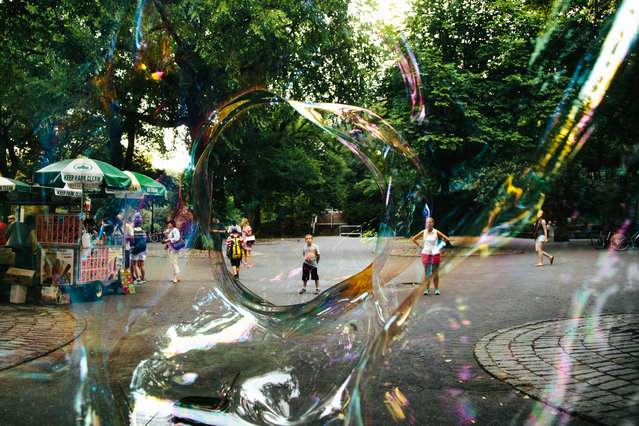 A boy can be seen through a giant soap bubble in Central Park in New York, New York, USA, 02 August 2017. (Photo by Alba Vigaray/EPA) 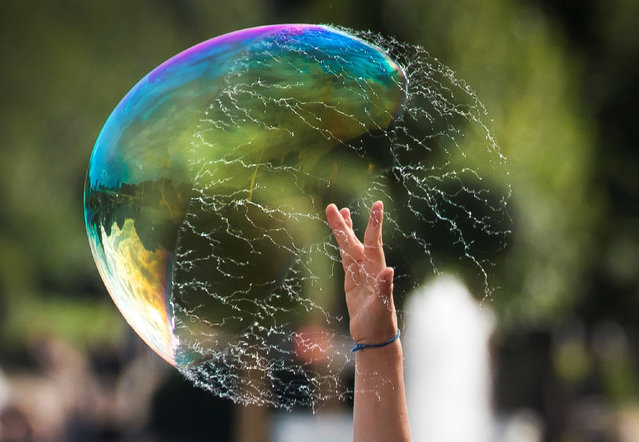 A boy bursts a soap-bubble at Gorky Park in Moscow on July 19, 2017. (Photo by Mladen Antonov/AFP Photo) 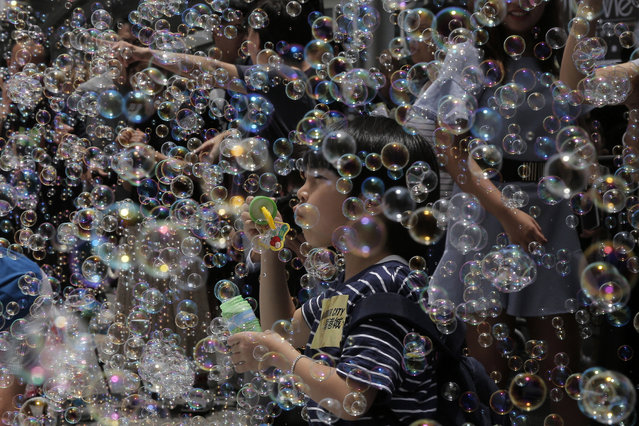 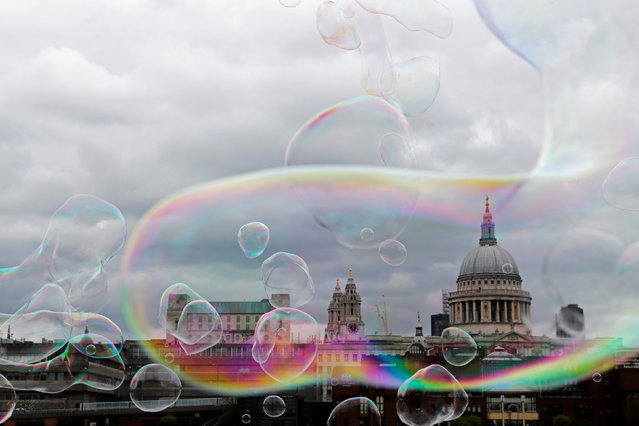 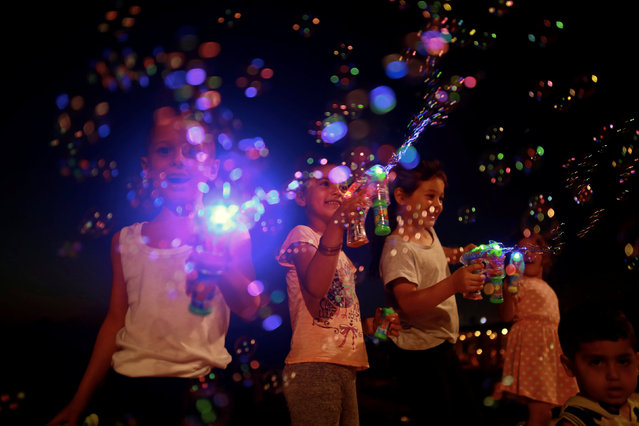 Children play with bubble toy guns along the shore of the Mediterranean Sea during the Muslim holiday of Eid al-Fitr, in Tel Aviv, Israel June 27, 2017. (Photo by Amir Cohen/Reuters) 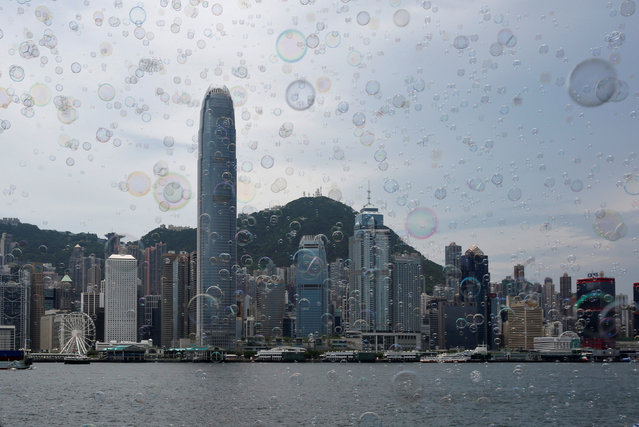 Bubbles are seen in front of the skyline of the financial Central district, during a “Bubble Up” show by Japanese artist Shinji Ohmaki, outside Harbour City mall in Hong Kong, China August 2, 2017. (Photo by Bobby Yip/Reuters) 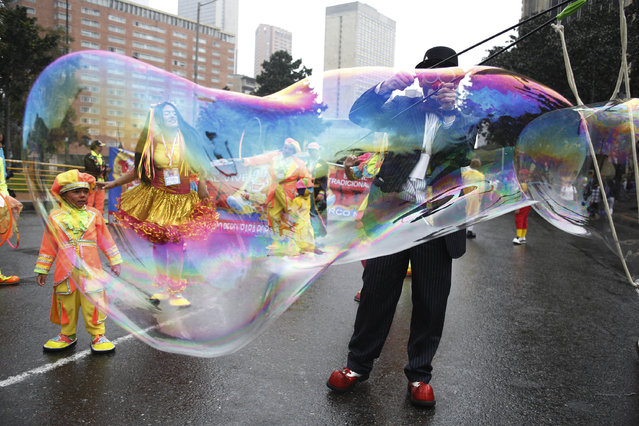 A clown creates a huge bubble during an anti-government protest in Bogota, Colombia, Tuesday, May, 9, 2017. Members of the National Union of Circus Artists from across the country marched in Bogota to protest the government's economic policies, demand better job opportunities and better access to healthcare. (Photo by Fernando Vergara/AP Photo) 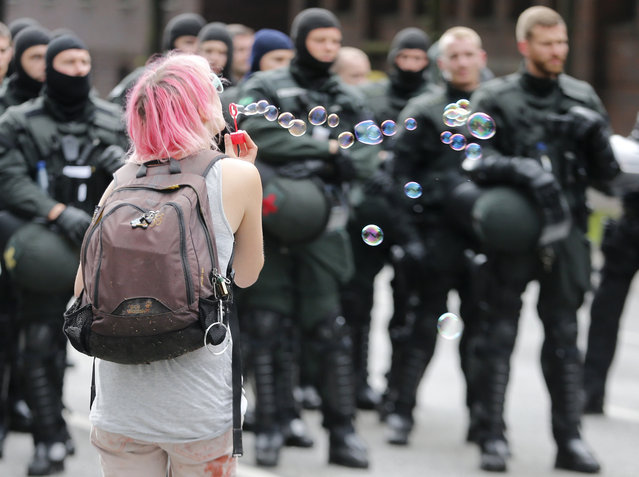 A protestor blows soap bubbles in front of riot police during a protest on the second day of the G-20 summit in Hamburg, northern Germany, Saturday, July 8, 2017, where the leaders of the group of 20 met for two days. (Photo by Michael Probst/AP Photo) 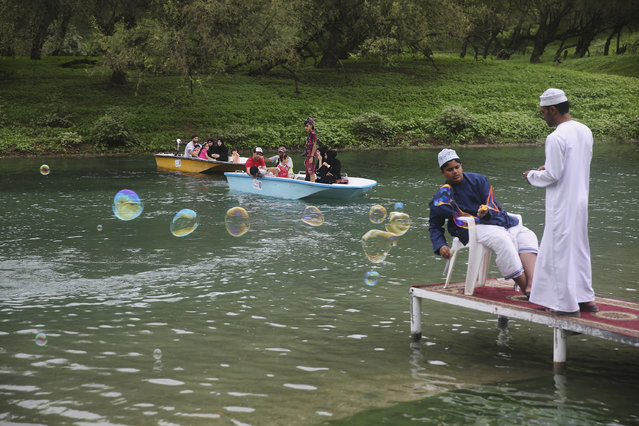 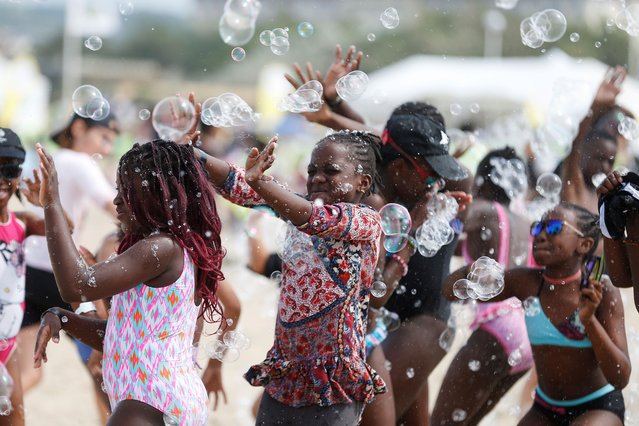 Children play with soap bubble along the beach in Deauville, northwestern France, on August 23, 2017 as part of the “Forgotten by the Holidays” campaign organised by the French NGO Secours Populaire for children whose families can not afford to go on holidays. (Photo by Charly Triballeau/AFP Photo)
Edit Del
13 Dec 2017 07:30:00, post received 0 comments
Publication archive:
←   →
Popular tags:
All tags
Last searches: