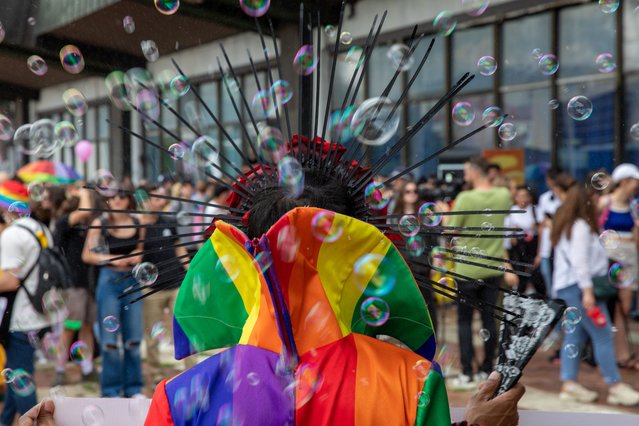 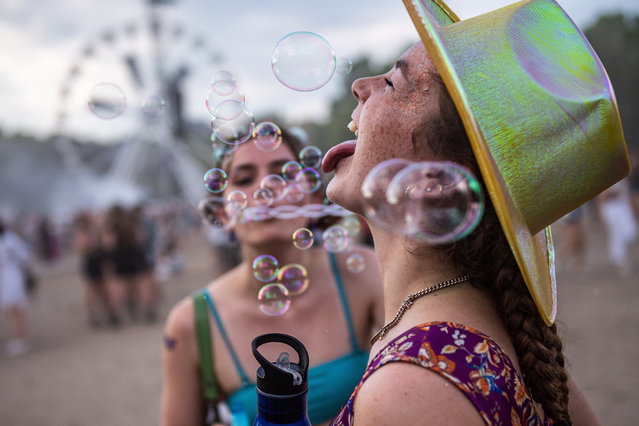 Festival goers blow soap-bubbles at the 28th Sziget (Island) Festival on Shipyard Island, Northern Budapest, Hungary, 15 August 2022. The festival is one of the biggest cultural events of Europe offering art exhibitions, theatrical and circus performances and above all music concerts. (Photo by Marton Monus/EPA/EFE) 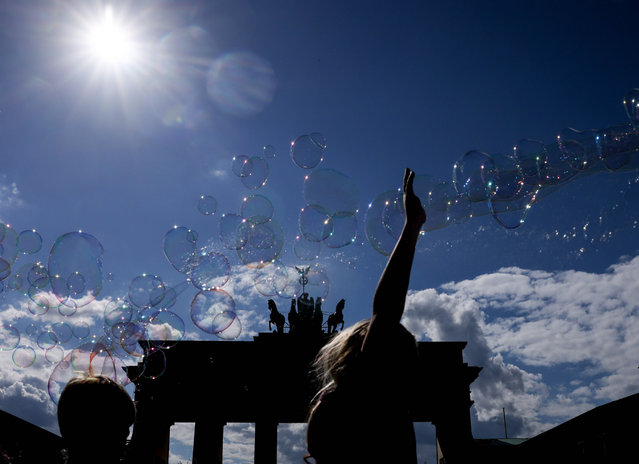 Children enjoy to chase soap bubbles under a blue sky in front of the landmark Brandenburg Gate with the Quadriga in Berlin, Germany, 02 August 2021. According to weather forecasts for the German capital, the next days are expected to bring temperatures at of 21 degrees Celsius and more, in Berlin. (Photo by Filip Singer/EPA/EFE) 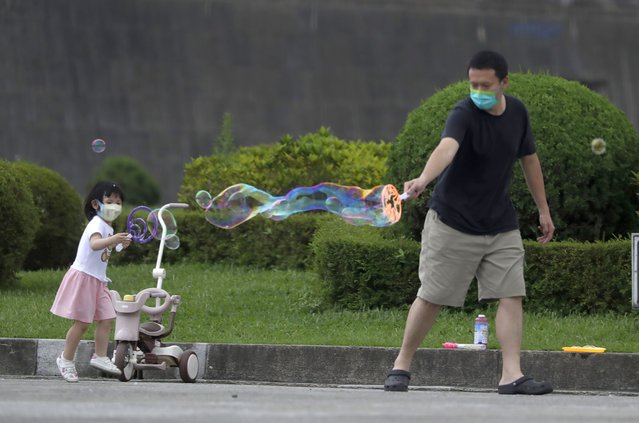 People wear face masks to protect against the spread of the coronavirus in Taipei, Taiwan, Wednesday, April 27, 2022. (Photo by Chiang Ying-ying/AP Photo) 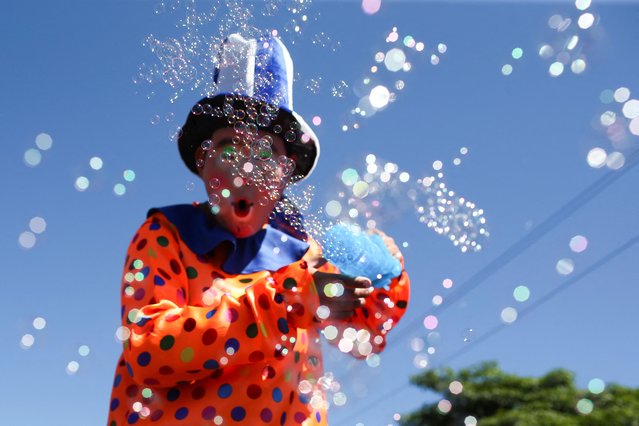 A clown performs during the opening parade of the festivities of El Divino Salvador del Mundo (The Divine Savior of The World), patron saint of the capital city of San Salvador, El Salvador on August 1, 2022. (Photo by Jose Cabezas/Reuters) 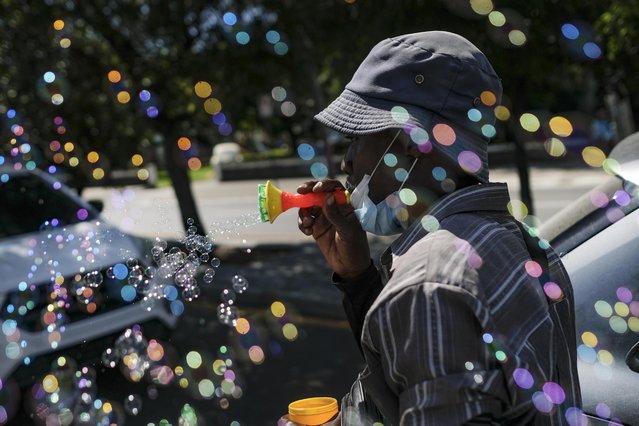 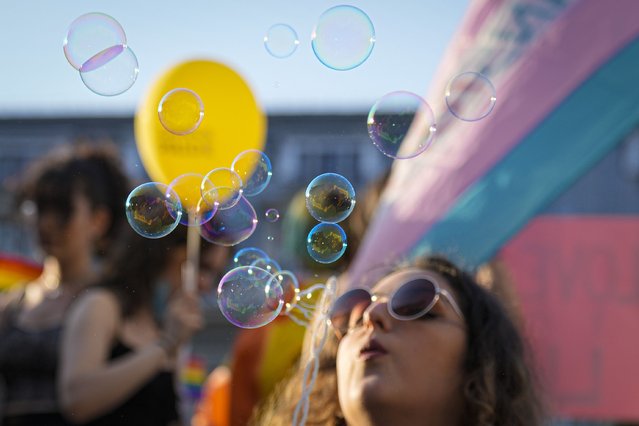 Buildings are reflected in soap balloons during the Bucharest Pride 2021 in Bucharest, Romania, Saturday, August 14, 2021. The 20th anniversary of the abolishment of Article 200, which authorized prison sentences of up to five years for same-s*x relations, was one cause for celebration during the gay pride parade and festival held in Romania's capital this month. People danced, waved rainbow flags and watched performances at Bucharest Pride 2021, an event that would have been unimaginable a generation earlier. (Photo by Vadim Ghirda/AP Photo) 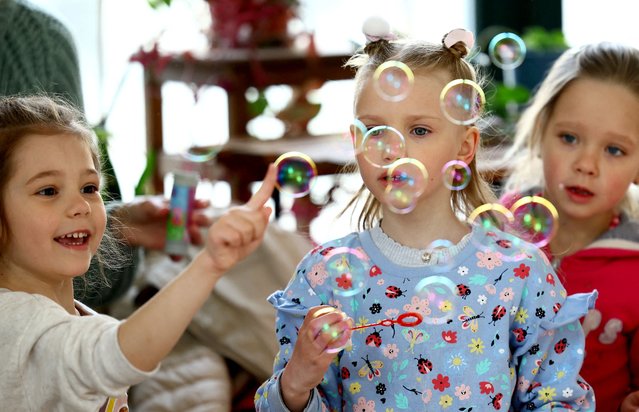 Children who fled Ukraine play before the beginning of “Classroom for Ukraine”, a school project launched by Arche as Russia's invasion of Ukraine continues in Berlin, Germany, March 31, 2022. (Photo by Lisi Niesner/Reuters) 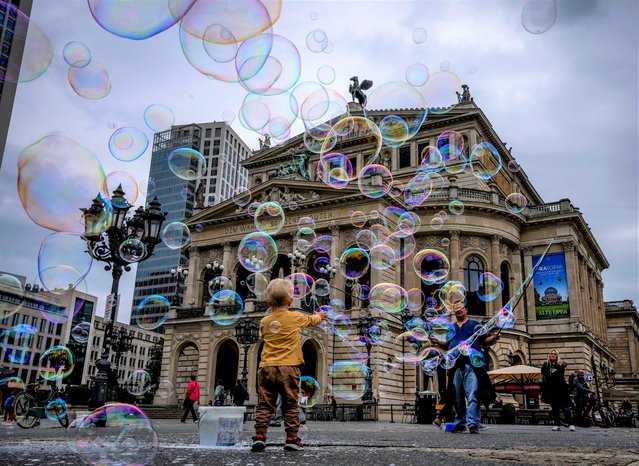 A boy plays with bubbles made by a soap bubble artist in front of the Old Opera in Frankfurt, Germany, Tuesday, August 17, 2021. (Photo by Michael Probst/AP Photo) 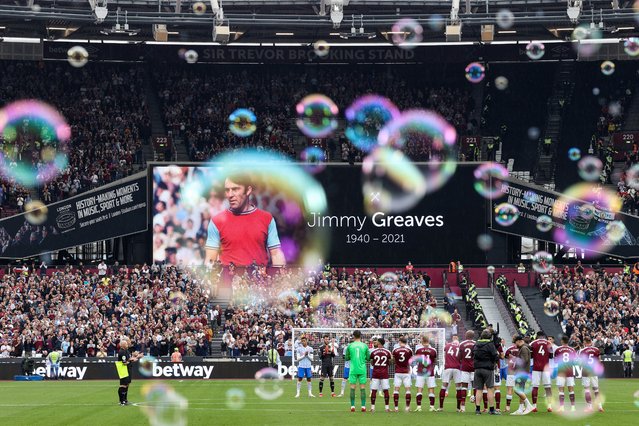 Bubbles float around The London Stadium as players and fans alike pay tribute to Jimmy Greaves who passed away earlier in the day ahead of the Premier League match between West Ham United and Manchester United at London Stadium on September 19, 2021 in London, England. (Photo by Charlotte Wilson/Offside/Offside via Getty Images) 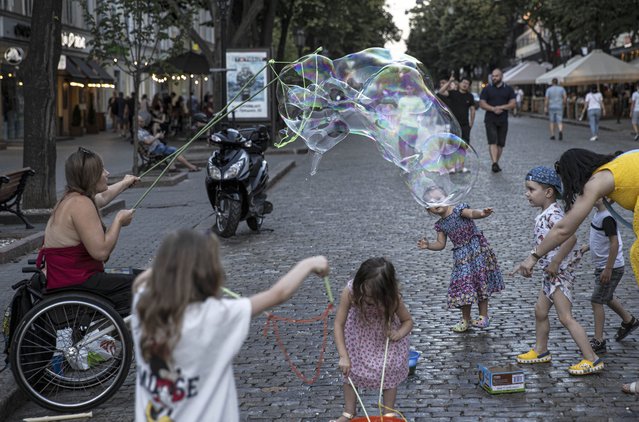 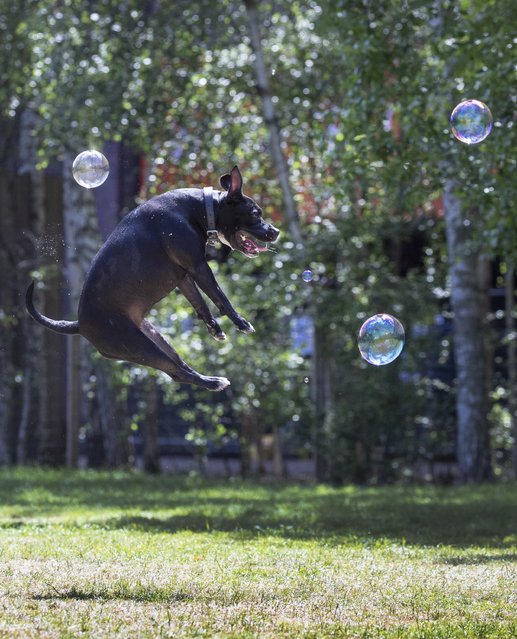 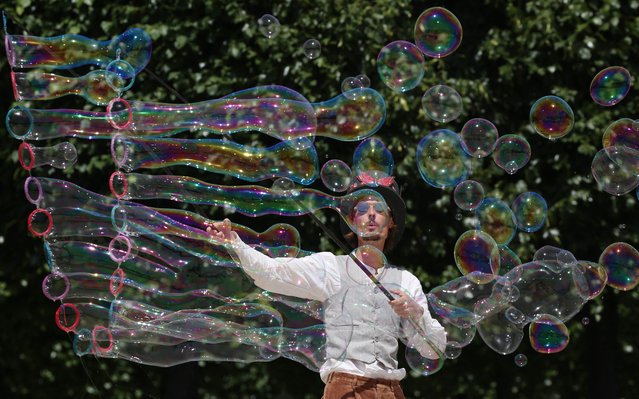 A street artiste blows bubbles during a performance on a street in Paris on June 17, 2022, as a heatwave sweeps across much of France and Europe. French officials have urged caution as a record pre-summer heatwave spread across the country from Spain, where authorities were fighting forest fires on a sixth day of sweltering temperatures. The Meteo France weather service said it was the earliest hot spell ever to hit the country, worsening a drought caused by an unusually dry winter and spring, and raising the risk of wildfires. (Photo by Stefano Rellandini/AFP Photo) 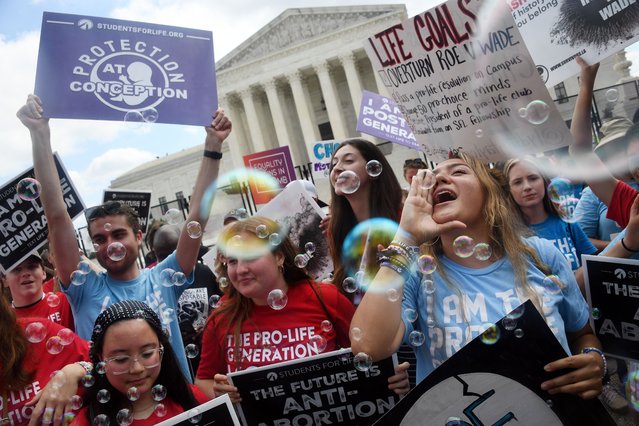 Anti-abortion campaigners celebrate outside the US Supreme Court in Washington, DC, on June 24, 2022. The US Supreme Court on Friday ended the right to abortion in a seismic ruling that shreds half a century of constitutional protections on one of the most divisive and bitterly fought issues in American political life. The conservative-dominated court overturned the landmark 1973 “Roe v Wade” decision that enshrined a woman's right to an abortion and said individual states can permit or restrict the procedure themselves. (Photo by Olivier Douliery/AFP Photo) 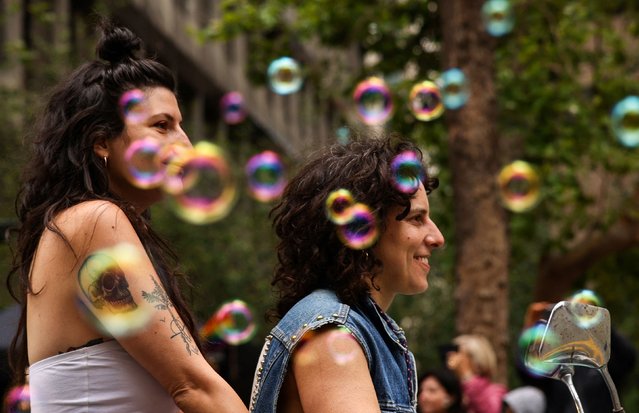