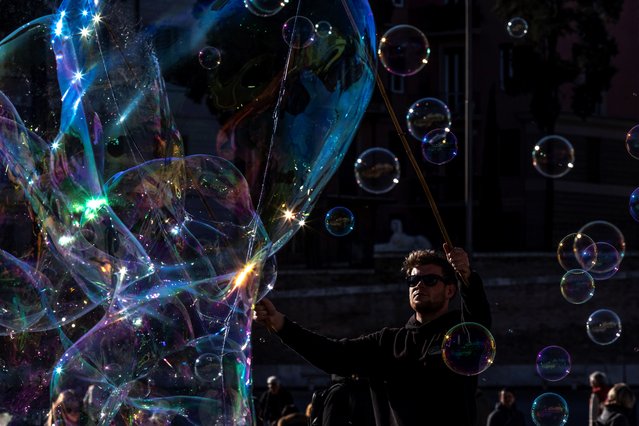 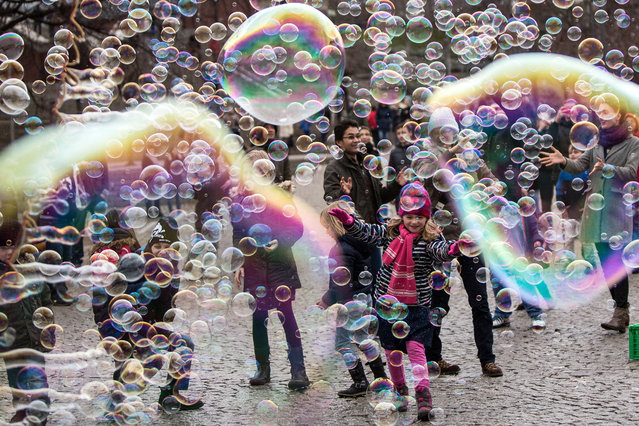 Visitors and children play with big and small bubbles in Cologne, Germany, 03 January 2016. The weather in Germany is divided between mild temperatures in the south-west, where as the north of the country is being subject to Siberian cold air. (Photo by Maja Hitij/EPA/EFE) 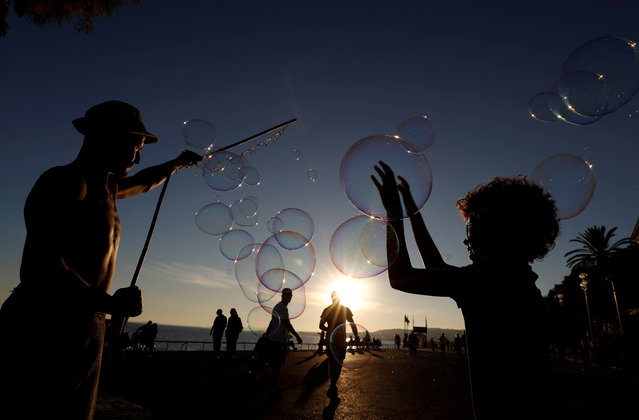 A street artist performs during a warm and sunny autumn day on the Promenade des Anglais in Nice, France on October 24, 2018. (Photo by Eric Gaillard/Reuters) 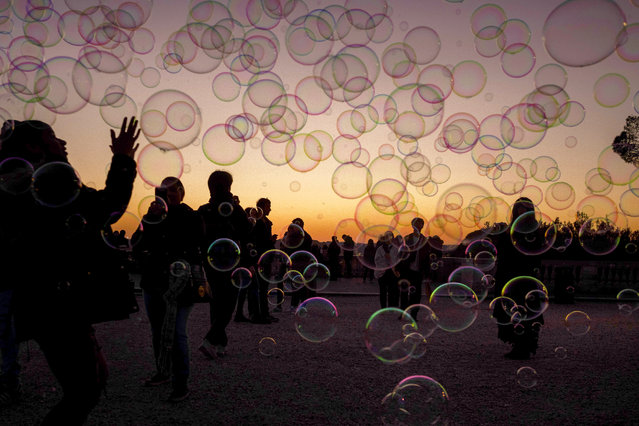 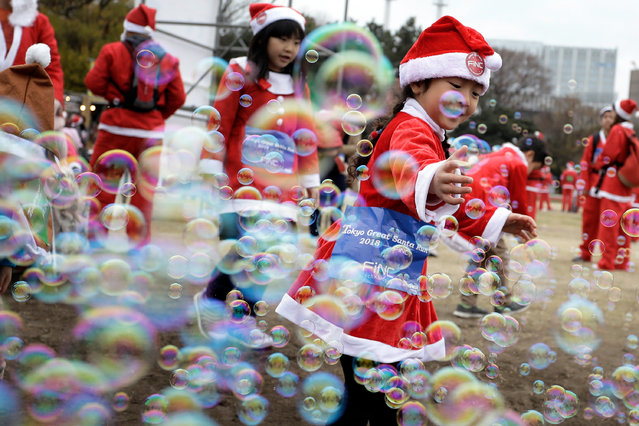 A girl dressed in a Santa Claus costume plays with bubbles prior to the Tokyo Great Santa Run 2018 in Tokyo, Japan, 23 December 2018. Some 2,500 participants took part in the event. (Photo by Kiyoshi Ota/EPA/EFE) 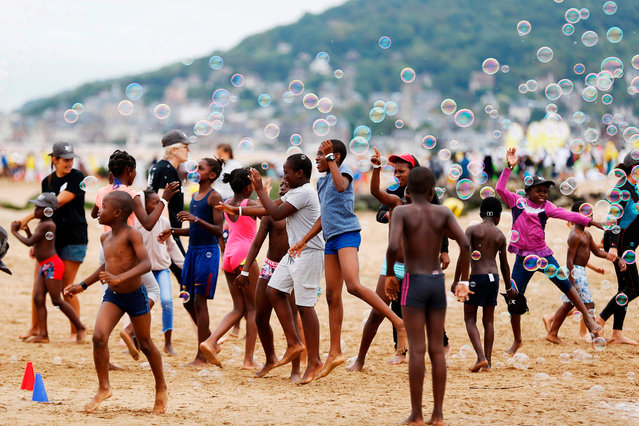 Children play on the beach in Cabourg, northwestern France, on August 22, 2018 as part of the “Forgotten by the Holidays” campaign organised by the French NGO Secours Populaire for children whose families can not afford to go on holidays. (Photo by Charly Triballeau/AFP Photo) 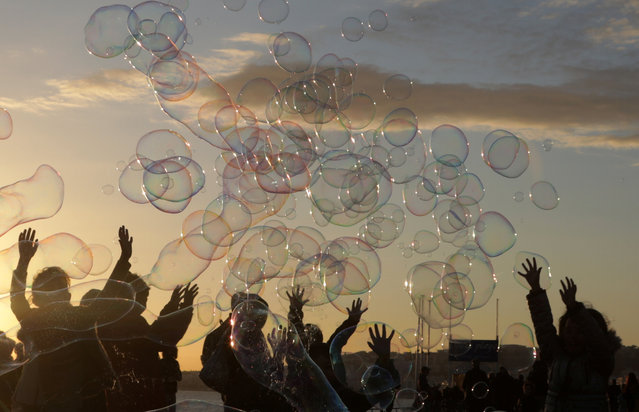 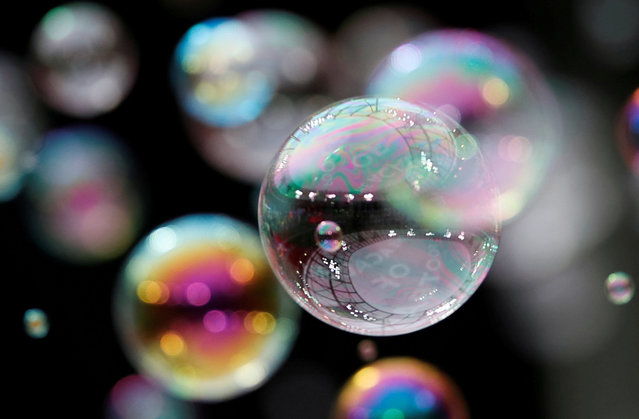 General view of bubbles during the Premier League match between West Ham United and Manchester City at London Stadium on April 29, 2018 in London, England. (Photo by David Klein/Reuters) 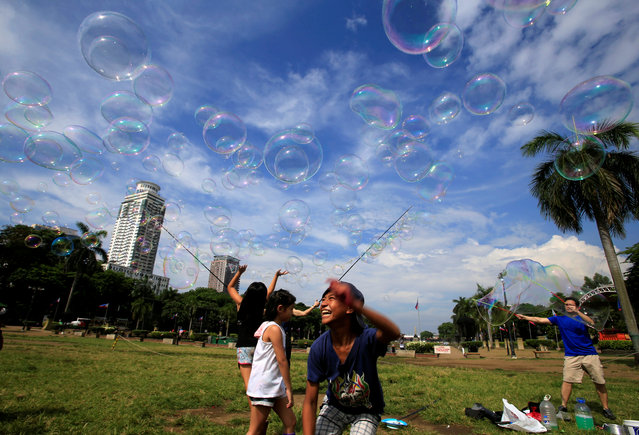 Children play with soap bubbles created by a street performer at Rizal park in Luneta, metro Manila, Philippines on May 16, 2018. (Photo by Romeo Ranoco/Reuters) 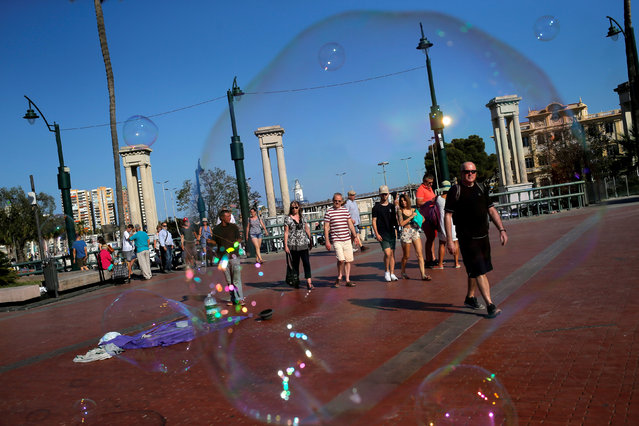 Tourists are pictured through a soap bubble created by a street performer in downtown Malaga, Spain, June 20, 2018. (Photo by Jon Nazca/Reuters) 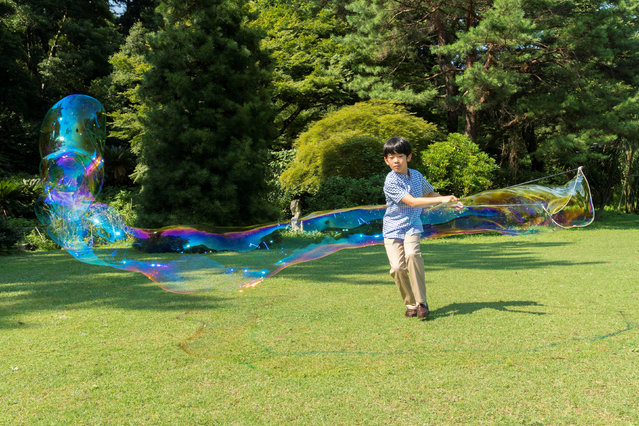 Japan's Prince Hisahito, the only son of Prince Akishino and Princess Kiko, makes soap bubbles on the grounds of the Akasaka Estate in Tokyo, Japan in this handout picture taken August 10, 2018, and provided by the Imperial Household Agency of Japan. Prince Hisahito turned 12 years old on September 6, 2018. (Photo by Imperial Household Agency of Japan/Handout via Reuters) 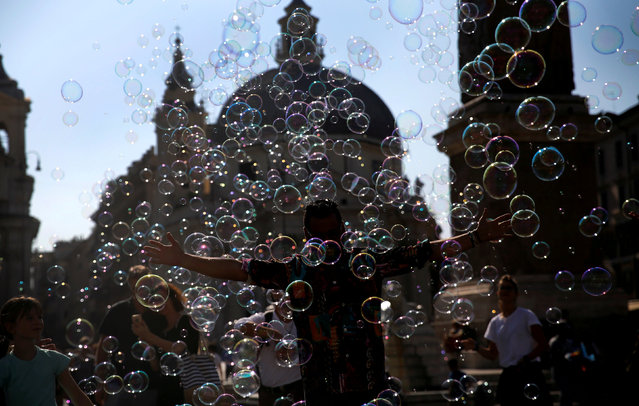 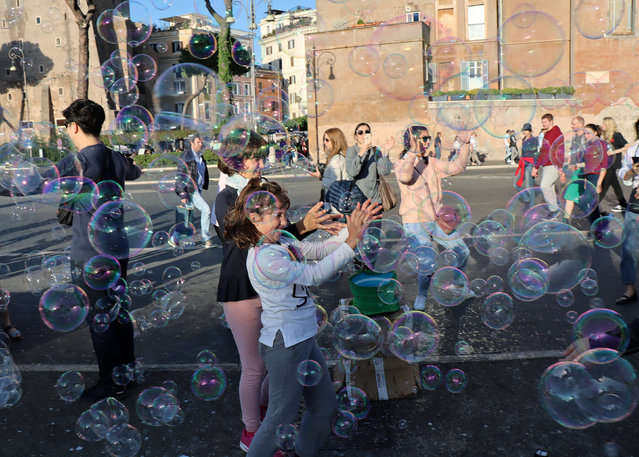 Tourists play with bubbles in Rome, Italy on October 26, 2018. (Photo by Ahmed Jadallah/Reuters) 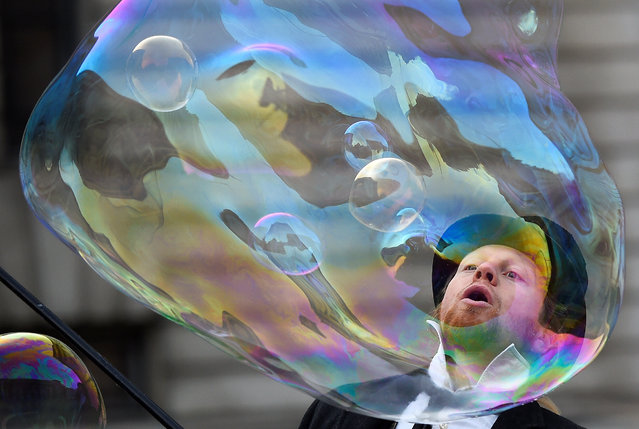 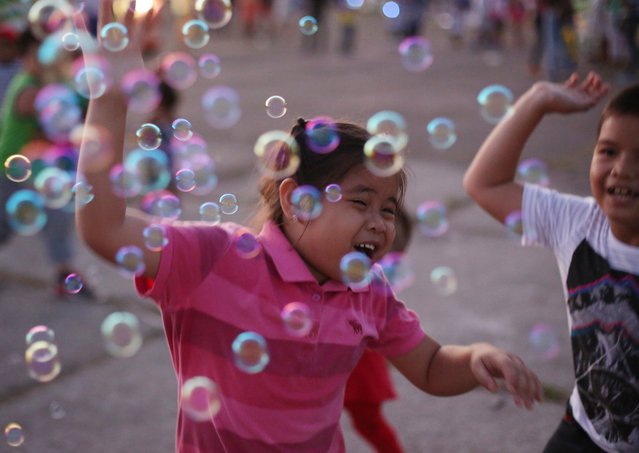 Filipino children play with bubbles at a public park as the long Christmas season holidays come to an end in this largely Roman Catholic nation on Sunday, January 3, 2016, in suburban Quezon city, north of Manila, Philippines. (Photo by Aaron Favila/AP Photo) 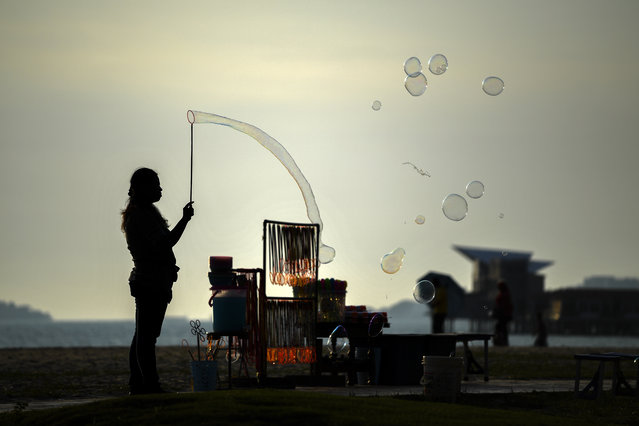 A vendor makes bubbles to attract customers at the Saujana Beach in Port Dickson on September 28, 2018. (Photo by Mohd Rasfan/AFP Photo) 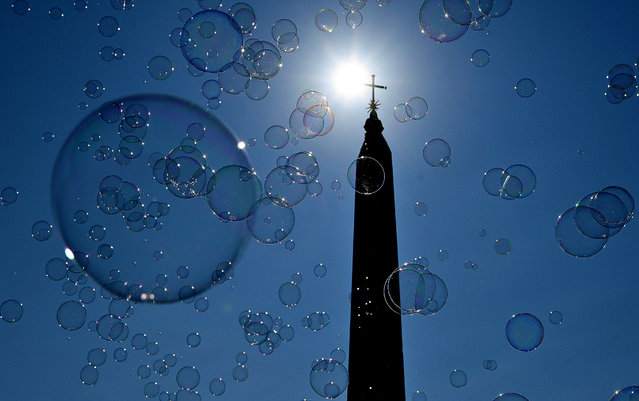 Soap bubbles are silhouetted against the sun and the Egyptian Flaminio obelisk on October 14, 2018 on Piazza del Popolo (People's Square) in central Rome. (Photo by Alberto Pizzoli/AFP Photo) 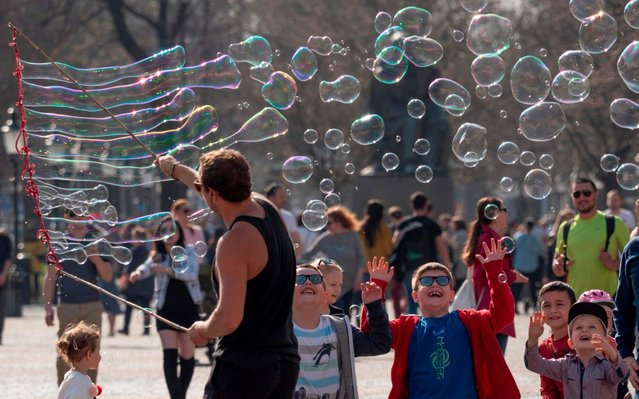 Children try to burst soap bubbles made by Polish busker Martin in front of the Slovak National Theatre in Bratislava, Slovakia on March 24, 2019. (Photo by Joe Klamar/AFP Photo) 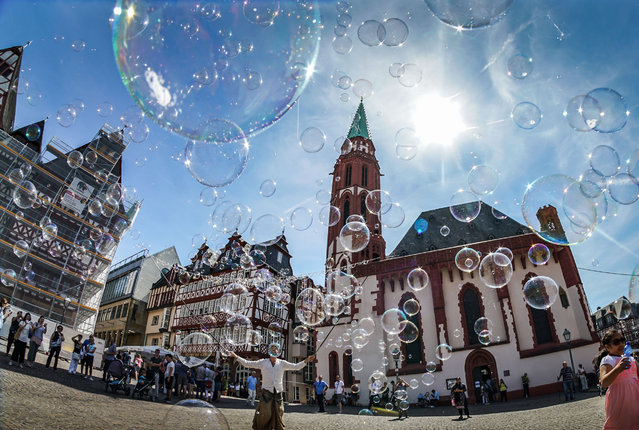