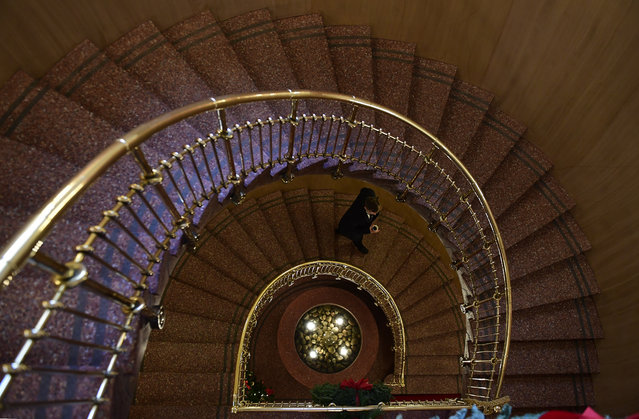 A man walks the stairway inside the Nobel Institute before a news conference of the 2016 Nobel Peace prize laureate in Oslo on December 9, 2016. (Photo by Tobias Schwarz/AFP Photo) 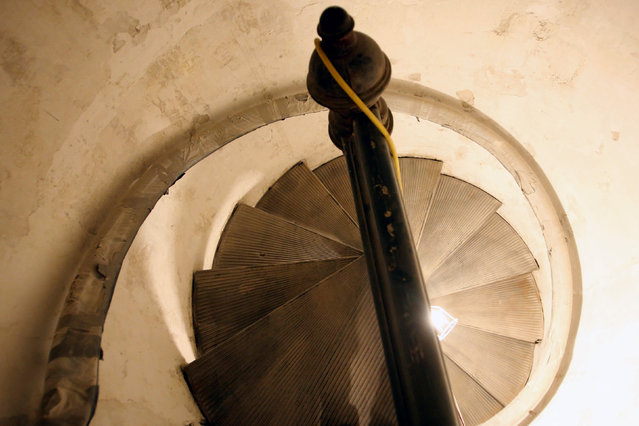 A view shows the spiral staircase in former Canadian Prime Minister Alexander Mackenzie's office during a media tour of the restoration of West Block on Parliament Hill in Ottawa, Ontario, Canada, September 15, 2016. (Photo by Chris Wattie/Reuters) 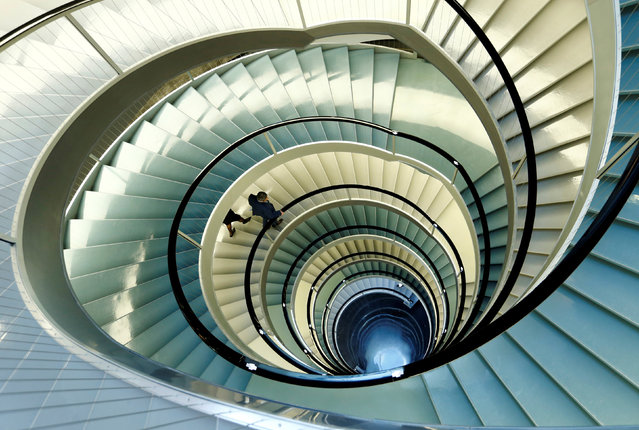 Employees walk down the stairs in the headquarters of world food giant Nestle in Vevey, Switzerland, October 20, 2016. (Photo by Denis Balibouse/Reuters) 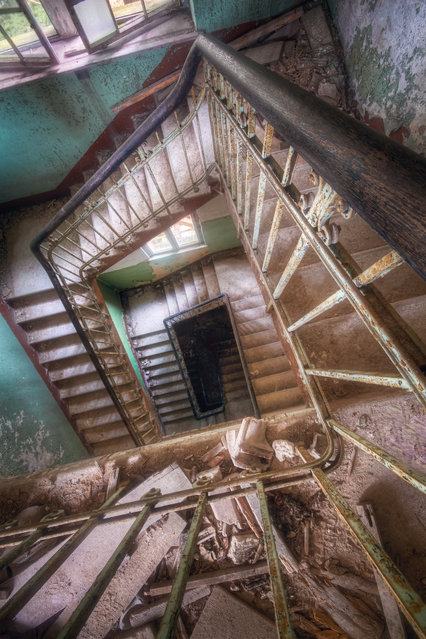 Inside the Beelitz Military Hospital in Germany, where Adolf Hitler was once a patient. (Photo by Roman Robroek/SWNS.com) 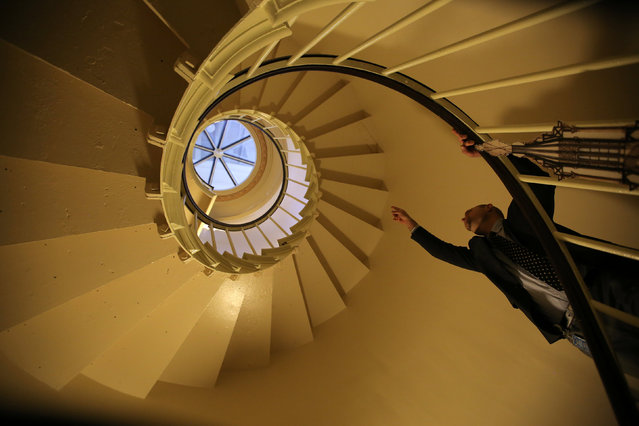 Construction Manager Shane Gallagher leads members of the media on a tour of the rebuilt cast-iron dome of the U.S. Capitol, which was formally completed on Tuesday on time for the inauguration of President-elect Donald Trump, in Washington, U.S., November 15, 2016. (Photo by Carlos Barria/Reuters) 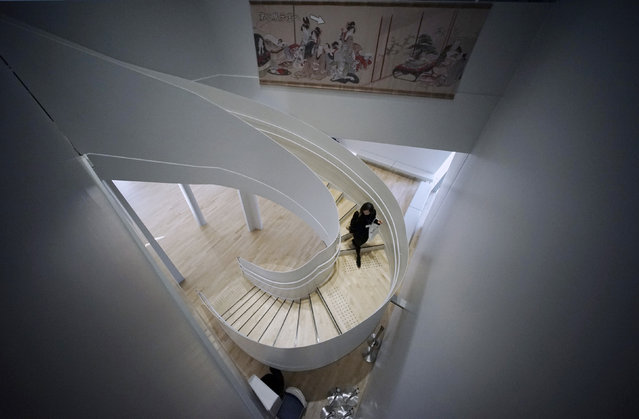 In this November 18, 2016 photo, a guest walks down the stairs during a press preview of the Sumida Hokusai Museum at Tokyo's Sumida Ward. The museum dedicated to Japanese woodblock print artist Katsushika Hokusai, creator of some of the most iconic art of the genre, opened Tuesday in the neighborhood he lived in some two centuries ago. (Photo by Eugene Hoshiko/AP Photo) 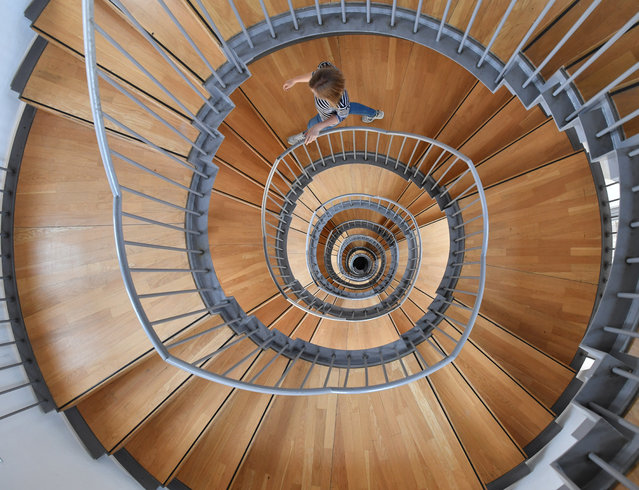 A woman walks down a spiral staircase at Gottesaue castle in Karlsruhe, Germany, 30 June 2016. The castle houses the University of Music Karlsruhe. The castle dates back to the 16th century. (Photo by Uli Deck/EPA) 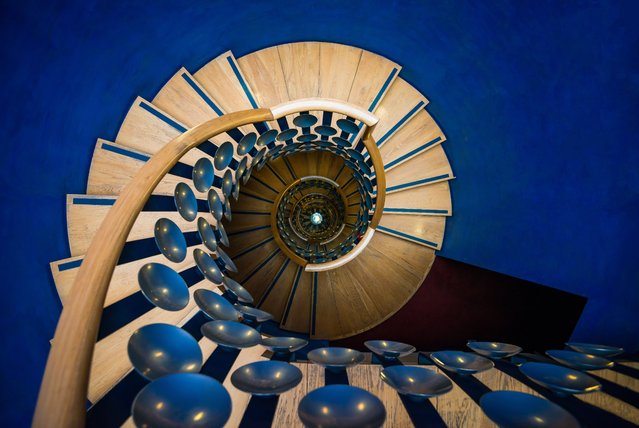 It’s enough to make your head spin. The photographer Katherine Young set out to shoot spiral staircases in London, England to great effect, including this shot she calls the Downward Spiral Part III. (Photo by Katherine Young/Rex Features/Shutterstock) 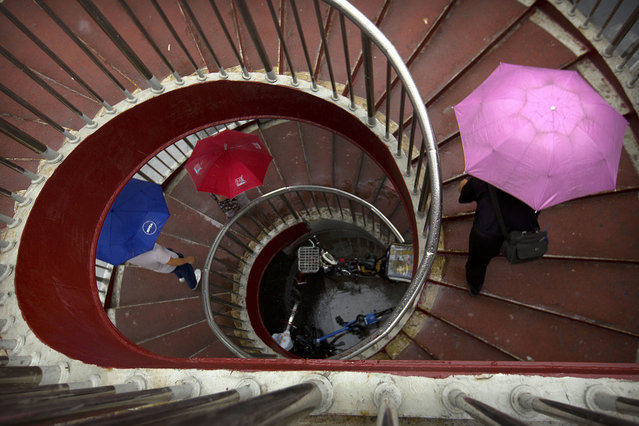 People holding umbrellas climb an outdoor staircase on a rainy day in Beijing, Thursday, June 22, 2017. Although Beijing is in a semi-dry climate, it receives much of its annual precipitation during the summer months. (Photo by Mark Schiefelbein/AP Photo) 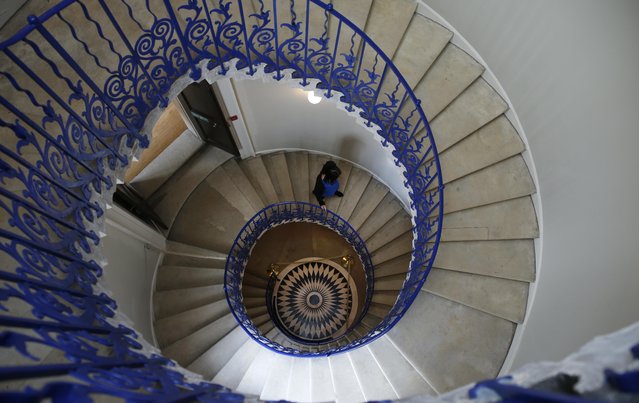 A member of staff for the Royal Museums in Greenwich walks down the “Tulip Stairs”, the first cantilevered stairs built in Britain, at the Queen's House, part of the Royal Museums Greenwich, in London, Tuesday, October 4, 2016. The Queen's House a 17th-century royal villa was the first Classical building in England, designed by renowned architect Inigo Jones, in 1616 for Anne Queen of Denmark, wife of King James I of England and Scotland. (Photo by Alastair Grant/AP Photo)
Edit Del
16 Aug 2017 07:18:00, post received 0 comments
Publication archive:
←   →
Popular tags:
All tags
Last searches: