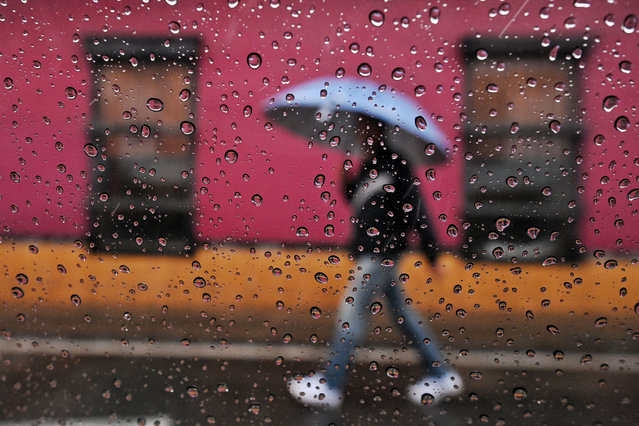 A man walks holding an umbrella under the rain in Cali, Colombia, on March 11, 2021. The Ideam (Institute of Hydrology, Meteorology and Environmental Studies) reported the increase of rainfall prior to the start of the rainy season in Colombia that will last until June and will be influenced by the La Niña phenomenon. (Photo by Luis Robayo/AFP Photo) 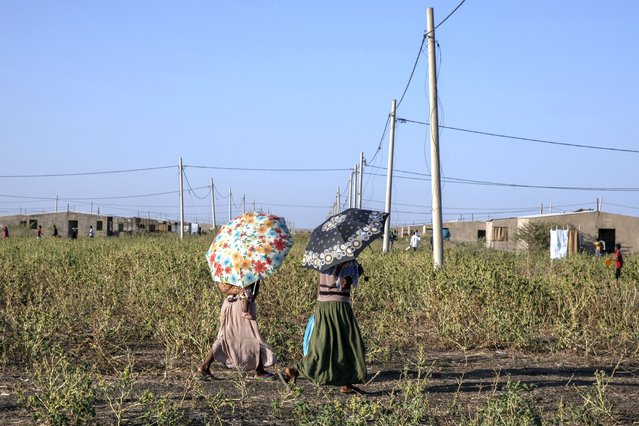 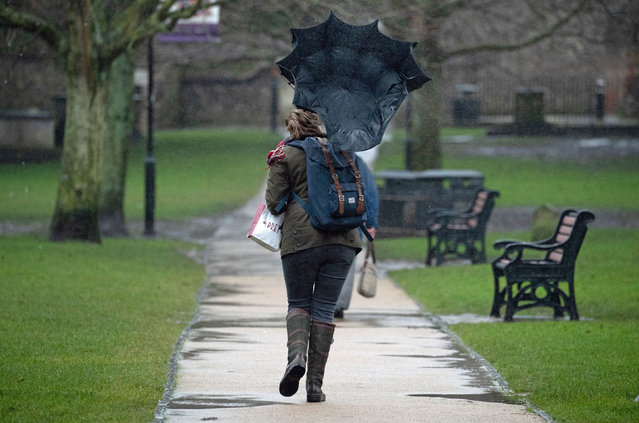 A gust of wind catches the umbrella of a person as they walk through the grounds of Winchester Cathedral in Winchester, Hampshire on January 20, 2021, as Storm Christoph is set to bring widespread flooding, gales and snow to parts of the UK. Heavy rain is expected to hit the UK, with the Met Office warning homes and businesses are likely to be flooded, causing damage to some buildings.(Photo by Andrew Matthews/PA Images via Getty Images) 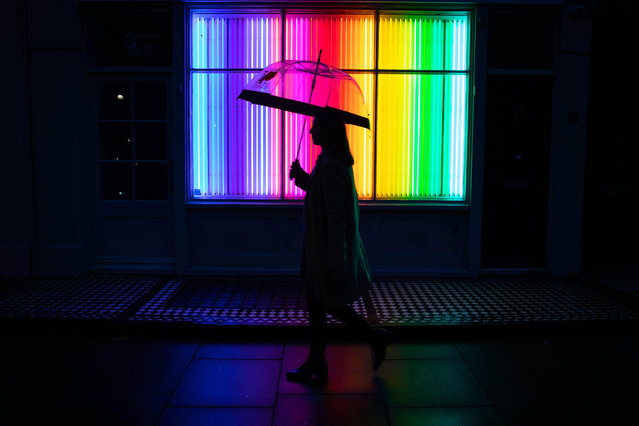 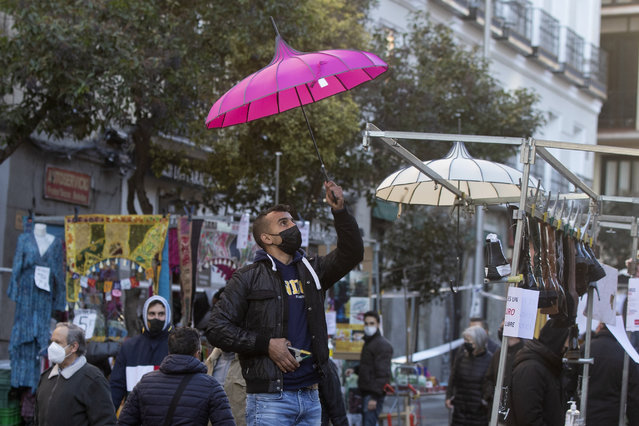 A stall-holder sets up his display in the Rastro flea market in Madrid, Spain, Sunday, November 22, 2020. Madrid's ancient and emblematic Rastro flea market reopened Sunday after a contentious eight-month closure because of the COVID-19 pandemic that has walloped the Spanish capital. (Photo by Paul White/AP Photo) 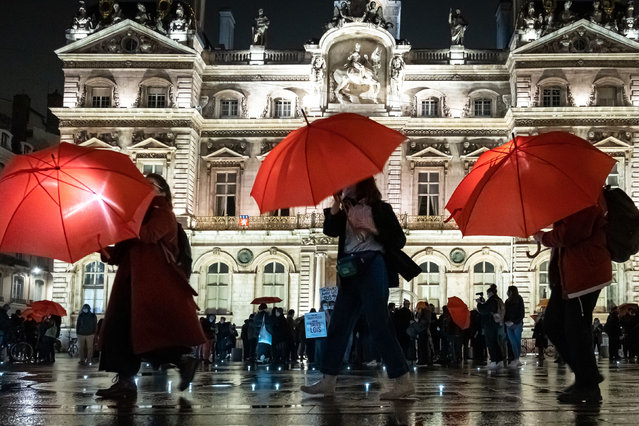 More than one hundred people holding a red umbrella gathered in Lyon, place des Terreaux, as part of the International Day for the Elimination of Violence against Sеx Workers in Lyon, France on December 17, 2020. (Photo by Konrad K./SIPA Press/Rex Features/Shutterstock) 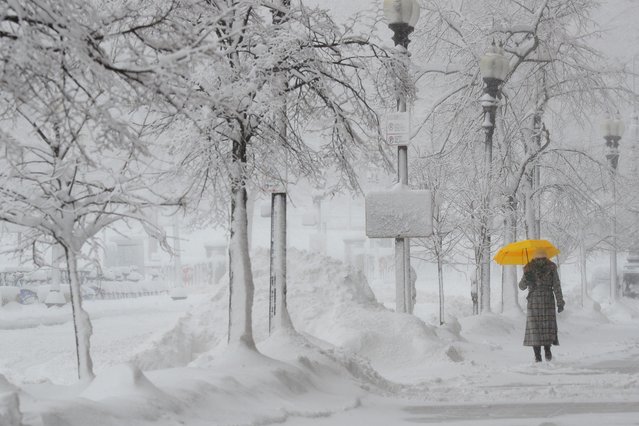 A pedestrian walks through the falling snow in Boston, Massachusetts, U.S., December 17, 2020. (Photo by Brian Snyder/Reuters) 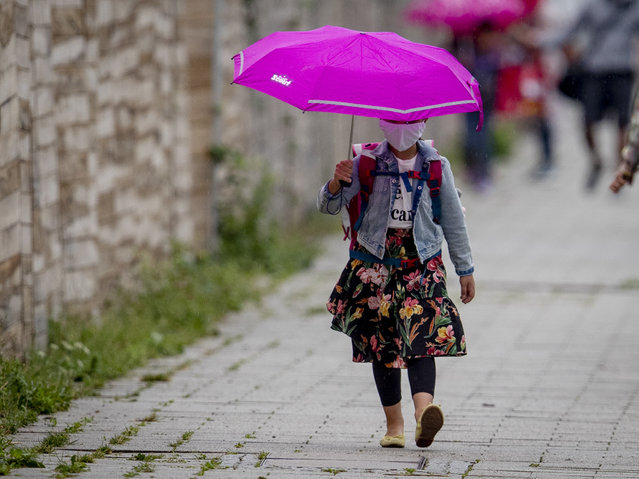 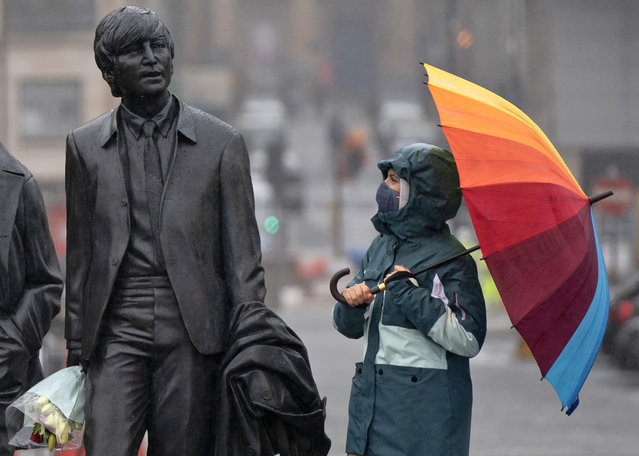 A youth wearing a face mask looks up at statue of John Lennon, part of a larger statue of The Beatles in Liverpool, England, Monday October 12, 2020, as Prime Minister Boris Johnson prepares to lay out a new three-tier alert system for England. The Liverpool City Region is expected to face the tightest restrictions under the new system, which will classify regions as being on “medium”, “high” or “very high” alert. (Photo by Jon Super/AP Photo) 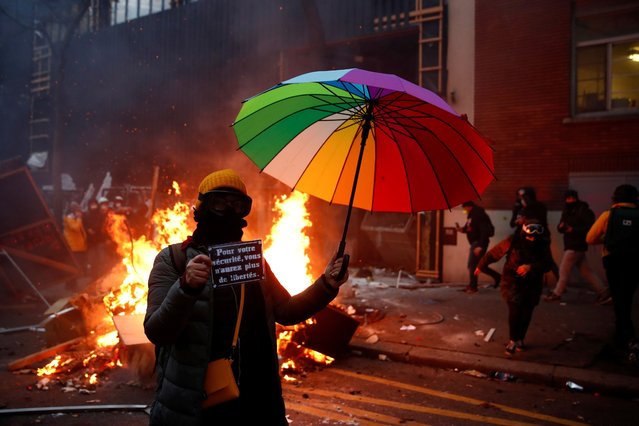 A demonstrator holds an umbrella and a sign reading “For your safety you will have no more freedoms” during a protest against the “Global Security Bill”, that right groups say would make it a crime to circulate an image of a police officer's face and would infringe journalists' freedom in the country, in Paris, France, December 5, 2020. (Photo by Gonzalo Fuentes/Reuters) 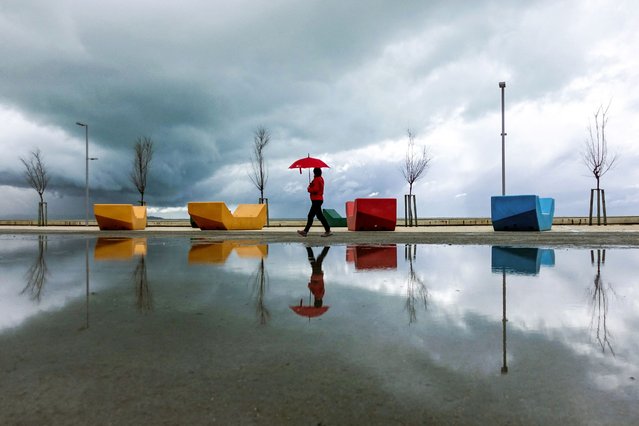 A woman with an umbrella walks over the promenade in the city of Durres, Albania on March 15, 2021. (Photo by Gent Shkullaku/AFP Photo) 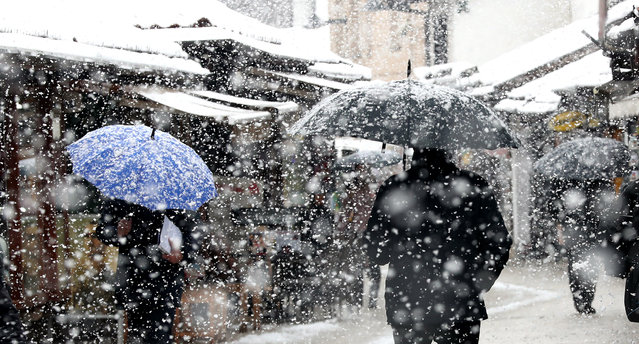 People walk under a heavy snowfall on a street in Sarajevo, Bosnia and Herzegovina, 15 March 2021. Meteorologists forecast snowy weather with low temperatures to continue in the upcoming days. (Photo by Fehim Demir/EPA/EFE) 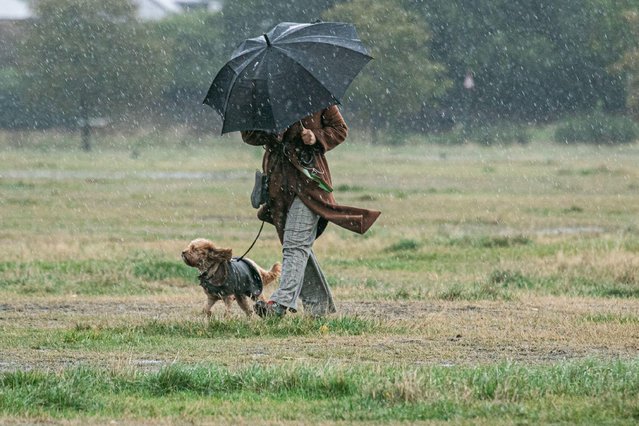 A woman walking with a dog battles through heavy rain and blustery conditions during the morning on Wimbledon Common in London on October 2, 2020 as storm Alex brings strong 70mph gale force winds to many parts of the UK. (Photo by Amer Ghazzal/Alamy Live News) 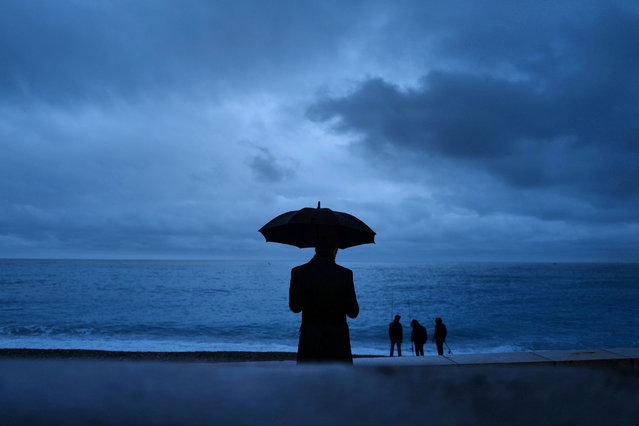 A man holds an umbrella as he stands on the beach looks towards the Mediterranean sea on the French riviera city of Nice, on a cloudy evening, on January 21, 2021. (Photo by Valery Hache/AFP Photo) 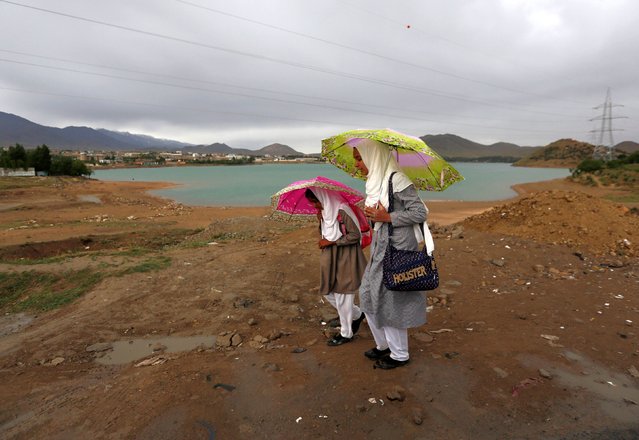