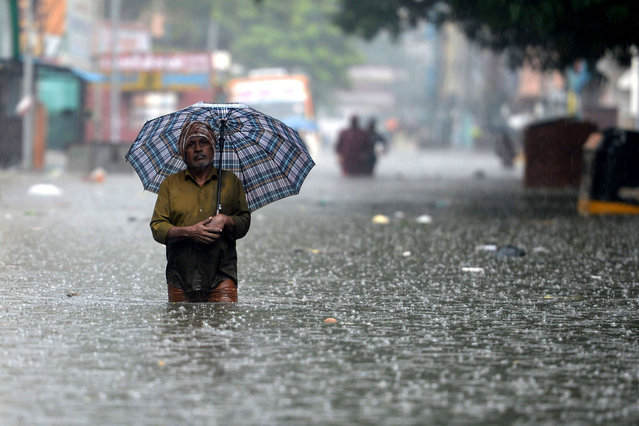 A man holds an umbrella as he wades through a flooded street after heavy monsoon rains in Chennai on November 8, 2021. (Photo by Arun Sankar/AFP Photo) 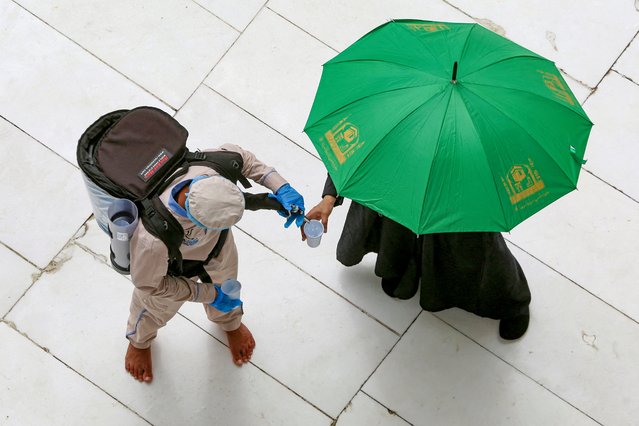 A worker offers water to a worshipper performing the farewell tawaf (circumambulation) around the Kaaba, Islam's holiest shrine, at the Grand mosque in the holy Saudi city of Mecca on July 22, 2021. (Photo by AFP Photo) 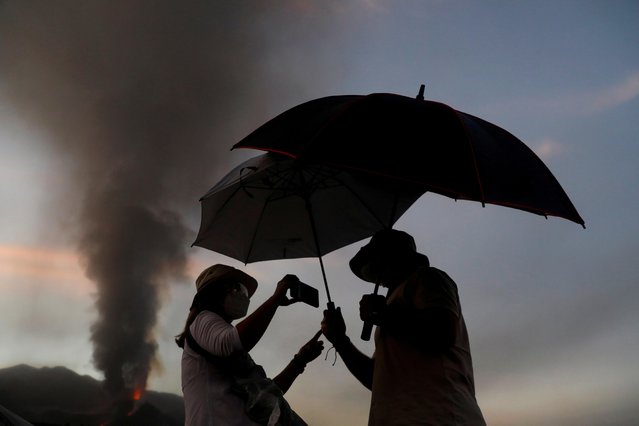 People shelter from volcanic ashes as they watch the Cumbre Vieja volcano erupting on the Canary Island of La Palma, as seen from Tajuya, Spain, October 18, 2021. (Photo by Susana Vera/Reuters) 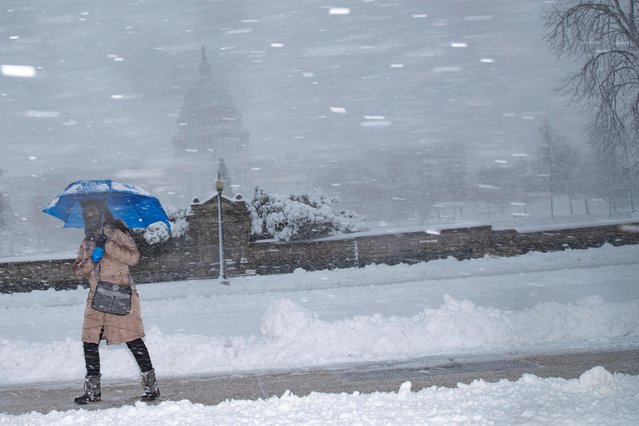 A visitor uses an umbrella along the National Mall during a snow storm on Capitol Hill in Washington, U.S., January 3, 2022. (Photo by Tom Brenner/Reuters) 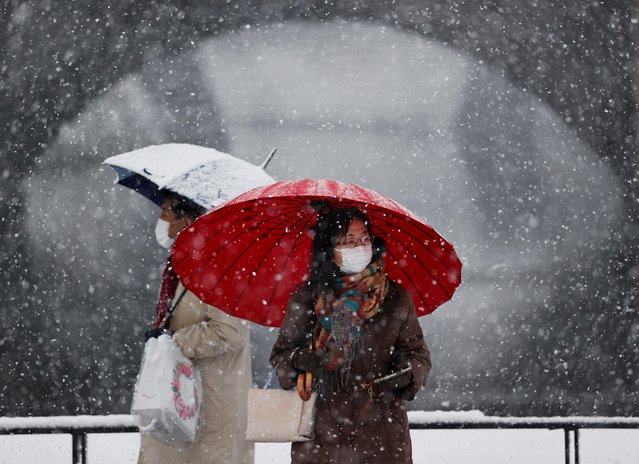 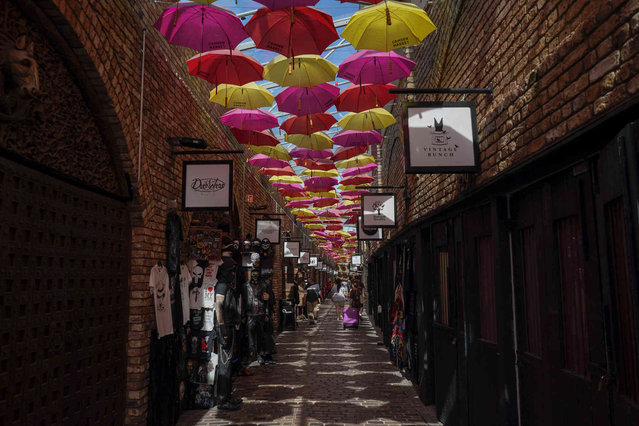 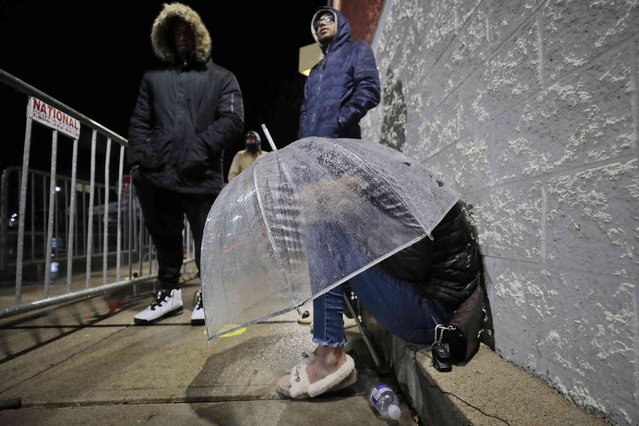 Victoria Burrell takes shelter from the rain and cold, under her umbrella, as she and fellow Black Friday shoppers wait for the doors of Best Buy in Dartmouth, Mass., to open at 5am on Friday, November 26, 2021. Retailers are expected to usher in the unofficial start to the holiday shopping season today with bigger crowds than last year in a closer step toward normalcy. But the fallout from the pandemic continues to weigh on businesses and shoppers’ minds. (Photo by Peter Pereira/The Standard-Times via AP Photo) 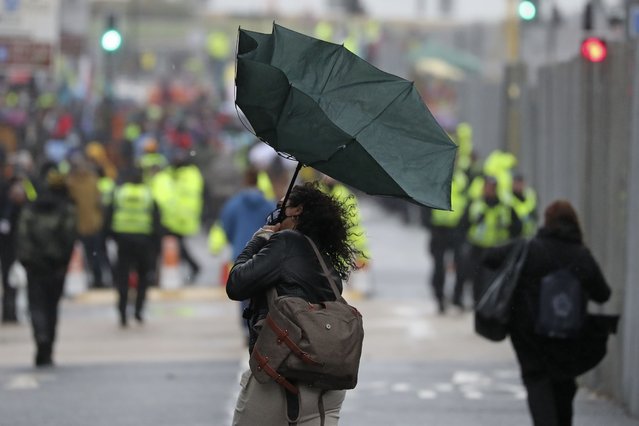 A woman's unbrella is turned inside out by a gust of wind outside the venue for the COP26 U.N. Climate Summit in Glasgow, Scotland, Friday, November 12, 2021. (Photo by Scott Heppell/AP Photo) 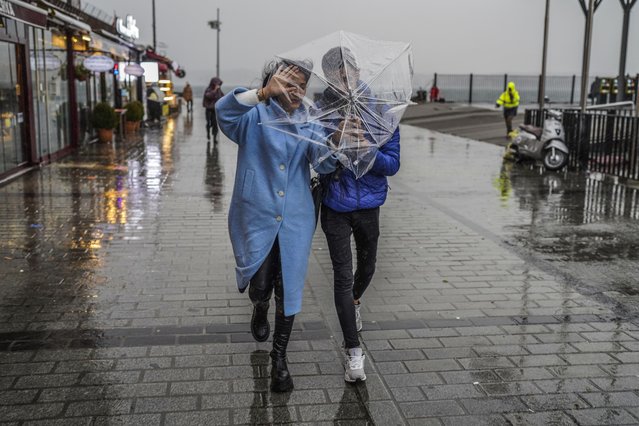 A couple shelters against a heavy rain with an umbrella during a stormy day in Istanbul, Turkey, Monday, November 29, 2021. A powerful storm pounded Istanbul and other parts of Turkey on Monday, killing at least four people and causing havoc in the city of 15 million people, reports said. (Photo by AP Photo/Stringer) 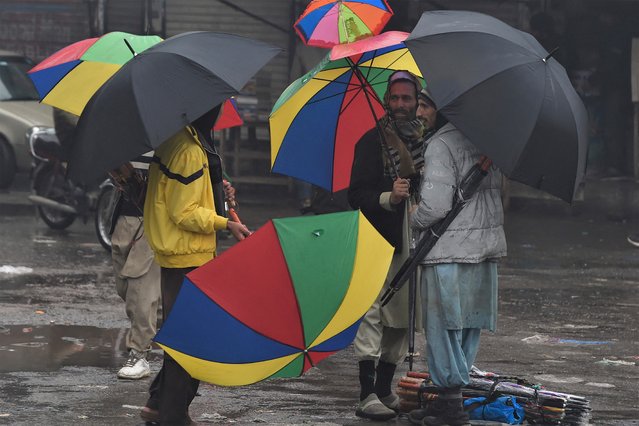 Vendors selling umbrellas wait for customers along a street during a rainy day in Lahore on January 7, 2022. (Photo by Arif Ali/AFP Photo) 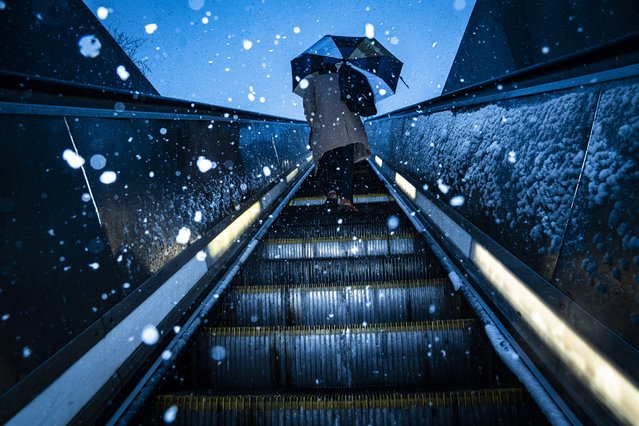 Patrons exit the metro as snow falls after a winter storm warning was issued on Capitol Hill on Monday, Jan. 03, 2022 in Washington, DC. (Photo by Jabin Botsford/The Washington Post) 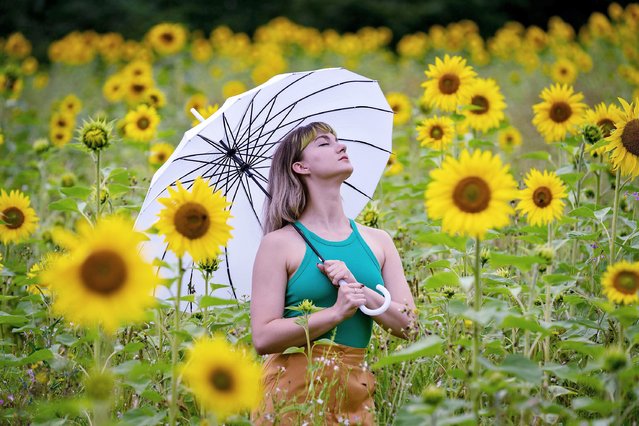 The wet start to the month has given extra vigour to these sunflowers in Hertfordshire, United Kingdom on August 9, 2021. The weather is forecast to remain changeable. (Photo by Guy Corbishley/Alamy Stock Photo) 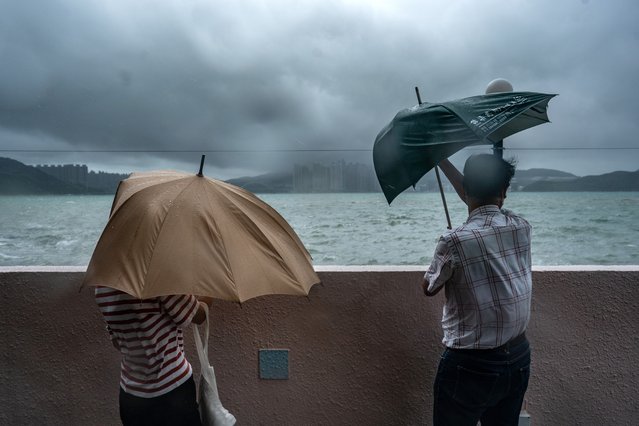 A couple hold umbrellas on a promenade during a No. 8 Storm signal raised for Typhoon Kompasu on October 13, 2021 in Hong Kong, China. Hong Kong suspended classes, stock market trading and government services for the day. (Photo by Anthony Kwan/Getty Images) 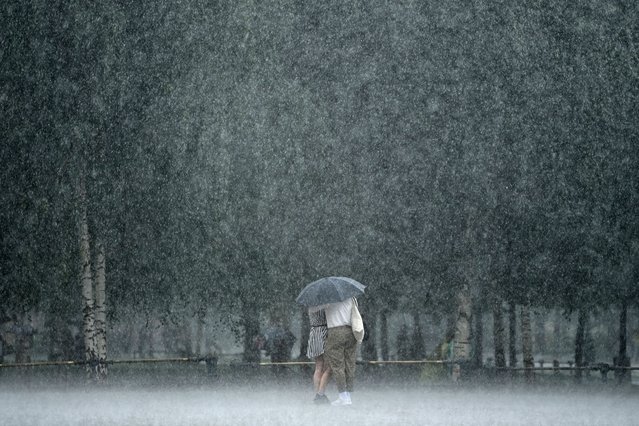 A couple stand under a rain shower in downtown Moscow, Russia on August 10, 2021. (Photo by Kirill Kudryavtsev/AFP Photo) 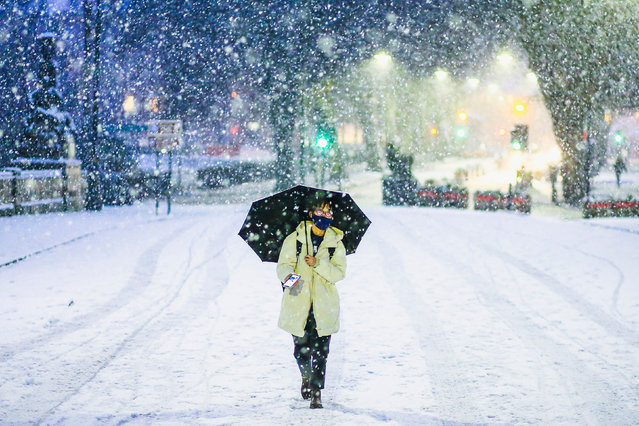