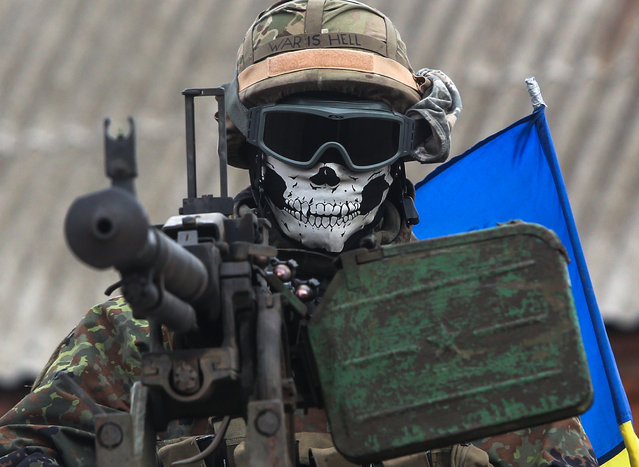 A masked Ukrainian serviceman, with the words “War is Hell” written on his helmet is seen on an armored military vehicle near the eastern city of Debaltseve, Ukraine, 23 September 2014. Pro-Russian separatists in eastern Ukraine said 22 September that a buffer zone along the front line with government forces will not be implemented soon. The nine-point agreement signed by separatist leaders and representatives of the Ukrainian government in the Belarusian capital of Minsk on 20 September stipulates that each side has to withdraw its heavy weapons 15 kilometres from the frontline. (Photo by Konstantin Grishin/EPA) 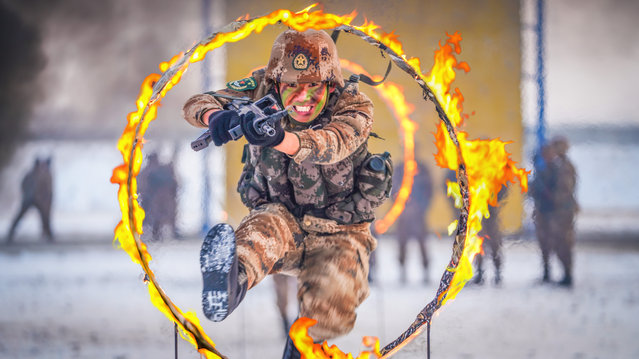 A soldier jumps through fire circle in a drill as the temperature drops below 10 degrees Celcius on December 3, 2019 in Shihezi, Xinjiang Province of China. (Photo by Zhou Kaiwei/VCG via Getty Images) 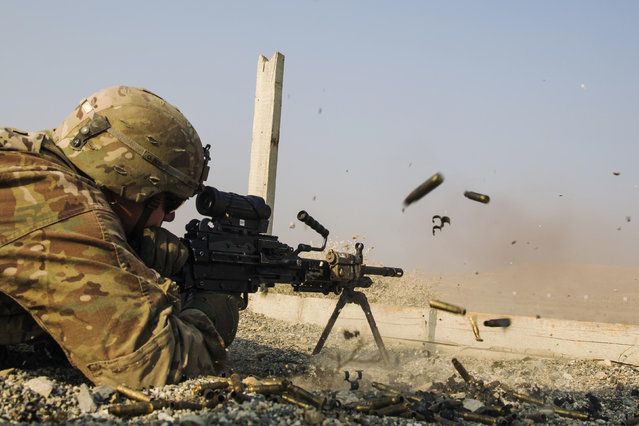 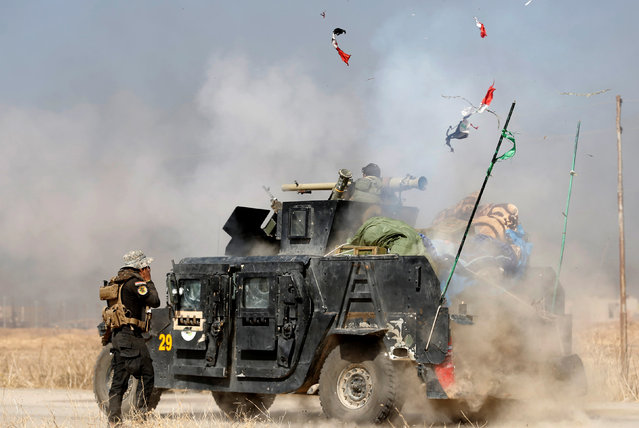 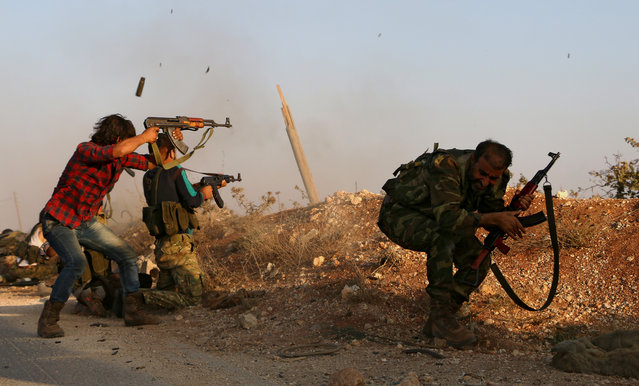 Fighters from the Free Syrian Army take part in a battle against the Islamic State (IS) group jihadists in the northern Syrian village of Yahmoul in the Marj Dabiq area north of the embattled city of Aleppo on October 10, 2016. (Photo by Nazeer al-Khatib/AFP Photo) 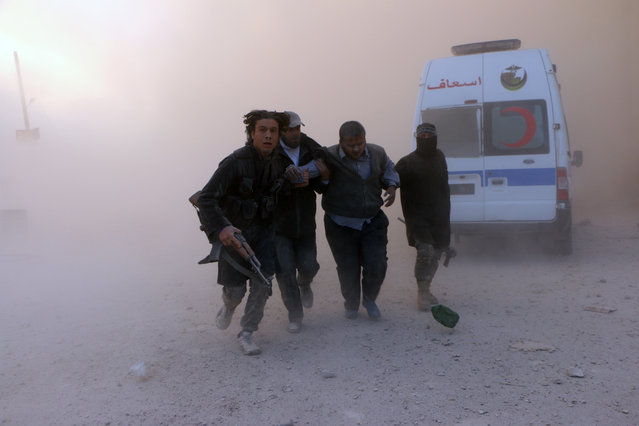 Fighters from the al-Qaida group in the Levant, Al-Nusra Front, help a wounded man following a reported barrel bomb attack by government forces in the Al-Muasalat area in the northern Syrian city of Aleppo on November 6, 2014. (Photo by Fadi al-Halabi/AFP Photo)

An Iraqi soldier plays with an accordion found on the street while on patrol in the western neighborhood of Tamuz in Mosul on May 23, 2017, after the area was retaken during the ongoing offensive against Islamic State (IS) group fighters. (Photo by Ahmad Al-Rubaye/AFP Photo) 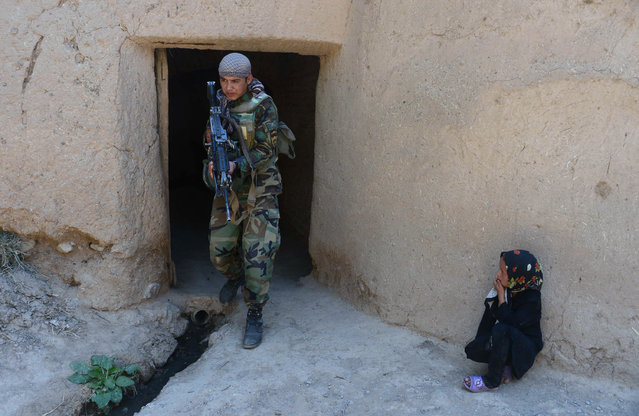 An Afghan girl watches an Afghanistan National Army (ANA) special forces soldier as he patrols in Gozara District of Herat on August 24, 2015. The Taliban are stepping up their summer offensive, launched in late April, amid a bitter leadership dispute following the announcement of the death of longtime leader Mullah Omar. (Photo by Aref Karimi/AFP Photo) 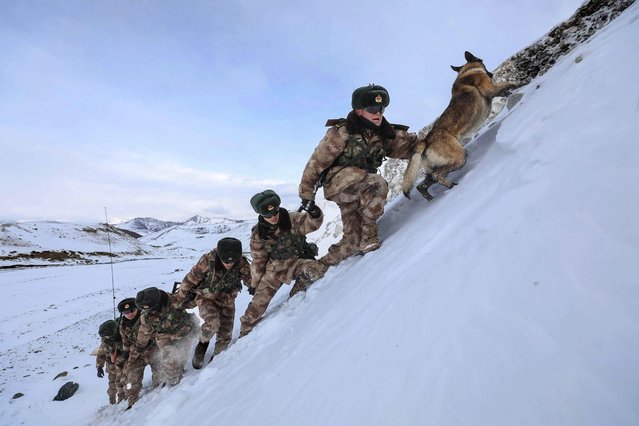 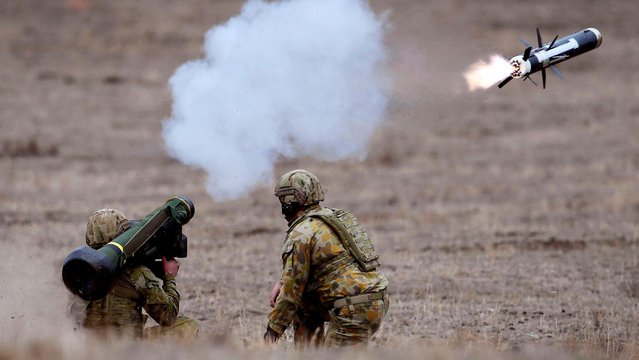 Australian Army soldiers fire a Javelin anti-tank missile during Excercise Chong Ju, a live fire demonstration showcasing the army's joint combined arms capabilities at the Puckapunyal Military Base some 100 kilometres north of Melbourne on May 9, 2019. (Photo by William West/AFP Photo) 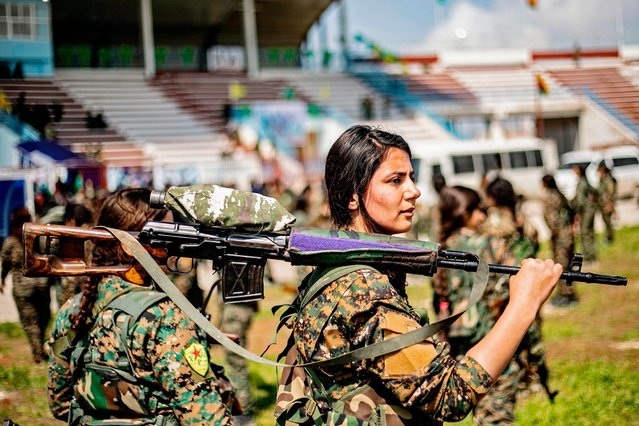 Fighters from the Kurdish Women's Protection units (YPJ) participate in a military parade on March 27, 2019, celebrating the total elimination of the Islamic State (IS) group's last bastion in eastern Syria, in the northwestern city of Hasakah, in the province of the same name. (Photo by Delil Souleiman/AFP Photo) 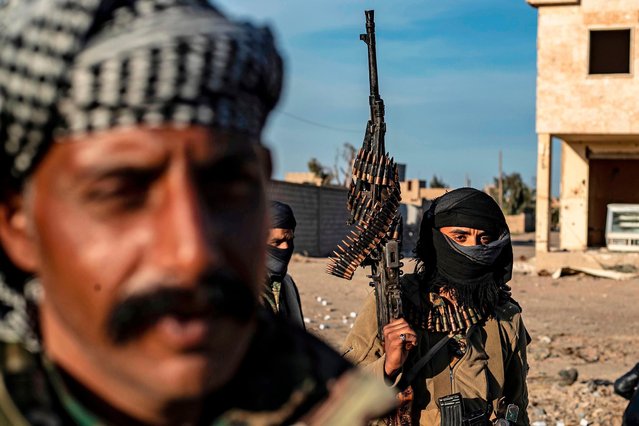 Fighters with the Syrian Democratic Forces (SDF) are pictured in the town of Baghouz, on the frontline of fighting to expel the Islamic State group from the area, in the eastern Syrian province of Deir Ezzor, on March 12, 2019. US-backed forces said the Islamic State group was living its “final moments” after thunderous shelling on its last scrap of land in eastern Syria prompted 3,000 jihadists to surrender. But the die-hard IS fighters who stayed to defend the remnants of their “caliphate” struck back with a wave of suicide bombings, according to the Kurdish-led Syrian Democratic Forces. (Photo by Delil Souleiman/AFP Photo) 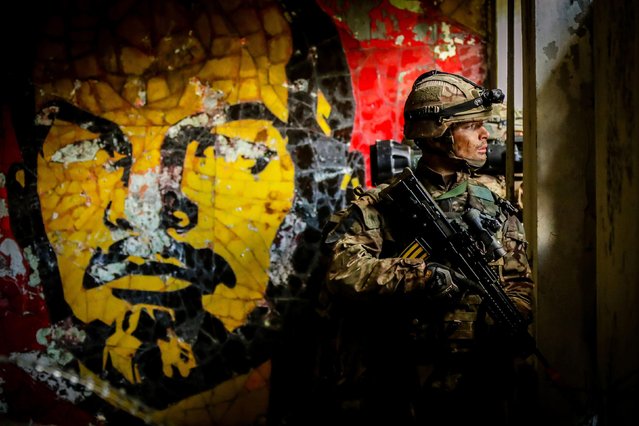 A Royal Marine seen during a training exercise on the background of mosaic of Vladimir Lenin on the wall of the ruin of the army club on a territory of ex-Soviet secret army compound “Skrunda-1”, which now is a ghost town and Cold War era museum in Skrunda, Latvia on June 28, 2019. (Photo by Dean Nixon/PA Wire Press Association) 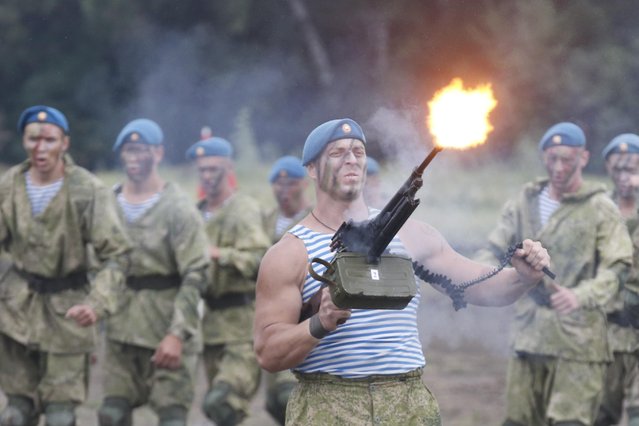 Servicemen of the Russian Airborne Units perform as part of the Army 2019 International Military Technical Forum in Rostov-On-Don Region, Russia on June 28, 2019. (Photo by Valery Matytsin/TASS) 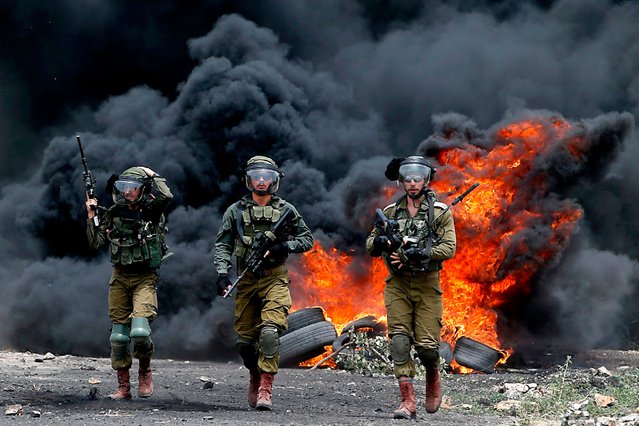 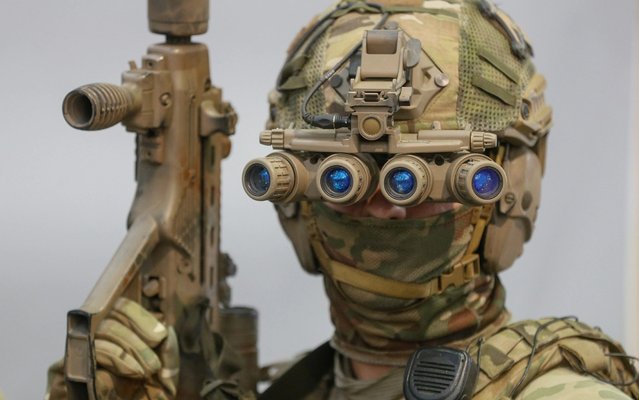 A serviceman of the Ukrainian special operation forces poses for a picture ahead of a cyber games tournament, part of a consumer electronics exhibition in Kiev, Ukraine September 28, 2019. (Photo by Valentyn Ogirenko/Reuters) 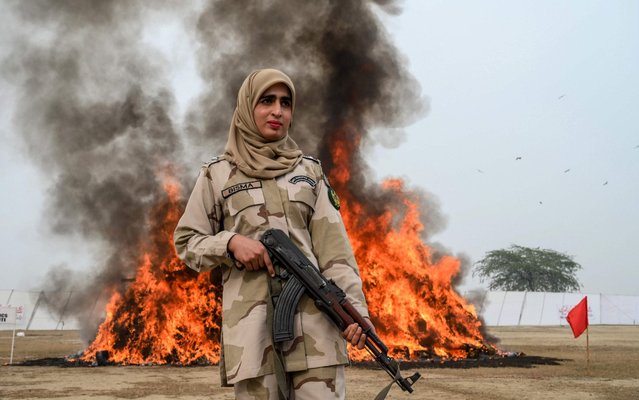