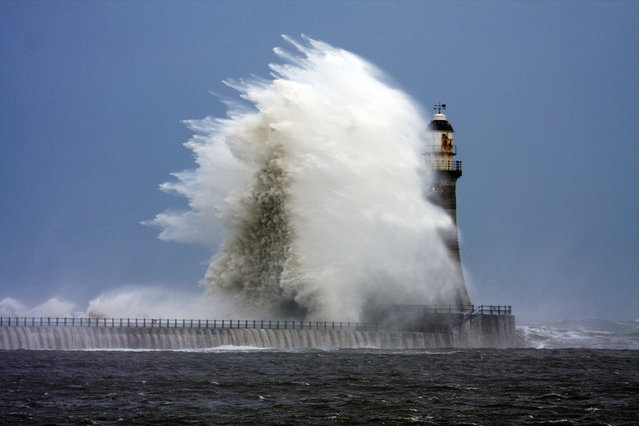 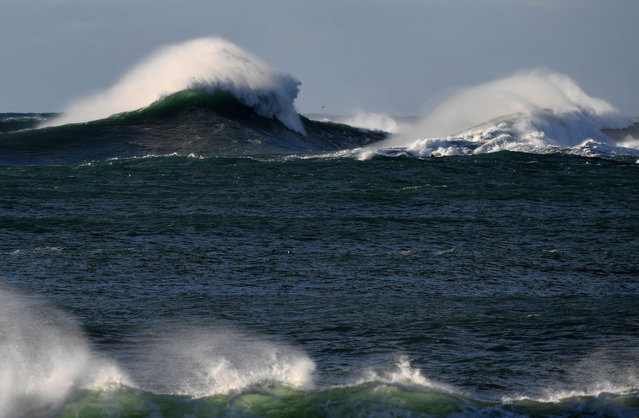 A picture taken on February 10, 2017 shows big waves generated by the Nazare canyon as small ones break on Nazare's shore. The Nazare Canyon is an undersea geological formation just off the coast of Nazare, central Portugal, in the Eastern Atlantic Ocean. It has a maximum depth of at least 5,000 meters (16,000 ft) and is about 230 kilometres (140 mi) long, and has the ability of generate 30 meters plus (100 ft) waves. (Photo by Francisco Leong/AFP Photo) 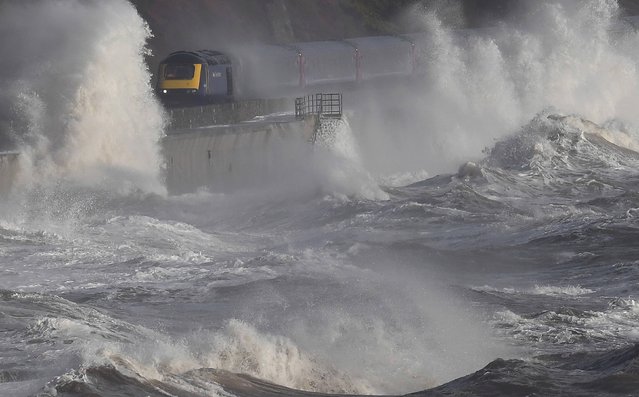 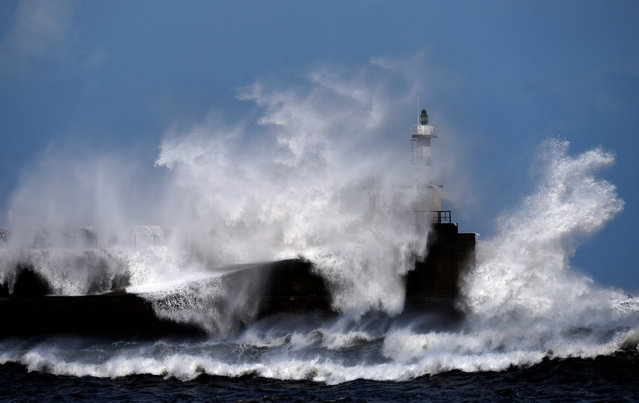 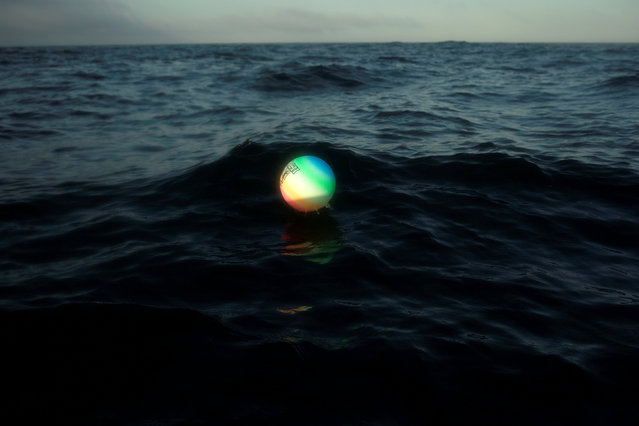 A plastic ball for beach volleyball games is seen floating in the Strait of Gibraltar, about 6.8 miles (11 km) of distance from the nearest coast, near Barbate, southern Spain, July 31, 2018. (Photo by Jon Nazca/Reuters) 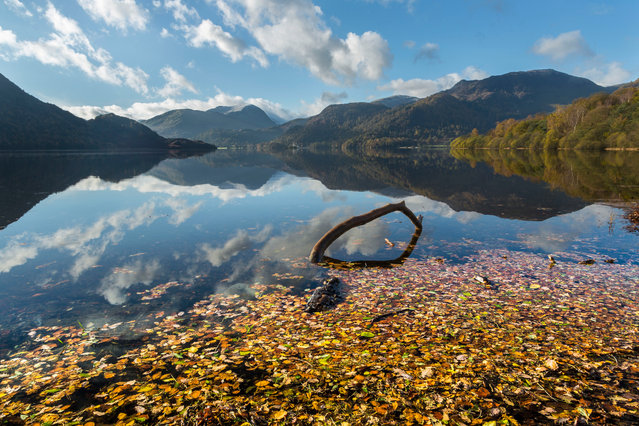 Ullswater Aira Force, Lake District, UK, 2016. The lakeshore between Aira Force and Glenridding is fringed with colour in autumn. The beech trees along the shore near Glenridding are spectacular and accessible, with easy walks from the roadside. The new boat landing at Aira Force allows access by boat from Pooley Bridge and Glenridding; what better way to witness autumn’s spectacle. To see reflections visit early in the morning. The sunrise here is spectacular as it lights up the wooded slopes. (Photo by Stuart Holmes) 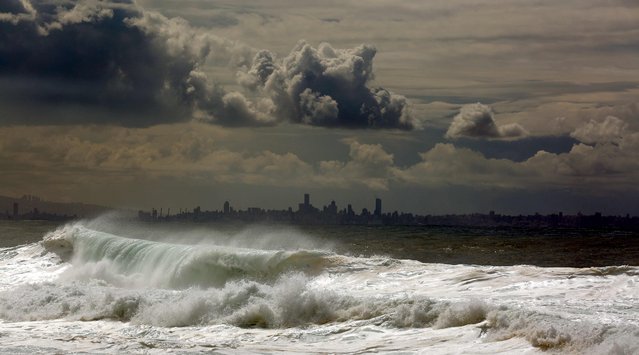 Sea waves hit the world oldest port of Byblos as the Lebanese capital Beirut appears in the background on February 22, 2016. (Photo by Patrick Baz/AFP Photo) 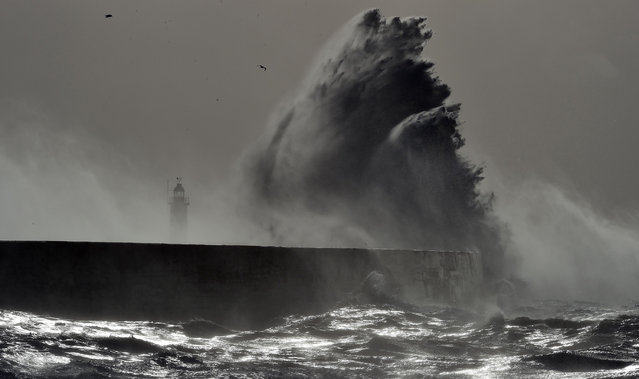 Waves crash over Newhaven Lighthouse on the south coast of England on February 23, 2017 as Storm Doris hits the country. (Photo by Glyn Kirk/AFP Photo) 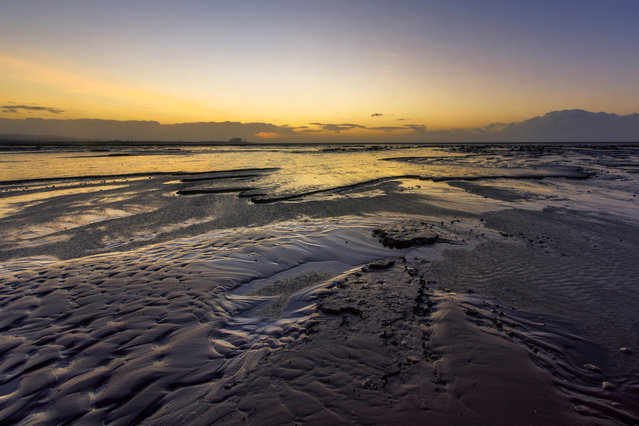 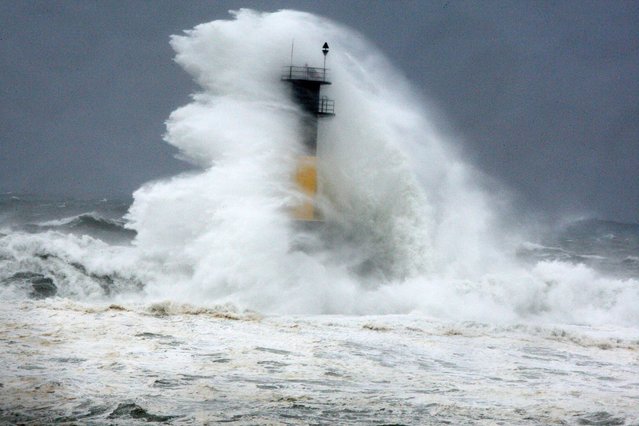 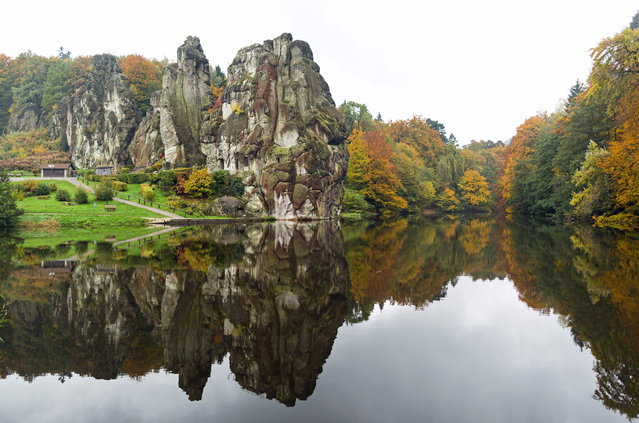 The rocks of the Teutoburger forest and trees are pictured on October 26, 2016 in Horn-Bad Meinberg, near Detmold. (Photo by Marcel Kusch/AFP Photo/DPA) 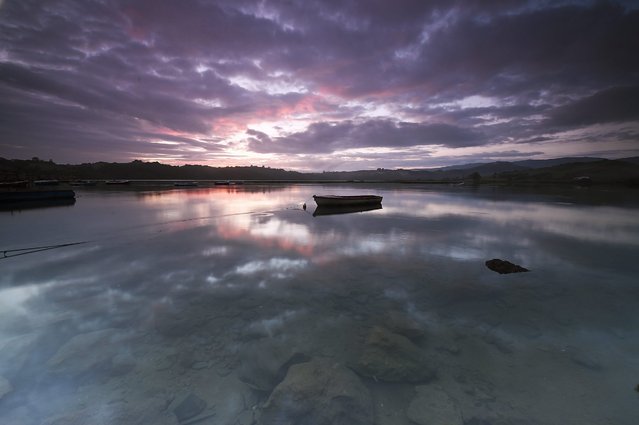 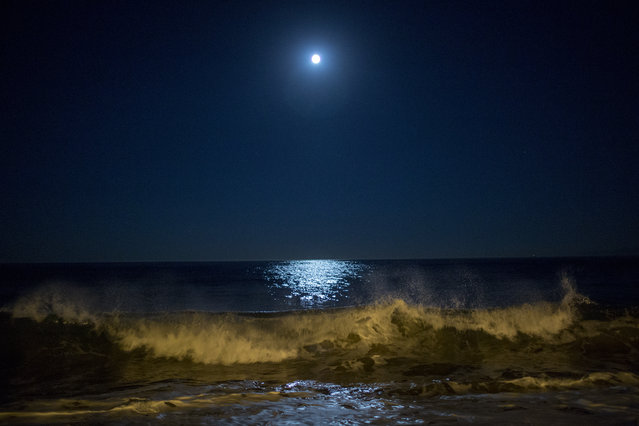 Surf breaks as the moon makes its closest orbit to the Earth since 1948 on November 14, 2016 in Redondo Beach, California. The so-called supermoon appears up to 14 percent bigger and 30 percent brighter as it comes about 22,000 miles closer to the Earth than average, though to the casual observer, the increase appears slight. (Photo by David McNew/Getty Images) 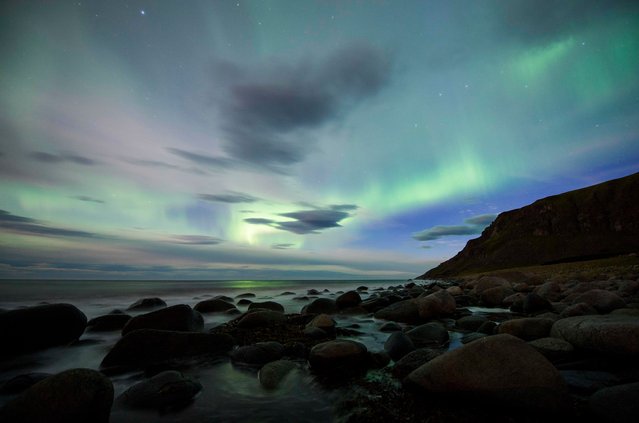 The northern lights, or aurora borealis, illuminate the sky over Flakstad beach on Lofoten Islands in the Arctic Circle on September 5, 2017. (Photo by Jonathan Nackstrand/AFP Photo) 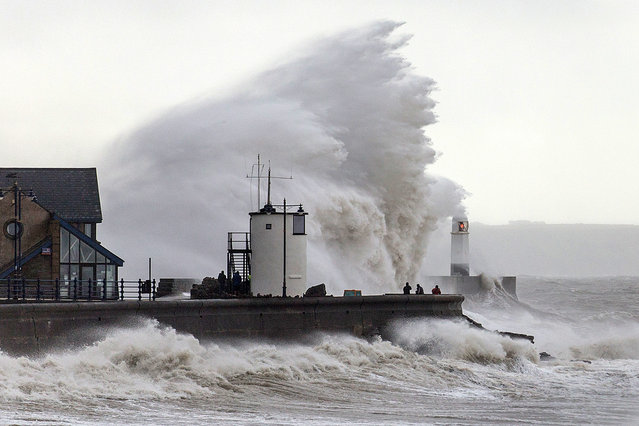 Huge waves batter the seafront at Porthcawl in Wales, UK during high tides and severe winds on August 20, 2016. (Photo by Tim Bow/Apex News) 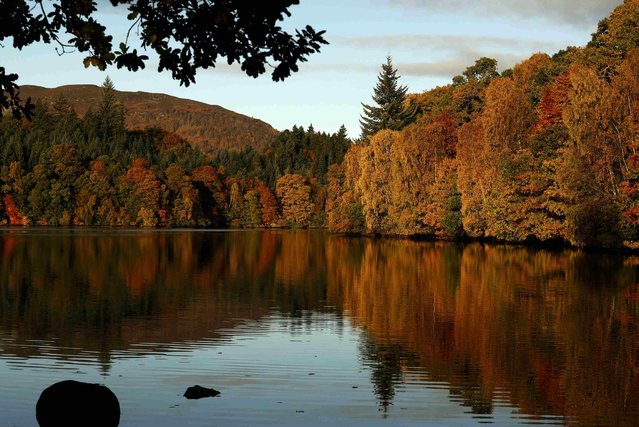 Autumn leaves are reflected in the water of Loch Faskally, in Pitlochry, Scotland, Britain October 24, 2016. (Photo by Russell Cheyne/Reuters) 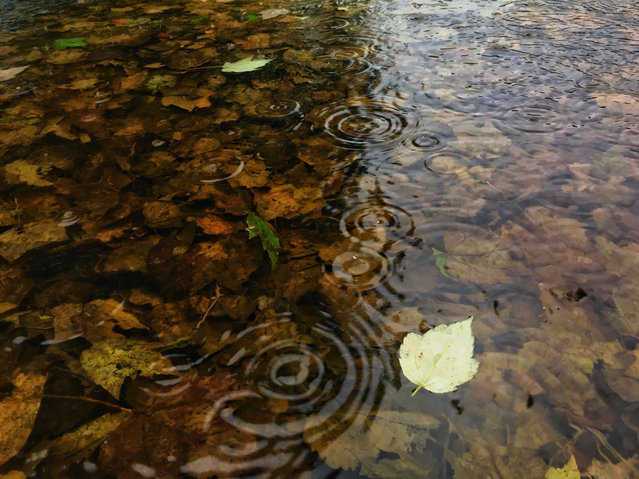 Rain settled in over the D.C. metropolitan area in Edgewater, Maryland on May 11, 2017. A low pressure system is expected to stay in place through Saturday, according to forecasts. (Photo by Michael Robinson Chavez/The Washington Post) 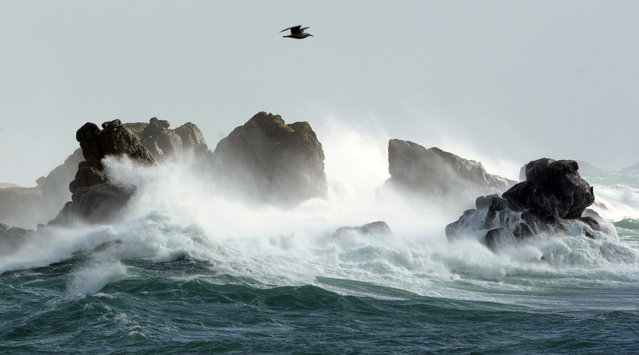 A picture taken on March 9, 2016 shows waves crashing onto the shore in the port of Porspoder, western France. (Photo by Fred Tanneau/AFP Photo) 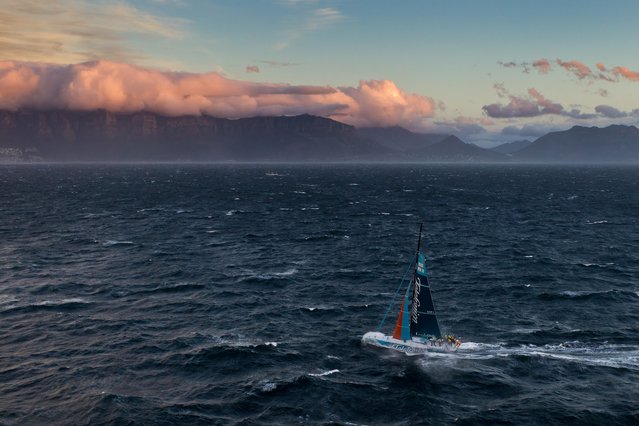