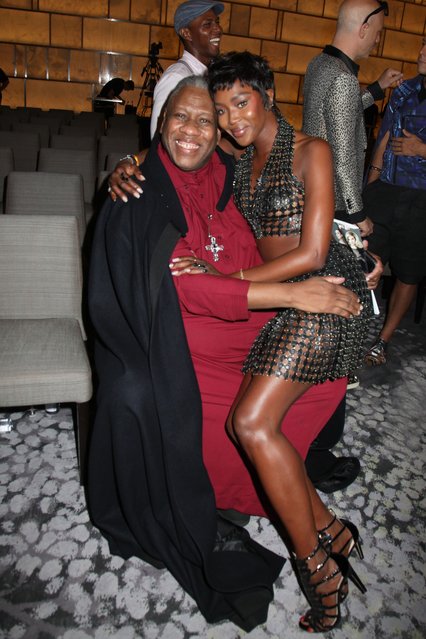 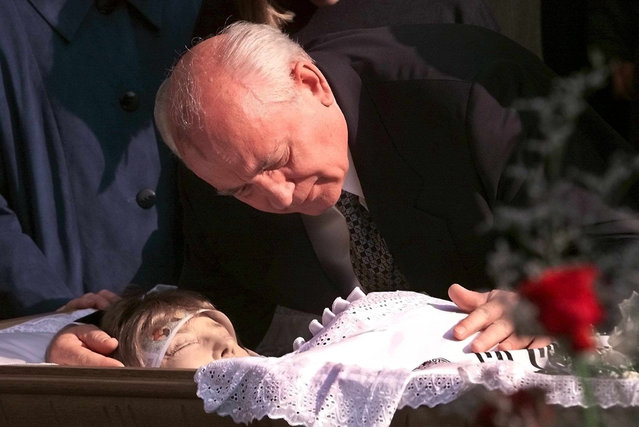 Former Soviet President Mikhail Gorbachev as he bids the last farewell to his wife Raisa Gorbacheva during the funeral ceremony in Moscow, Russia, 23 September 1999 (reissued 30 August 2022). According to a Moscow Central Clinical Hospital statement, former Soviet president Mikhail Gorbachev has died at the age of 91. As a supporter of the de-Stalinization programs of his predecessor Nikita Khrushchev, Gorbachev initiated numerous reforms during his tenure. He signed a nuclear arms treaty with the United States and withdrew the Soviet Union from the Soviet-Afghan war. His policies created freedom of speech and press, and decentralized fiscal policy planning and execution to increase efficiency. Gorbachev was the last leader of the Soviet Union, overseeing Russia’s transition from one party rule to fragile democracy. (Photo by Sergey Chirikov/EPA/EFE) 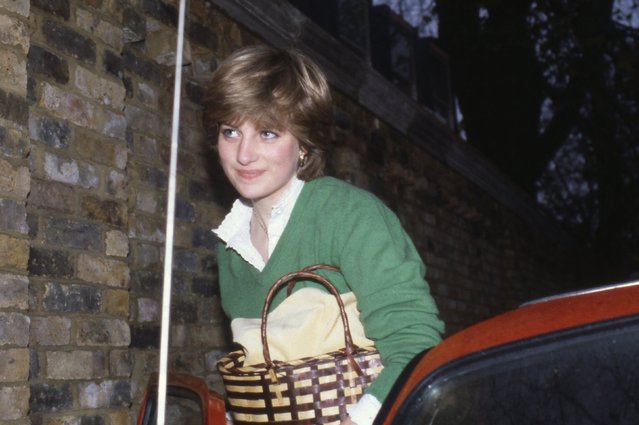 Lady Diana Spencer gets out of her car near her flat in the Earls Court district of London, around November 1980. Above all, there was shock. That’s the word people use over and over again when they remember Princess Diana’s death in a Paris car crash 25 years ago this week. The woman the world watched grow from a shy teenage nursery school teacher into a glamorous celebrity who comforted AIDS patients and campaigned for landmine removal couldn’t be dead at the age of 36, could she? (Photo by AP Photo, File) 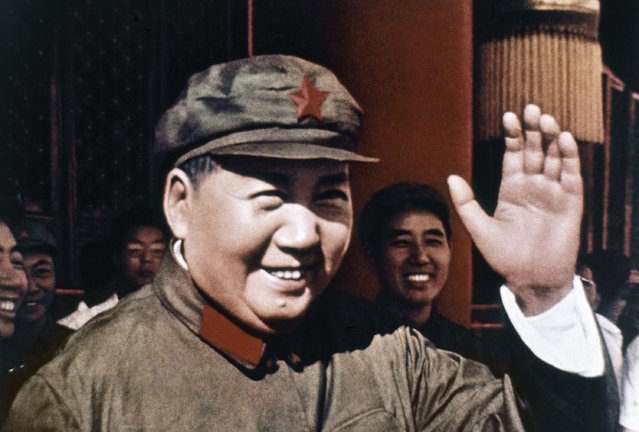 Chinese Communist Party leader Mao Zedong smiles and waves in 1969. Since seizing power amid civil war in 1949, the party has undergone a tumultuous history, but president and party leader Xi Jinping is emphasizing the country’s rise to economic, military and diplomatic over the past four decades since reforms were enacted. (Photo by AP Photo/File) 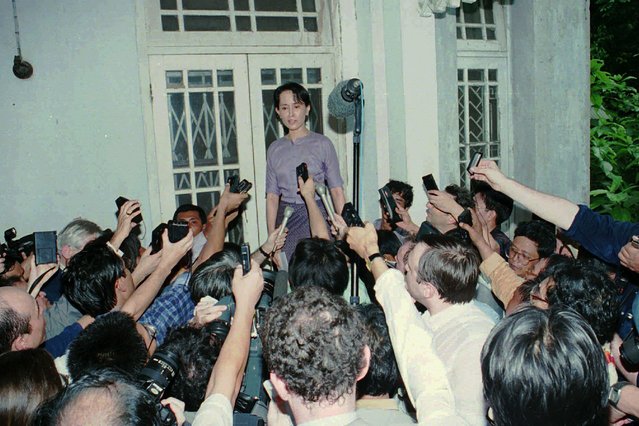 Burmese pro-democracy leader Aung San Suu Kyi is surrounded by reporters at her home on the first day of her release from house arrest in Rangoon on July 11, 1995. Myanmar court on Monday, Dec. 6, 2021, sentenced ousted leader Suu Kyi to 4 years for incitement and breaking virus restrictions, then later in the day state TV announced that the country's military leader reduced the sentence by two years. (Photo by Stuart Isett/AP Photo/File) 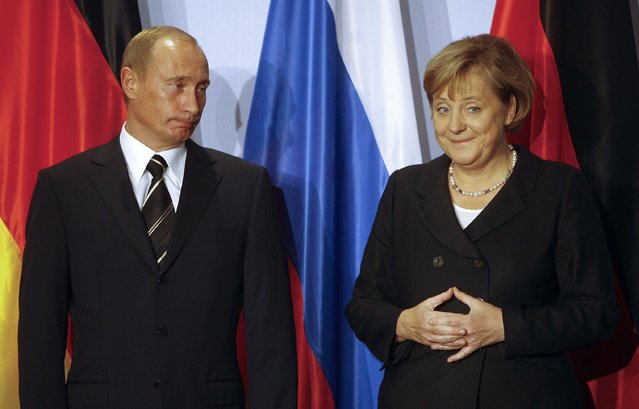 German Chancellor Angela Merkel, right, and Russian President Vladimir Putin hold a news conference after bilateral talks in Dresden, on October 10, 2006. Merkel has been credited with raising Germany’s profile and influence, helping hold a fractious European Union together, managing a string of crises and being a role model for women in a near-record tenure. Her designated successor, Olaf Scholz, is expected to take office Wednesday, Dec. 8, 2021. (Photo by Markus Schreiber/AP Photo/File) 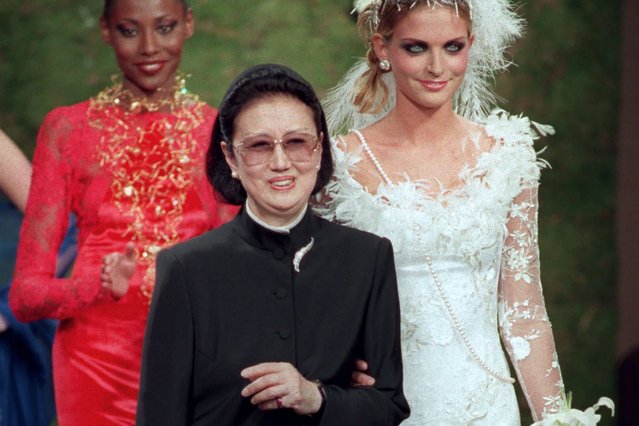 Japanese fashion designer Hanae Mori, center, is applauded by models after the presentation of her 1997-98 fall-winter haute couture collection presented in Paris, July 9, 1997. Mori, known for her elegant signature butterfly motifs, has died, according to local media reports. She was 96. (Photo by Michel Lipchitz/AP Photo/File) 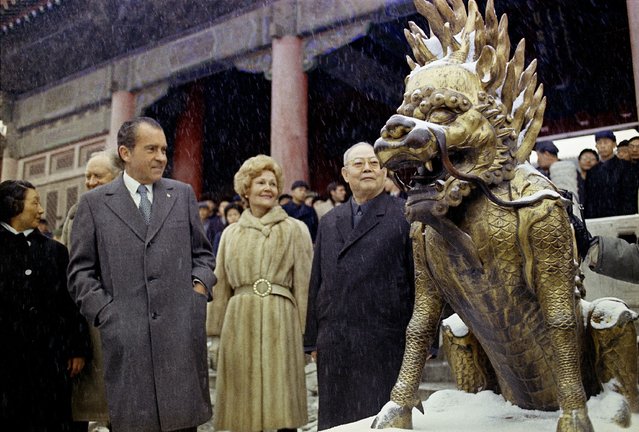 Then U.S. President Richard Nixon and then first lady Pat Nixon looks at a sculpture depicting a mythical beast on the palace grounds of Beijing's Forbidden City as heavy snow falls on February 25, 1972. At the height of the Cold War, U.S. President Richard Nixon flew into communist China's center of power for a visit that over time would transform U.S.-China relations and China's position in the world in ways that were unimaginable at the time. (Photo by AP Photo, File) 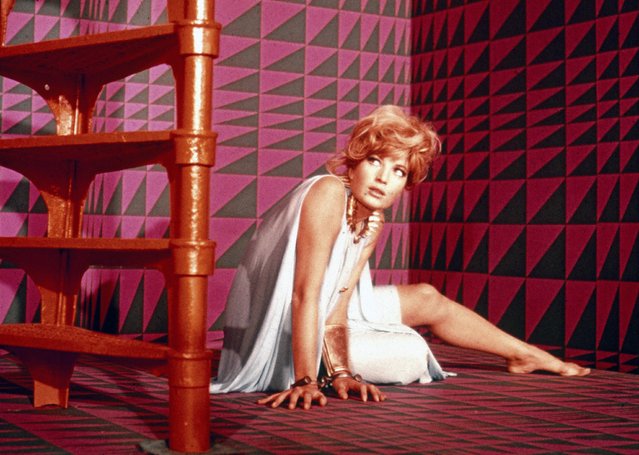 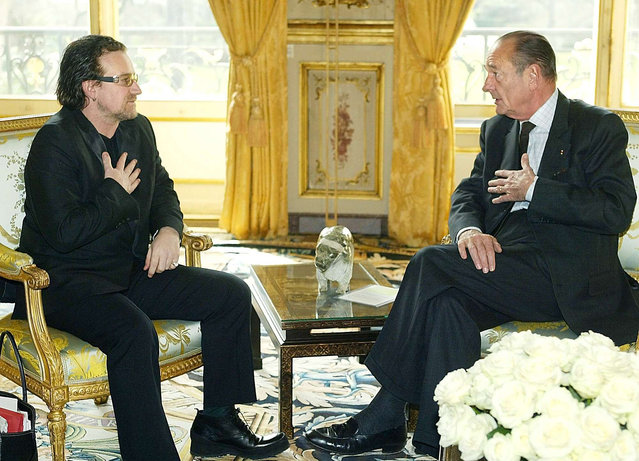 French President Jacques Chirac, right, and Bono, lead singer of the Irish rock band U2, gesture during their meeting at the Elysee Palace in Paris, Friday, February 28, 2003. Chirac and Bono are nominated for the 2003 Nobel Peace Prize. (Photo by Patrick Kovarik/AP Photo/Pool) 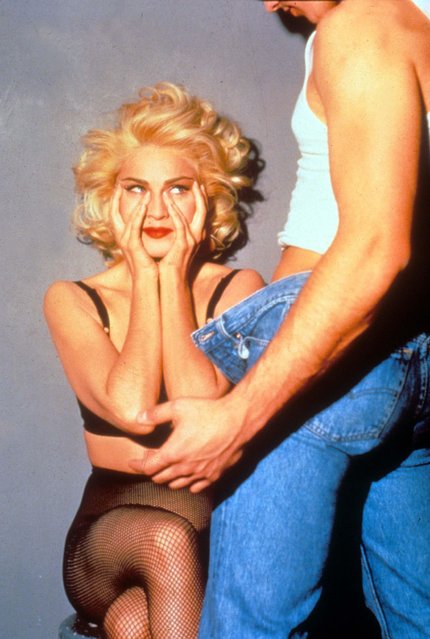 “In Bed With Madonna” film, 1991. (Photo by Moviestore Collection/Rex Features/Shutterstock) 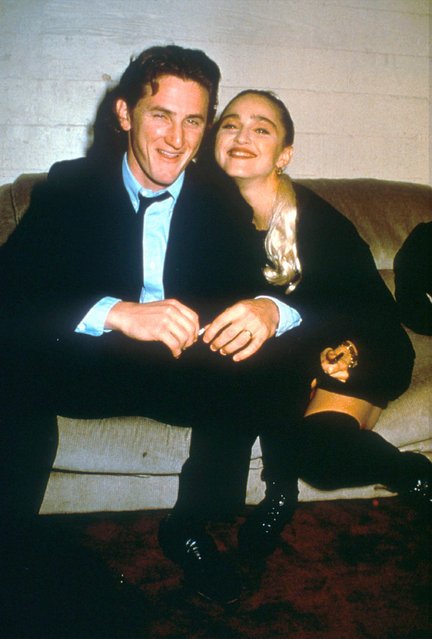 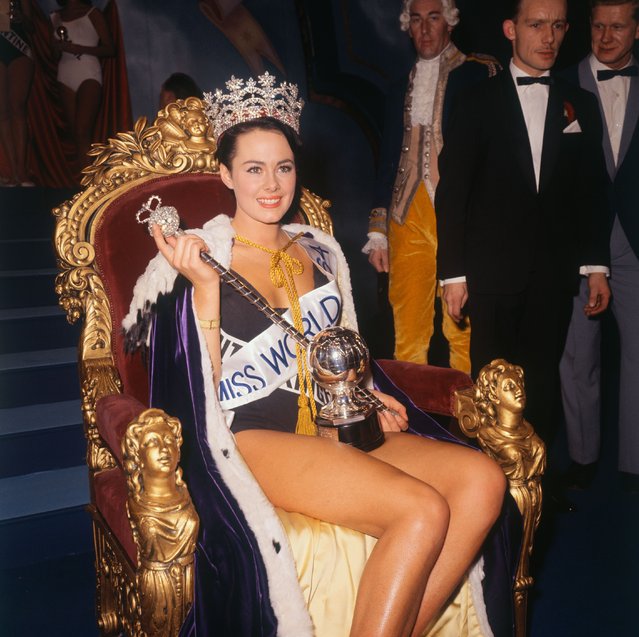 Ann Sidney, seated on throne wearing robes and crown, holds scepter and trophy after being selected Miss World in the ballroom of the Lyceum Theater on November 12, 1964 in London, England. Ann entered the contest as Miss United Kingdom. (Photo by Bettmann/Getty Images) 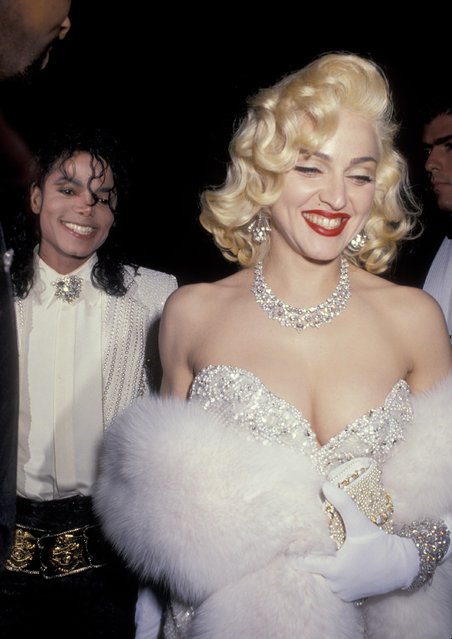 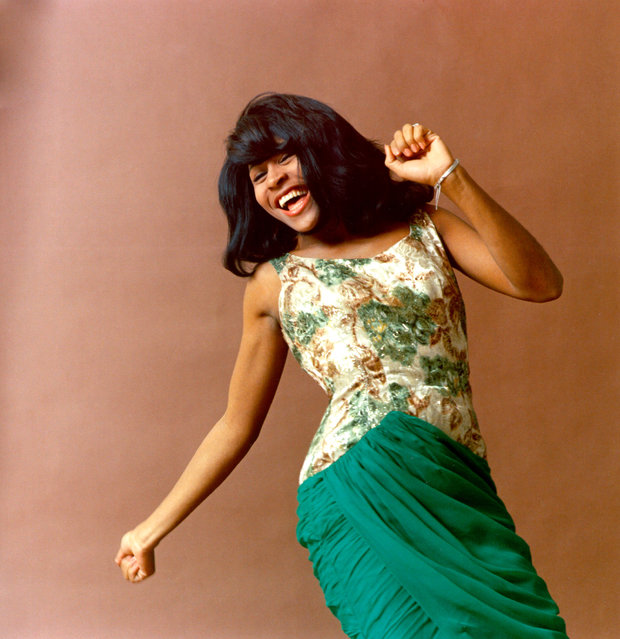