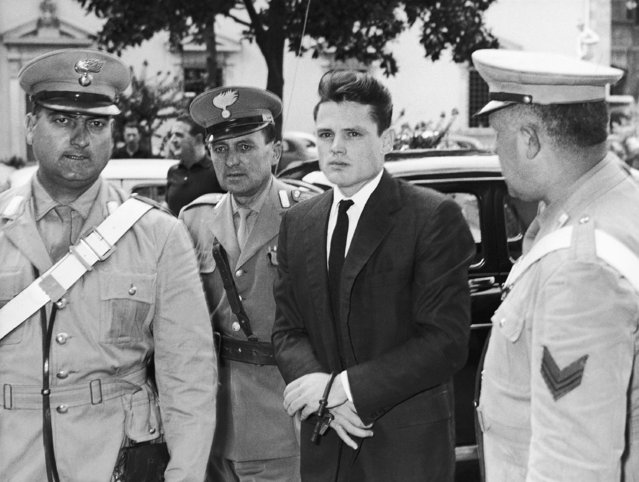 American jazz trumpeter Chet Baker, handcuffed and escorted by Italian carabinieri (State police) arrives at a Florence Court of Appeals, for a hearing on September 7, 1961 of his appeal against a sentence of 18 months in jail, for smuggling narcotics into Italy for his own use. Baker's Chicago defense attorney, Joseph Carani, told the court that Baker bad already been in jail a year and 15 months and now could be considered cured of the drug habit. (Photo by Giulio Torrini/AP Photo) 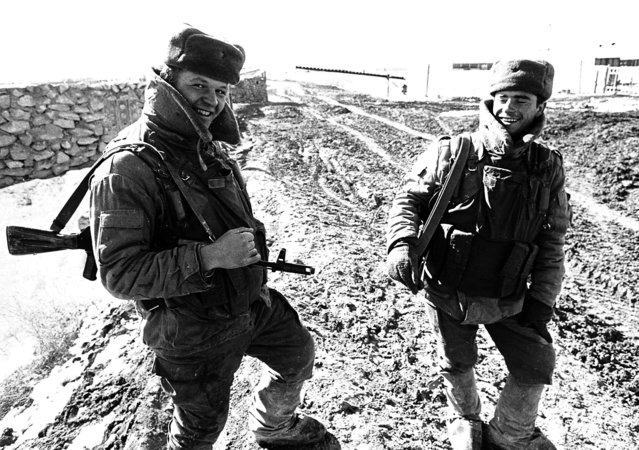 Bundled up against the cold, two Soviet soldiers in Kabul smile after being told that the Soviet newpaper Pravda announced in Moscow that all Soviet troops in Kabul will withdraw, February 1989. (Photo by Richard Ellis/Reuters) 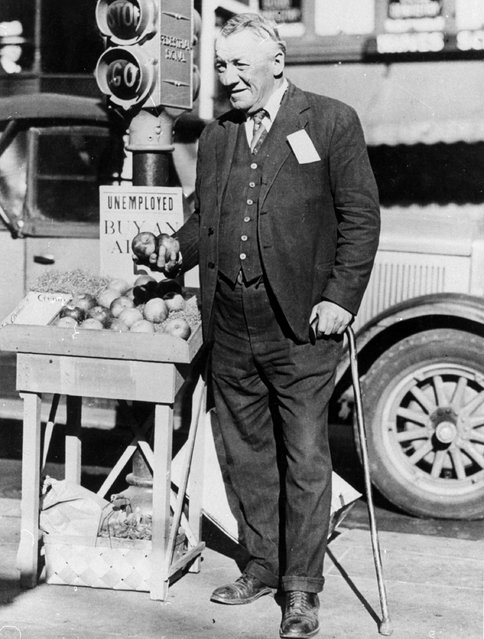 Fred Bell, a one-time millionaire and now unemployed, sells apples at his stand on a busy street corner in San Francisco, Ca., on March 7, 1931 during the Great Depression. Bell, known as “Champagne Fred” in the earlier days, has nothing left of his share of the Theresa Bell fortune as a result of the stock market crash in 1929. (Photo by AP Photo) 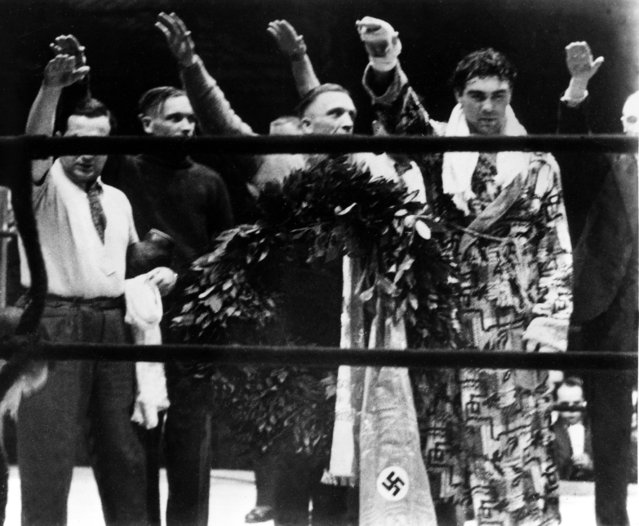 Max Schmeling, right, and his attendants give the Nazi salute after the German boxer defeated Steve Hamas in a boxing match in Hamburg, Germany, March 10, 1935. (Photo by AP Photo) 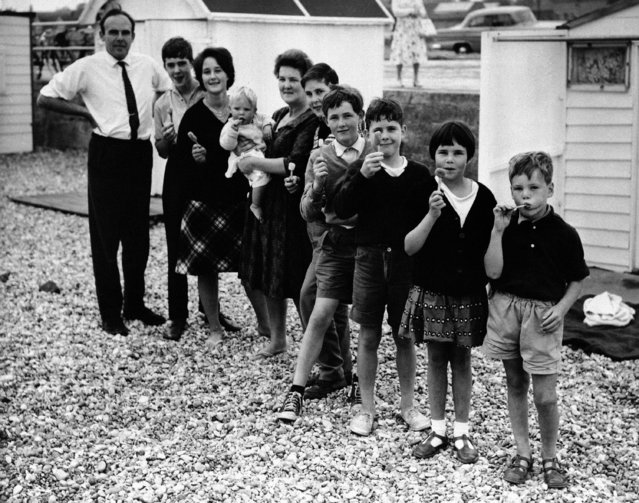 Dr. Michael Ash, 44-year-old British medical specialist, on the beach at Bexhill, England on September 7, 1962 supplies his family with Strontium-87 lollipops which he says can combat radioactive fallout. Immunization he says is accomplished with the sugar sweetened and flavored strontium lollipops made of seaweed and strontium rock found near Chipping Sodbury where Britain's leukemia rate is lowest. Ash, with him from left to righ: David, 14, who helps make the lollipops; Jennifer, 16; Mrs. Ash with Richard, 1; Timothy, 15; Simon, 12; Stephen, 11; Mary, 9 and Peter 7. (Photo by AP Photo) 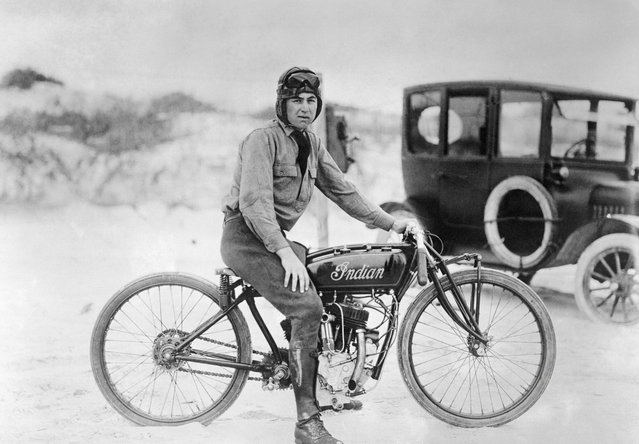 Herbert McBride, who recently broke the world's motorcycle record for amateurs on April 21, 1920. His time was 105:24 miles per hour, which beats the old professional record. (Photo by Bettmann Archive/Getty Images) 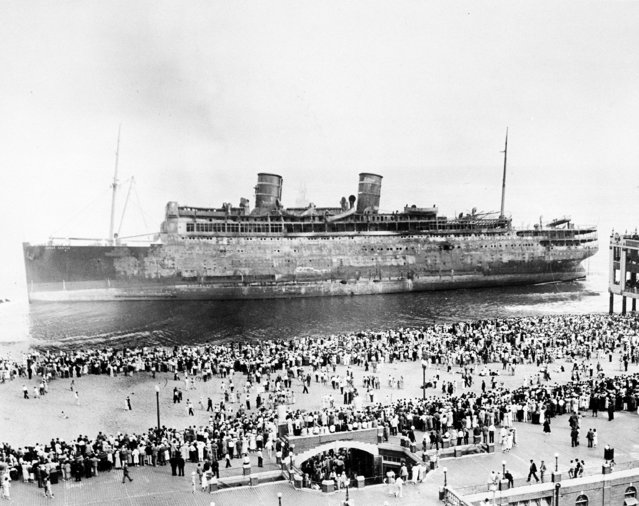 Thousands of people gather along the beach at Asbury Park, N.J., to view the smoldering U.S. steamship Morro Castle, September 9, 1934. The luxury liner, returning from Havana, Cuba, to New York City, caught fire off the New Jersey coast Sept. 8, killing 134 people. The survivors were 119 crew and only 15 passengers. (Photo by AP Photo) 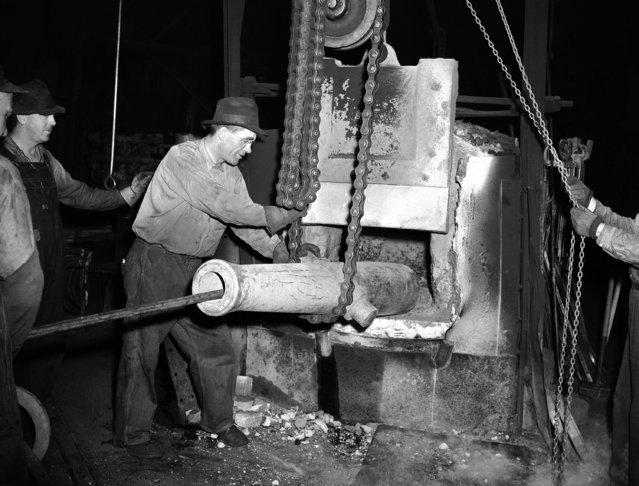 A Civil War cannon which decorated the University of Colorado campus at Boulder is going the way of all good metal to World War II. The old ball and fuse type firing piece is being pounded into chunks by a steam hammer operated by Dewey Felder in Denver, Colorado, September 9, 1942. The fragments will be melted and converted into naval war weapons by a Denver war plant. (Photo by AP Photo) 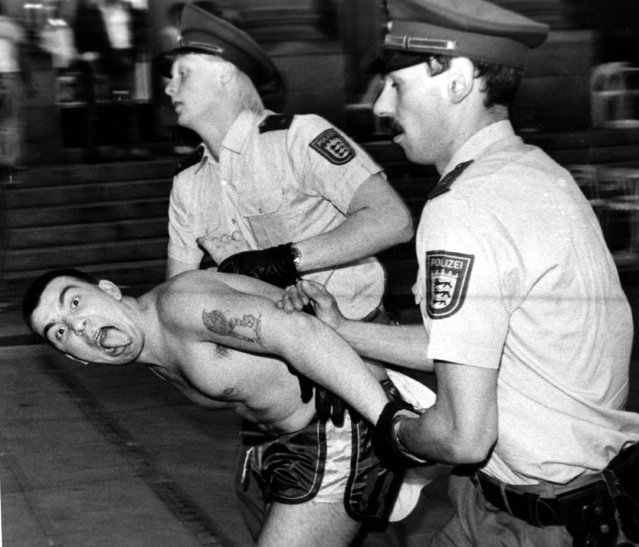 In this Sunday June 13, 1988 file photo West German police officers arrest an English soccer hooligan who sticks out his tongue. Rioting broke out between some 100 hooligans and the police in downtown Stuttgart, West Germany following the European Soccer Championships match between England and Ireland. England was defeated by Ireland 0-1. (Photo by Kraufmann/AP Photo/File) 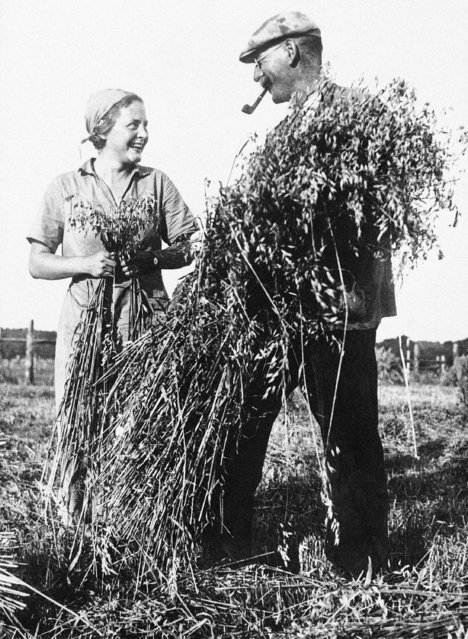 This smiling lass at work in the fields with a German peasant in Stettin, Germany on September 15, 1935, is one of 20,000 German girls trained during the last year by the Nazi government in its women's labor service. This girl, a member of camp Rothenklempenow, is helping harvest a field of oats. The camps are an unemployment measure, and house former stenographers, nurses, factory workers, students and shop girls, among others. (Photo by AP Photo) 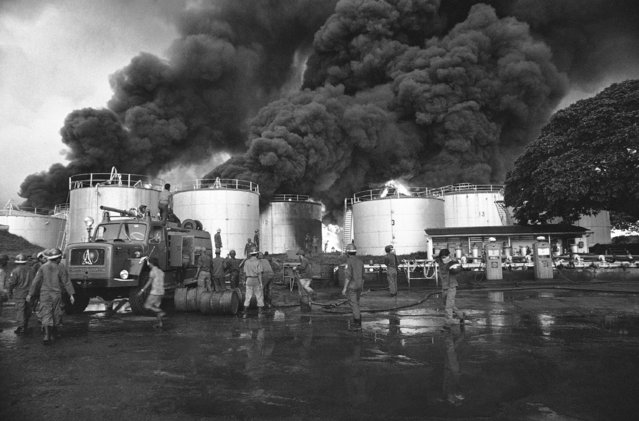 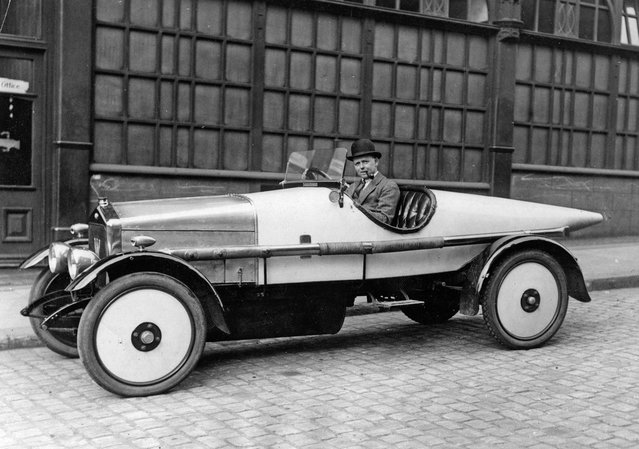 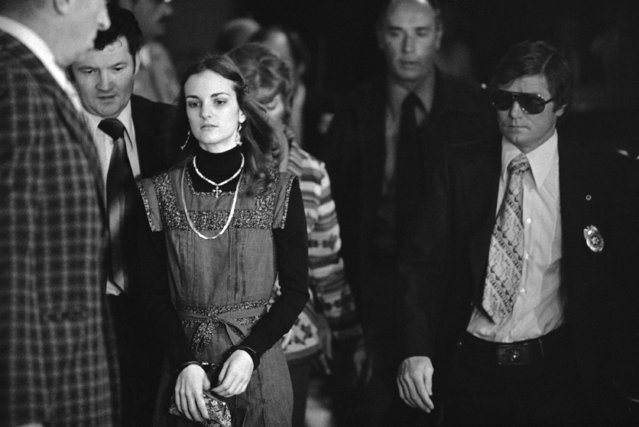 Patricia Hearst arrives at the Alameda County Court House in Oakland, California, Monday, September 27, 1976, where she is scheduled to testify before the grand jury. Patty was brought to Oakland from her cell at the Federal Youth Correctional Facility at Pleasanton. (Photo by AP Photo) 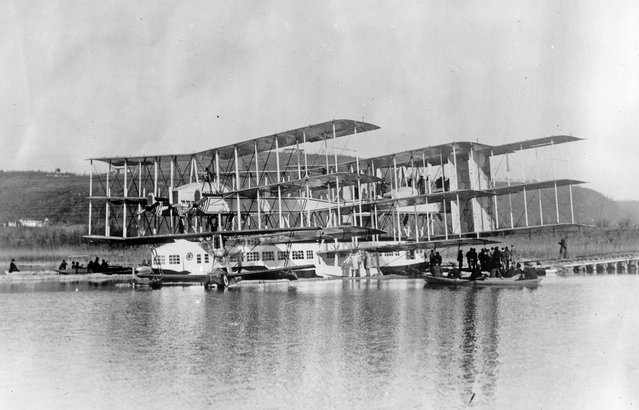 The Italian Caproni Capronissimo on Lake Maggiore, Italy. With quarters for 100 passengers, it was the largest aircraft in the world, but destroyed by fire before it flew, 1921. (Photo by General Photographic Agency/Getty Images) 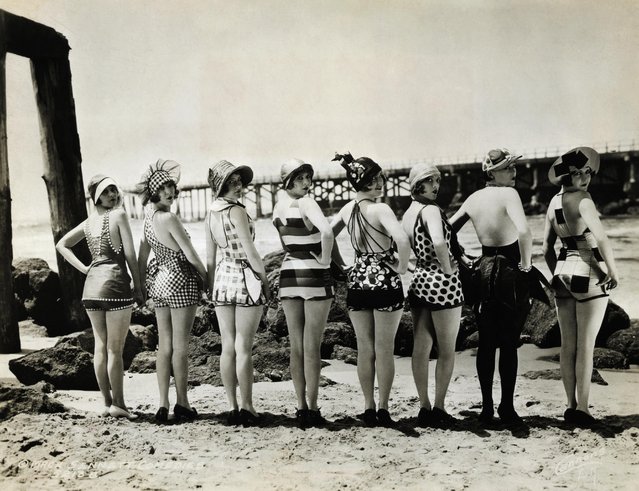