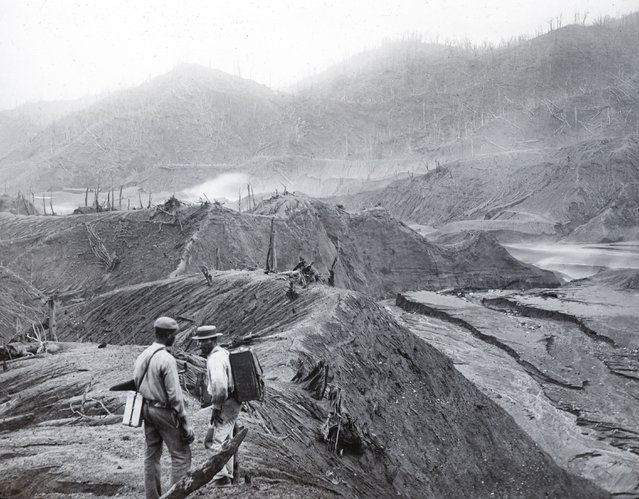 In this 1902 photo provided by York Museums Trust, men survey the devastation of the landscape following eruptions of La Soufrière, a volcano on the island of St. Vincent in the Caribbean. On April 9, 2021, La Soufriere once again started spewing hot torrents of gas, ash and rock, forcing thousands to evacuate to government-run shelters and private homes. (Photo by Tempest Anderson/York Museums Trust via AP Photo) 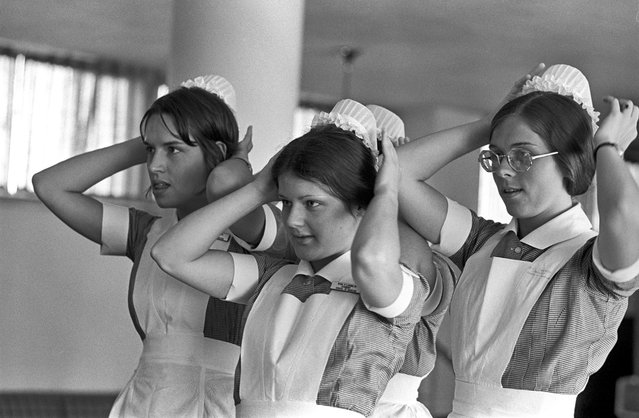 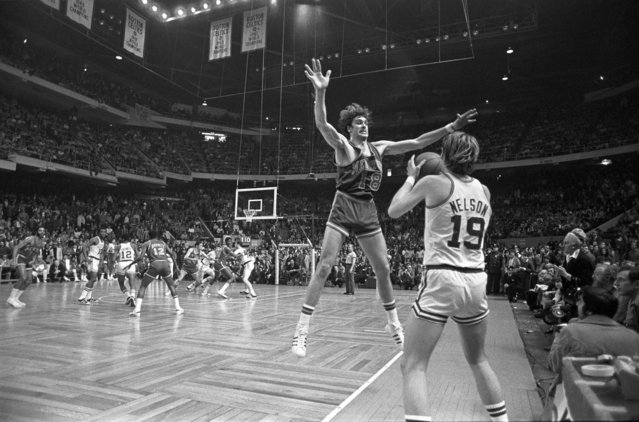 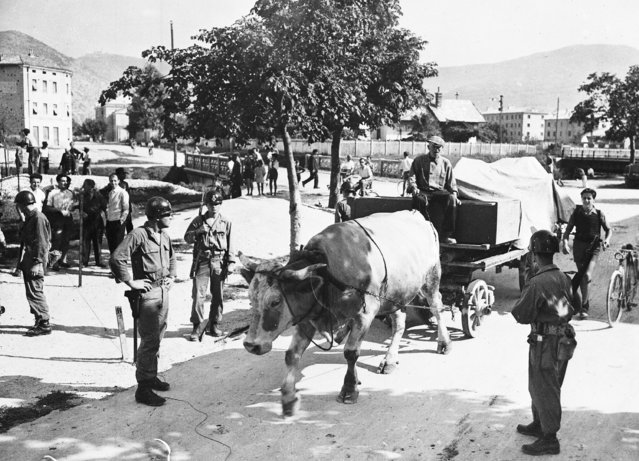 Two days before the ratification of the Italian Peace Treaty, a farmer with his ox cart, move all his possessions from territory to be ceded to Yugoslavia to an area under Italian control, September 13, 1947. (Photo by AP Photo) 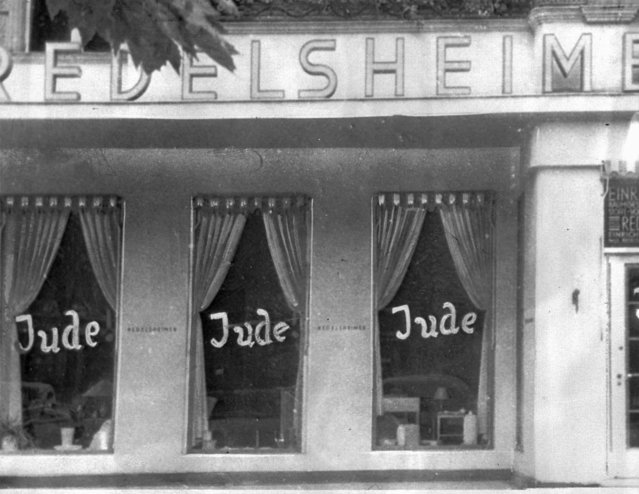 In this June 19, 1938 file picture, the word Jude (jew) is smeared to the windows of a shop in Berlin run by Jews. On Nov. 9, 1938 Nazi-incited mass riots left more than 91 jews dead, damaged more than 1,000 synagogues and left some 7,500 Jewish businesses ransacked and looted. Before local anti-Jewish laws were enacted, before neighborhood shops and synagogues were destroyed, and before Jews were forced into ghettos, cattle cars, and camps, words were used to stoke the fire of hate. “ItStartedWithWords” is a digital, Holocaust education campaign posting weekly videos of survivors from across the world reflecting on those moments that led up to the Holocaust. (Photo by AP Photo/File) 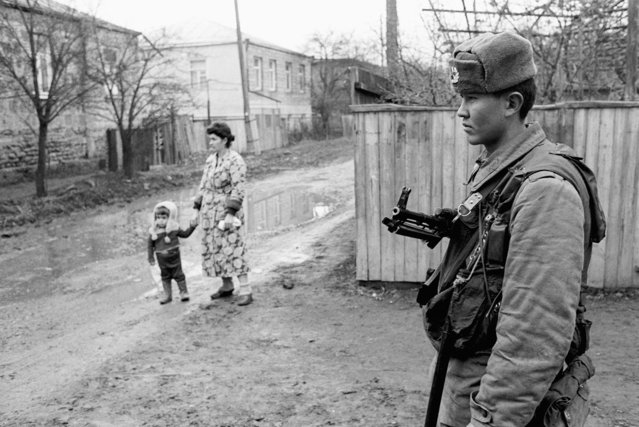 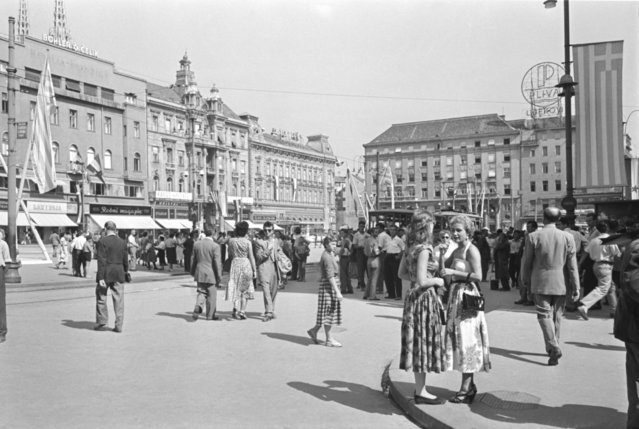 Zagreb, Yugoslavia. Summer, 1955. Passers-by walk on the Republic Square. The exact date of the photograph is unknown. (Photo by Vladimir Shakhovsky/TASS) 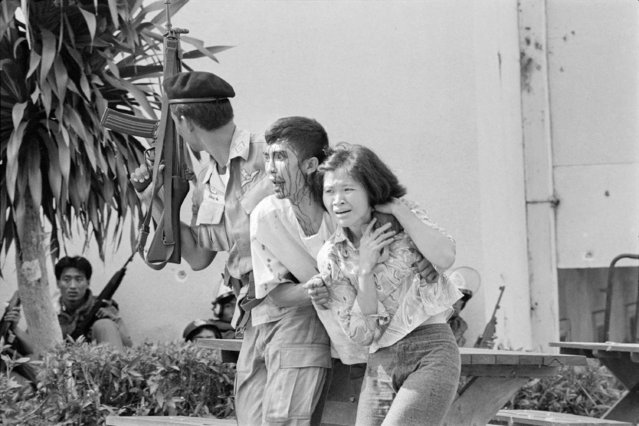 In this October 6, 1976, file photo, a leftist student, center, wounded and captured by police is helped to an ambulance during the student massacre at the Thammasat University campus in Bangkok, Thailand. This year’s anti-government protests are seeking new elections, a more democratic constitution and an end to intimidation of political activists. Their speeches have repeatedly highlighted the 1976 tragedy, piquing the interest of the current generation in what their forebears faced. (Photo by Neal Ulevich/AP Photo/File) 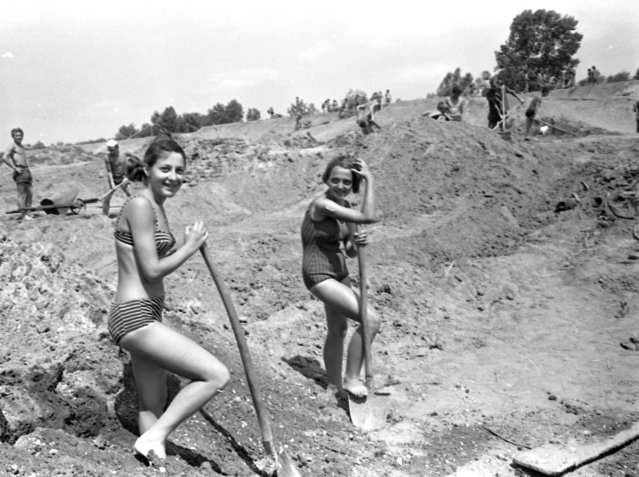 Boys and girls taking part in a Communist Youth labour camp in former Yugoslavia, 1963. They were working on a river project. (Photo by David Lewis Hodgson/Mary Evans Picture Library) 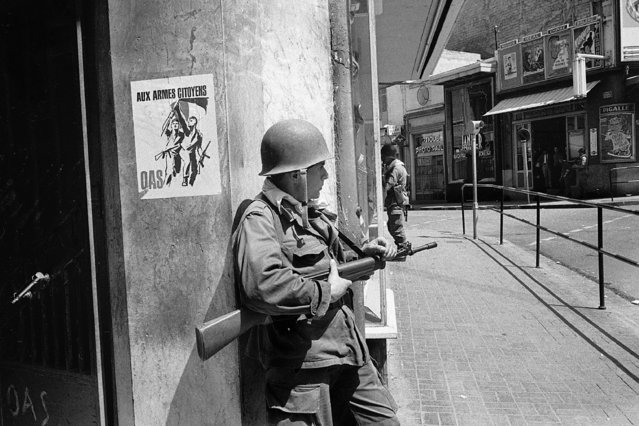 In this May 15, 1962 file photo, a French soldier guards a street corner in Oran, Algeria. French President Emmanuel Macron announced a decision to speed up the declassification of secret documents related to Algeria's seven-year war of independence from 1954 to 1962. On the wall is a poster of the nationalist Secret Armed Organization, calling for citizens to take up arms against Algerian independence. (Photo by Horst Faas/AP Photo/File) 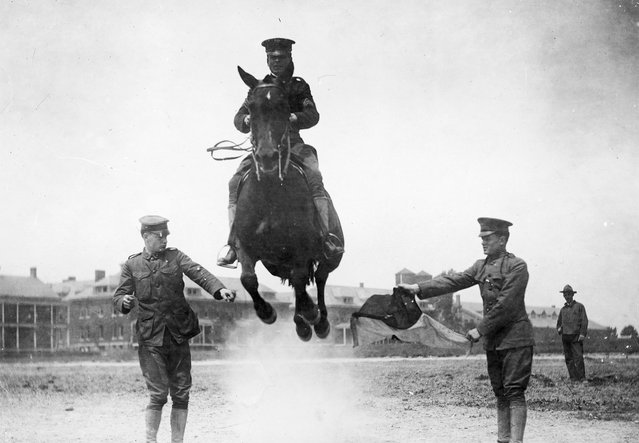 A horse and rider jumping between two soldiers during a horse-jumping competition at Fort Myer, Virginia, 1920. (Photo by Library of Congress) 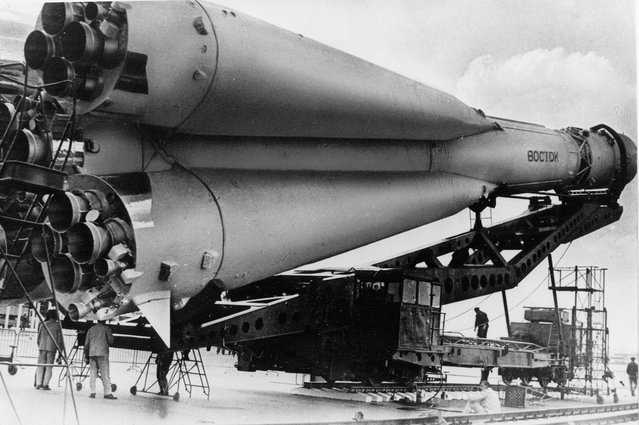 This undated picture shows a Russian Vostok rocket on its launcher. It was the Soviet Union's own giant leap for mankind – one that would spur a humiliated America to race for the moon. It happened on Tuesday, April 12, 1961 when an air force pilot named Yuri Gagarin, traveling in a Vostok, became the first human in space. (Photo by AP Photo/File) 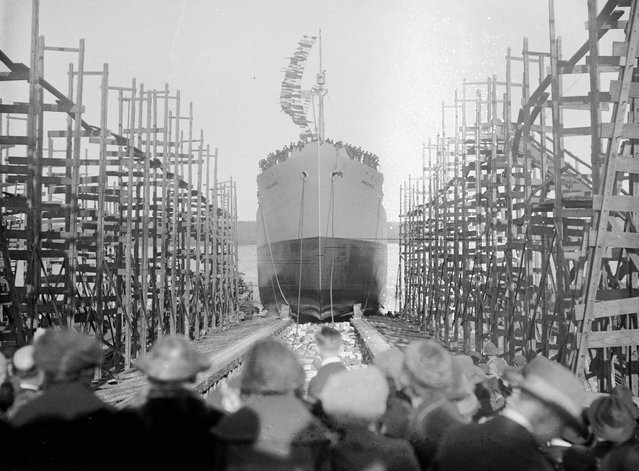 The launching of the steamer Annie E. Morse, probably at the Virginia Shipbuilding Corporation in Alexandria, Virginia, 1920. (Photo by Library of Congress) 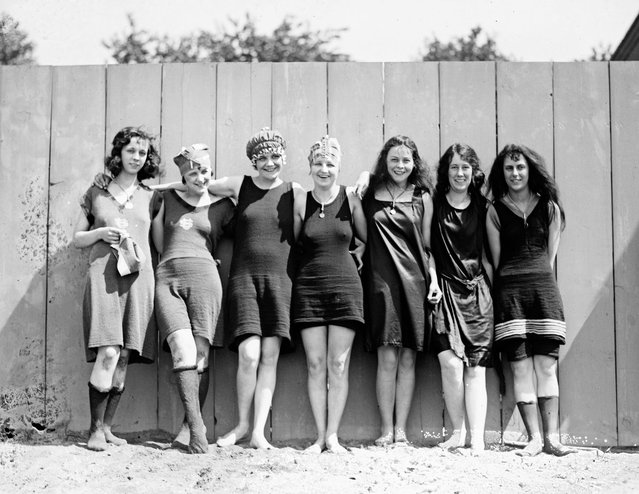 Bare legs and scanty one piece bathing suits were very much in evidence at the opening of Washington's municipal bathing beach today, May 29, 1920. Officials have agreed to disregard as precedents the prohibitory orders issued at Coney Island and Atlantic City. (Photo by Library of Congress) 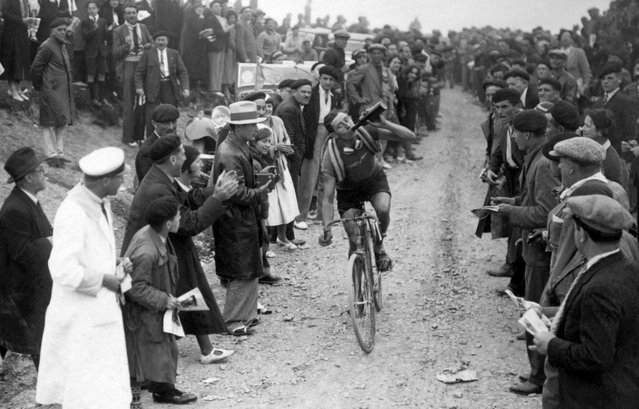