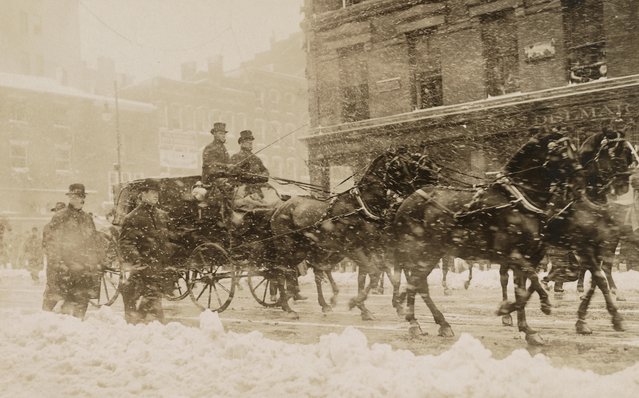 William Howard Taft and President Theodore Roosevelt head to the Capitol for Taft's inauguration in Washington, March 1909. A blizzard the night before left ten inches of snow in Washington, forcing the inauguration indoors to the Senate Chamber. (Photo by Library of Congress/Handout via Reuters) 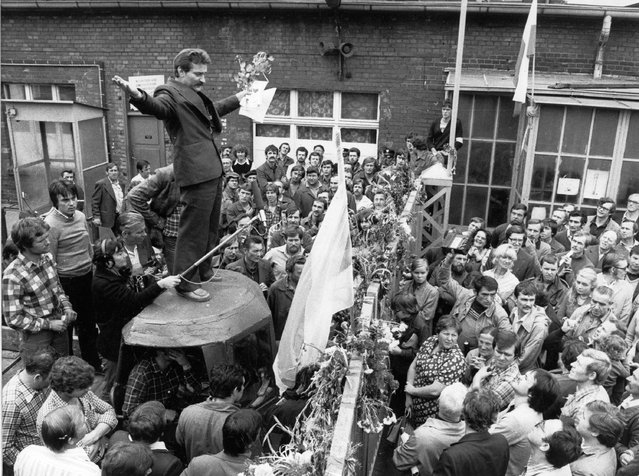 In this August 26, 1980 file photo, Lech Walesa, head of the striking workers delegation, stands on a makeshift podium as he addresses striking workers, at the Lenin shipyard in Gdansk, Poland. Poland on Monday, Aug. 31, 2020 celebrated 40 years since it took a crucial step toward democracy with the creation of the Soviet bloc's first free trade union, Solidarity, which changed the course of the nation's history. (Photo by Reportagebild via AP Photo) 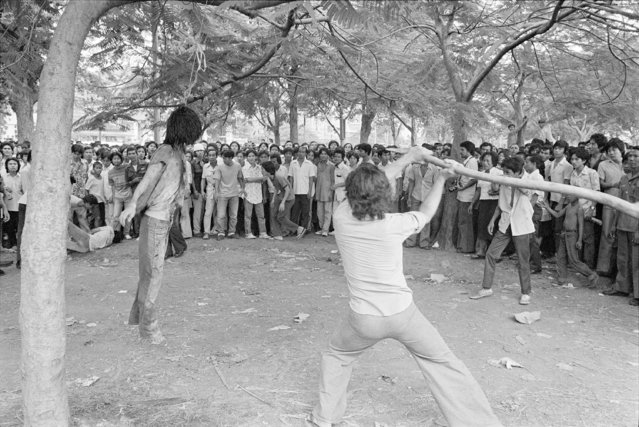 In this October 6, 1976, file photo, a member of a Thai political faction strikes at the lifeless body of a hanged student during a student massacre outside Thammasat University in Bangkok. This year’s anti-government protests are seeking new elections, a more democratic constitution and an end to intimidation of political activists. Their speeches have repeatedly highlighted the 1976 tragedy, piquing the interest of the current generation in what their forebears faced. (Photo by Neal Ulevich/AP Photo/File) 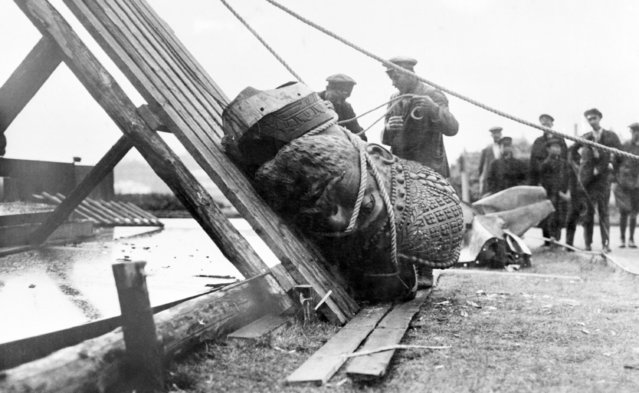 Removal of the Alexander III of Russia monument near the Cathedral of Christ the Saviour in Moscow, 1918. Reproduction. (Photo by ITAR-TASS) 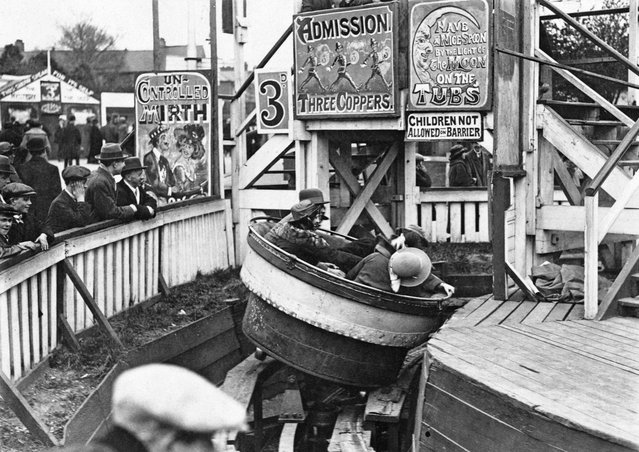 Bank Holiday Scenes AT Southend on March 1, 1921. In The Kinsall – Fun On The Tabs. (Photo by Hulton-Deutsch Collection/CORBIS/Corbis via Getty Images) 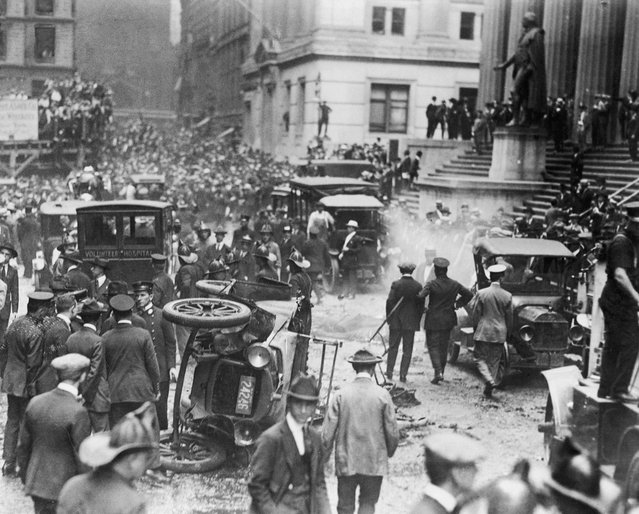 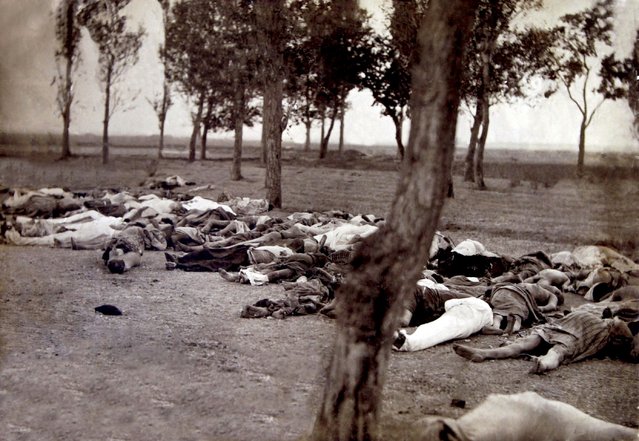 The bodies of deportees from Van who died of typhus and various other diseases, pictured in a forest near the Mother See of Etchmiadzin, about 25 kilometers (15 miles) from the Armenian capital of Yerevan, in the summer of 1915. Historians estimate that, in the last days of the Ottoman Empire, up to 1.5 million Armenians were killed by Ottoman Turks in what is widely regarded as the first genocide of the 20th century. Armenians have long pushed for the deaths to be recognized as genocide. While Turkey concedes that many died in that era, it rejects the term genocide, saying the death toll is inflated. Armenia on Saturday formally observes Genocide Remembrance Day, marking the start of the killings in 1915. (Photo by Armenian Genocide Museum/PAN Photo via AP Photo) 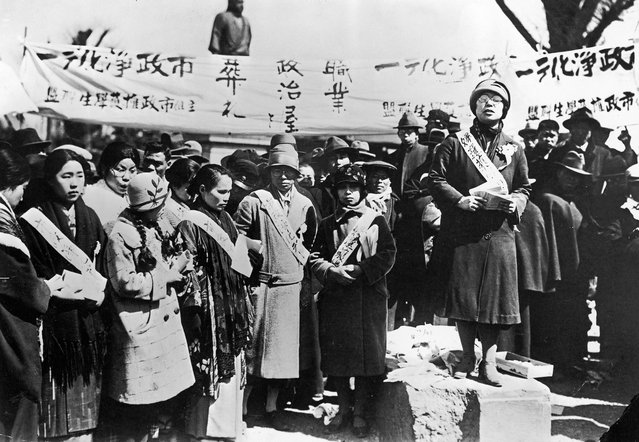 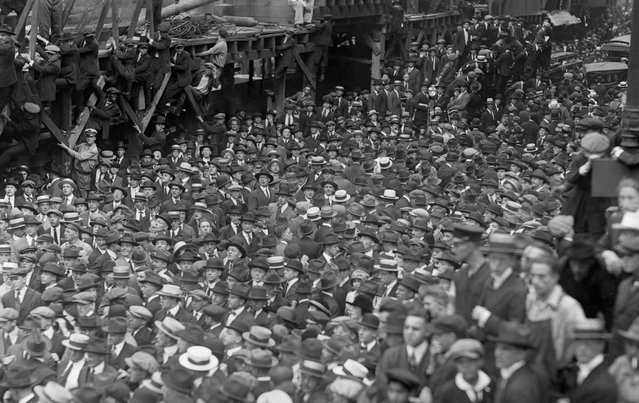 Scenes After Wall Street Explosion Will Harness Clear Up Wall Street Explosion on September 17, 1920 in New York. The haress is all that is left of the “dynamite” wagon said to have caused the Wall Street explosion disaster. The authorities hope to trace through the harness, the ownership of the wagon. Many investigators think that the disaster was caused by a bomb concealed in the wagon. The horse was blown to bits. Photo shows crowd trying to get a glimpse of the disaster. (Photo by Bettmann Archive/Getty Images) 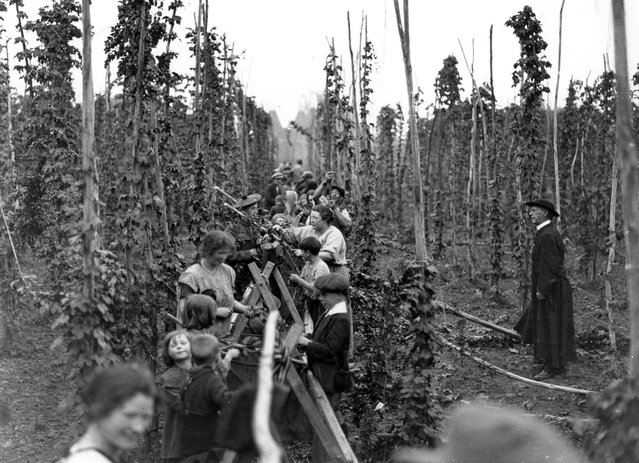 A group of people pick hops at Paddocks Wood in Kent watched over by a Reverend gentleman, 1921. (Photo by Central Press/Getty Images) 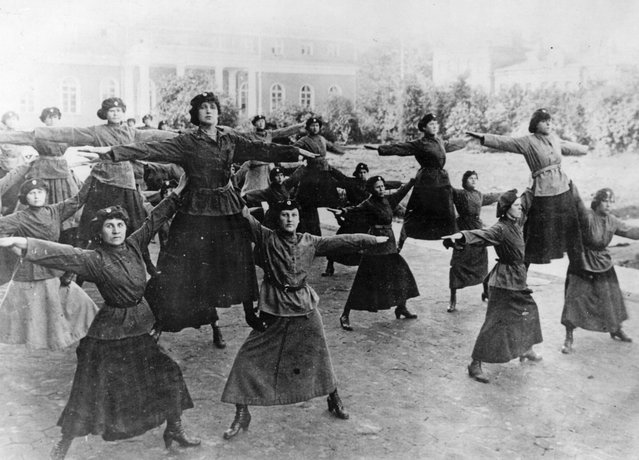 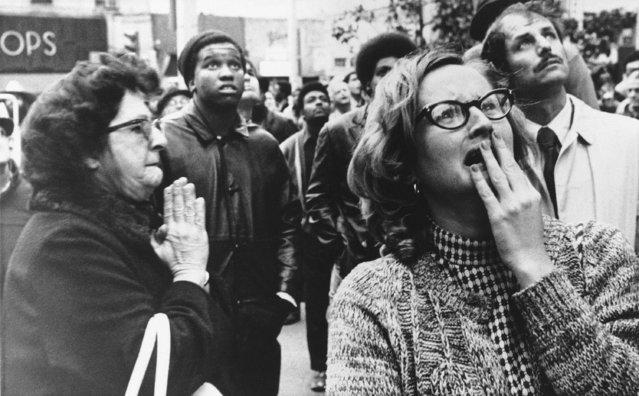 In a November 29, 1972 photo, spectators look up in disbelief as they watch four people leap to their death in downtown New Orleans. Fire broke out on the top floor of a 16-story Rault Tower building. (Photo by AP Photo) 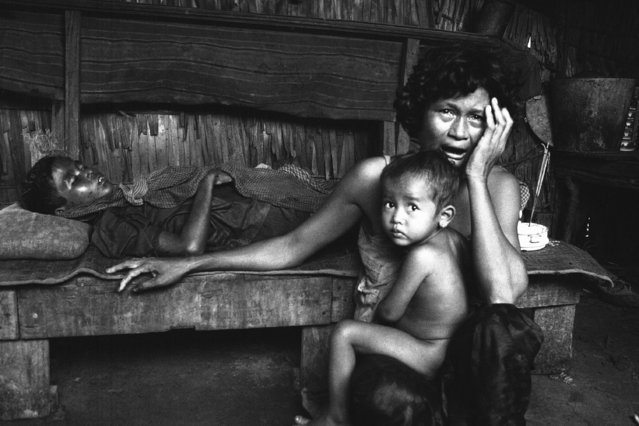 Her son a victim of an insurgent mortar attack, a Cambodian mother cries in grief following the attack on a hamlet in the Kompong Speu area in Cambodia October 20, 1974. The Khmer Rouge high explosive rounds wounded other children in addition to killing the youngster. (Photo by Chor Yuthy/AP Photo) 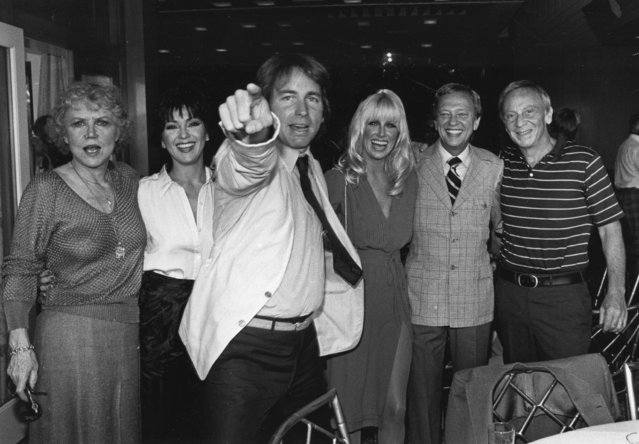 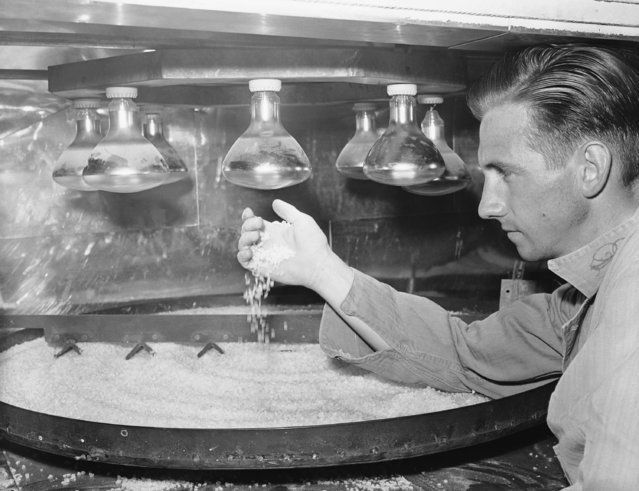 The making of shatter-proof lenses for eye guards is highly technical, involving the arts of physics and chemistry. This photo shows clears acrylic crystals from which the plastic lenses are made being baked in an infra-red oven to eliminate moisture and pre-condition them for the operation in the moulding press in Los Angeles September 15, 1942. The operator is Frank Hamilton. (Photo by AP Photo) 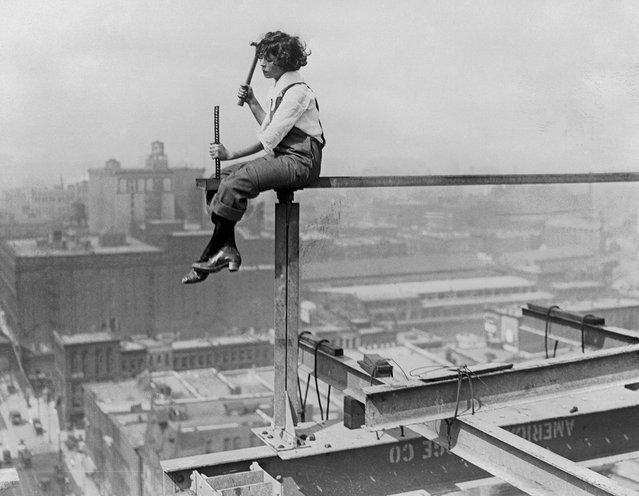 After finding the bricklaying business too full of ups and downs, this amazing young girl decided to take a shot at iron girdering for a change. She is Miss “Collie” Collier, a reporter for the Chicago Herald-Examiner. August 17, 1920. (Photo by Bettmann Archive/Getty Images)
Edit Del
25 Apr 2021 07:43:00, post received 0 comments
Publication archive:
←   →
Popular tags:
All tags
Last searches: