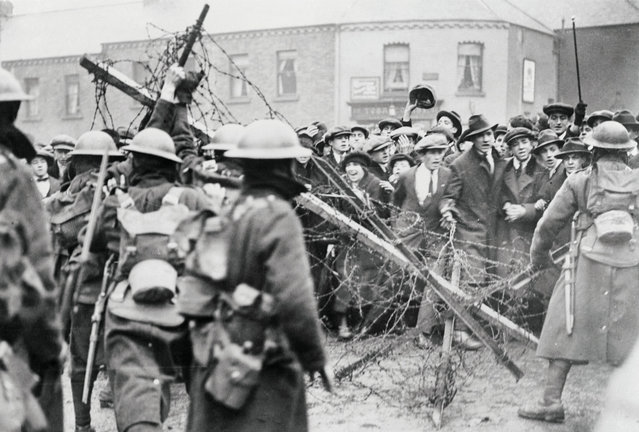 A crowd of Sinn Fein sympathizers in front of a barricade, manned by British troops, barring the road to Mountjoy prison, Dublin, 30th April 1920. (Photo by Bettmann Archive/Getty Images) 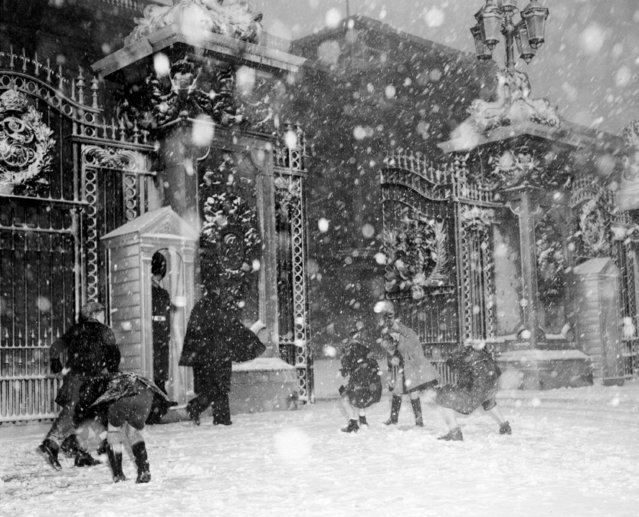 Children play snowballs in front of Buckingham Palace, London, January 4, 1955, whilst a sentry stands in his box and a policemen patrols in front of the gates. (Photo by AP Photo/Staff/Smart) 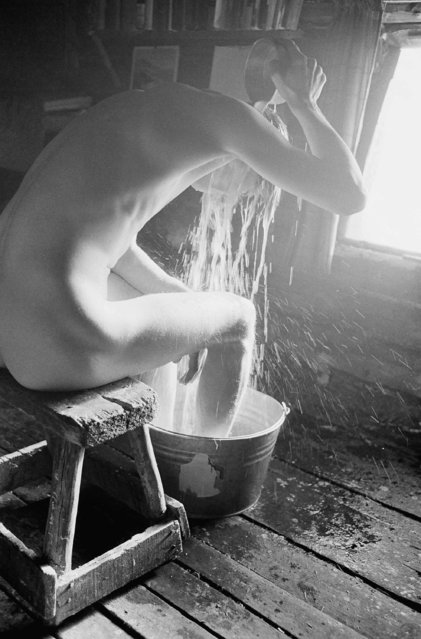 In a log cabin in the wilds of Alaska, there's no plumbing as seen here, January 4, 1972. A bath is a weekly affair over a small tin tub. (Photo by John Metzger/AP Photo) 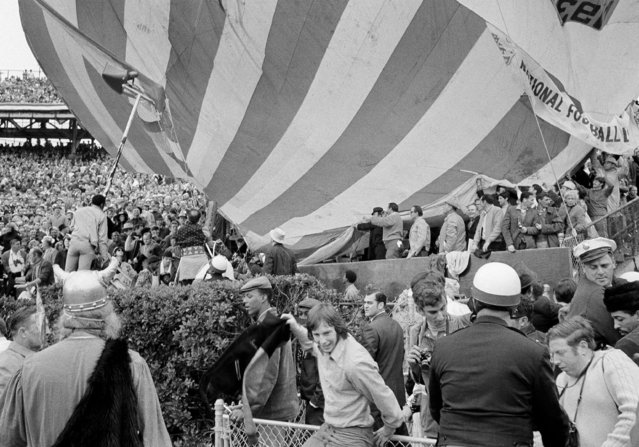 Spectators grab a large hot air balloon after it went astray before Super Bowl game in New Orleans, January 11, 1970. The Viking who was riding in the basket assembly remained there throughout the flight. (Photo by AP Photo) 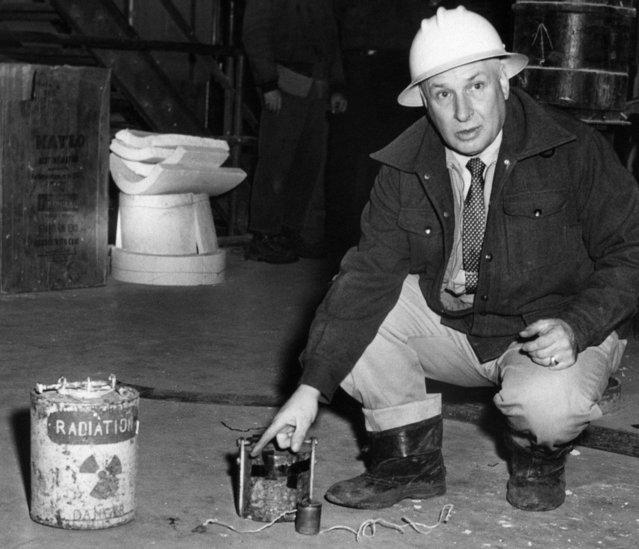 James Gleason, an official of a Philadelphia construction firm, points to a deadly cylinder of radioactive Cobalt, discovered in the auto of a workman in Milford, Connecticut on January 11, 1956 after it had been missing from a utility company project 16 hours. The workman was unaware of the deadly aspect of the capsule when he took it from the job. (Photo by AP Photo) 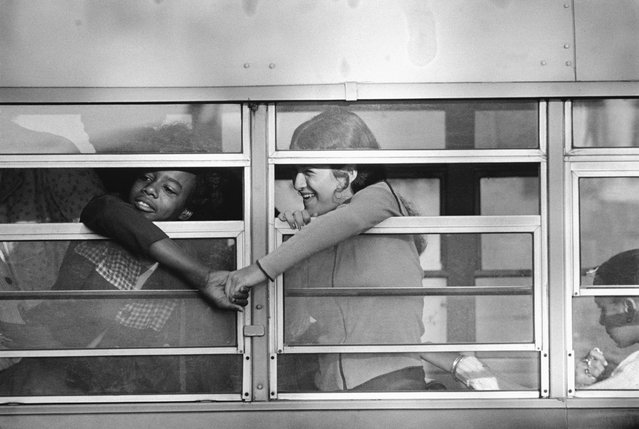 Boston:The second week of the phase 2 school integration of the Boston school system began 9/15 with security somewhat relaxed and no trouble reported. There was an apparent marked increase in attendance to the schools, sepecially true among whites previously boycotting classes. Here, a black and a white grasped hands through window as the bus pulled up in front of Charlestown High School. 9/15/1975. (Photo by Bettmann Archive/Getty Images) 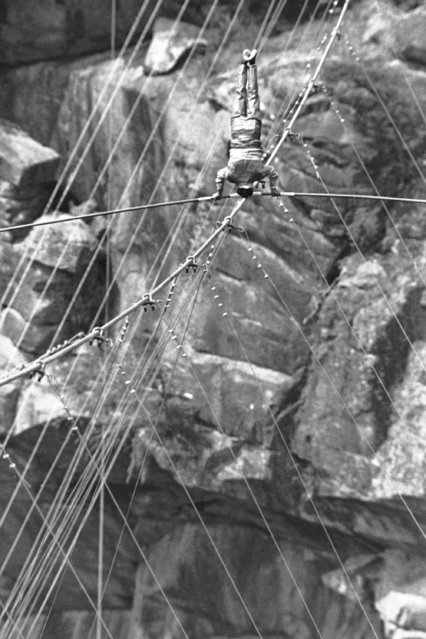 Headstanding high wire artist Karl Wallenda during his 1,000-foot walk 750-foot above the Gorge at Tallulah Falls, Georgia on July 18, 1970. The 65-year-old performer completed the stroll without incident. (Photo by Charles Kelly/AP Photo) 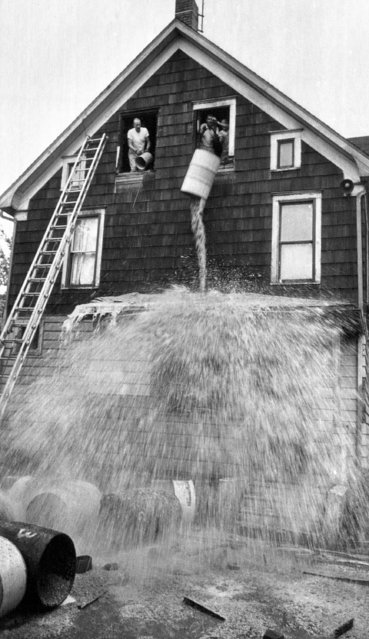 Mash for moonshine whisky, 50 gallon drums, cascades from the third story of an Akron, Ohio house on Friday, July 19, 1962, where Federal, State and City raiders crashed in on a large-scale still. The still was bubbling and 1,500 empty jugs were waiting to be filled when eight agents knocked down the door. Arrested was the only one in the house, Terrence Landry, 43, of Akron. (Photo by AP Photo) 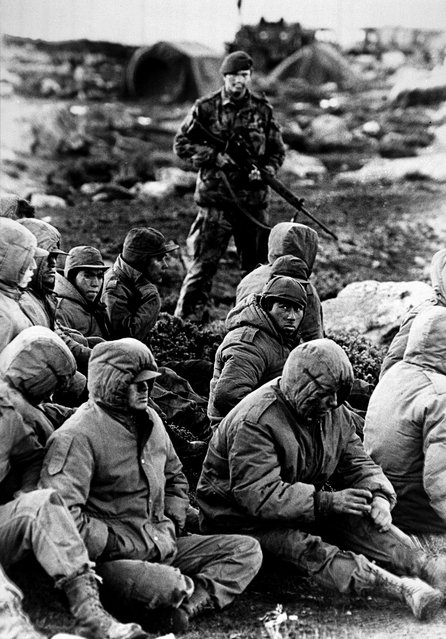 Captured Argentinian soldiers are guarded by a British Royal Marine as they await transit out of the area at Goose Green, Falkland Islands, June 2, 1982. The 10-week Falklands War killed 712 Argentines, 255 Britons and three islanders. (Photo by Martin Cleaver/AP Photo) 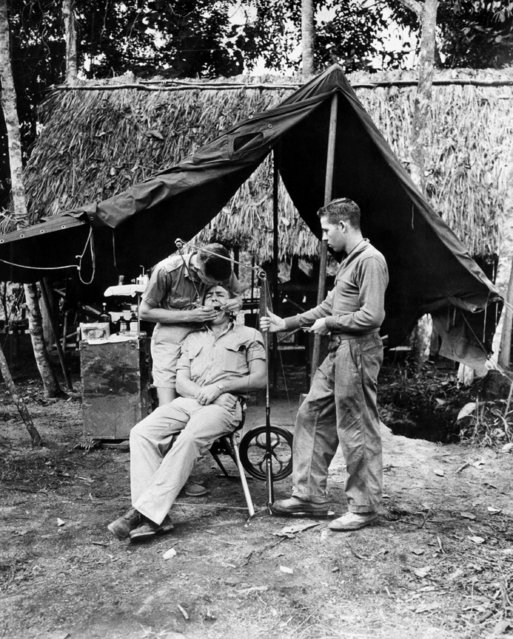 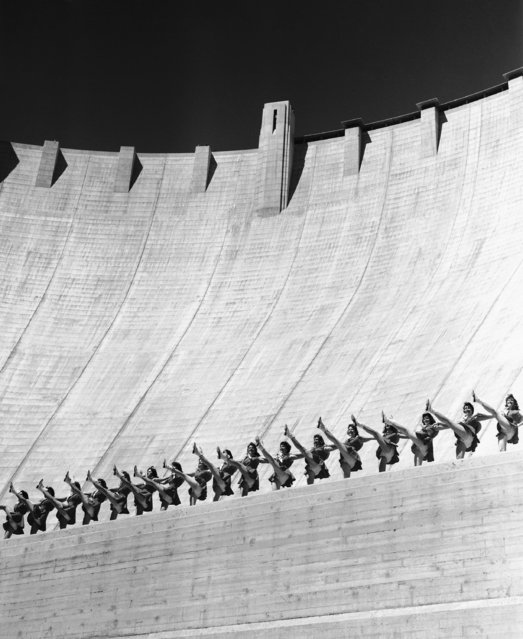 Top of Hoover Dam towers almost 600 feet above as the Rhythmettes, precision dancing group from nearby Las Vegas, Nevada High School; kick high during routine on what must be the world's largest stage June 8, 1957. (Photo by AP Photo) 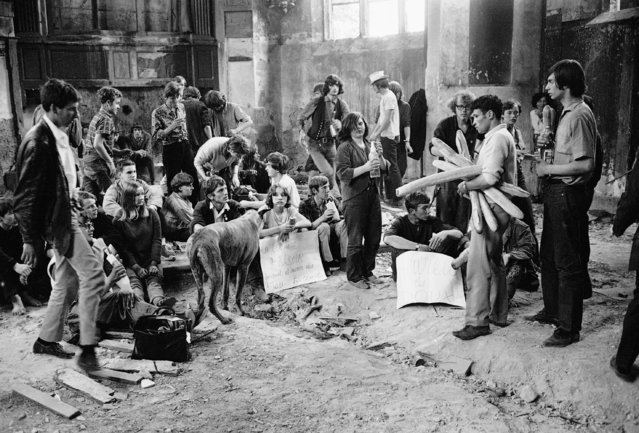 Some forty French beatniks gathered inside an abandoned church at Puteaux to protest against bad treatment from the French authorities, June 8, 1966, Paris, France. Food is distributed at the rally. The menu was simple: loafs of bread, cheese and soda water. The beatniks are unidentified. (Photo by AP Photo) 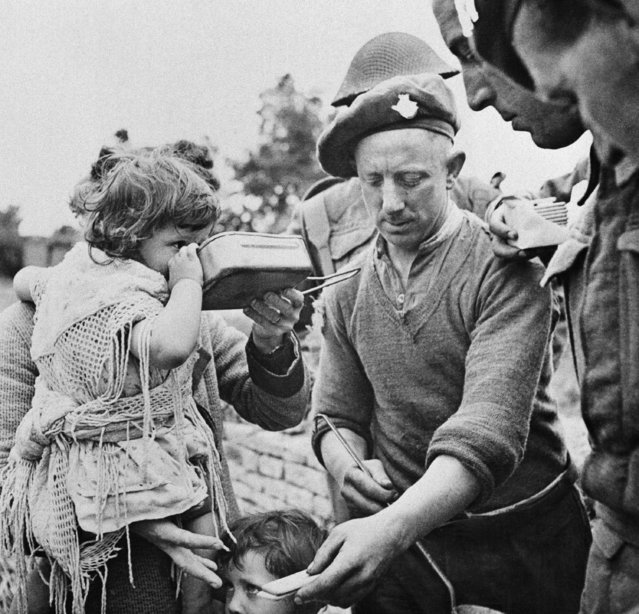 French refugees, including women and children, gather around British soldiers at a Civil Affairs Feeding Center in the Normandy beachhead sector who are supplying hot food on June 16, 1944. Many of the refugees had not eaten for three or more days. (Photo by AP Photo) 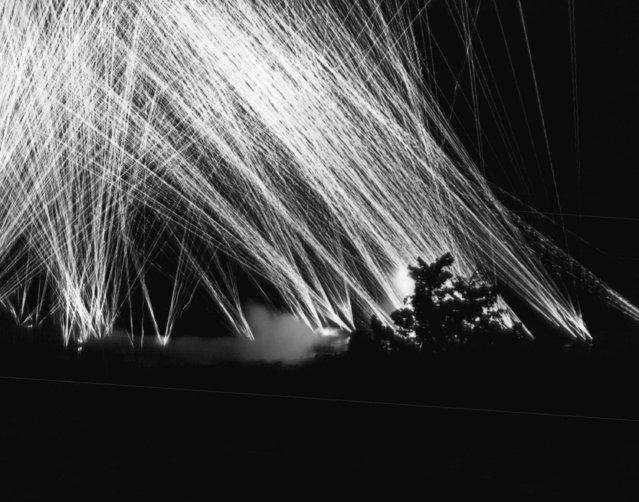 Flak flies at Axis planes during an air raid in Algiers June 16, 1947. The concentrating of fire brought down several planes. (Photo by AP Photo) 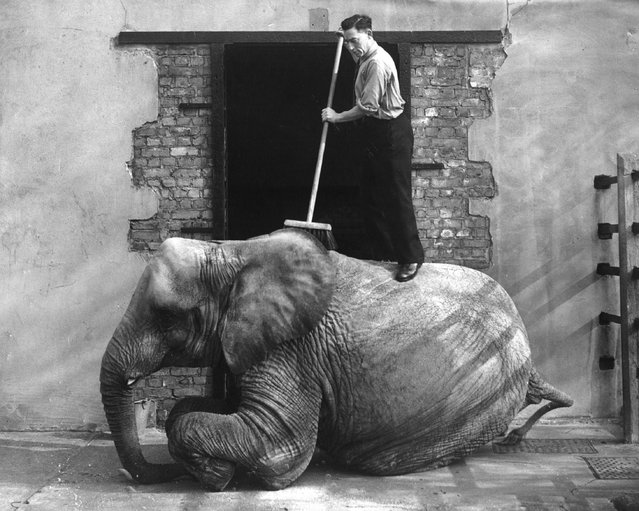