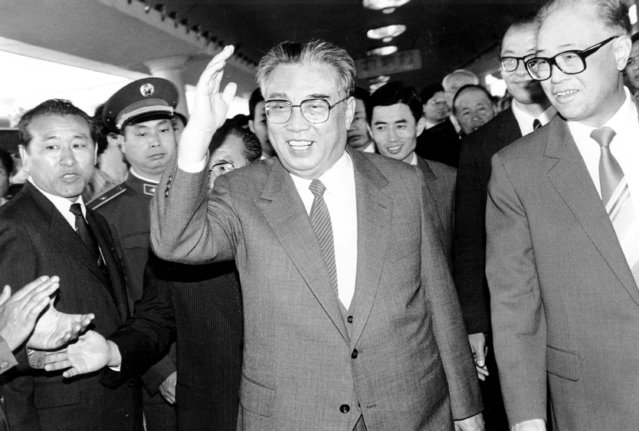 In this May 21, 1987, file photo, then North Korean President Kim Il Sung, center, and then Chinese Premier Zhao Ziyang make their way through a crowd of well-wishers at the train station in Beijing. North Korean leader Kim Jong Un’s two-week absence from public view has inspired speculation and rumors, but past disappearances of North Korea's ruling elite frequently have simply shown the disconnect between insatiable curiosity about the country and the secrecy surrounding its leadership. (Photo by Neal Ulevich/AP Photo/File) 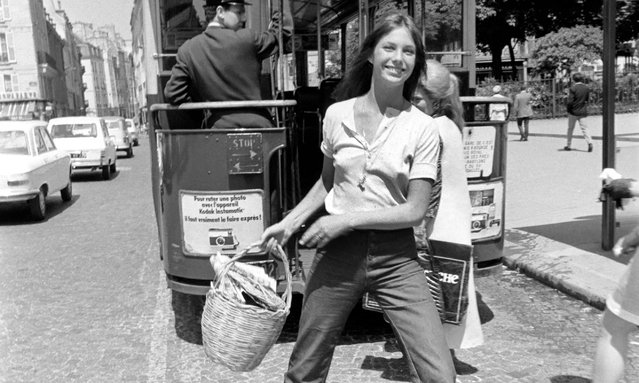 English-French actress Jane Birkin shopping with a basket bag in Paris on June 4, 1970. (Photo by WATFORD/Mirrorpix/Mirrorpix via Getty Images) 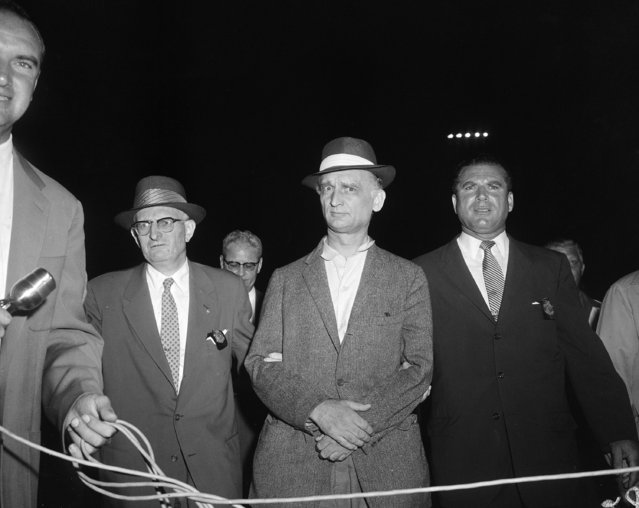 Col. Rudolf Ivanovich Abel, 55-year-old accused Soviet spy, is accompanied by U.S. Marshal, William E. Smith, left, and Joe Job, right, after arrival at Newark Airport, late August 8, 1957. Abel, a 9-year resident of Brooklyn where he posed as an artist, is charged with being a key Russian spy in the U.S. (Photo by Marty Lederhandler/AP Photo) 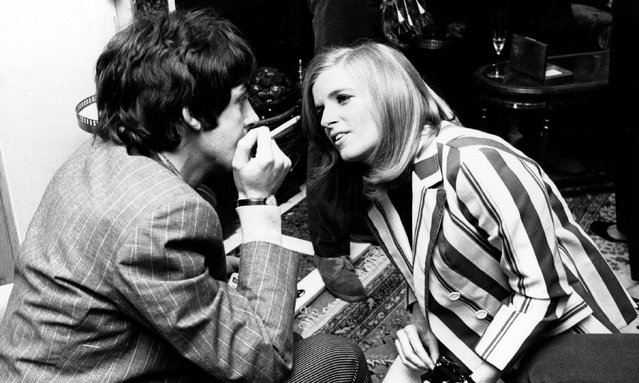 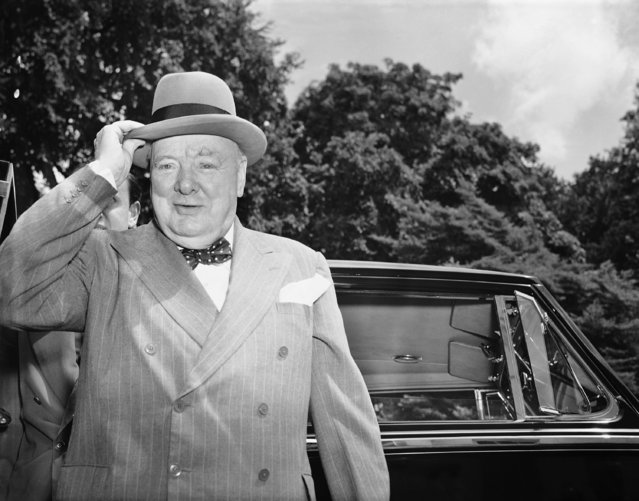 In this June 29, 1954 file photo, British Prime Minister Winston Churchill holds his hat as he arrives at the White House in Washington. Newly public document reveal that former British Prime Minister John Major was interested in renaming Heathrow Airport after wartime leader Winston Churchill but never moved forward on the idea. Documents released Tuesday, Dec. 31, 2019 show that Major considered the idea in 1996 after receiving a letter urging him to drop the “stupid” name of Heathrow from the UK's busiest airport. (Photo by Charles Gorry/AP Photo/File) 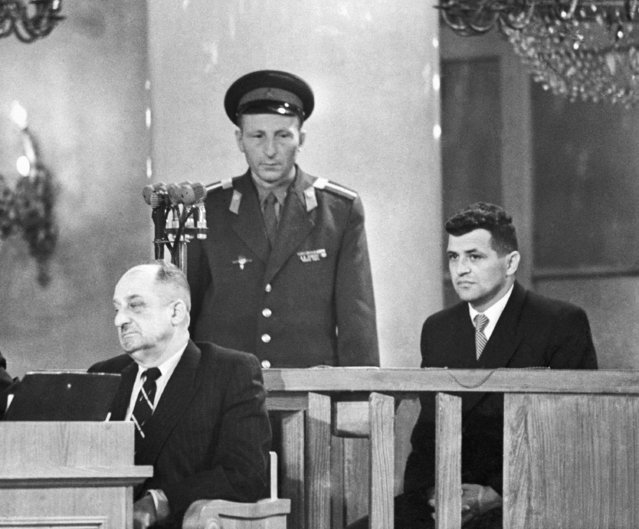 Moscow, Soviet Union. American pilot Francis Gary Powers (R) attends an open session of the Military Board of the USSR Supreme Court on August 19, 1960 in the Pillar Hall of the House of the Unions. As US Central Intelligence Agency officer, Powers was convicted of espionage and sentenced to 10 years imprisonment. On May 1, 1960 his U-2 spy plane was shot down by a surface-to-air missile near Sverdlovsk, Powers himself arrested after landing. (Photo by TASS/AP Photo) 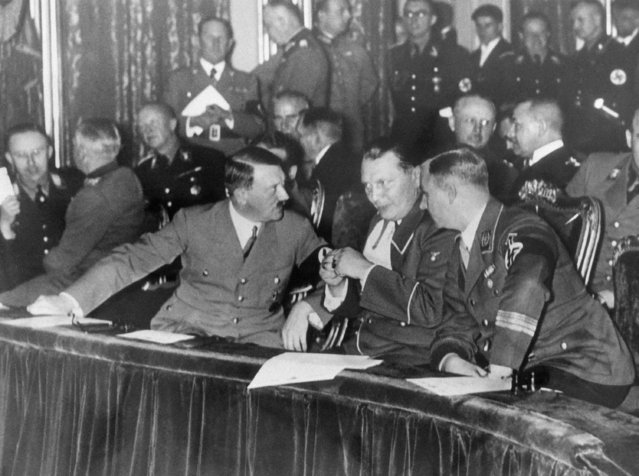 When Chancellor Adolf Hitler called a private meeting of German Nazis for January 3, 1935 and excluded even Nazi newspapermen, rumors were rife that an upheaval in the Nazi party was under way. Hitler denied the rumors, however, saying the meeting was an “unofficial New Year's party”. This exclusive photograph, taken inside the Berlin State Opera House, shows the opera party that followed the meeting. Chancellor Hitler (second from left) talks to Premier Goering and storm trooper Chief of Staff Victor Lutze. Others high in the Nazi party are in the opera box, listening to a performance of Wagner's “Tannhauser”. (Photo by AP Photo) 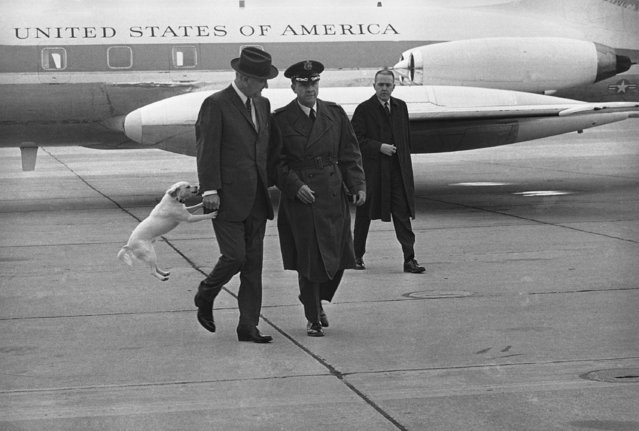 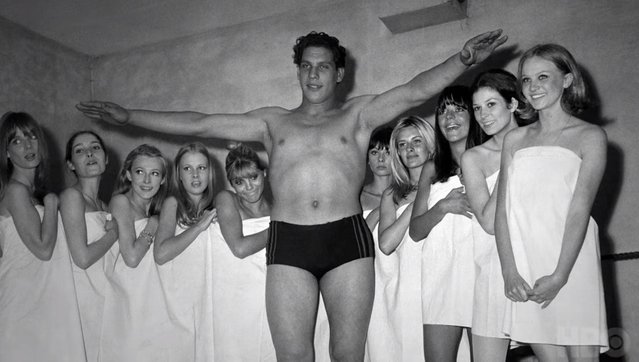 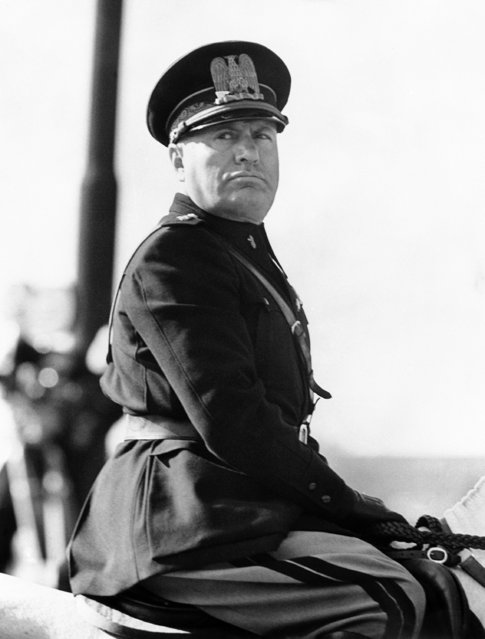 Benito Mussolini, in the newly introduced Fascist uniform, on his horse at a parade of police to commemorate the 13th anniversary of the foundation of the Metropolitan Police in Rome, Italy around October 20, 1938. (Photo by AP Photo) 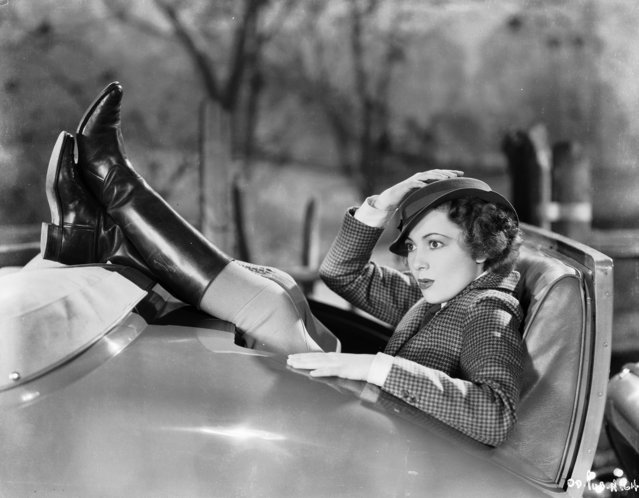 British-born actress Olivia de Havilland squeezes into the back seat of a convertible, circa 1936. (Photo via John Kobal Foundation/Getty Images) 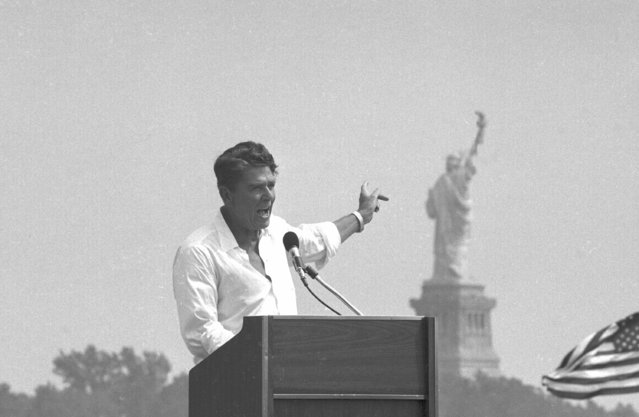 Republican presidential nominee Ronald Reagan points to the Statue of Liberty in New York Harbor in background as he campaigns with rolled up sleeves and an open shirt at Liberty State Park in Jersey City, N.J., September 1, 1980. (Photo by v/AP Photo 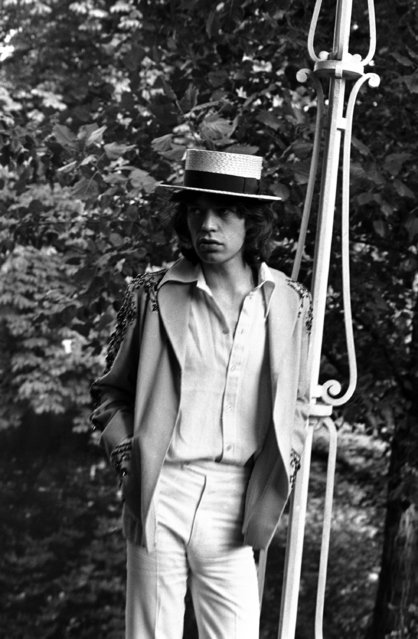 Mick Jagger, lead singer of The Rolling Stones pop music group, wears a straw hat during a press conference at the Bois de Boulogne in Paris, France on September 22, 1970. The Rolling Stones will perform at three concerts in the French capital. (Photo by AP Photo) 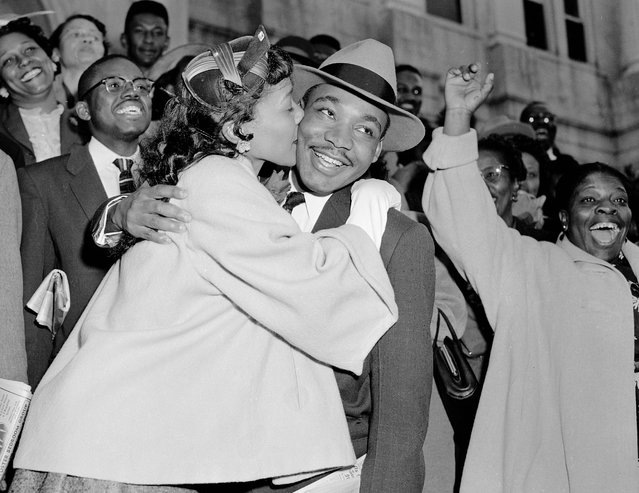 The Rev. Martin Luther King Jr. is welcomed with a kiss by his wife Coretta after leaving court in Montgomery, Ala., March 22, 1956. King was found guilty of conspiracy to boycott city buses in a campaign to desegregate the bus system, but a judge suspended his $500 fine pending appeal. (Photo by Gene Herrick/AP Photo) 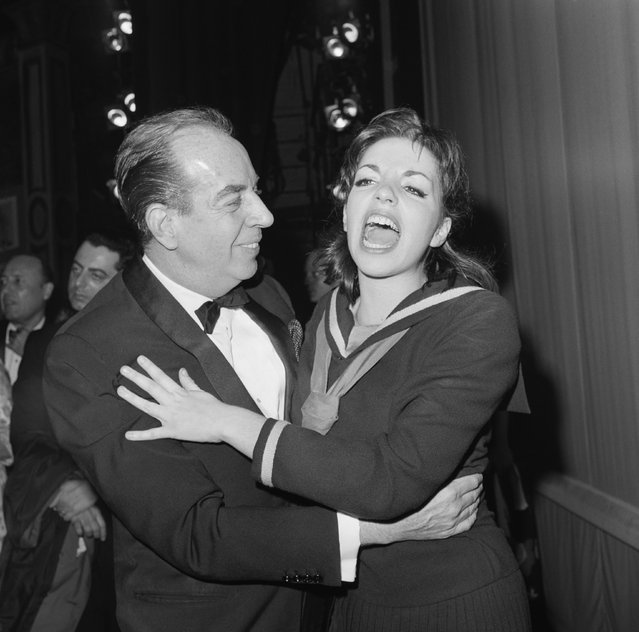 Thrilled with the excitement of opening night on Broadway, singer-actress Liza Minnelli shares the happy moment with her father Vincente Minnelli after the opening of Flora, the Red Menace, in which Miss Minnelli plays the title role in New York on May 13, 1965. The musical, directed by George Abbott and produced by Harold Prince, marks the Broadway debut of Liza, who is the daughter of Judy Garland. Opening night a the Alvin Theatre attracted a host of celebrities, including Senator Jacobs Javits and Representative John Lindsay. (Photo by Bettmann Archive via Getty Images)
Edit Del
30 Jul 2020 00:03:00, post received 0 comments
Publication archive:
←   →
Popular tags:
All tags
Last searches: