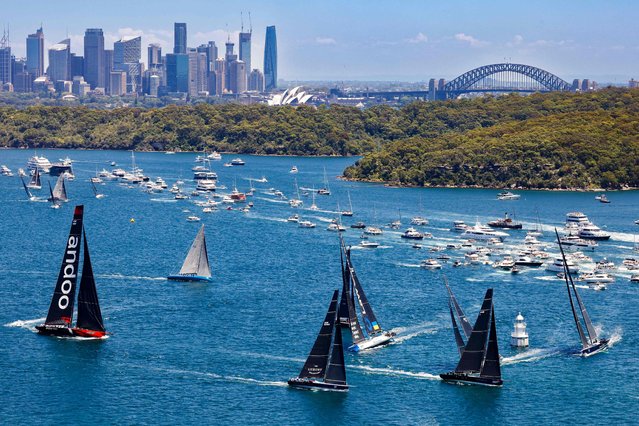 This handout photograph taken on December 26, 2022 and released by Rolex shows yachts sailing out of Sydney harbour at the start of the Sydney to Hobart yacht race. (Photo by Carlo Borlenghi/ROLEX via AFP Photo) 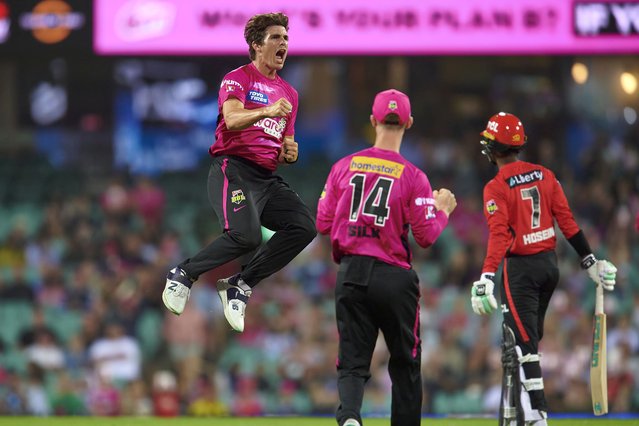 Sean Abbott of the Sixers celebrates after taking the wicket of Akeal Hosein of the Renegades during the Men's Big Bash League match between the Sydney Sixers and the Melbourne Renegades at Sydney Cricket Ground, on December 28, 2022, in Sydney, Australia. (Photo by Brett Hemmings/Getty Images) 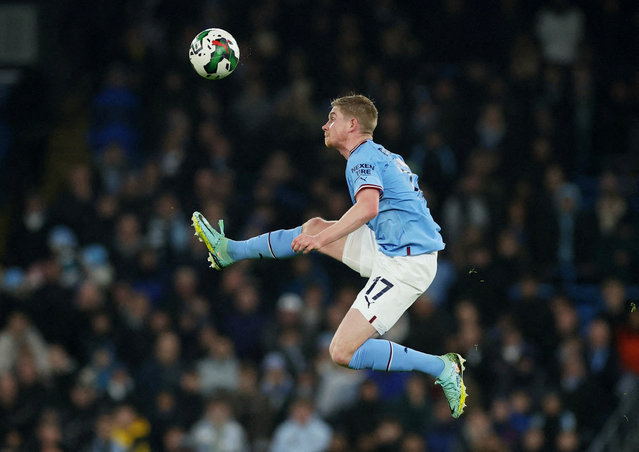 Manchester City's Kevin De Bruyne in action against Liverpool on December 22, in the fourth round of the Carabao Cup in Manchester, England. (Photo by Phil Noble/Reuters) 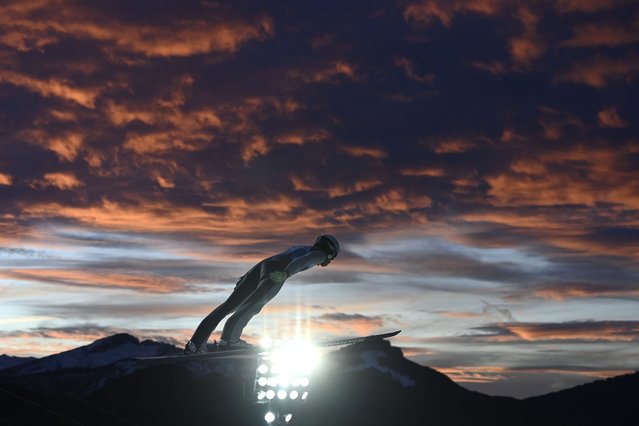 Daniel Andrei Cacina of Romania in action during the qualification for the first stage of the 71st Four Hills Ski Jumping Tournament in Oberstdorf, Germany, 28 December 2022. (Photo by Anna Szilagyi/EPA/EFE) 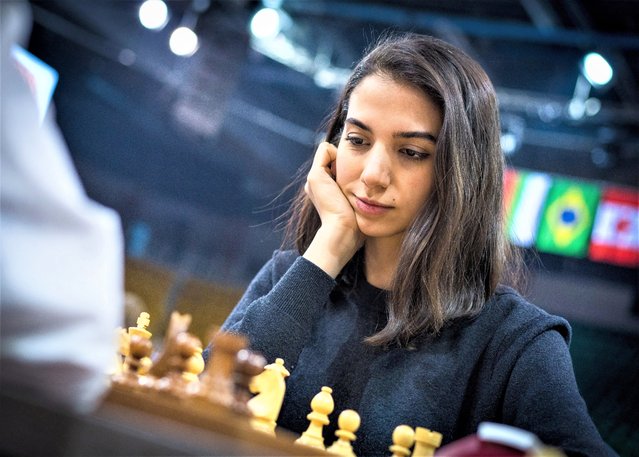 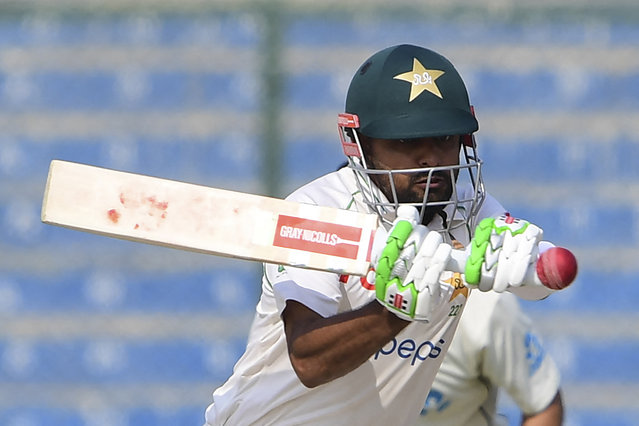 Pakistan's captain Babar Azam plays a shot during the first day of the first cricket Test match between Pakistan and New Zealand at the National Stadium in Karachi on December 26, 2022. (Photo by Asif Hassan/AFP Photo) 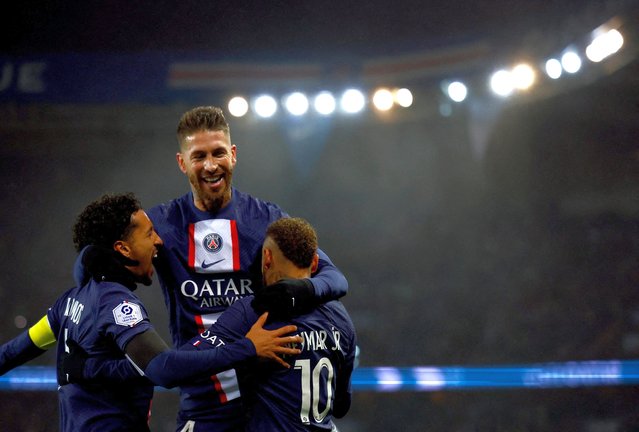 Captain Marquinhos #5 of Paris Saint-Germain celebrate his goal with Neymar Jr and Sergio Ramos during the Ligue 1 match between Paris Saint-Germain and RC Strasbourg at Parc des Princes on December 28, 2022 in Paris, France. (Photo by Sarah Meyssonnier/Reuters) 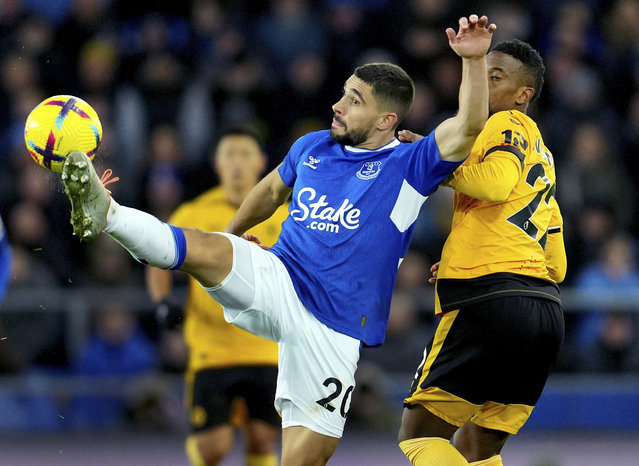 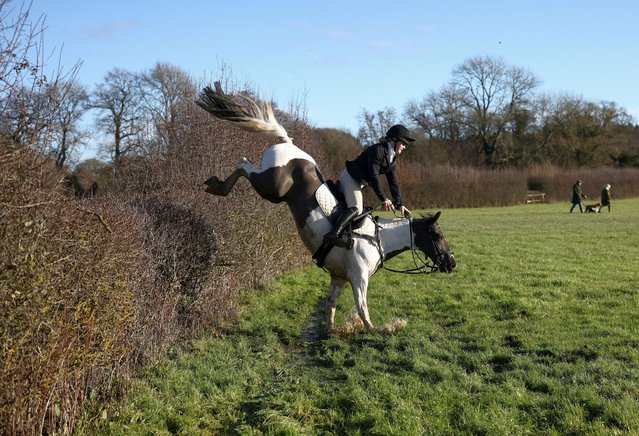 A member of the Old Surrey Burstow and West Kent Hunt jumps over a hedgerow during the annual Boxing Day hunt in Chiddingstone, Britain on December 26, 2022. (Photo by Henry Nicholls/Reuters) 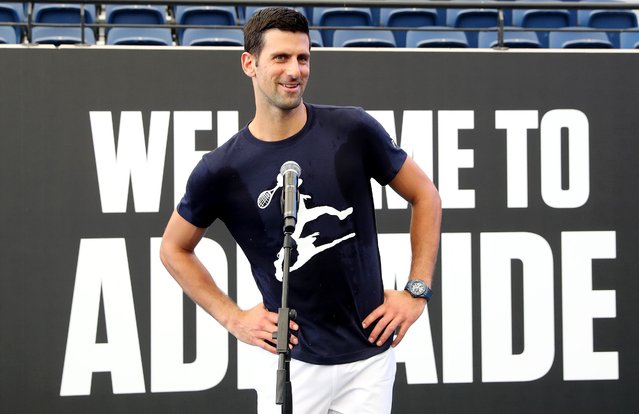 Novak Djokovic talks to the media after a practice session ahead of the 2023 Adelaide International at Memorial Drive on December 29, 2022 in Adelaide, Australia. (Photo by Sarah Reed/Getty Images) 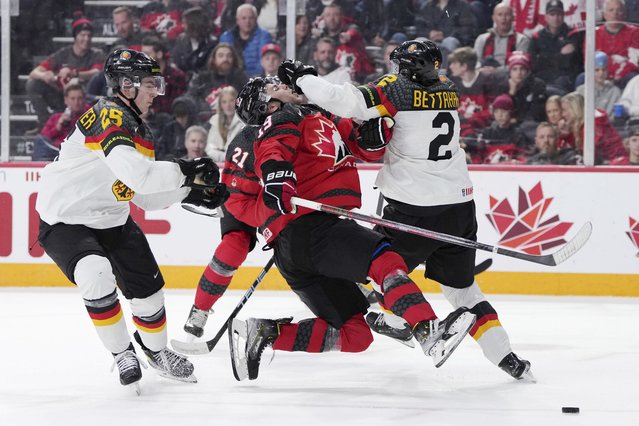 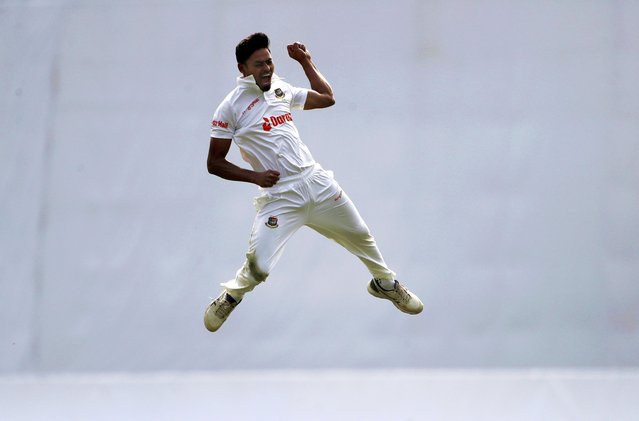 Bangladesh's Taijul Islam leaps in the air to celebrate the wicket of India's Shubman Gill on the day two of the second cricket test match between Bangladesh and India, in Dhaka, Bangladesh, Friday, December 23, 2022. (Photo by Surjeet Yadav/AP Photo) 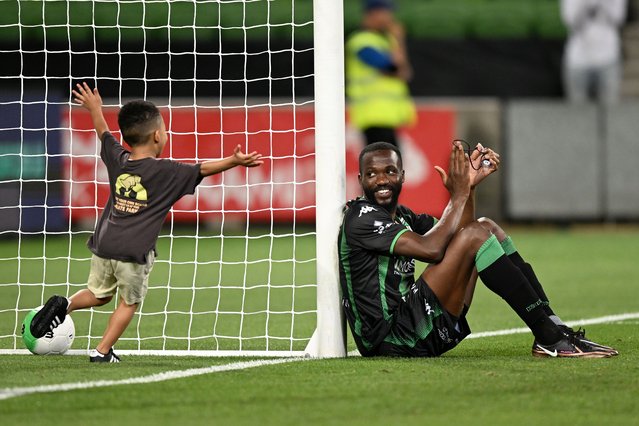 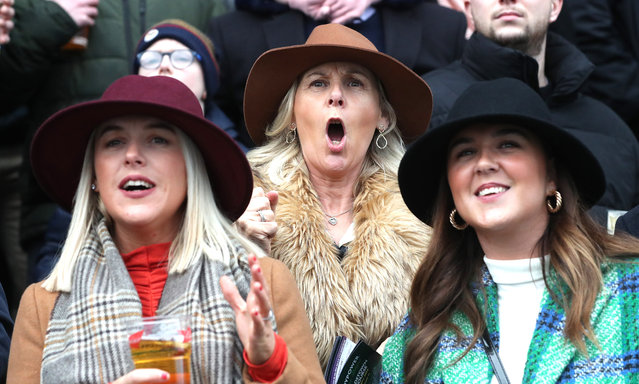 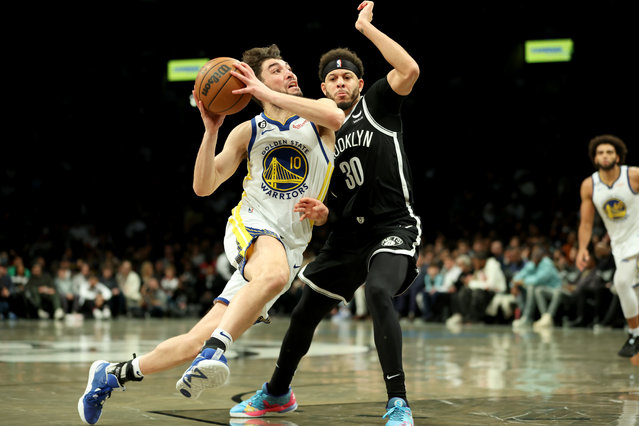 Ty Jerome #10 of the Golden State Warriors drives to the basket against Seth Curry #30 of the Brooklyn Nets during the second half of the game at Barclays Center on December 21, 2022 in the Brooklyn borough of New York City. (Photo by Sarah Stier/Getty Images) 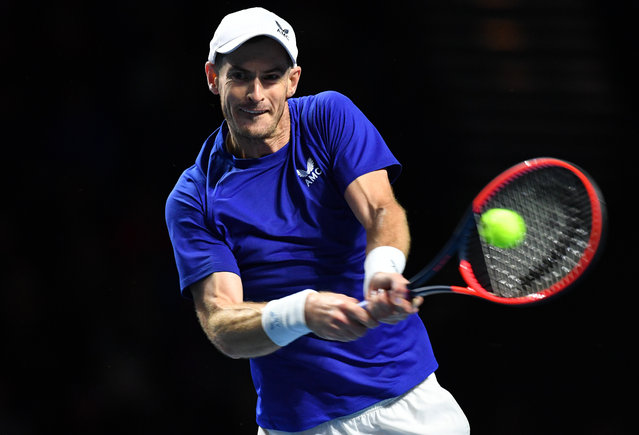 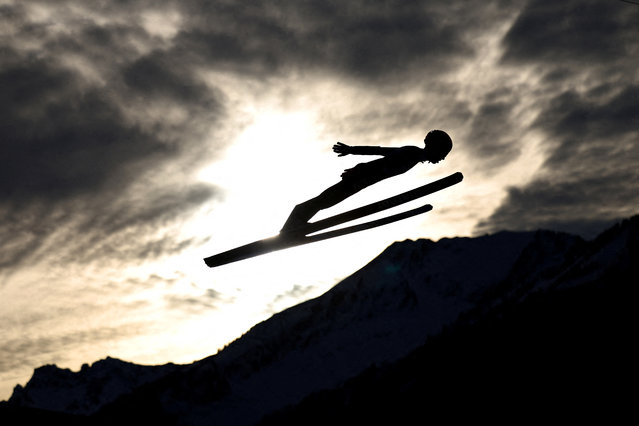 Turkey's Fatih Arda Ipcioglu in action during the men's ski training jump for the Four Hills Tournament in Oberstdorf, Germany on December 28, 2022. (Photo by Lisi Niesner/Reuters) 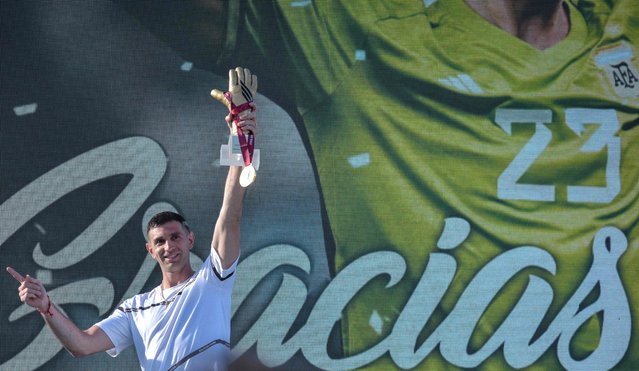 The goalkeeper of the Argentine soccer team Emiliano Martinez, holds gold medal and gold glove trophy awarded by FIFA during a tribute to him, in Mar del Plata, Argentina, on December 22, 2022, upon his return to his hometown after winning the Qatar 2022 World Cup tournament. (Photo by Mara Sosti/AFP Photo) 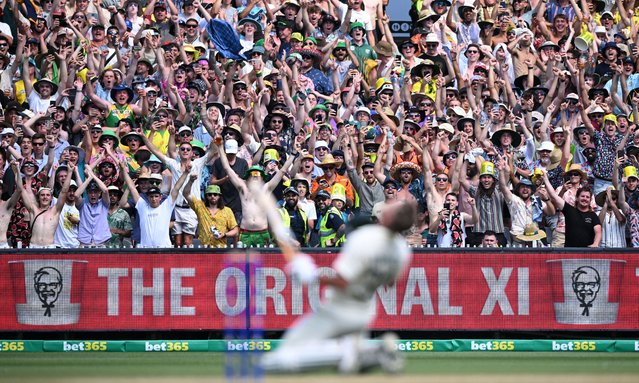 Spectators show support after David Warner of Australia reacts after made a double century during Day 2 of the Second Test match between Australia and South Africa at the Melbourne Cricket Ground (MCG) in Melbourne, Victoria, Australia, 27 December 2022. (Photo by James Ross/EPA/EFE/Rex Features/Shutterstock) 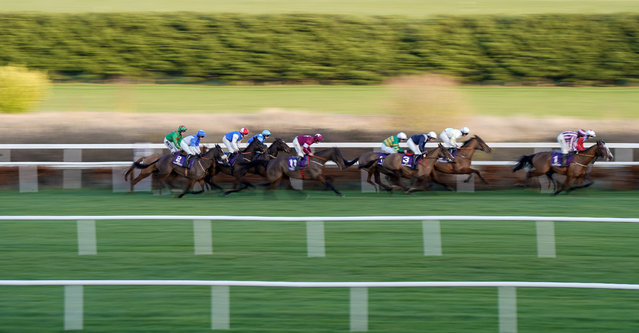 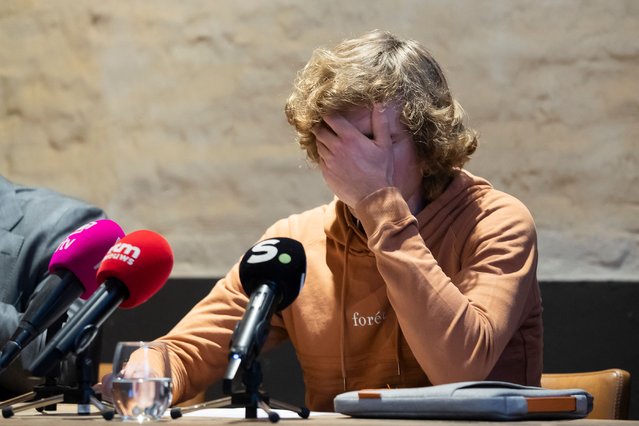 Belgian cyclocross cycling rider Toon Aerts is emotional as he holds a press conference on a 2 year ban from the UCI after an anti-doping violation in the beginning of the year, Thursday 29 December 2022 in Merksplas. At an out-of-competition test on 19 January, Letrozole Metabolite was detected in a sample, Aerts confirmed he will appeal the sentence from the Union Cycliste Internationale (UCI). (Photo by Kristof Van Accom/Belga Mag via AFP Photo)
Edit Del
02 Jan 2023 06:20:00, post received 0 comments
Publication archive:
←   →
Popular tags:
All tags
Last searches: