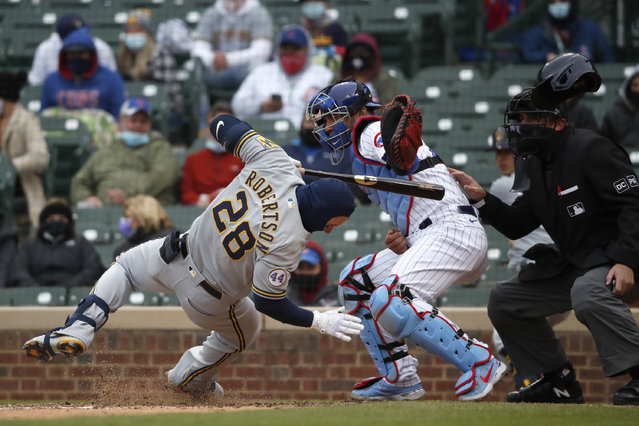 Milwaukee Brewers' Daniel Robertson (28) is hit on the head by a pitch as Chicago Cubs catcher Willson Contreras reaches for the ball during the ninth inning of a baseball game in Chicago, on Sunday, April 25, 2021. (Photo by Jeff Haynes/AP Photo) 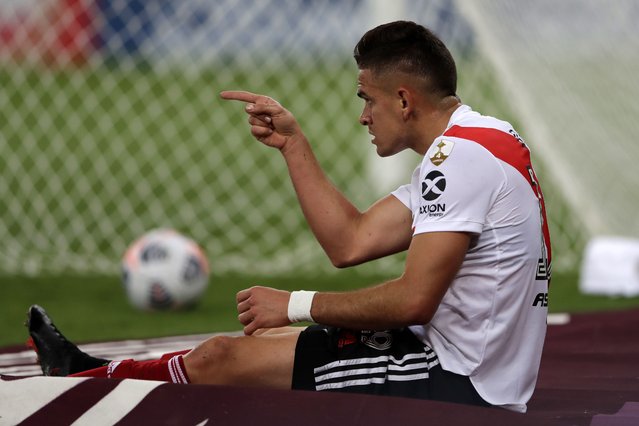 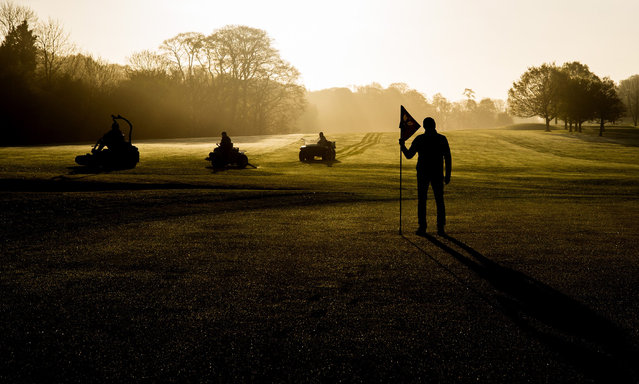 Course manager Mark Murphy and his team of greenkeepers prepare the Tullamore Golf Club in County Offaly, Ireland for its re-opening to the public on April 26, 2021. (Photo by James Crombie/INPHO/Rex Features/Shutterstock) 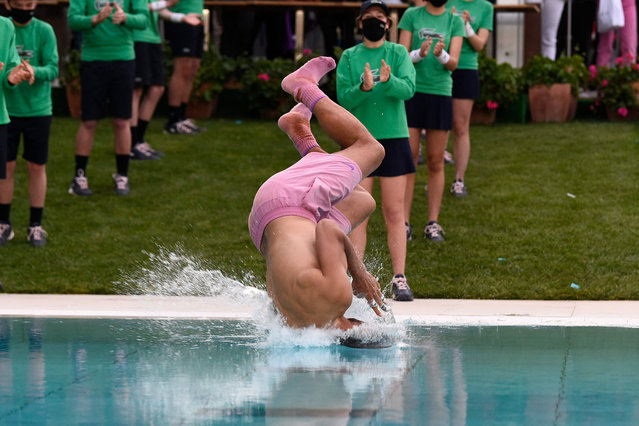 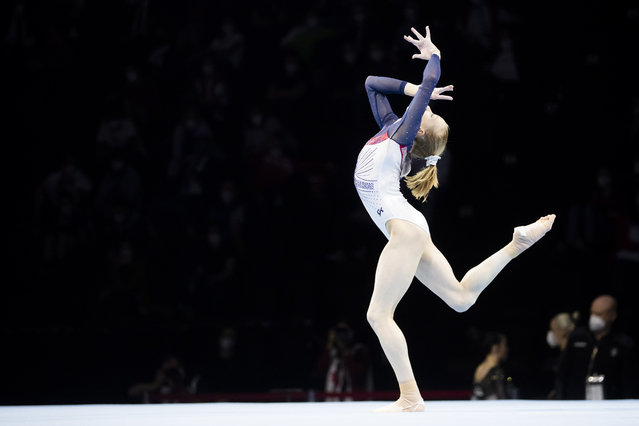 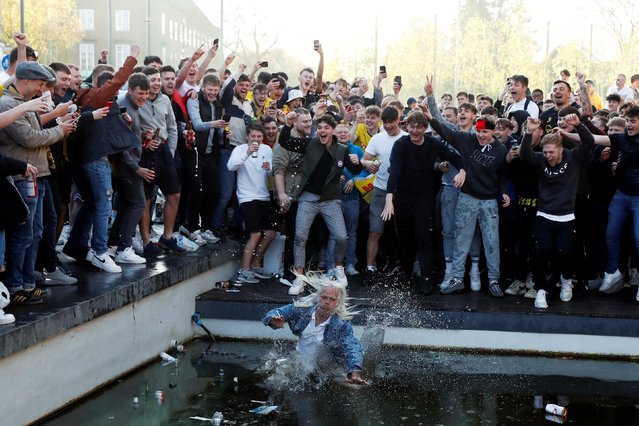 A man falls into water as Watford fans celebrate promotion to the Premier League in Watford, Britain on April 24, 2021. (Photo by Matthew Childs/Action Images via Reuters) 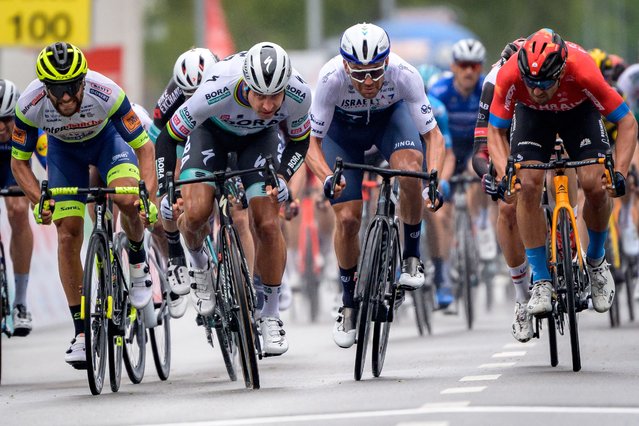 Peter Sagan of Slovakia (2ndL) sprints to win ahead of second-placed Sonny Colbrelli of Italy (FarR) and third-placed Patrick Bevin of New Zealand (2ndR) at the arrival of the stage 2, 168.1 km from Aigle to Martigny during the Tour de Romandie UCI World Tour 2021 cycling race in Martigny on April 28, 2021. (Photo by Fabrice Coffrini/AFP Photo) 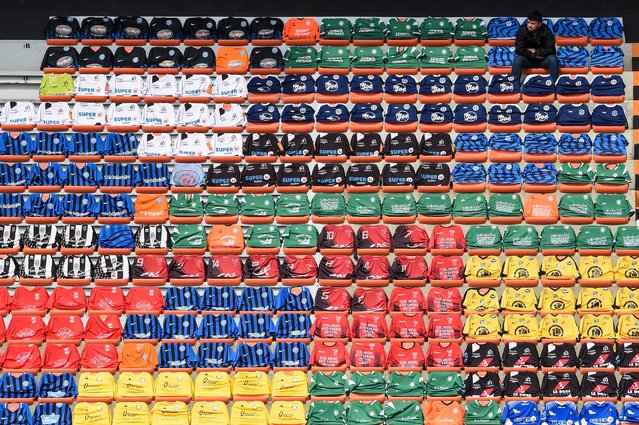 A man sits in an empty stand of the Moustoir stadium where seats are covered with amateur football club jerseys during the French L1 football match between Lorient and Bordeaux in Lorient on April 25, 2021. (Photo by Sebastien Salom-Gomis/AFP Photo) 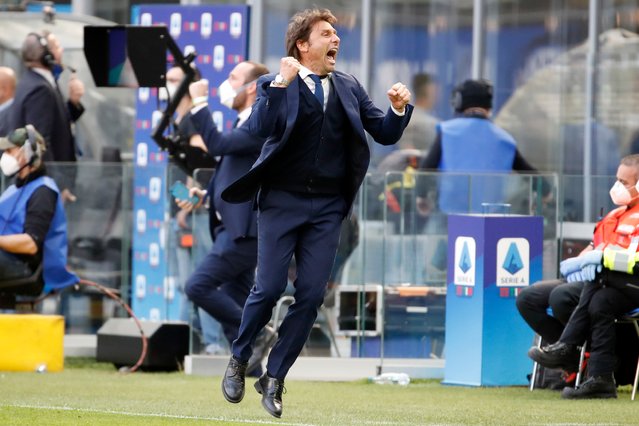 Inter Milan's head coach Antonio Conte celebrates his side's 1-0 win at the end of the Serie A soccer match between Inter Milan and Hellas Verona, at the San Siro stadium in Milan, Italy, Sunday, April 25, 2021. (Photo by Antonio Calanni/AP Photo) Tournament officials use golf carts to coax an alligator off of the 17th fairway and back into the water during the third round of the PGA Zurich Classic golf tournament at TPC Louisiana in Avondale, La., Saturday, April 24, 2021. (Photo by Gerald Herbert/AP Photo) 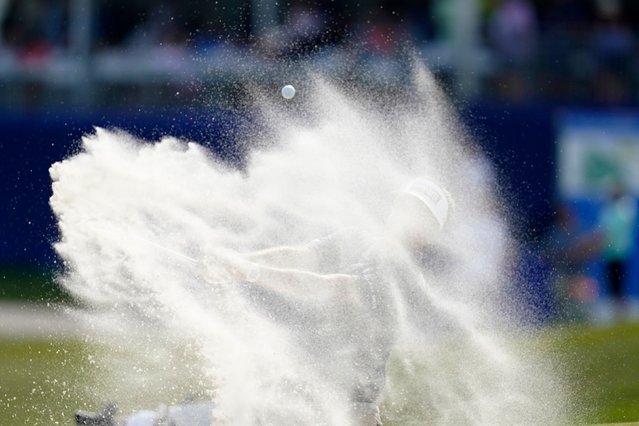 Bubba Watson hist out of the sand onto the 18th green during the third round of the PGA Zurich Classic golf tournament at TPC Louisiana in Avondale, La., Saturday, April 24, 2021. (Photo by Gerald Herbert/AP Photo) 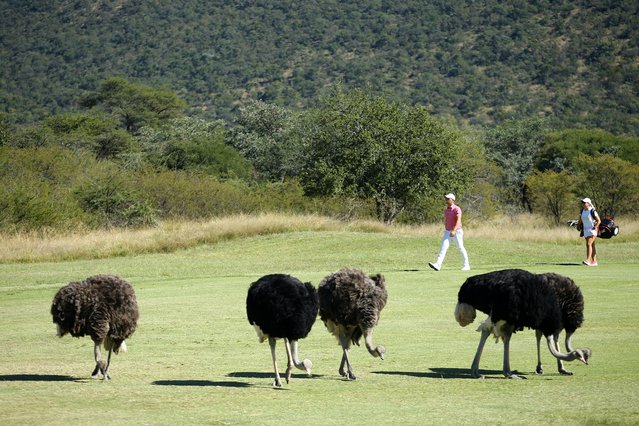 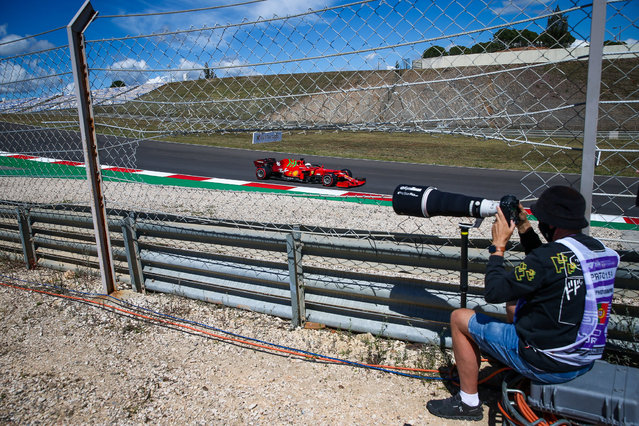