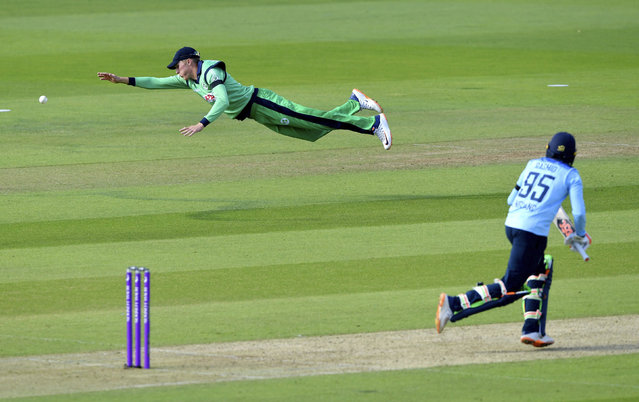 Ireland's Harry Tector, left, dives to make a catch but misses, during the third One Day International, ODI, cricket match between England and Ireland, at the Ageas Bowl in Southampton, England, Tuesday August 4, 2020. (Photo by Mike Hewitt/Pool via AP Photo) 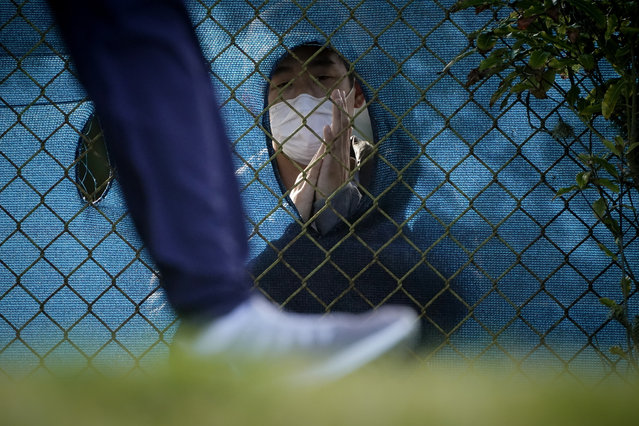 A fan wearing a face mask claps through a hole in the fence as a golfer leaves the 12h tee during the second round of the PGA Championship golf tournament at TPC Harding Park Friday, August 7, 2020, in San Francisco. (Photo by Charlie Riedel/AP Photo) 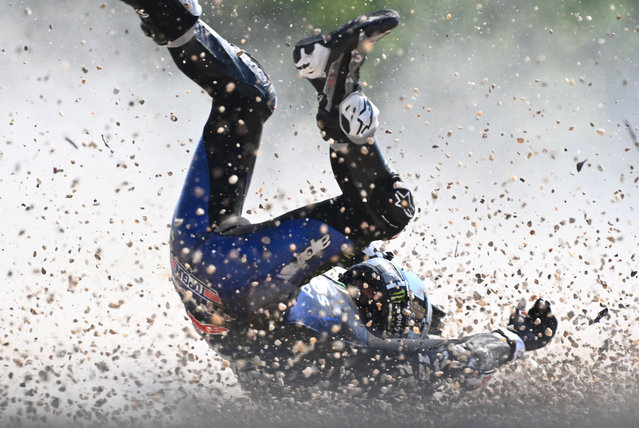 Monster Energy Yamaha's Spanish rider Maverick Vinales rolls on the ground after he crashed during the first training session ahead of the Moto GP Czech Grand Prix at Masaryk's circuit in Brno on August 7, 2020. (Photo by Joe Klamar/AFP Photo) 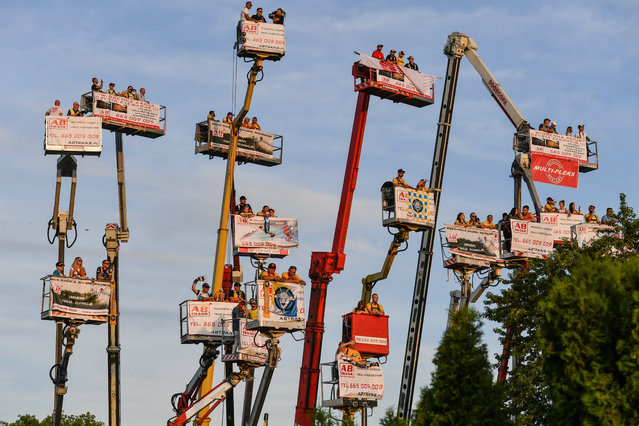 Fans of the Motor Lublin speedway team on rented lifters observe their team's competition with Betard Sparta Wroclaw in Lublin, Poland, 02 August 2020. Due to the coronavirus pandemic, speedway matches are played with limited number of spectators. Motor Lublin fans rented lifter to be able to watch the match. (Photo by Wojtek Jargiło/EPA/EFE) 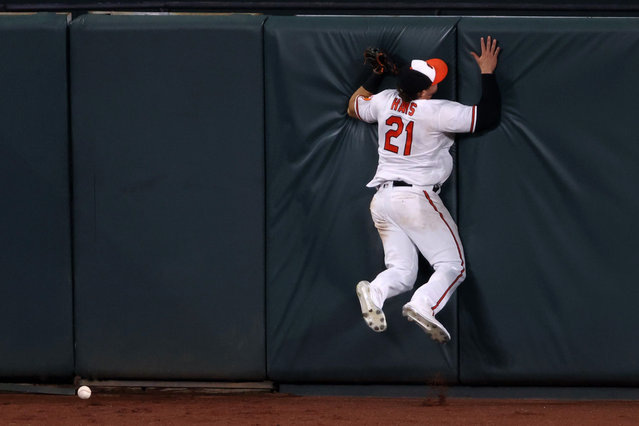 Centerfielder Austin Hays #21 of the Baltimore Orioles miss plays an RBI triple hit by Brian Anderson #15 of the Miami Marlins (not pictured) in the seventh inning at Oriole Park at Camden Yards on August 06, 2020 in Baltimore, Maryland. (Photo by Rob Carr/Getty Images) 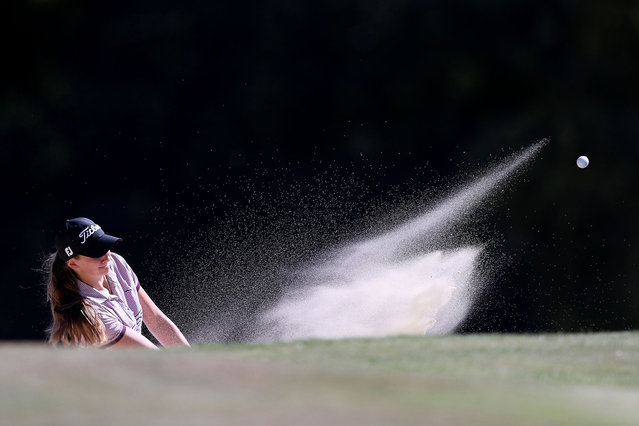 Emily Price plays her second shot out of the 1st green side bunker during day one of The Rose Ladies Series Grand Final at North Hants Golf Club on August 05, 2020 in Fleet, England. (Photo by Naomi Baker/Getty Images) 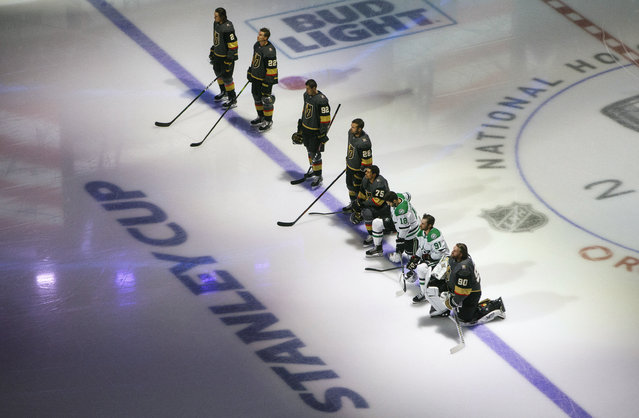 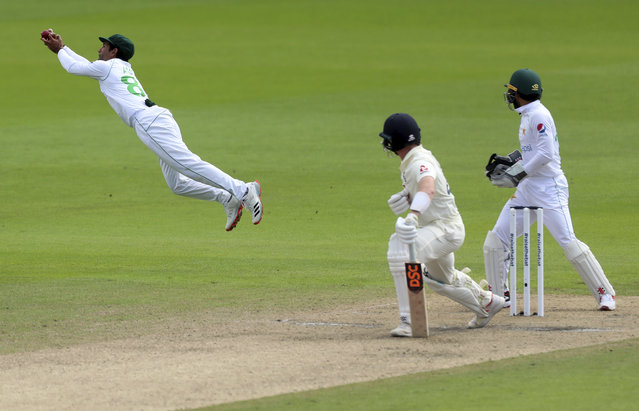 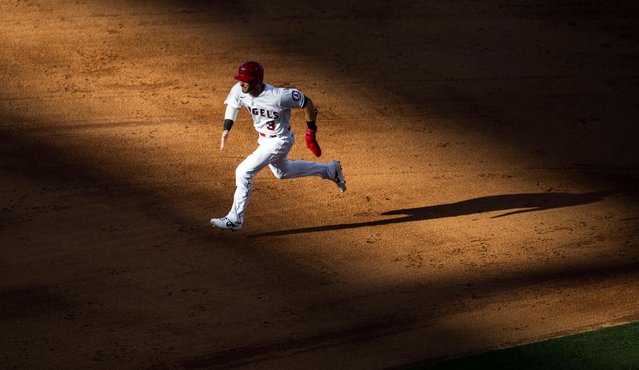 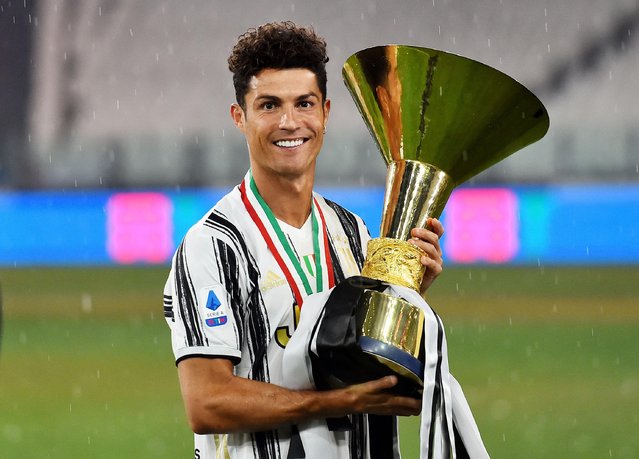 Juventus' Cristiano Ronaldo celebrates with the trophy after winning the Serie A at Allianz Stadium, Turin, Italy, August 1, 2020. (Photo by Massimo Pinca/Reuters) 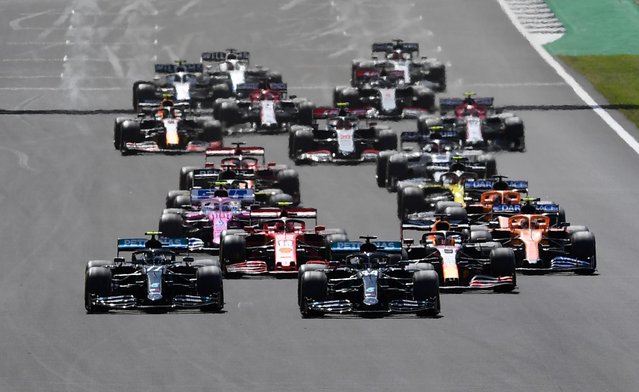 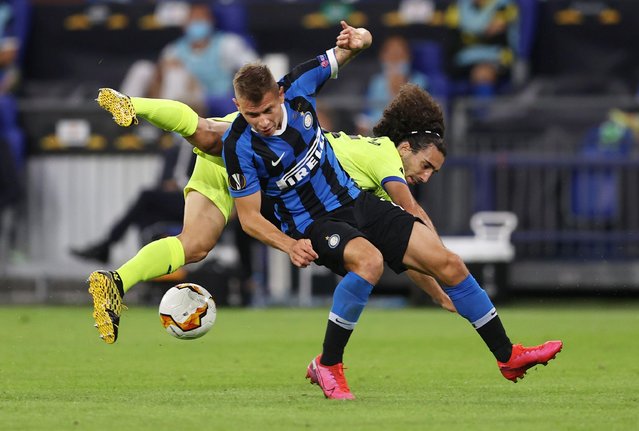 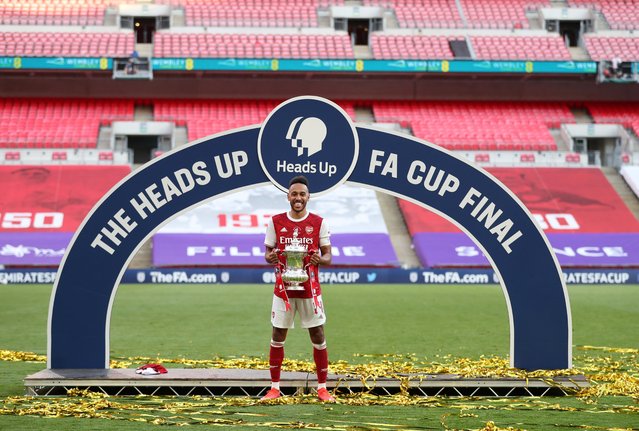 Arsenal's Pierre-Emerick Aubameyang celebrates with the trophy after winning the FA Cup against Chelsea at Wembley Stadium, London, Britain, August 1, 2020. (Photo by Catherine Ivill/Pool via Reuters) 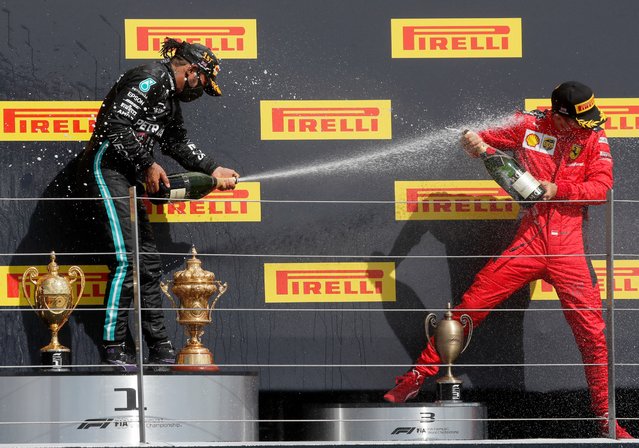 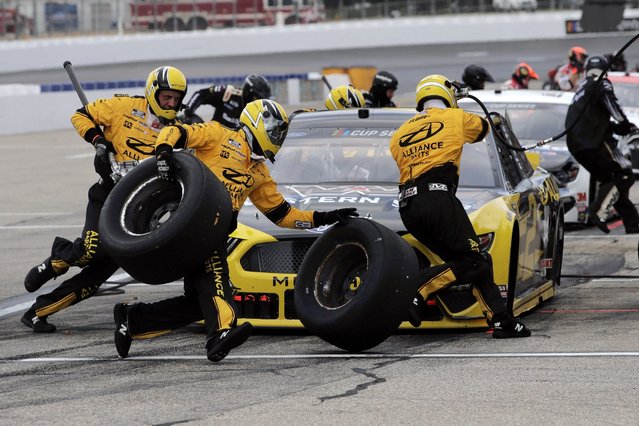 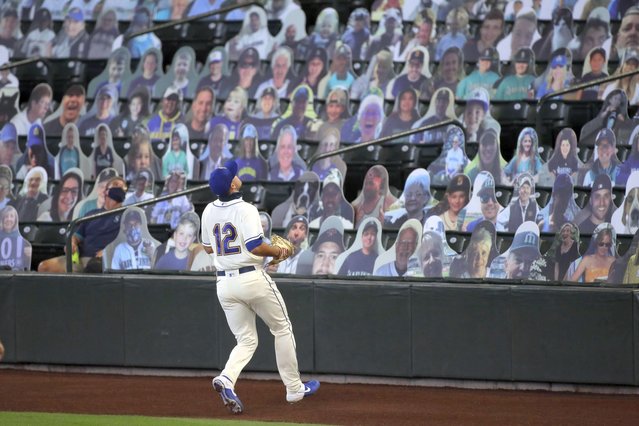 Seattle Mariners first baseman Evan White tracks a foul ball next to cutout photos of fans in the stands during a baseball game against the Oakland Athletics, Sunday, August 2, 2020, in Seattle. The Athletics won 3-2. (Photo by Ted S. Warren/AP Photo) 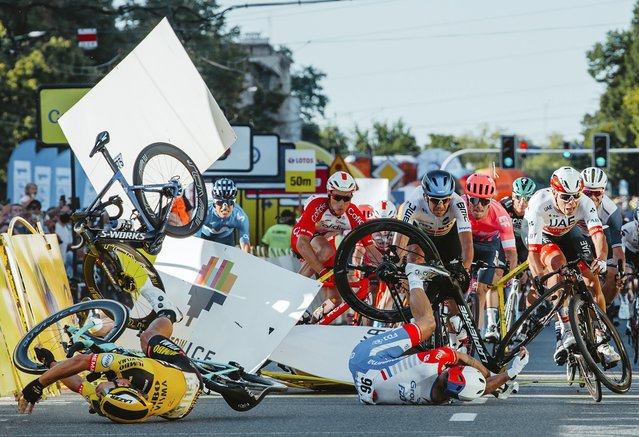 Dutch cyclist Fabio Jakobsen's bicycle (behind, L) flies through the air as he collides with compatriot Dylan Groenewegen (on the ground, L) during the opening stage of the Tour of Poland race in Katowice, southern Poland on August 5, 2020. The Dutch rider was fighting for his life on Wednesday after he was thrown into and over a barrier at 80km/h in a sickening conclusion to the opening stage of the Tour of Poland. (Photo by Szymon Gruchalski/Forum/AFP Photo)
Edit Del
10 Aug 2020 00:03:00, post received 0 comments
Publication archive:
←   →
Popular tags:
All tags
Last searches: