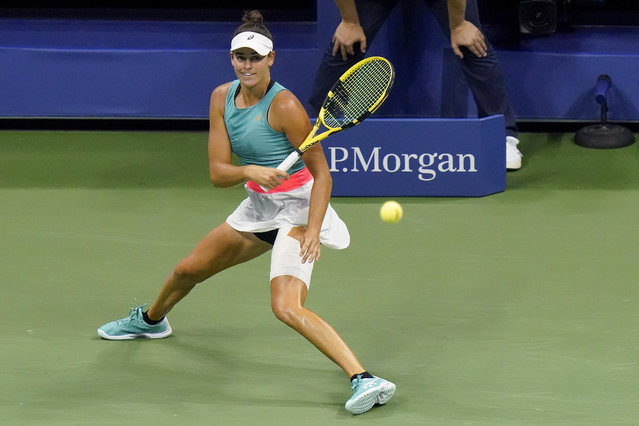 Jennifer Brady, of the United States, returns a shot to Naomi Osaka, of Japan, during a semifinal match of the US Open tennis championships, Thursday, September 10, 2020, in New York. (Photo by Frank Franklin II/AP Photo) 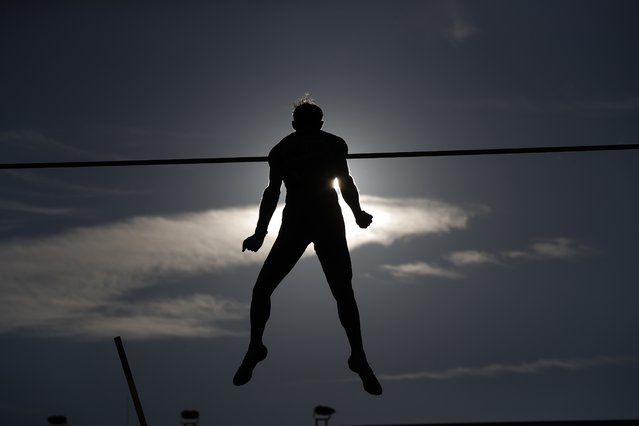 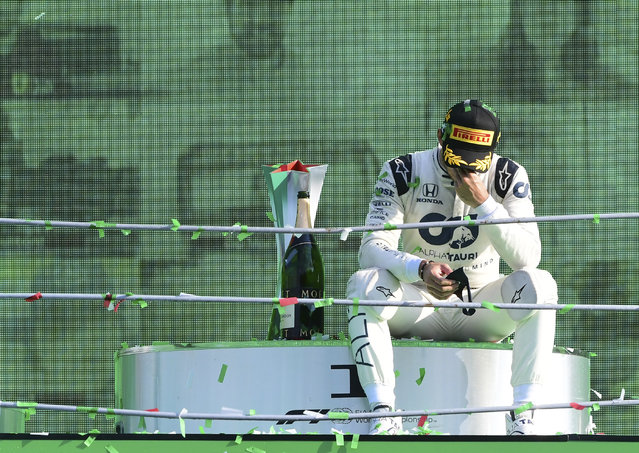 AlfaTauri driver Pierre Gasly of France reacts on the podium after winning the Formula One Grand Prix at the Monza racetrack in Monza, Italy, Sunday, September 6 , 2020. (Photo by Jennifer Lorenzini/Pool via AP Photo) 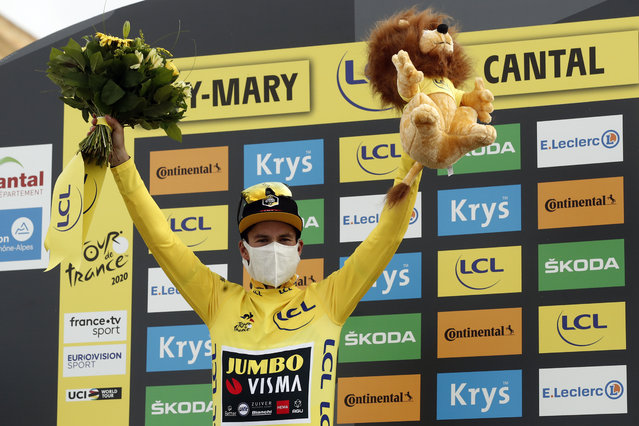 Slovenia's Primoz Roglic wearing the overall leader's yellow jersey celebrates in the podium after the stage 13 of the Tour de France cycling race over 191 kilometers from Chatel-Guyon to Puy Mary, Friday, September 11, 2020. (Photo by Benoit Tessier/Pool via AP Photo) 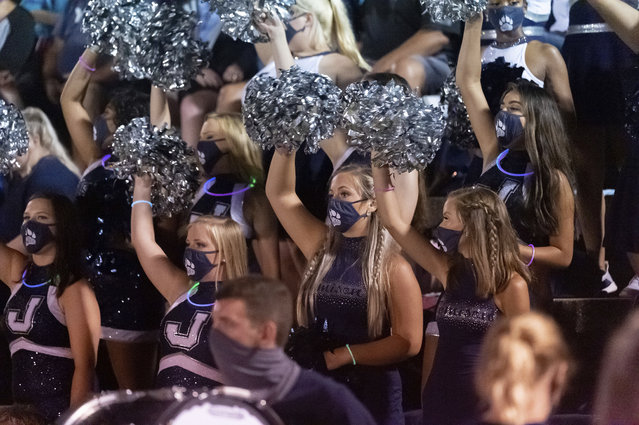 In this August 20, 2020, file photo, the Jemison band's flag girls wear masks as they cheer on their team at an Alabama high school football game between Jemison and Thorsby in Thorsby, Ala. A football-starved nation is getting its games back with the start of the NFL season, but many worry that attending games or get-togethers will lead to a new surge in coronavirus infections. Many high schools have started football but states like California and Illinois canceled the entire season. (Photo by Vasha Hunt/AP Photo/File) 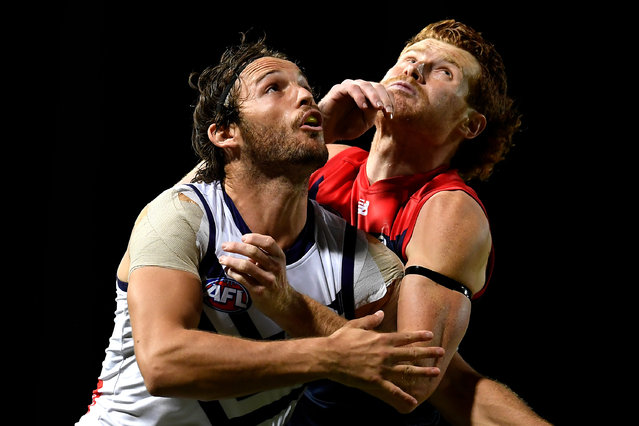 James Aish of the Dockers and Oskar Baker of the Demons compete for the ball during the round 16 AFL match between the Melbourne Demons and the Fremantle Dockers at Cazaly's Stadium on September 07, 2020 in Cairns, Australia. (Photo by Albert Perez/Getty Images) 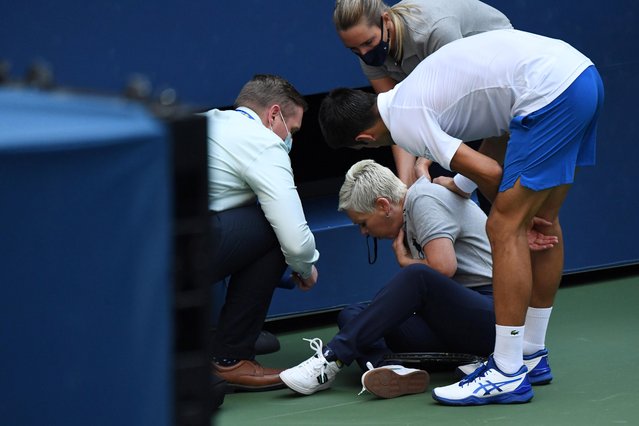 Novak Djokovic, of Serbia, checks a linesman after hitting her with a ball in reaction to losing a point to Pablo Carreno Busta, of Spain, during the fourth round of the US Open tennis championships, Sunday, Sept. 6, 2020, in New York. Djokovic defaulted the match. (Photo by Danielle Parhizkaran/USA TODAY Sports) 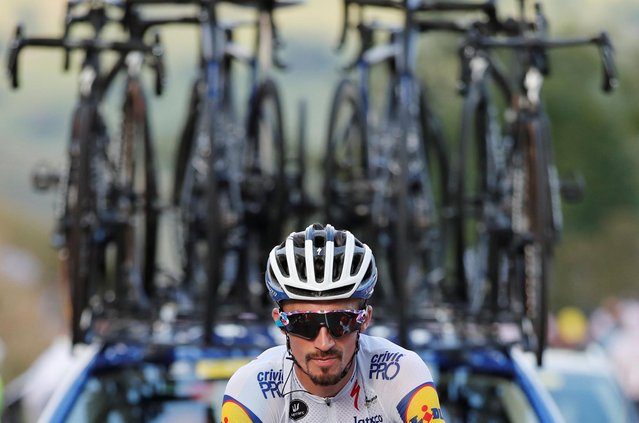 Deceuninck-Quick Step rider Julian Alaphilippe of France in action during stage 8 of the Tour de France on September 5, 2020. (Photo by Benoit Tessier/Reuters) 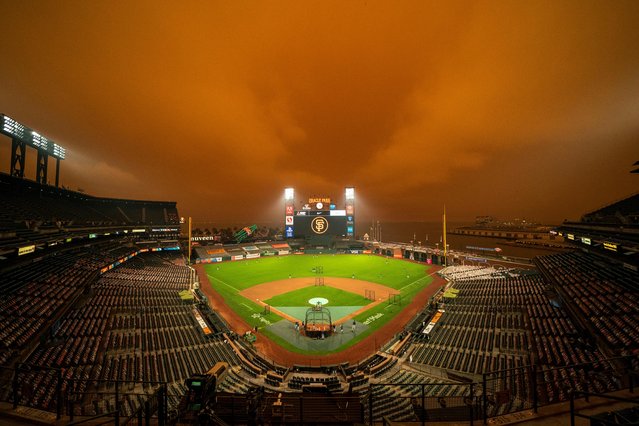 A view of the sky above Oracle Park before the game between the San Francisco Giants and the Seattle Mariners in San Francisco on September 9, 2020. (Photo by Kyle Terada/USA TODAY Sports) 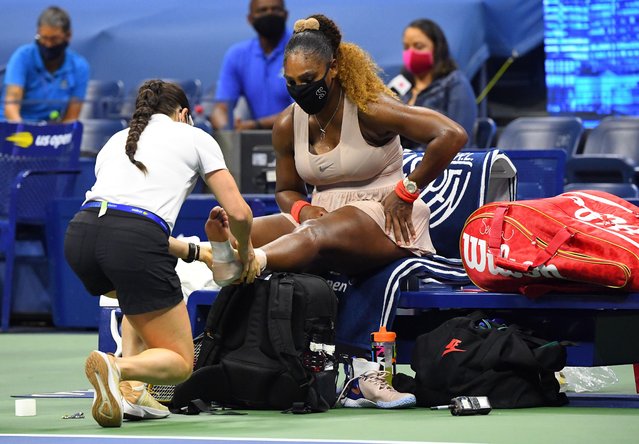 Serena Williams, of the United States, has her ankle taped by a trainer during a medical timeout during a semifinal match of the US Open tennis championships against Victoria Azarenka, of Belarus, Thursday, Sept. 10, 2020, in New York. (Photo by Robert Deutsch/USA TODAY Sports) 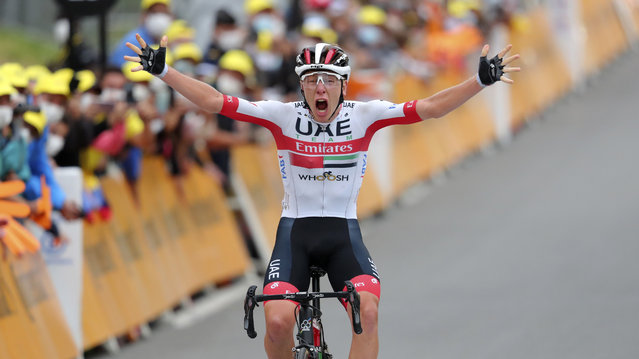 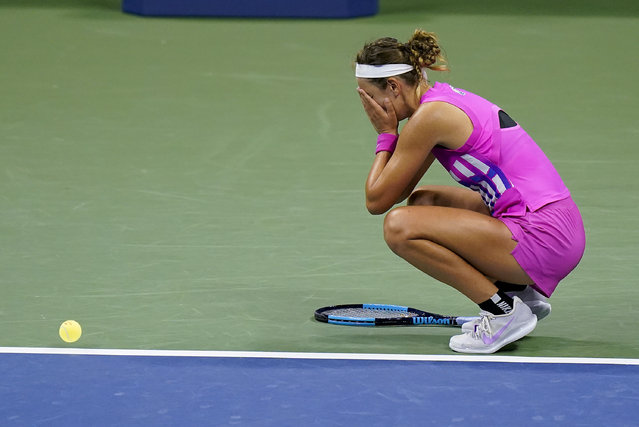 Victoria Azarenka, of Belarus, reacts after defeating Serena Williams, of the United States, during a semifinal match of the US Open tennis championships, Thursday, September 10, 2020, in New York. (Photo by Seth Wenig/AP Photo) 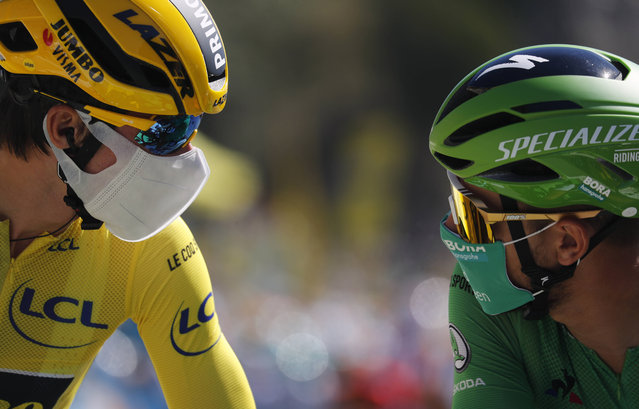 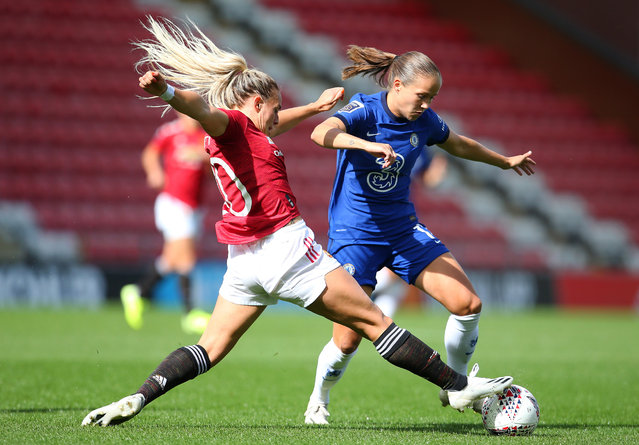 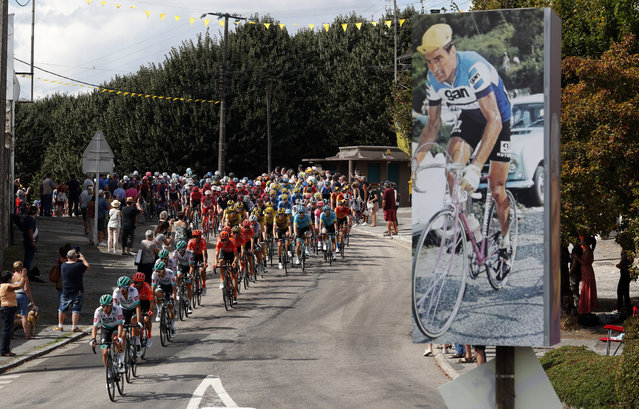 The pack rides past a picture of late French cyclist ace Raymond Poulidor in Saint-Leonard-de-Noblat during the stage 12 of the Tour de France cycling race over 218 kilometers from Chauvigny to Sarran, Thursday, September 10, 2020. (Photo by Thibault Camus/AP Photo) 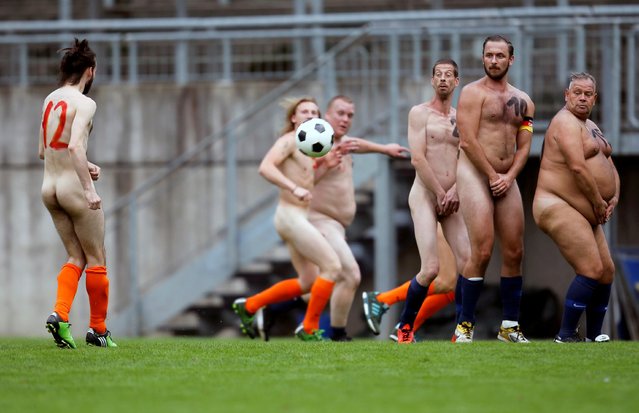