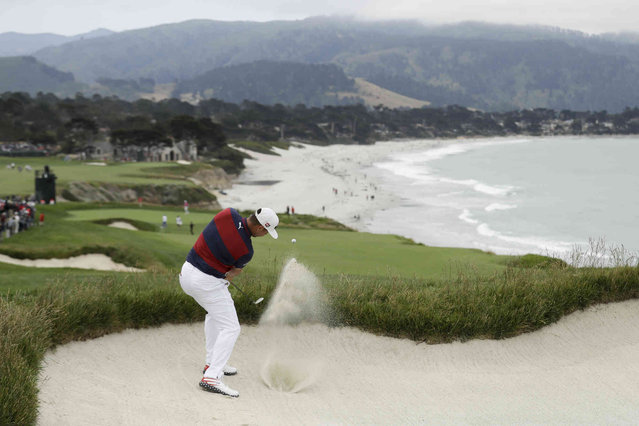 Gary Woodland hits out of the bunker on the ninth hole during the first round of the U.S. Open Championship golf tournament Thursday, June 13, 2019, in Pebble Beach, Calif. (Photo by Marcio Jose Sanchez/AP Photo) 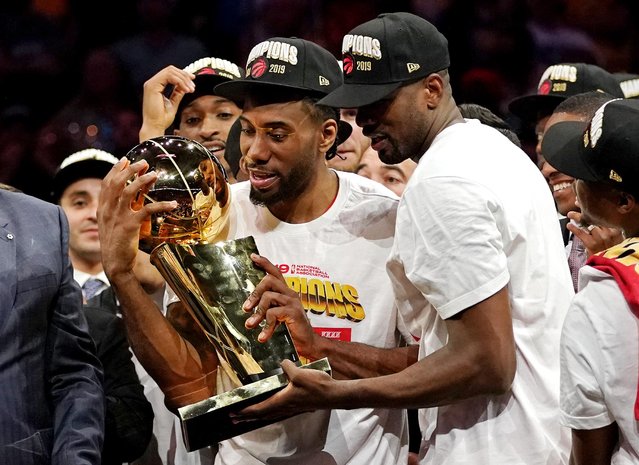 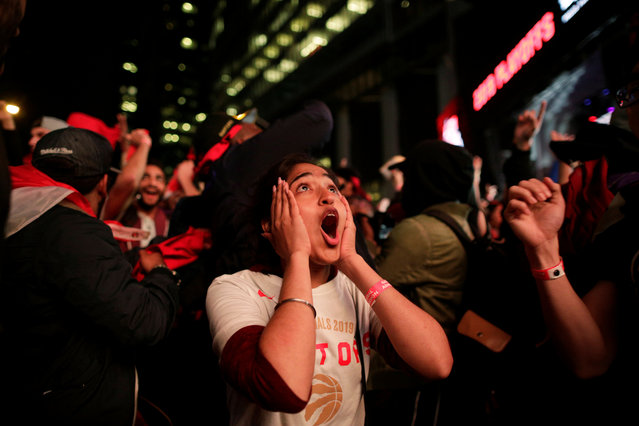 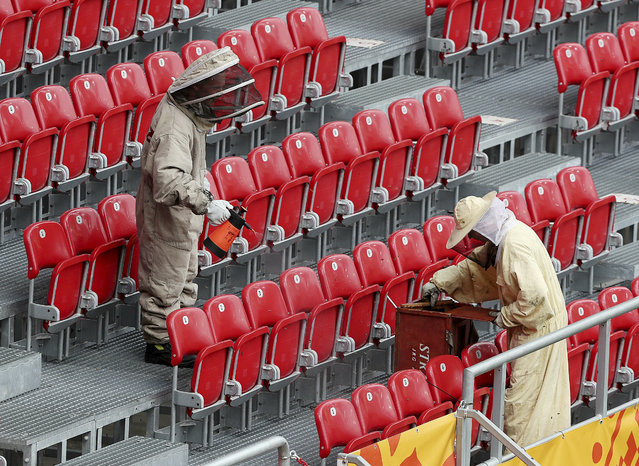 Firefighters in protective dress are removing a swarm of bees that settled at a stadium in Lodz, Poland, Friday, June 7, 2019, just hours before the first quarter-finals match between Ukraine and Colombia of the U-20 football tournament. (Photo by Czarek Sokolowski/AP Photo) 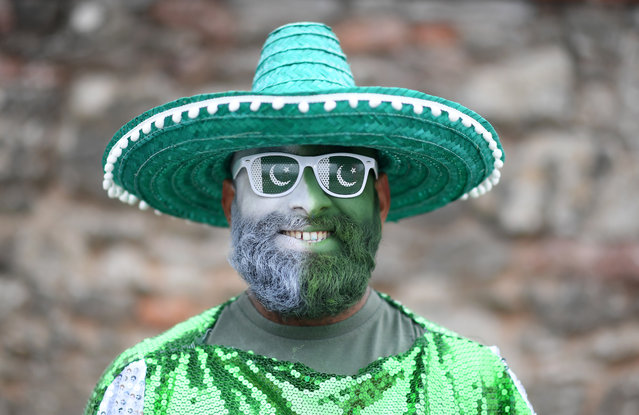 A Pakistan fan poses for a photo during the Group Stage match of the ICC Cricket World Cup 2019 between Australia and Pakistan at The County Ground on June 12, 2019 in Taunton, England. (Photo by Alex Davidson/Getty Images) 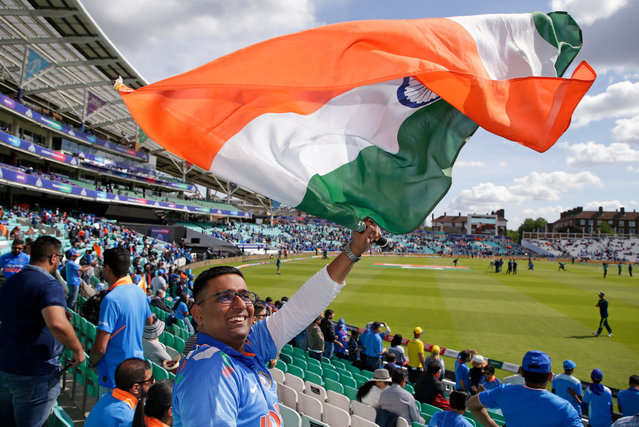 An India fan waves a flag before the Group Stage match of the ICC Cricket World Cup 2019 between India and Australia at The Oval on June 9, 2019 in London, England. (Photo by Henry Browne/Getty Images) 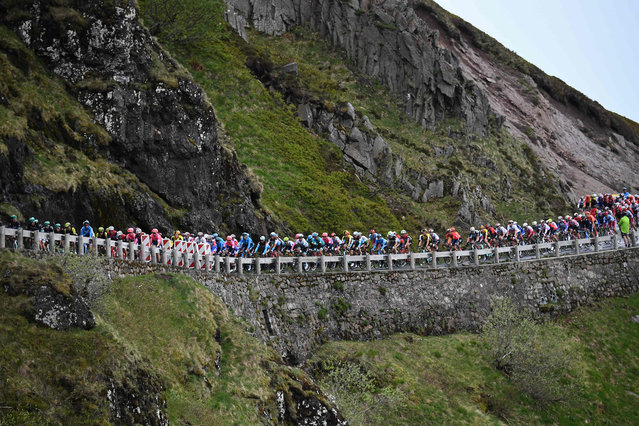 The pack rides during the sixth stage of the 71st edition of the Criterium du Dauphine cycling race, 229 km between Saint-Vulbas Plaine de l'Ain and Saint-Michel-de-Maurienne on June 14, 2019. (Photo by Anne-Christine Poujoulat/AFP Photo) 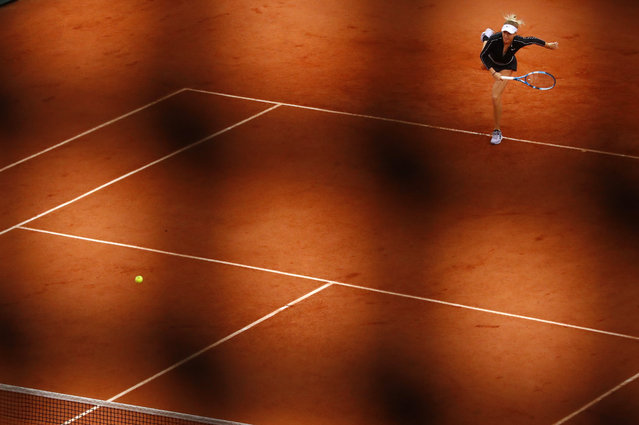 Amanda Anisimova of the U.S. is seen during her semifinal match against Australia's Ashleigh Barty in Paris, France on June 7, 2019. (Photo by Kai Pfaffenbach/Reuters) 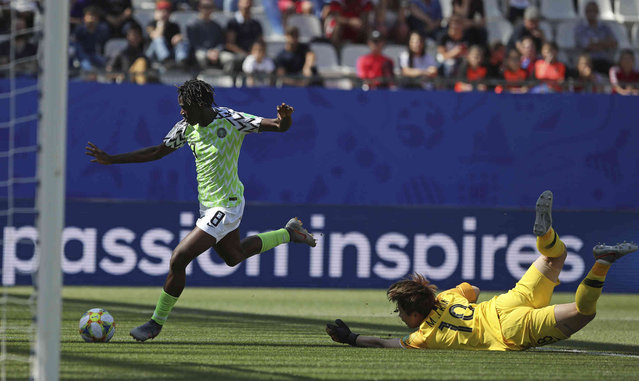 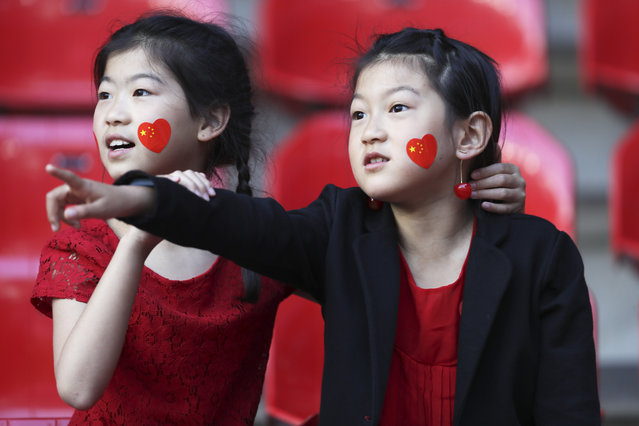 Chinese fans wait for the start of the Women's World Cup Group B soccer match between Germany and China, at the Roazhon Park stadium, in Rennes, France, Saturday, June 8, 2019. (Photo by David Vincent/AP Photo) 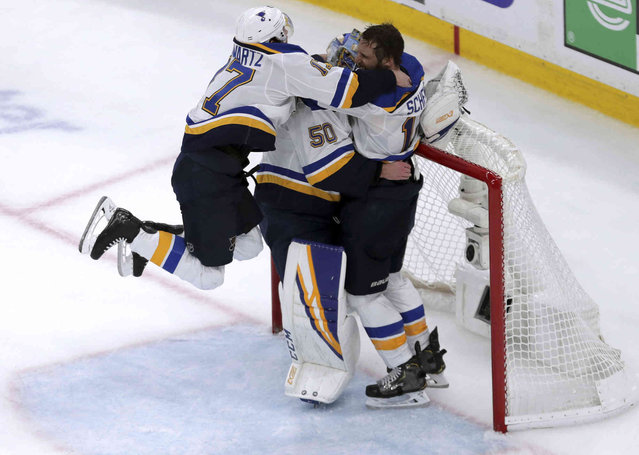 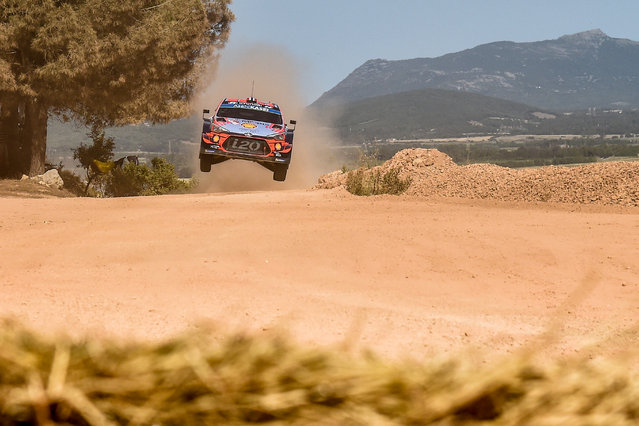 Norwegian driver Andreas Mikkelsen steers his Hyundai Shell Mobis WRT with Norwegian co-driver Anders Jaeger, during the Shakedown stage of the Rally of Sardinia near Olmedo, on June 13, 2019. (Photo by Andreas Solaro/AFP Photo) 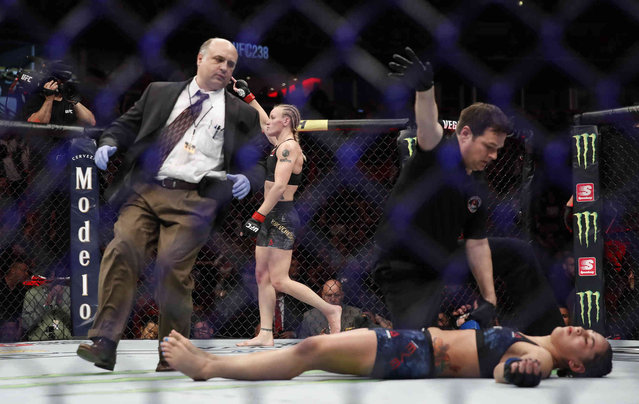 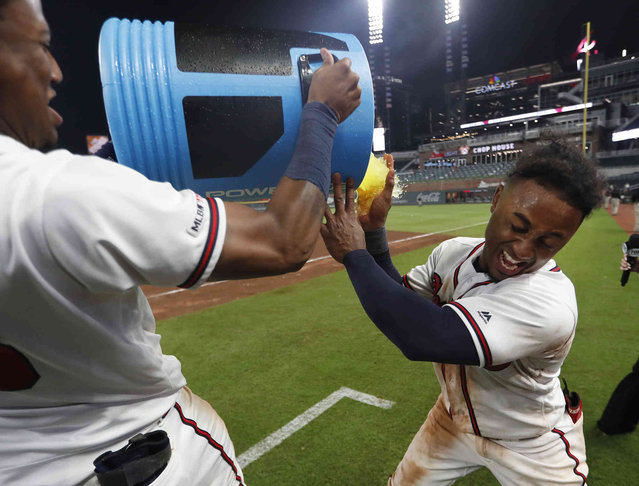 Atlanta Braves' Ozzie Albies, right, is doused by Ronald Acuna Jr., after driving in the winning run with a double in the 11th inning of a baseball game against the Pittsburgh Pirates early Thursday, June 13, 2019, in Atlanta. The Braves won 8-7. (Photo by John Bazemore/AP Photo) 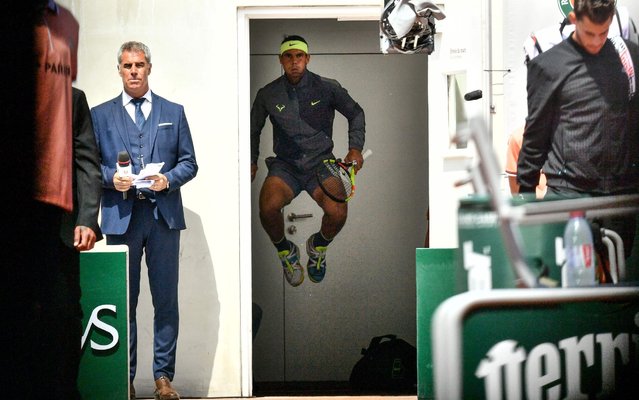 Spain's Rafael Nadal jumps and warms up before entering the tennis court prior to his men's singles final match against Austria's Dominic Thiem on day fifteen of The Roland Garros 2019 French Open tennis tournament in Paris on June 9, 2019. (Photo by Philippe Lopez/AFP Photo) 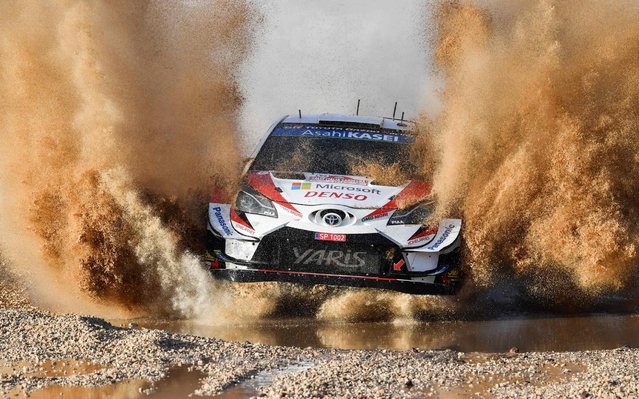