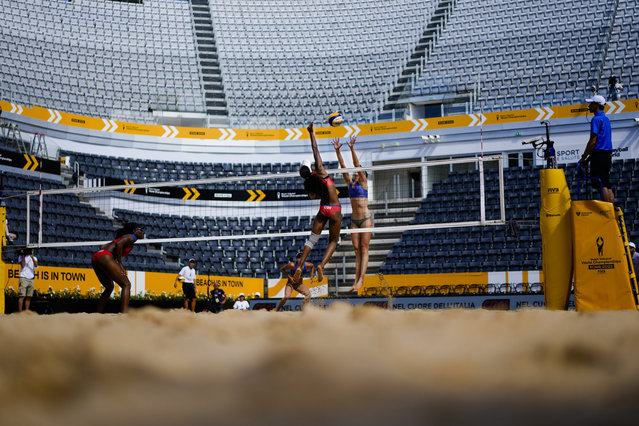 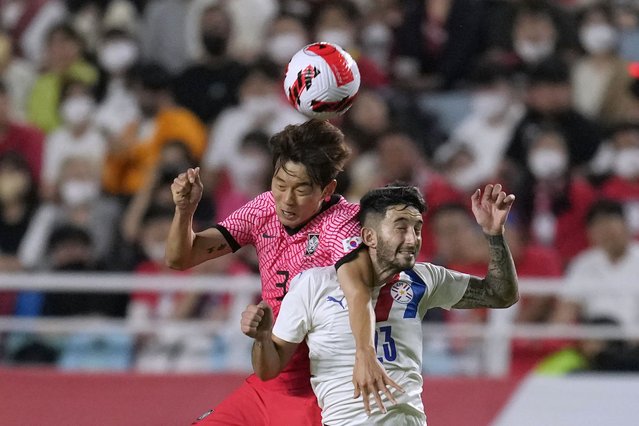 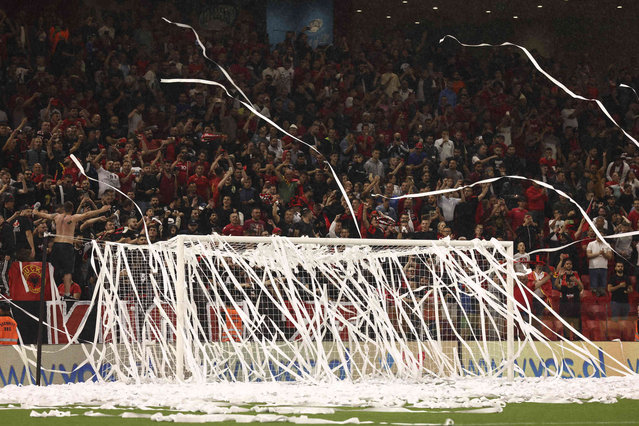 The goal post is covered with papers thrown by Albanian fans prior the start of the UEFA Nations League soccer match between Albania and Israel at Air Albania stadium in Tirana, Albanian, on Friday, June 10, 2022. (Photo by Franc Zhurda/AP Photo) 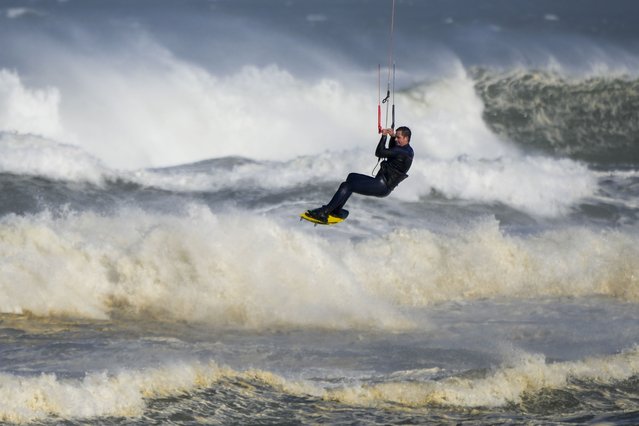 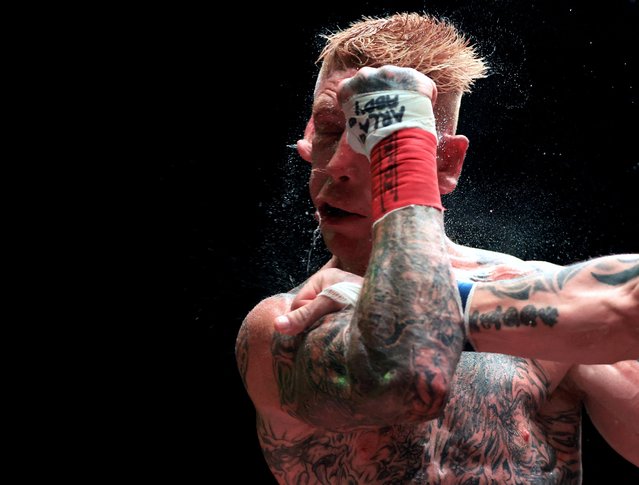 Professional bareknuckle boxers are in action during BKB 26 at Indigo at The O2 Arena in London, Britain on June 11, 2022. (Photo by Lee Smith/Reuters) 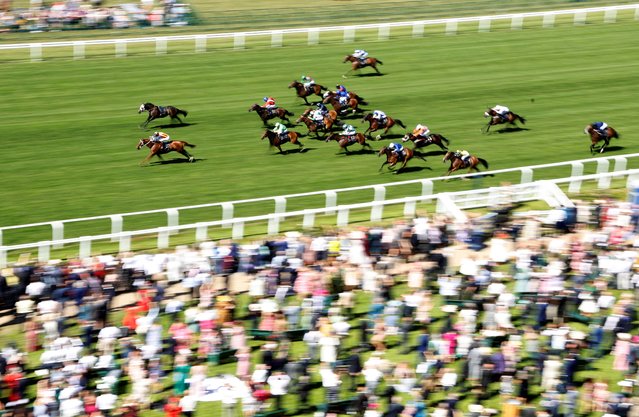 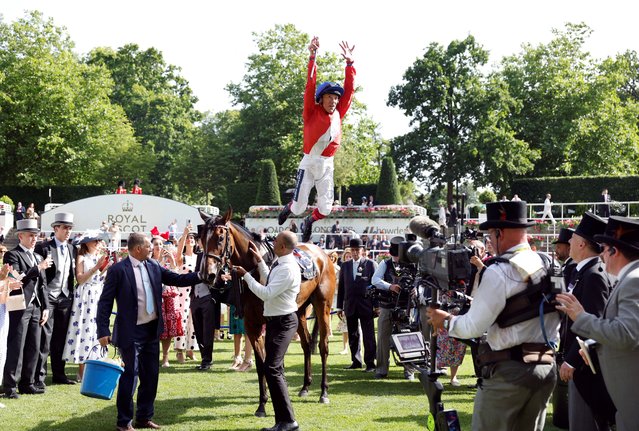 Frankie Dettori on Inspiral celebrates after winning the 16:20 Coronation Stakes at Ascot Racecourse, in Ascot, Britain on June 17, 2022. (Photo by Peter Cziborra/Reuters) 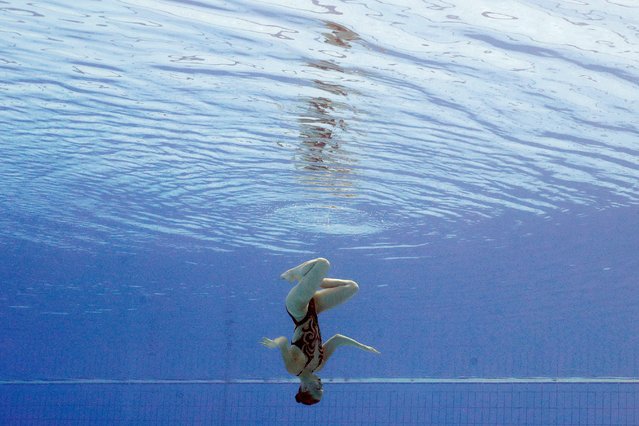 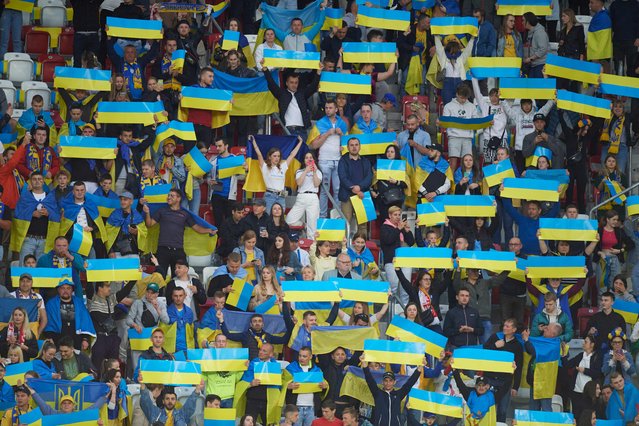 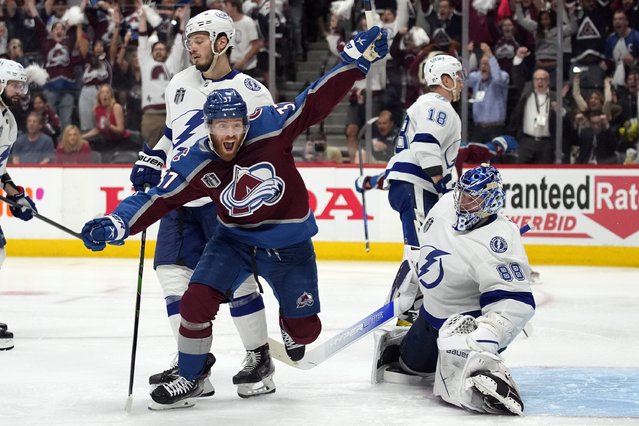 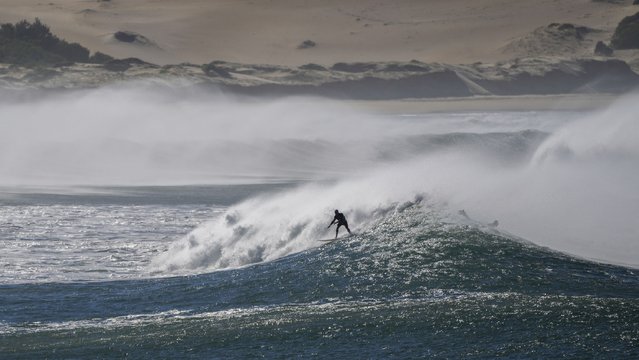 A surfer rides a wave at One Mile Beach at Port Stephens, Australia, Sunday, June 12, 2022. (Photo by Mark Baker/AP Photo) 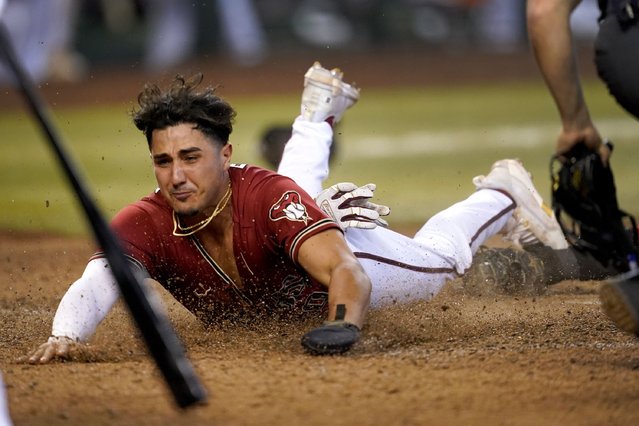 Arizona Diamondbacks' Josh Rojas scores on a base hit by David Peralta during the eighth inning of a baseball game against the Cincinnati Reds, Wednesday, June 15, 2022, in Phoenix. (Photo by Matt York/AP Photo) 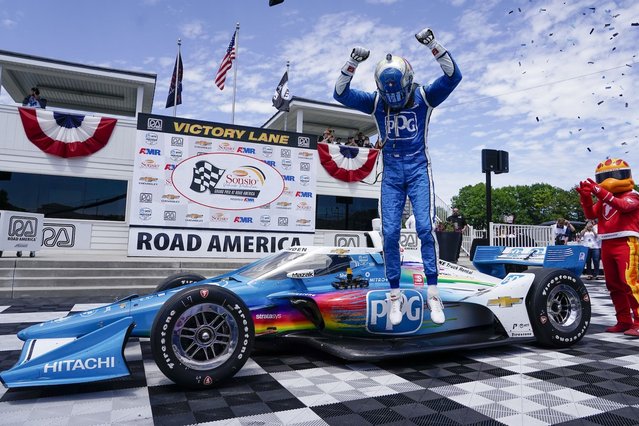 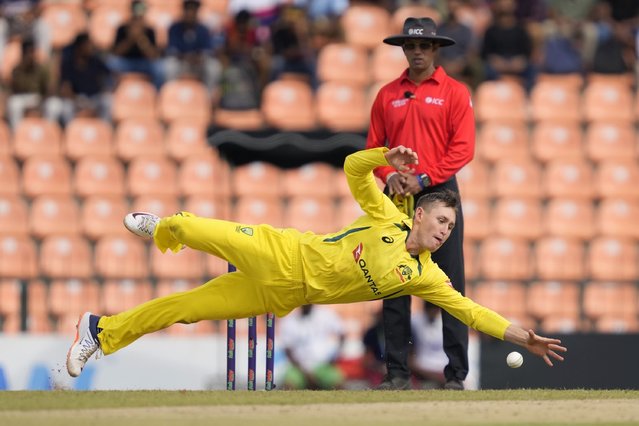 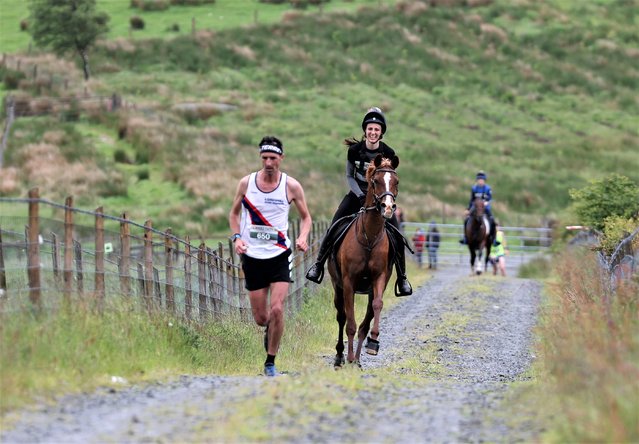 Competitors take part in the Whole Earth Man v Horse race in Llanwrtyd Wells, Wales on June 11, 2022. Running for over 40 years, Man v Horse is an epic 22.5-mile challenge which pits humans against horses across a multi-terrain course. It is being staged for the first time after a two year absence due to the Covid Pandemic. (Photo by Gareth Everett/Huw Evans Agency) 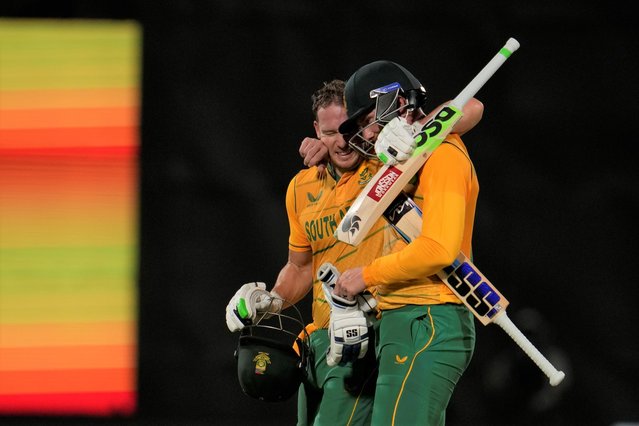 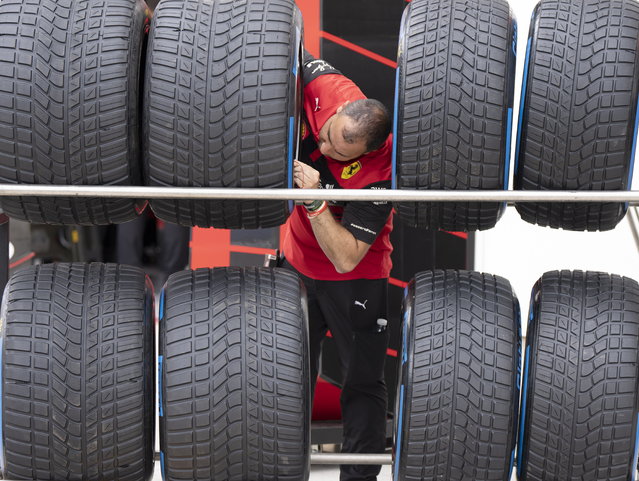 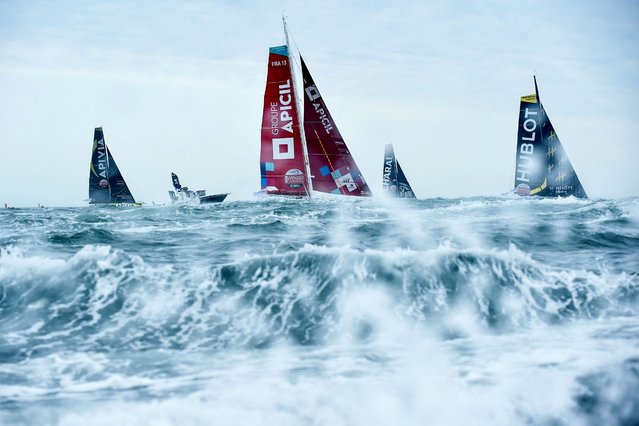 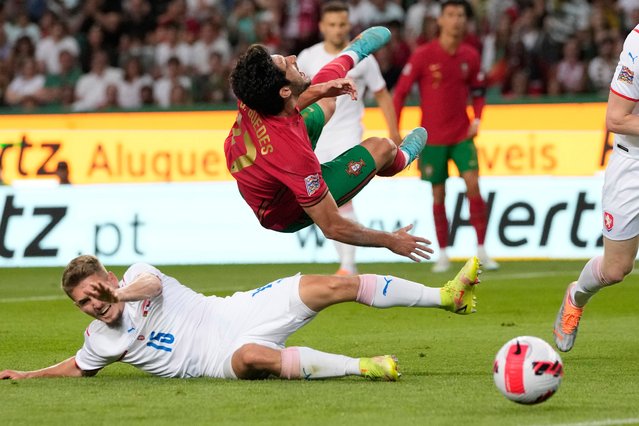 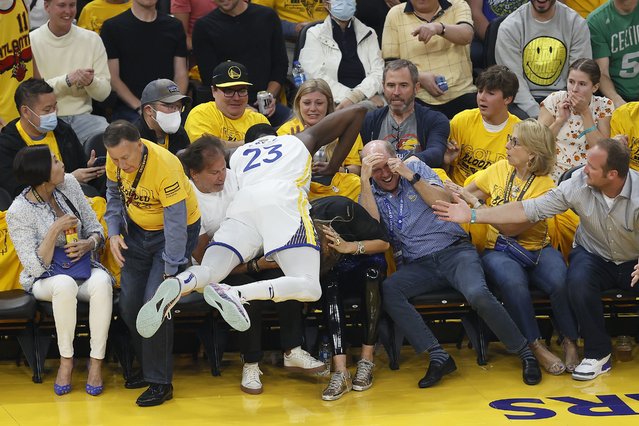 Golden State Warriors forward Draymond Green (23) falls into a row of fans during the first half of Game 5 of basketball's NBA Finals against the Boston Celtics in San Francisco, Monday, June 13, 2022. (Photo by John Hefti/AP Photo) 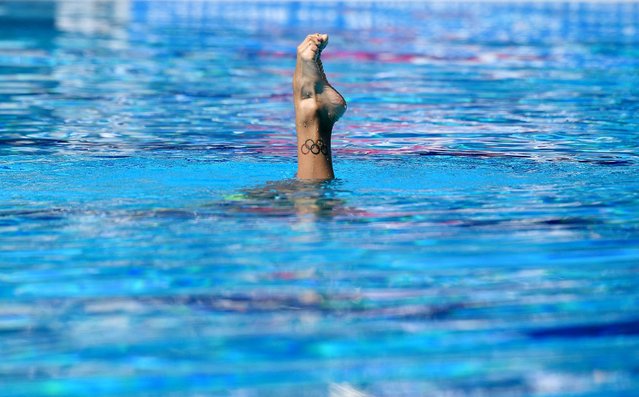