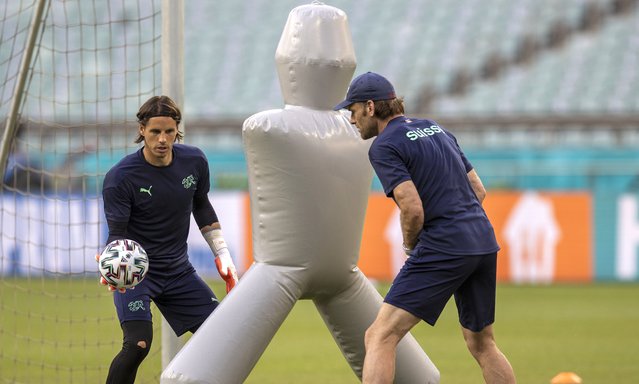 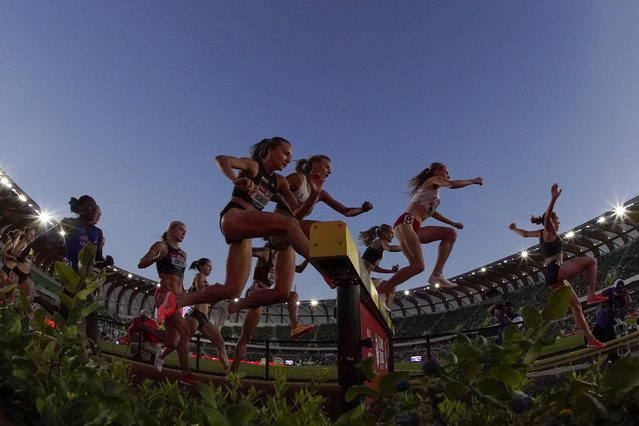 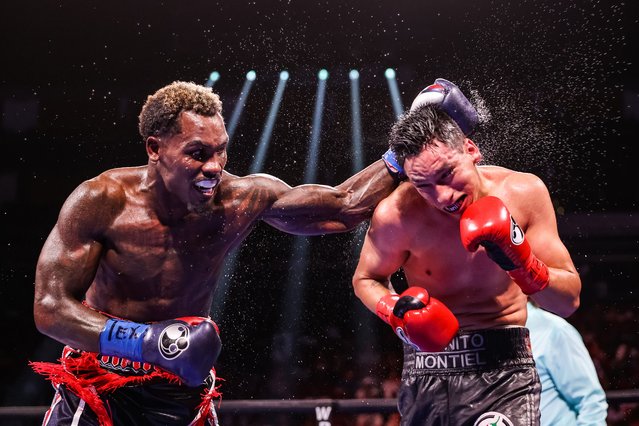 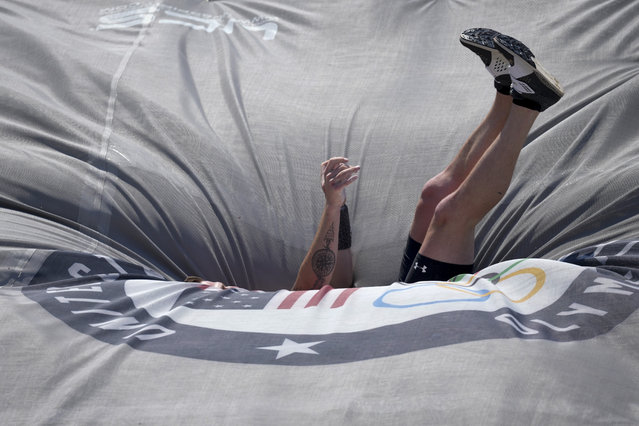 Branson Ellis falls into the landing pit during the finals of the men's pole vault at the U.S. Olympic Track and Field Trials Monday, June 21, 2021, in Eugene, Ore. (Photo by Ashley Landis/AP Photo) 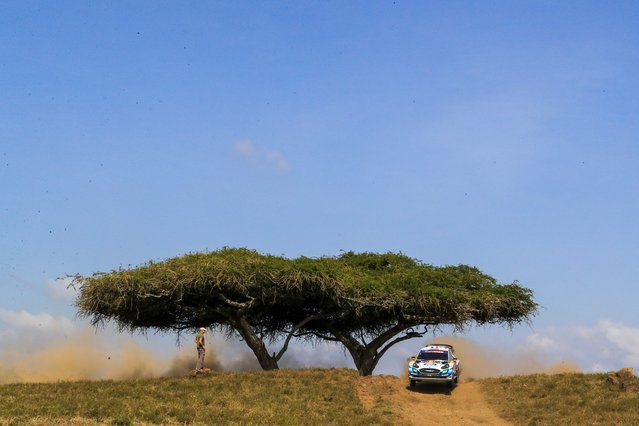 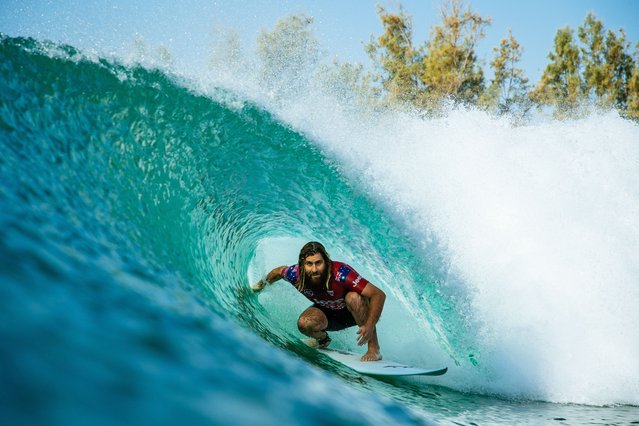 Wade Carmichael of Australia surfing in Heat 5 of the Qualifying Round of the Surf Ranch Pro presented by Adobe on JUNE 19, 2021 in Lemoore, CA, United States. (Photo by Tony Heff/World Surf League via Getty Images) 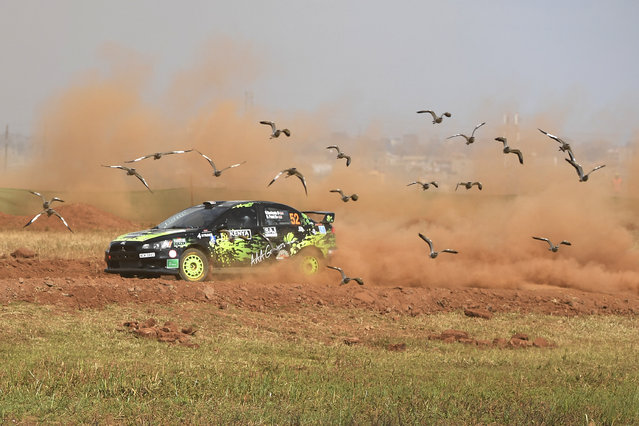 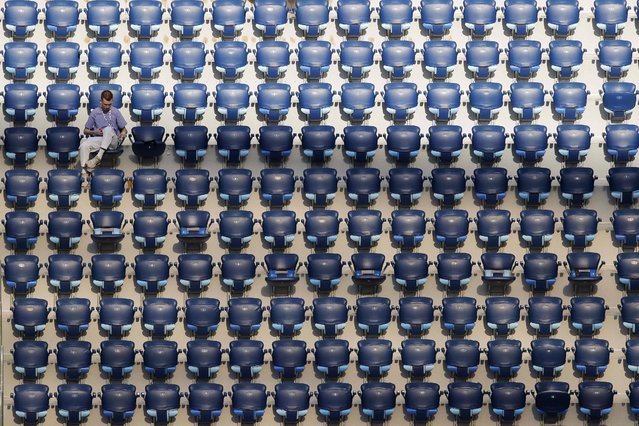 A football fan sits in the stands before the UEFA EURO 2020 Group E football match between Sweden and Poland at Saint Petersburg Stadium in Saint Petersburg on June 23, 2021. (Photo by Maxim Shemetov/Pool via AFP Photo) 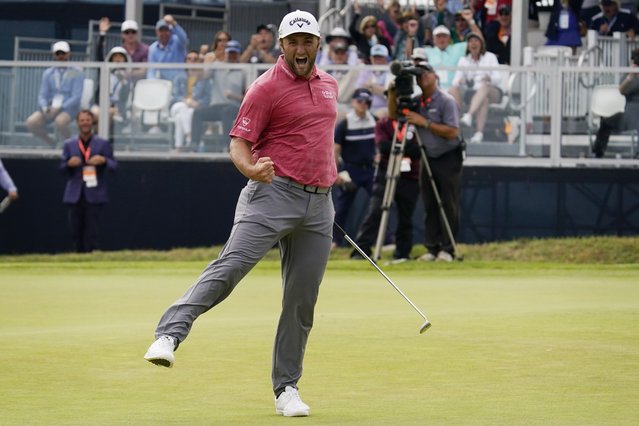 Jon Rahm, of Spain, reacts to making his birdie putt on the 18th green during the final round of the U.S. Open Golf Championship, Sunday, June 20, 2021, at Torrey Pines Golf Course in San Diego. (Photo by Gregory Bull/AP Photo) 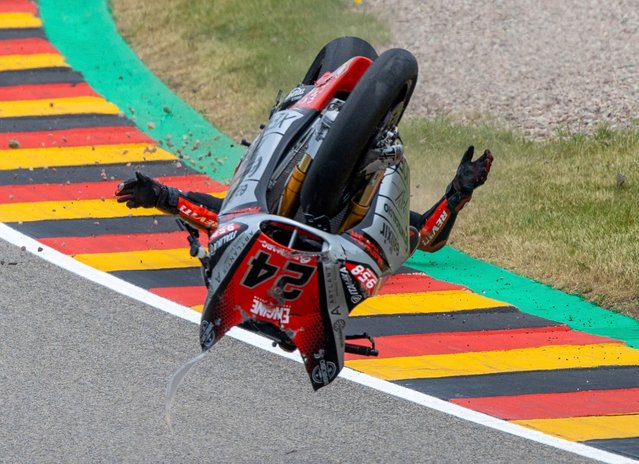 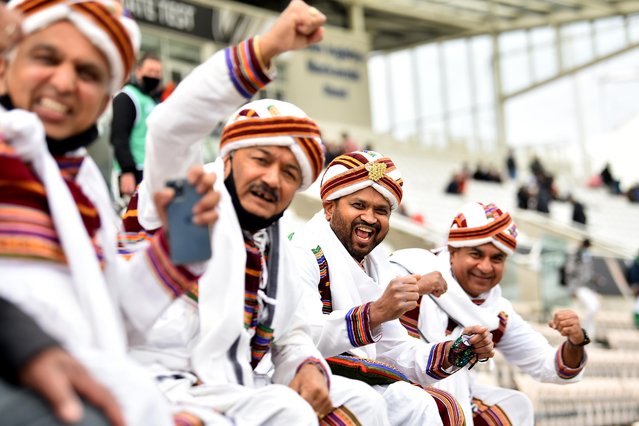 Fans during Day 5 of the ICC World Test Championship Final between India and New Zealand at The Hampshire Bowl on June 22, 2021 in Southampton, England. (Photo by Nathan Stirk-ICC/ICC via Getty Images) 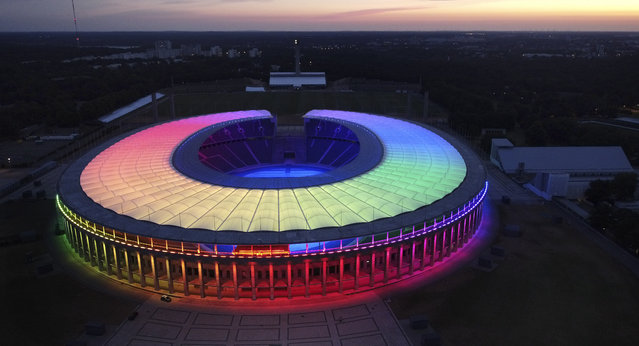 The sun sets behind the rainbow-illuminated Olympic Stadium in Berlin, Germany, Wednesday, June 23, 2021. The UEFA did not allow the city of Munich to illuminate the Allianz Arena stadium in rainbow colors during the Euro 2020 soccer match between Germany and Hungary on Wednesday. (Photo by Michael Sohn/AP Photo) 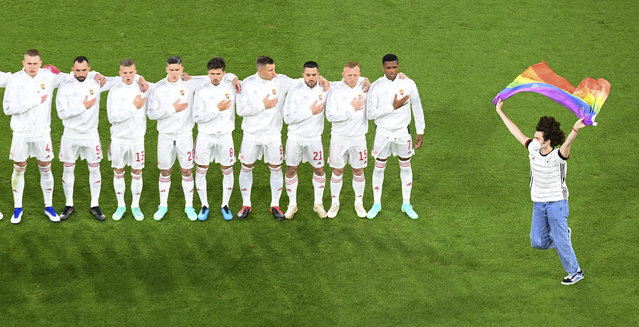 A protestor holding a Rainbow Flag runs onto the pitch in front of the Hungarian team before the Euro 2020 soccer championship group F match between Germany and Hungary at the football arena stadium in Munich, Germany, Wednesday, June 23, 2021. (Photo by Matthias Hangst/Pool Photo via AP Photo) 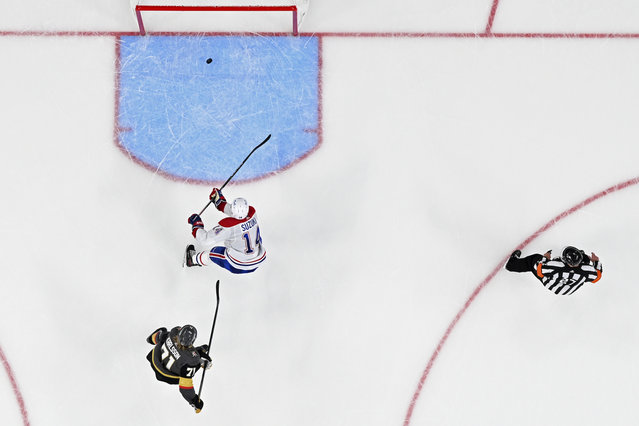 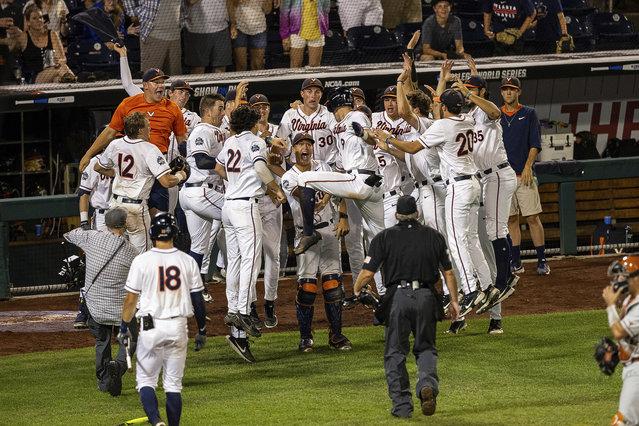 Virginia’s Chris Newell (9) celebrates his two run homer in the fifth against Texas during a baseball game in the College World Series Thursday, June 24, 2021, at TD Ameritrade Park in Omaha, Neb. (Photo by John Peterson/AP Photo) 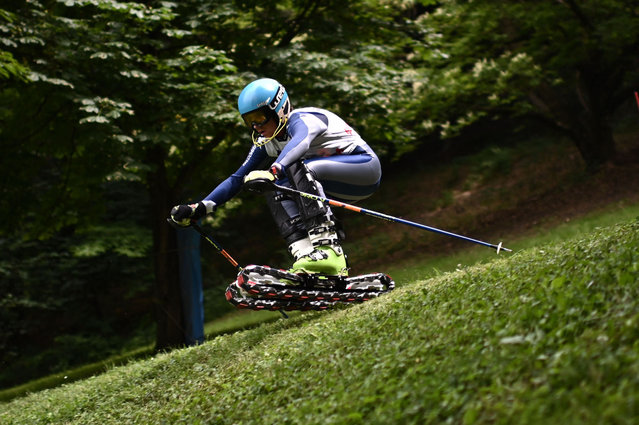 A skier competes in the trophy Talento Verde (Green talent), a slalom sprint challenge on the grass ski slope in Strada del Nobile in Turin, Northwestern Italy, on June 19, 2021. The ski slope is the first in a city in Italy with ski lift and it's totally devoted to this discipline. (Photo by Marco Bertorello/AFP Photo) 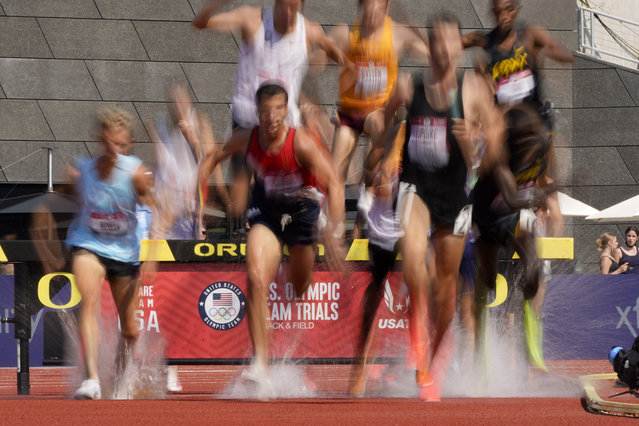 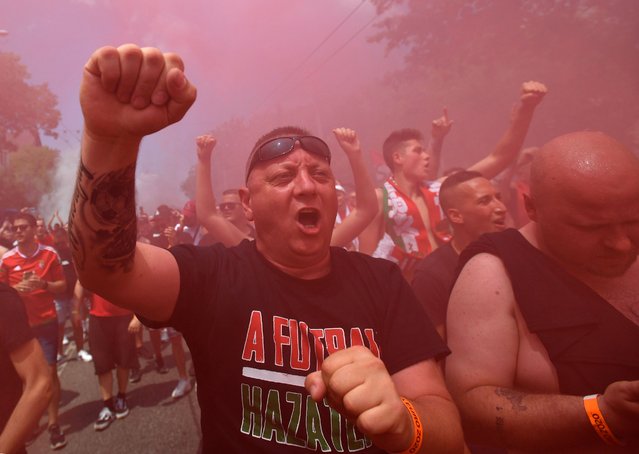 Hungary supporters and football fans burns smoke bombs as they march from Hero Square to the Puskas Arena in Budapest, Hungary on June 19, 2021 ahead of the UEFA EURO 2020 Group F football match between Hungary and France. (Photo by Marton Monus/Reuters) 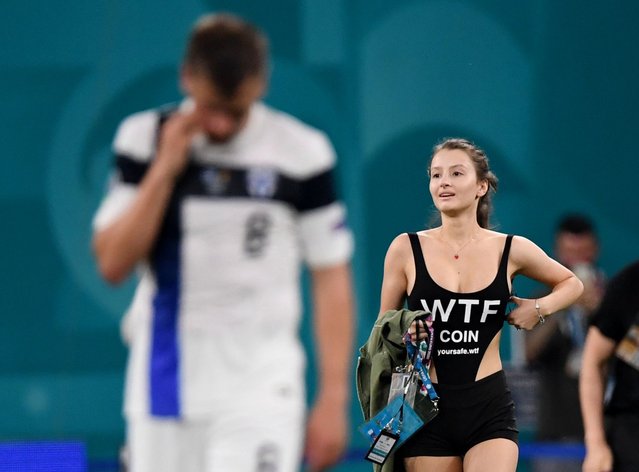