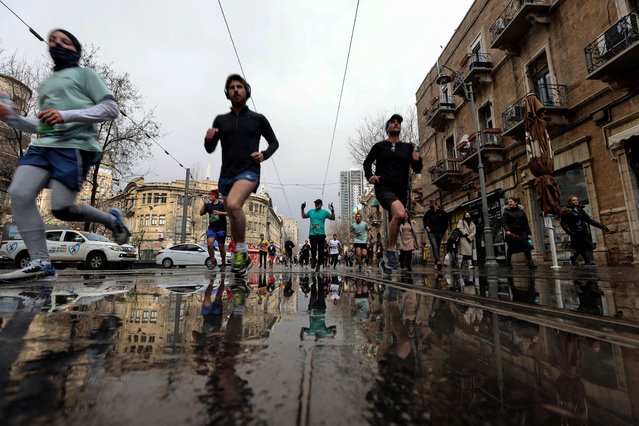 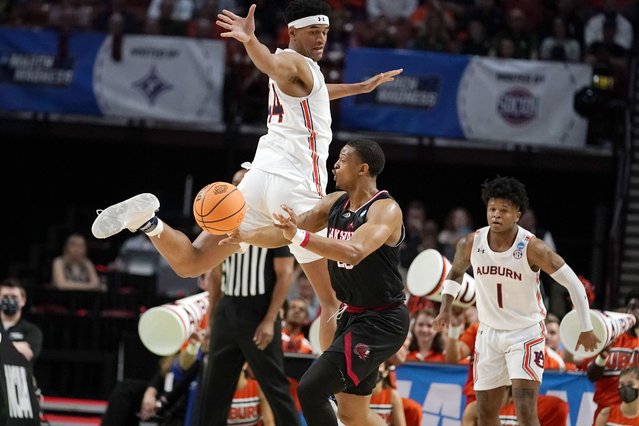 Jacksonville State's Darian Adams (23) passes the ball as Auburn's Dylan Cardwell (44) defends during the first half of a college basketball game in the first round of the NCAA tournament Friday, March 18, 2022, in Greenville, S.C. (Photo by Brynn Anderson/AP Photo) 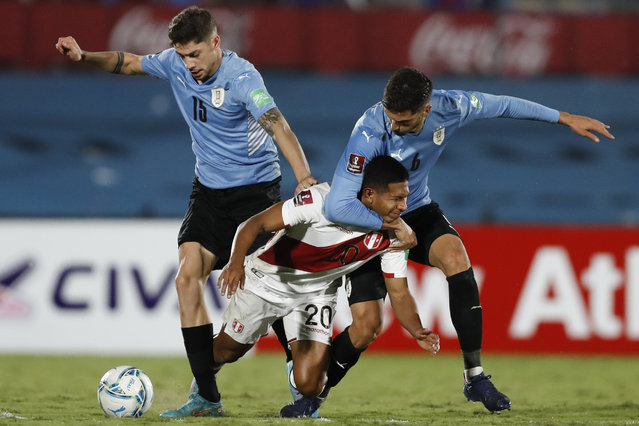 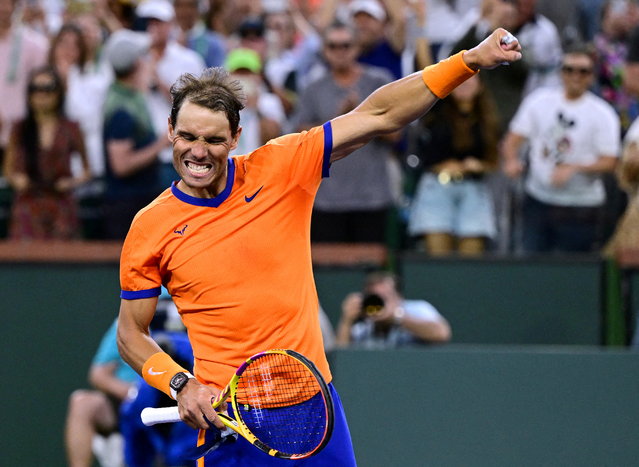 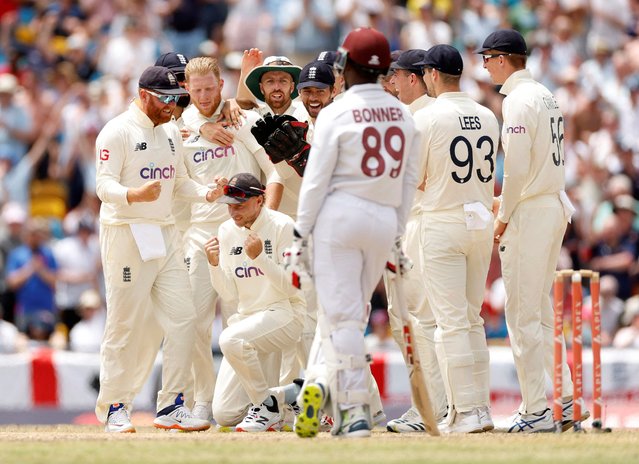 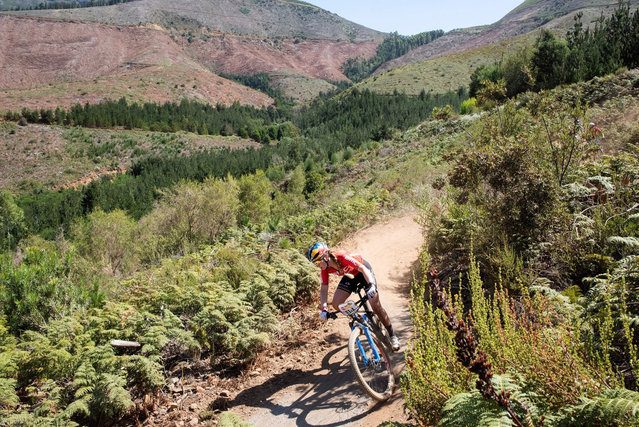 France's Pauline Ferrand-Prevot rides on trails during the prologue stage of the 2022 Cape Epic mountain bike stage race, which is a 24km time-trial, in the mountains above Somerset West, about 60km from Cape Town, on March 20, 2022. The Cape Epic, in which two riders race as a team, is widely known as the foremost mountain bike stage race in the world, with the riders covering a distance 681 kilometres, and climbing 16900m in height, over eight days of racing. (Photo by Rodger Bosch/AFP Photo) 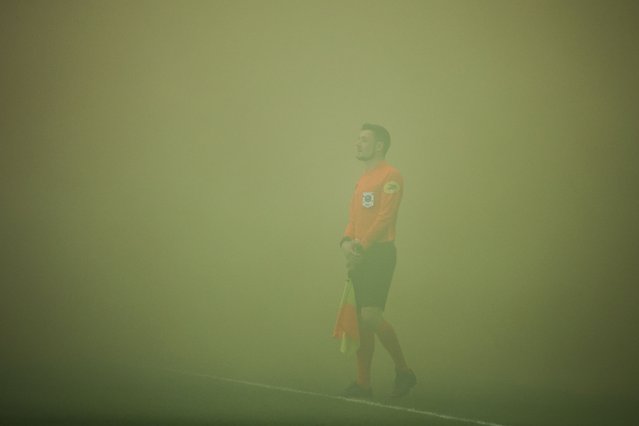 A referee stands on the pitch blanketed in green smoke caused by smoke bombs lobbed by fans at the start of the French L1 football match between Girondins de Bordeaux and Montpellier Herault SC at the Matmut Atlantique Stadium in Bordeaux, western France on March 20, 2022. (Photo by Thibaud Moritz/AFP Photo) 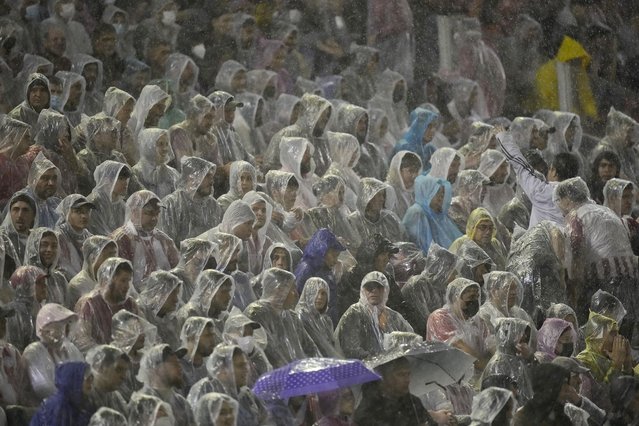 Paraguay fans cover themselves from the rain during a qualifying soccer match against Ecuador for the FIFA World Cup Qatar 2022 at Antonio Aranda stadium in Ciudad del Este, Paraguay, Thursday, March 24, 2022. (Photo by Jorge Saenz/AP Photo) 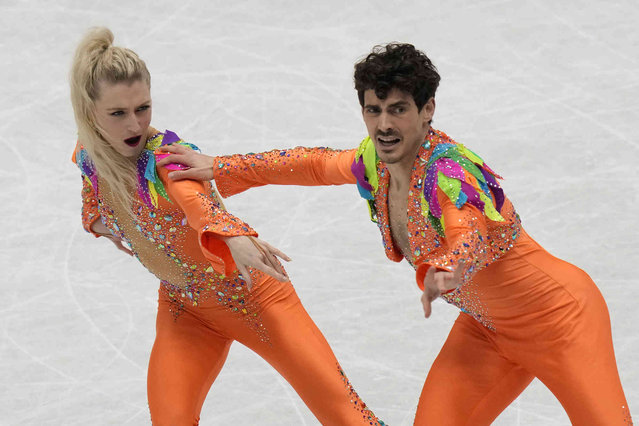 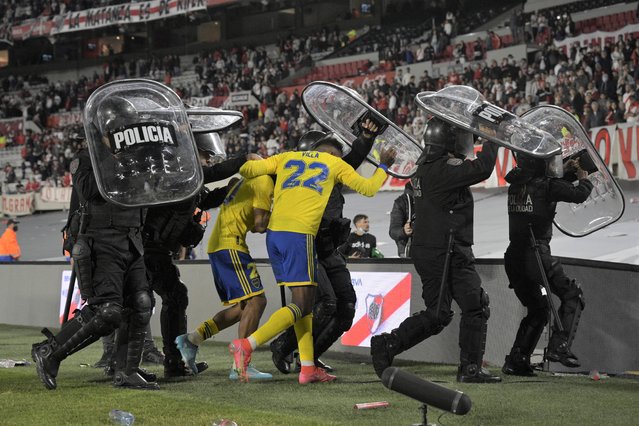 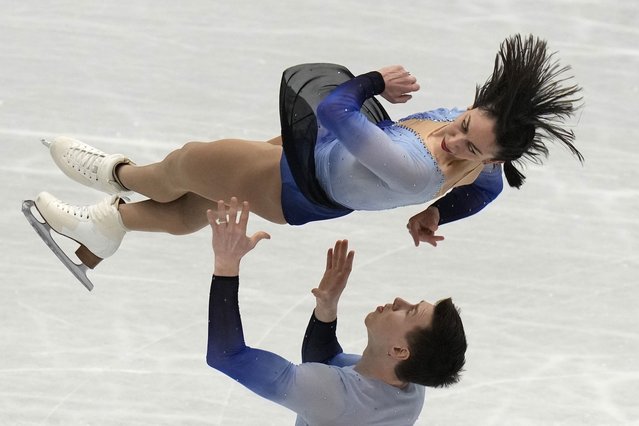 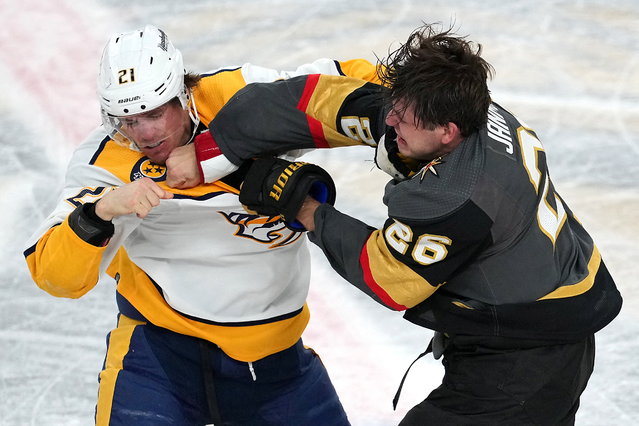 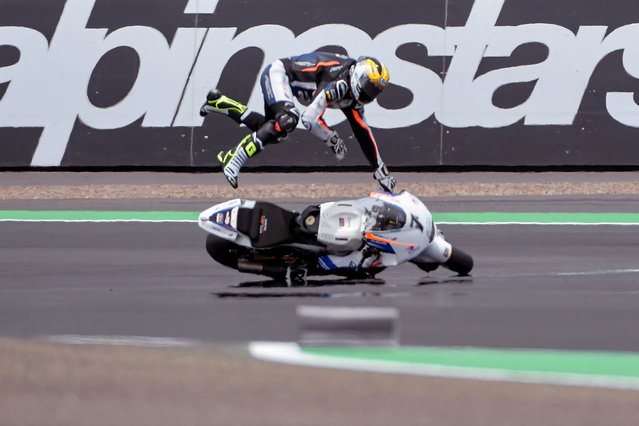 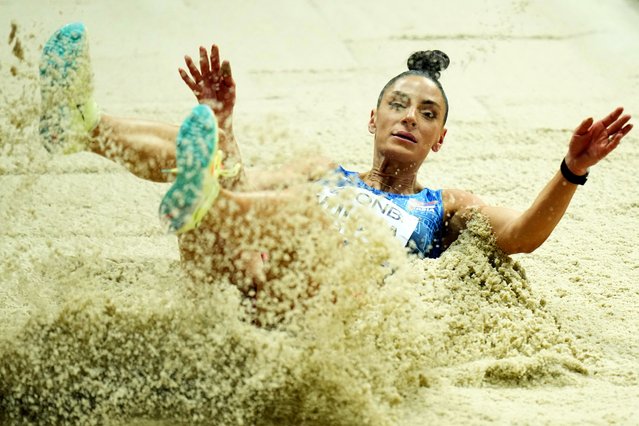 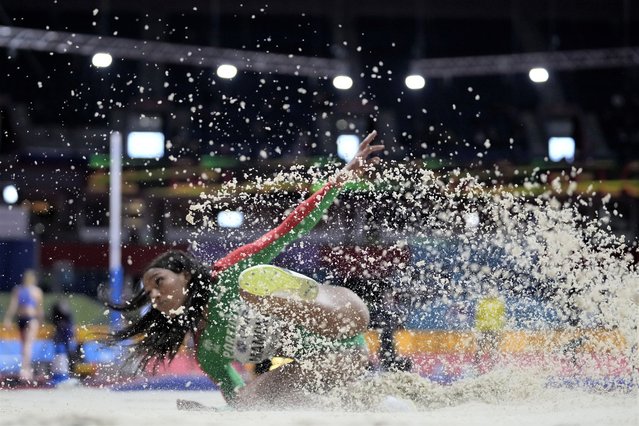 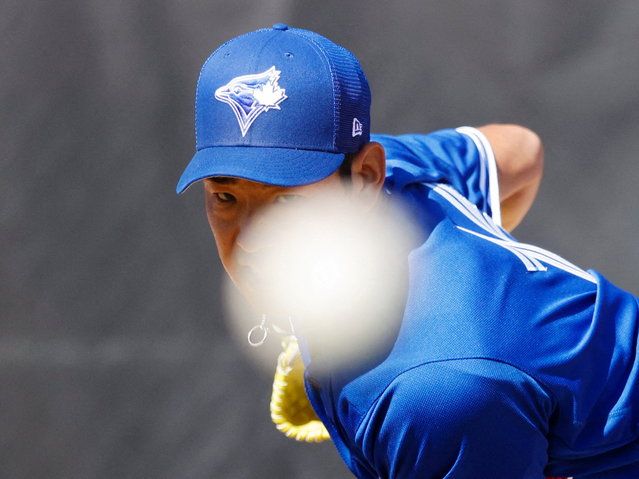 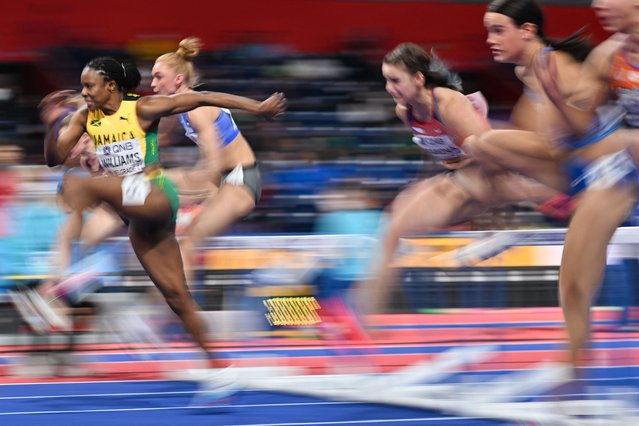 Jamaica's Danielle Williams competes in the women's 60 metres hurdles heats during The World Athletics Indoor Championships 2022 at the Stark Arena, in Belgrade, on March 19, 2022. (Photo by Andrej Isakovic/AFP Photo) 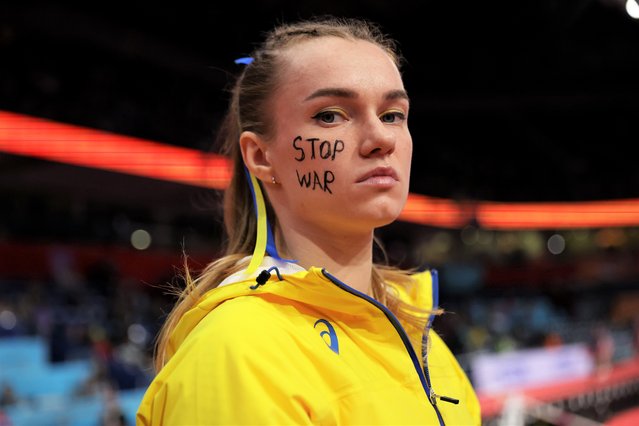 Yana Hladiychuk of Ukraine UKR looks on with a “Stop War” message on her face after the Women's Pole Vault on Day Two of the World Athletics Indoor Championships Belgrade 2022 at Belgrade Arena on March 19, 2022 in Belgrade, Serbia. (Photo by Maja Hitij/Getty Images for World Athletics) 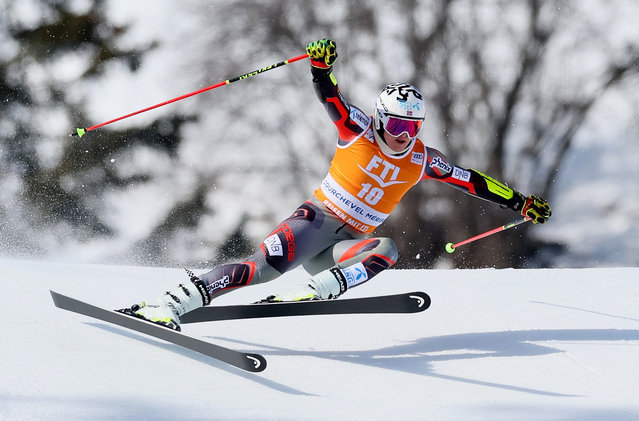 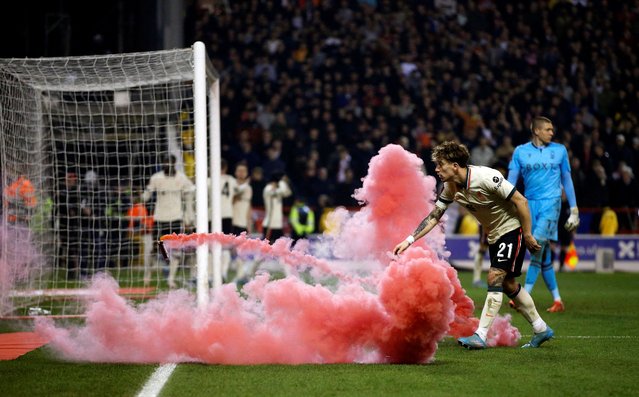