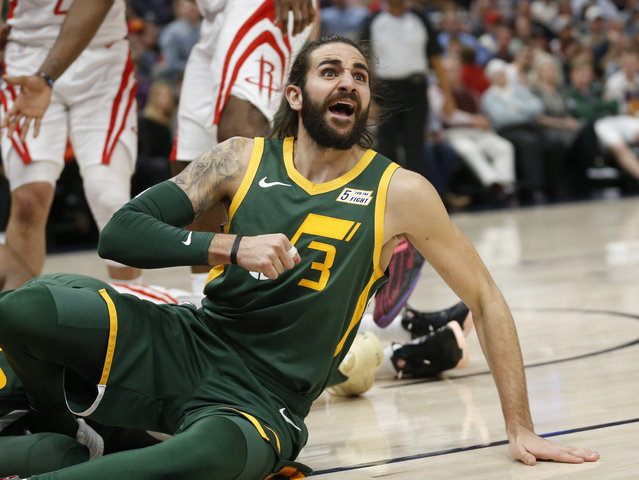 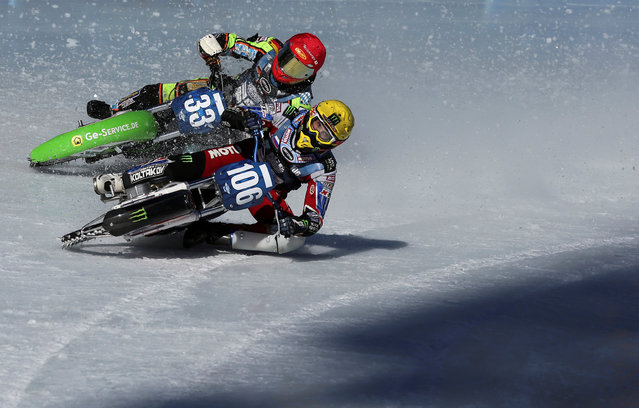 Johan Weber of Germany and Dmitry Koltakov of Russia compete during the final round of the FIM Ice Speedway Gladiators World Championship at the Medeo rink in Almaty, Kazakhstan February 3, 2019. (Photo by Pavel Mikheyev/Reuters) 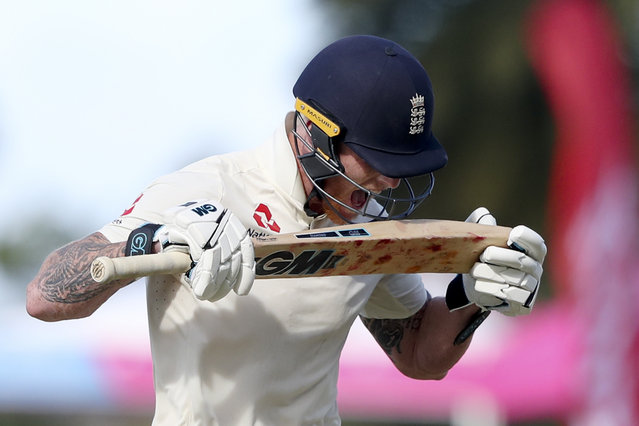 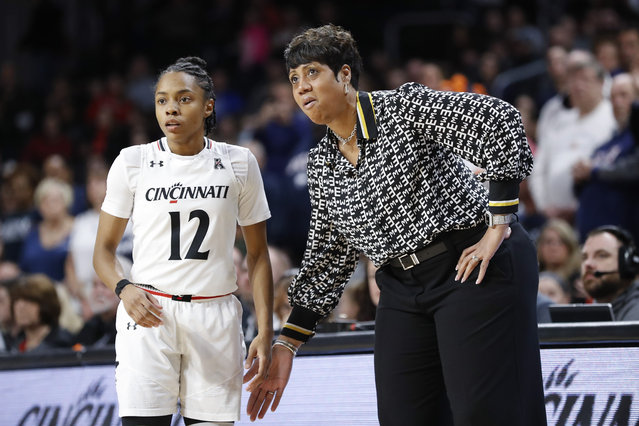 Sri Lanka's Dimuth Karunaratne falls to the ground after he was struck in the head by a delivery from Australia's Pat Cummins on day 2 of their cricket test match in Canberra, Saturday, February 2, 2019. (Photo by Rick Rycroft/AP Photo) 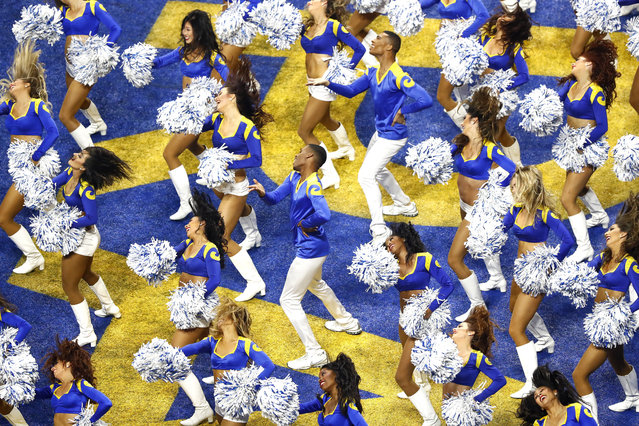 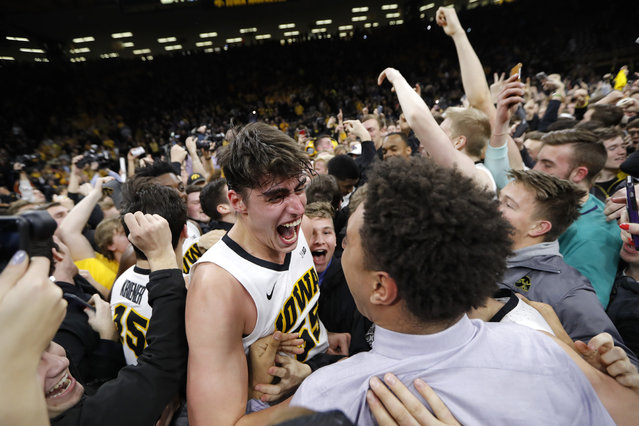 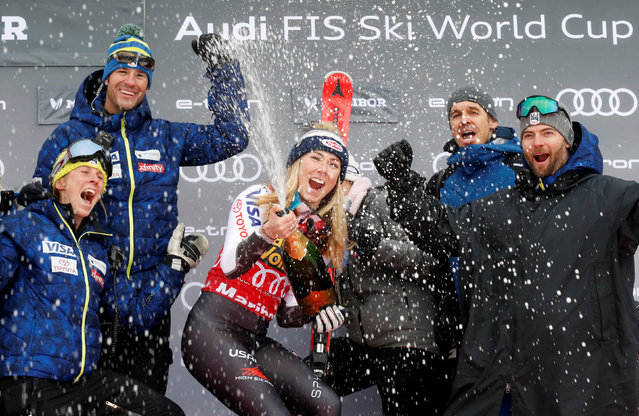 Mikaela Shiffrin of the US celebrates with her team after winning the FIS World Cup Slalom in Maribor, Slovenia on February 2, 2019. (Photo by Borut Zivulovic/Reuters) 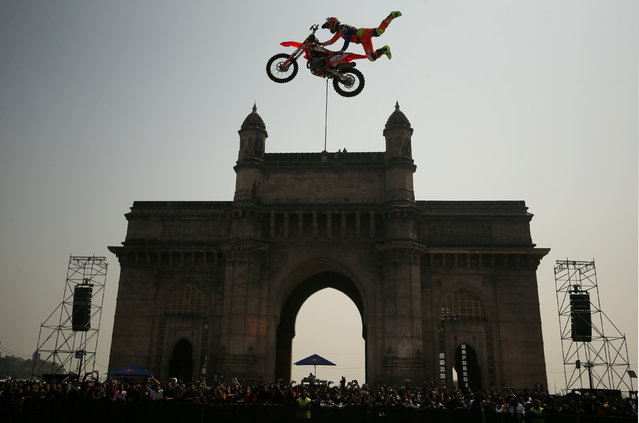 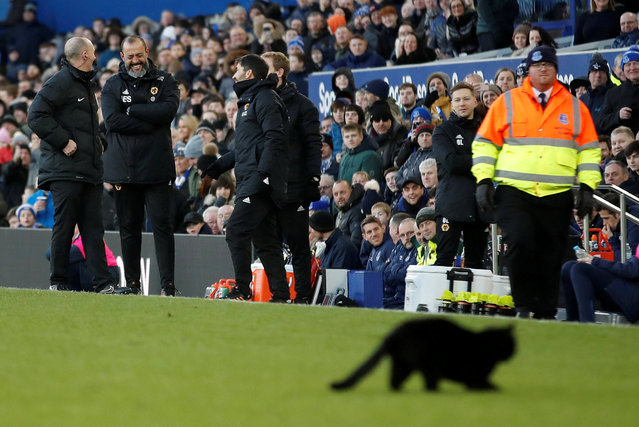 A black cat appears on the pitch during the Premier League match between Everton FC and Wolverhampton Wanderers at Goodison Park on February 2, 2019 in Liverpool, United Kingdom. (Photo by Carl Recine/Action Images via Reuters) 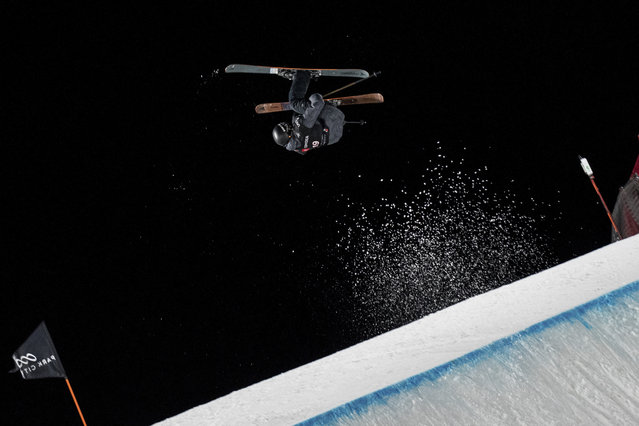 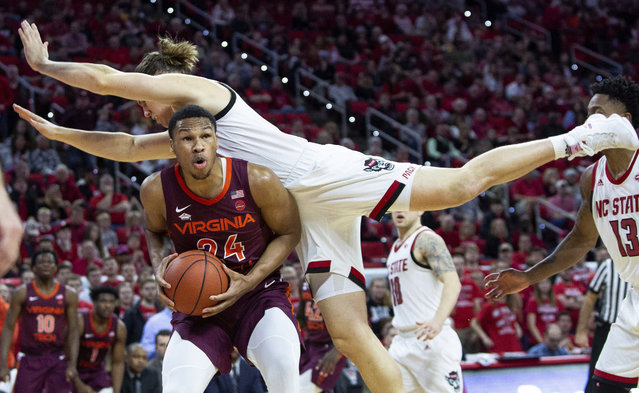 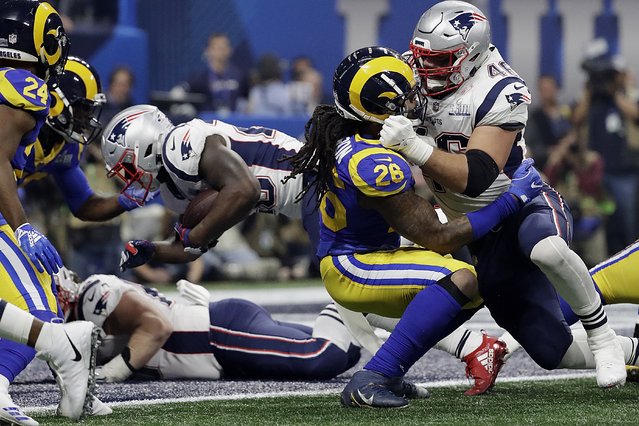 New England Patriots' Sony Michel dives for a touchdown during the second half of the NFL Super Bowl 53 football game against the Los Angeles Rams, Sunday, February 3, 2019, in Atlanta. (Photo by Jeff Roberson/AP Photo) 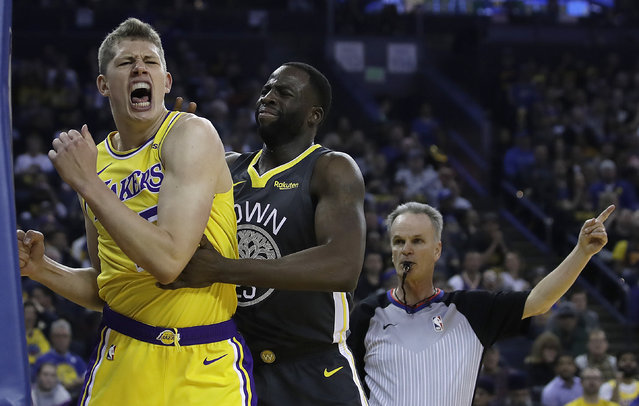 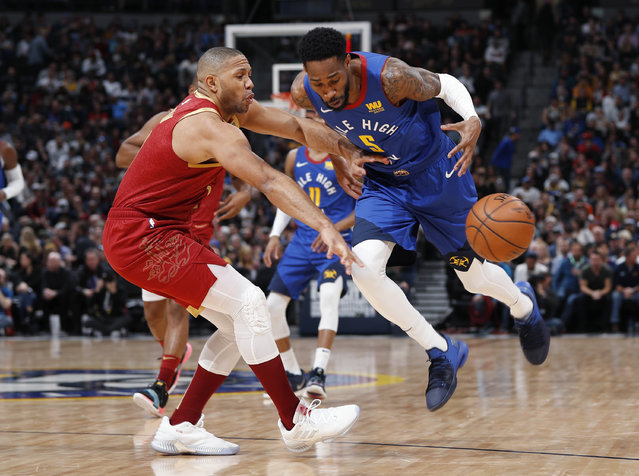 Houston Rockets guard Eric Gordon, left, knocks the ball away from Denver Nuggets guard Will Barton during the second half of an NBA basketball game Friday, February 1, 2019, in Denver. The Nuggets won 136-122. (Photo by David Zalubowski/AP Photo) 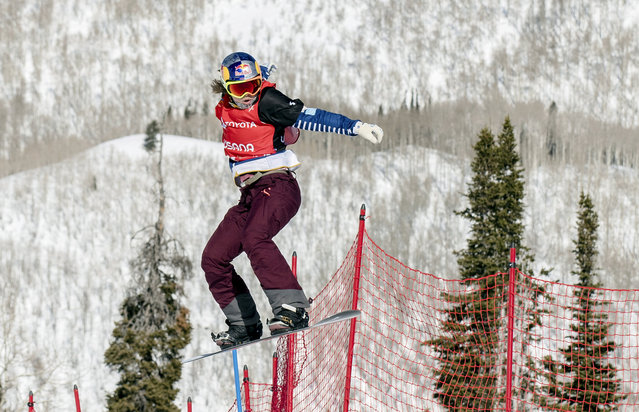 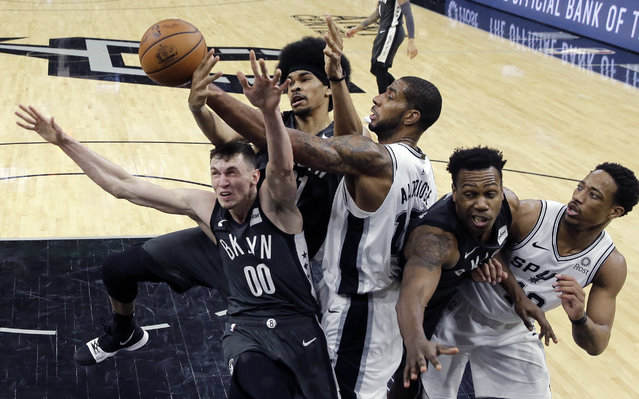 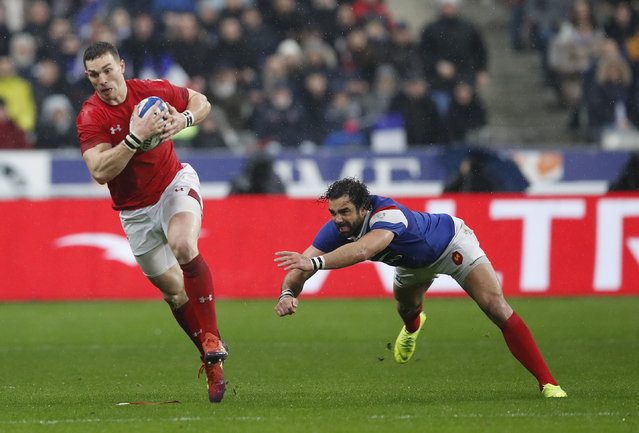 Wales' George North makes an interception and gets away from France's Yoann Huget before scoring his side's third try during the Six Nations rugby union international between France and Wales at the Stade de France in Saint Denis near Paris, Friday, February 1, 2019. (Photo by Christophe Ena/AP Photo) 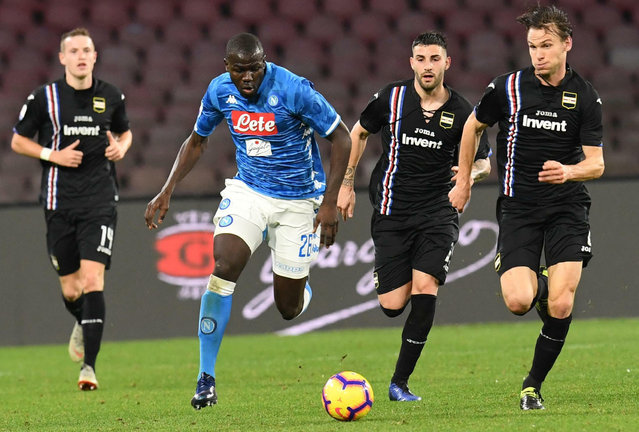 Napoli's Kalidou Koulibaly runs with the ball during the Serie A soccer match between Napoli and Sampdoria at the San Paolo stadium in Naples, Italy, Saturday, February 2, 2019. (Photo by Ciro Fusco/ANSA via AP Photo) 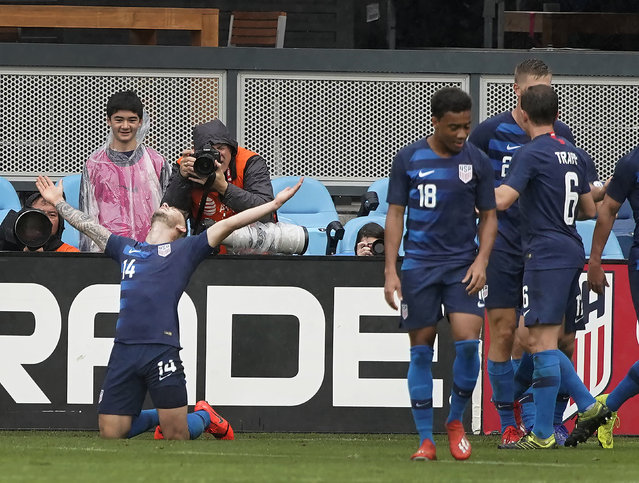 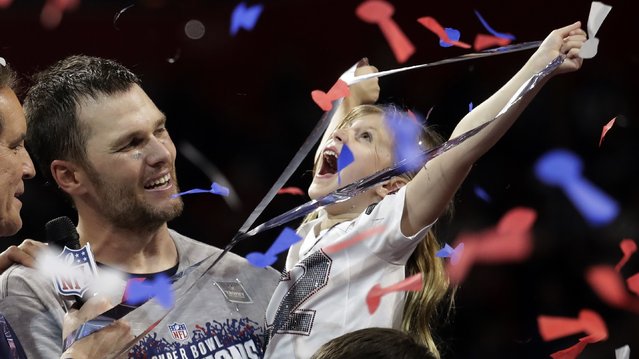 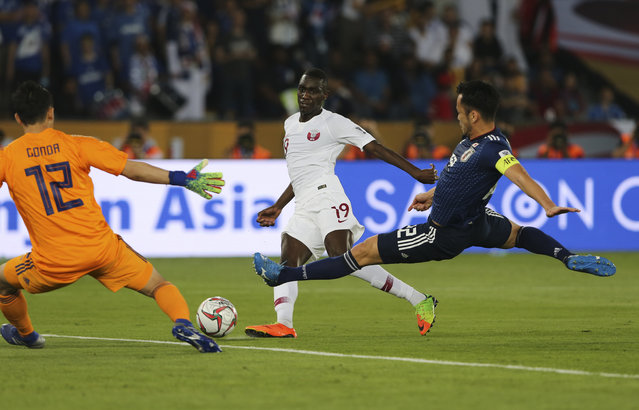 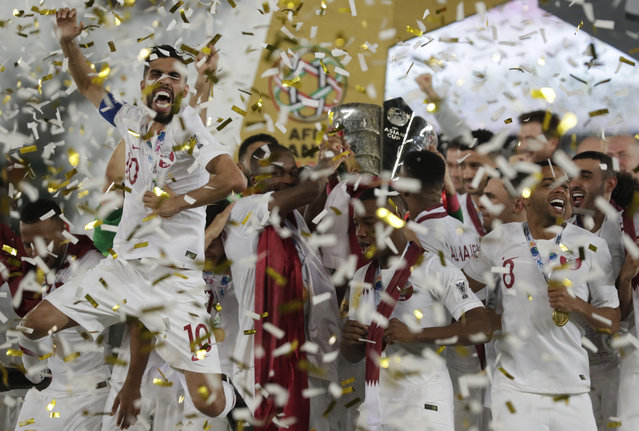 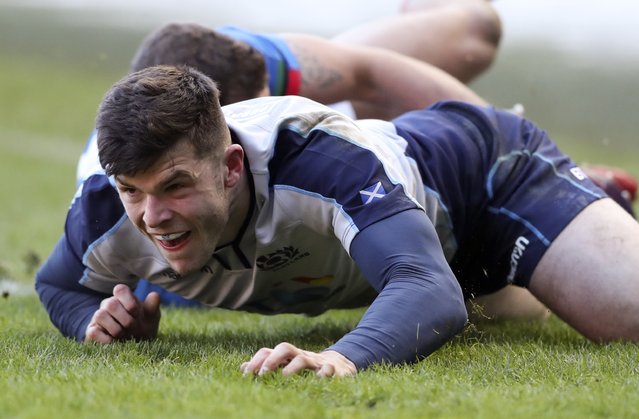