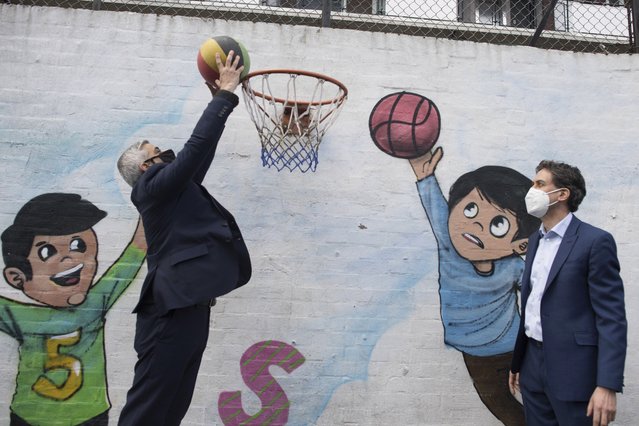 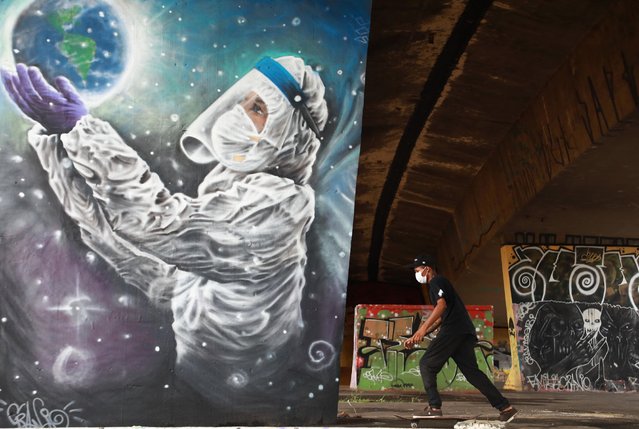 A man skates past a COVID-19 related graffiti by artist Luciano Cranio, at a skate park in Sapucaia do Sul, Rio Grande do Sul state, Brazil, on March 17, 2021. The state of Rio Grande do Sul reported a record of 502 deaths in 24 hours on March 16 and began to impose severe restrictions due to the rapid increase of COVID-19 cases. (Photo by Silvio Avila/AFP Photo) 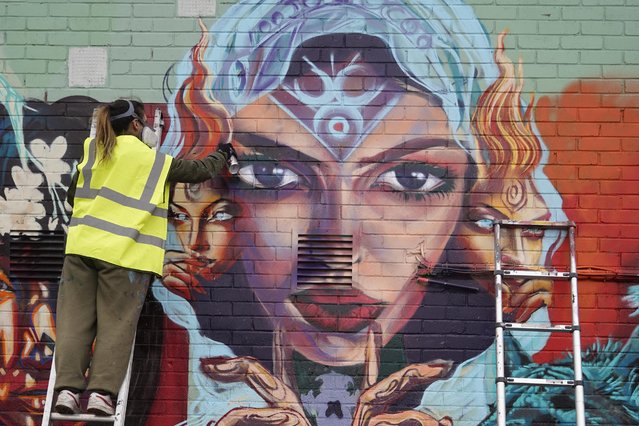 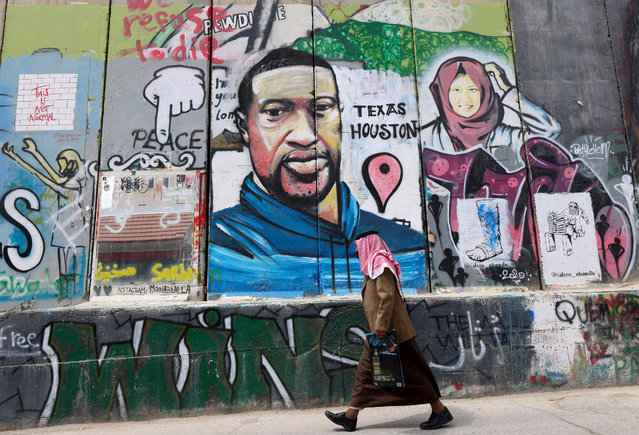 A man walks past a mural showing the face of George Floyd, an unarmed handcuffed black man who died after a white policeman knelt on his neck during an arrest in the US, painted on a section of Israel's controversial separation barrier in the city of Bethlehem in the occupied West Bank on March 31, 2021. The teenager who took the viral video of George Floyd's death said on March 30, at the trial of the white police officer charged with killing the 46-year-old Black man that she knew at the time “it wasn't right”. Darnella Frazier, 18, was among the witnesses who gave emotional testimony on Tuesday at the high-profile trial of former Minneapolis police officer Derek Chauvin. Chauvin, 45, is charged with murder and manslaughter for his role in Floyd's May 25, 2020 death, which was captured on video by Frazier and seen by millions, sparking anti-racism protests around the globe. (Photo by Emmanuel Dunand/AFP Photo) 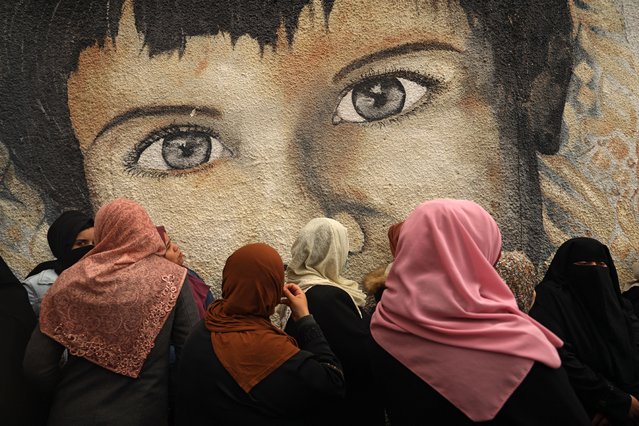 Palestinian women take part in a protest against the cuts in food aid distribution, outside the United Nations Relief and Works Agency (UNRWA) headquarters in Gaza City on March 18, 2021. (Photo by Mohammed Abed/AFP Photo) 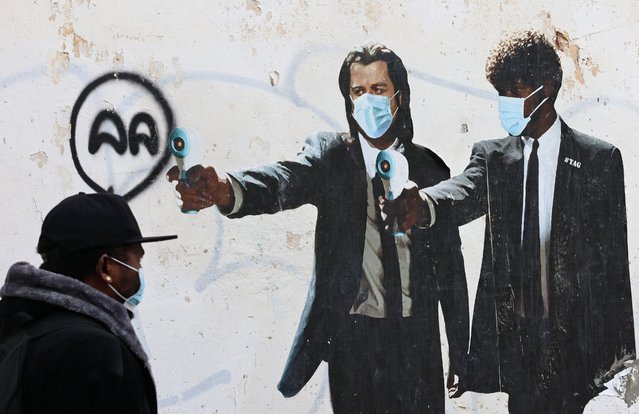 A man walks past a mural depicting US actors John Travolta and Samuel L. Jackson holding thermometers instead of guns amid the Covid-19 pandemic, in Tel Aviv on March 1, 2021. (Photo by Emmanuel Dunand/AFP Photo) 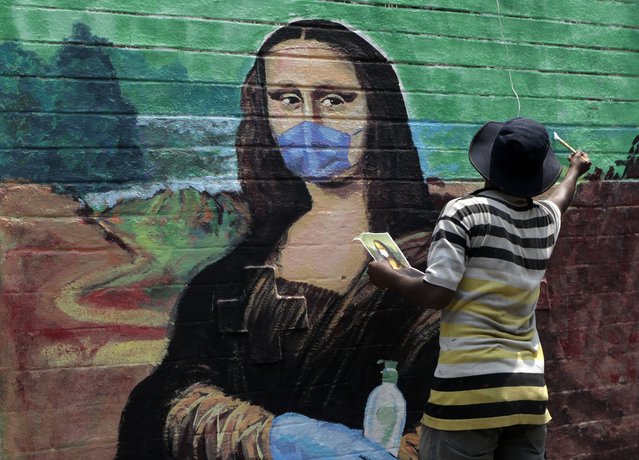 An artist makes a mural of the Monalisa wearing a face mask to spread awareness for the prevention of the coronavirus in Mumbai, India, Wednesday, March 24, 2021. (Photo by Rajanish Kakade/AP Photo) 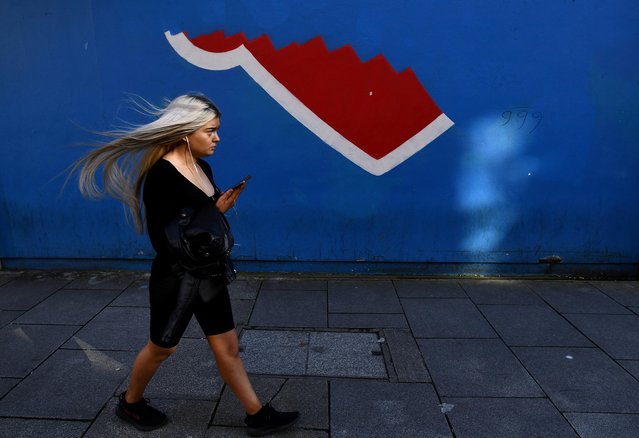 A woman walks past the symbolic remains of a Pro-Choice “Repeal the 8th Amendment” mural painted for Ireland's abortion referendum that was ordered to be removed at the time, in Temple Bar, Dublin, Ireland on March 16, 2021. (Photo by Clodagh Kilcoyne/Reuters) 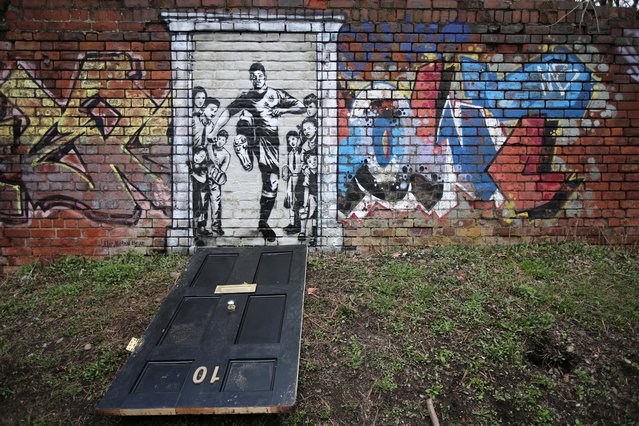 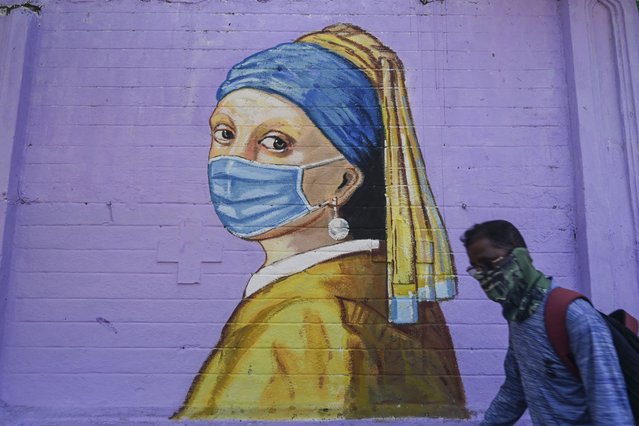 A pedestrian walks past a mural of Johannes Vermeer's “Girl with a Pearl Earring” wearing a facemask to spread awareness about the COVID-19 coronavirus, in Mumbai on March 31, 2021. (Photo by Indranil Mukherjee/AFP Photo) 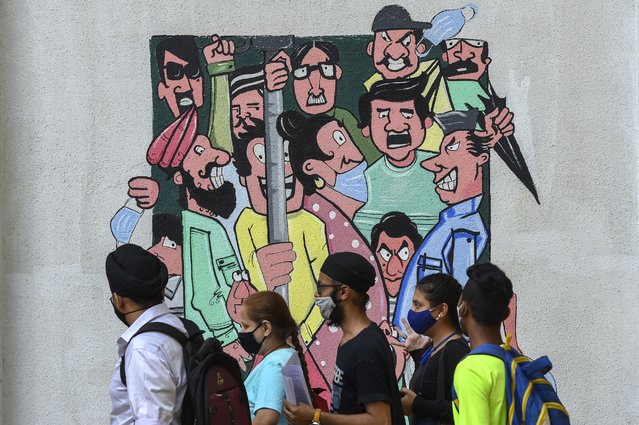 Pedestrians walk past a mural depicting people standing close to each other to raise awareness about maintaining social distancing and the use of masks, in Mumbai on March 2, 2021. (Photo by Punit Paranjpe/AFP Photo) 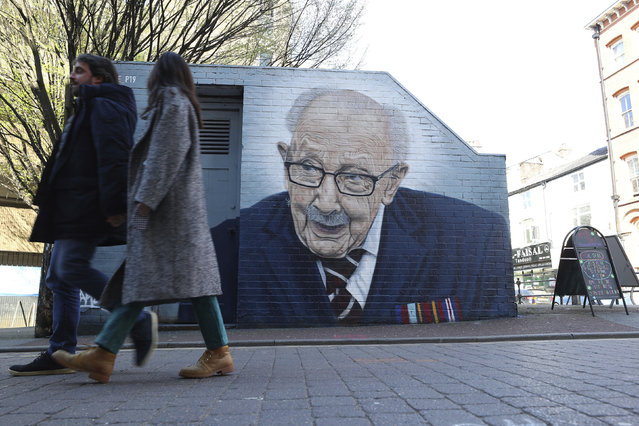 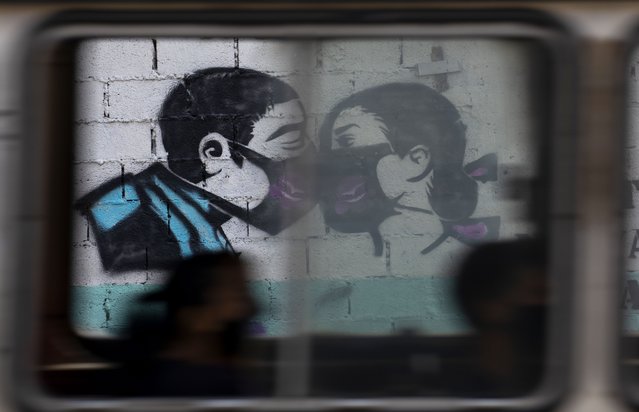 A bus passes a mural of a couple kissing while wearing face masks in Caracas, Venezuela, Wednesday, March 24, 2021, amid the new coronavirus pandemic. (Photo by Ariana Cubillos/AP Photo) 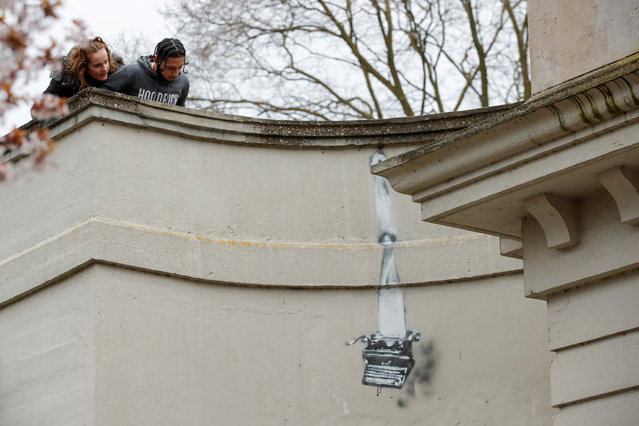 People observe a mural that is similar to the recent one done by Banksy on an abandoned prison, in Reading, Britain, March 18, 2021. (Photo by Andrew Couldridge/Reuters) 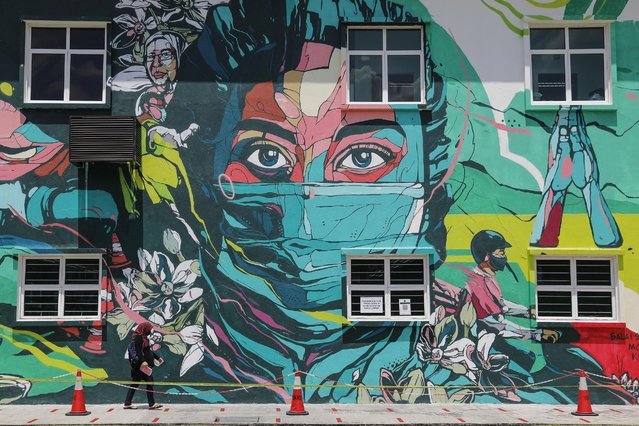 A woman walks in front of a mural depicting a healthcare worker at government clinic in Kuala Lumpur, Malaysia, 15 March 2021. Human Rights Watch on 14 March called on Malaysian government to revoke its “fake news” ordinance that “poses a serious threat to freedom of expression and privacy and the right to a fair trial”. The new ordinance makes it a criminal offense to create, publish, or disseminate “fake news” relating to COVID-19 or the proclamation of emergency in the country, or to fail to take down such material upon the government's request. (Photo by Fazry Ismail/EPA/EFE)
Edit Del
29 Apr 2021 08:40:00, post received 0 comments
Publication archive:
←   →
Popular tags:
All tags
Last searches: