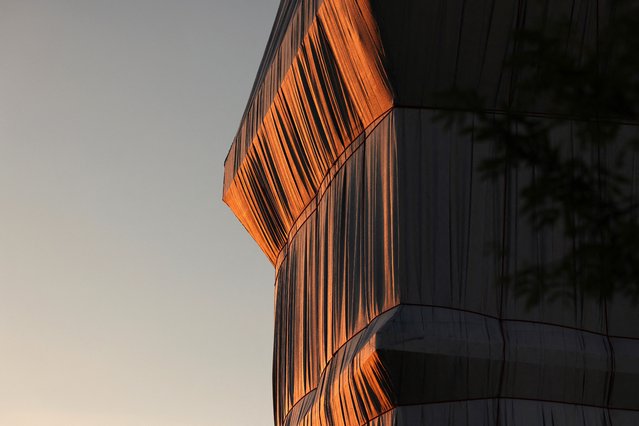 A photograph taken at dusk on September 16, 2021 shows a detail of the Arc de Triomphe in Paris, wrapped in silver-blue fabric, as it was designed by late artist Christo. The 50-metre-high Arc de Triomphe in Paris has been wrapped in silvery-blue fabric as a posthumous tribute to Christo, who had dreamt of the project for decades. Bulgarian-born Christo, a longtime Paris resident, had plans for sheathing the imposing war memorial at the top of the Champs-Elysees while renting an apartment near it in the 1960s. (Photo by Thomas Coex/AFP Photo) 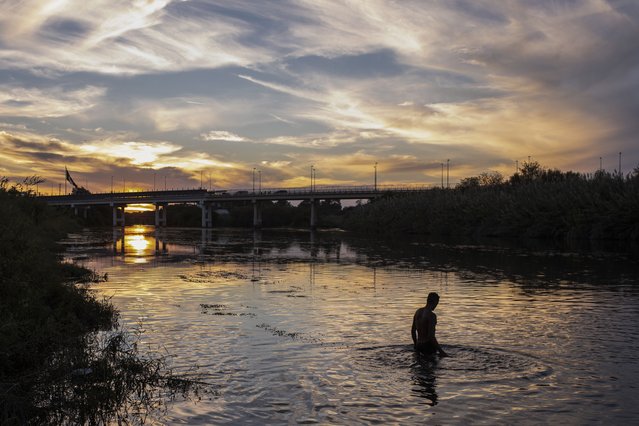 A Haitian migrant bathes in the waters of the Rio Grande in Ciudad Acuna, Mexico, Friday, September 24, 2021, across from Del Rio, Texas. (Photo by Felix Marquez/AP Photo) 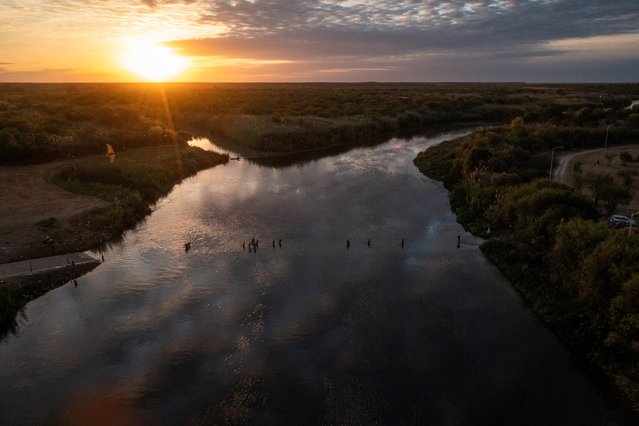 Migrants seeking refuge in United States cross the Rio Grande river back across the border into Ciudad Acuna, Mexico from their camp in Del Rio, Texas, U.S. September 22, 2021. Picture taken with a drone. (Photo by Adrees Latif/Reuters) 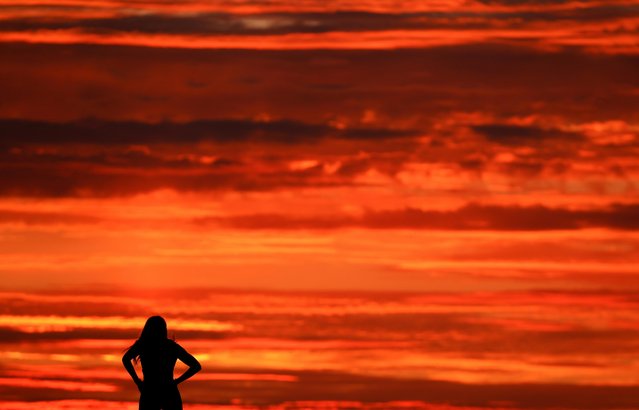 A woman looks at the sunset over the port of Portivy in Saint-Pierre-Quiberon, Brittany, France, October 9, 2021. (Photo by Pascal Rossignol/Reuters) 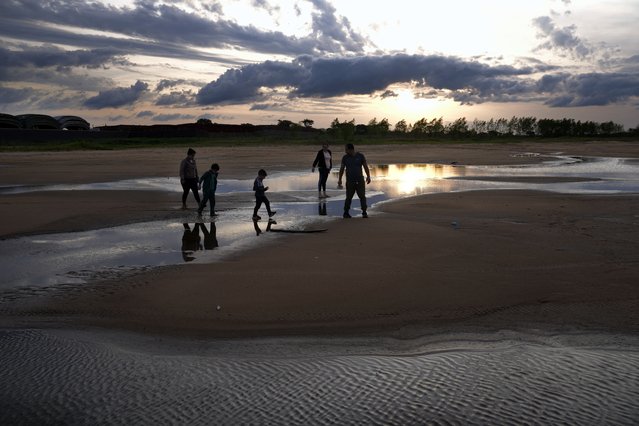 People walk on the exposed bed of a branch of the Paraguay river that has gone dry, in Lambare, Paraguay, Tuesday, September 14, 2021, amid an ongoing drought. (Photo by Jorge Saenz/AP Photo) 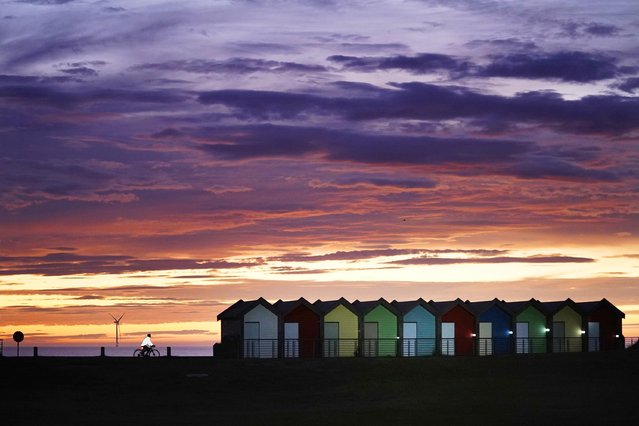 Dawn at Blyth beach huts in Northumberland, with the prospect of warm weather over the coming weekend on Friday, October 8, 2021. (Photo by Owen Humphreys/PA Images via Getty Images) 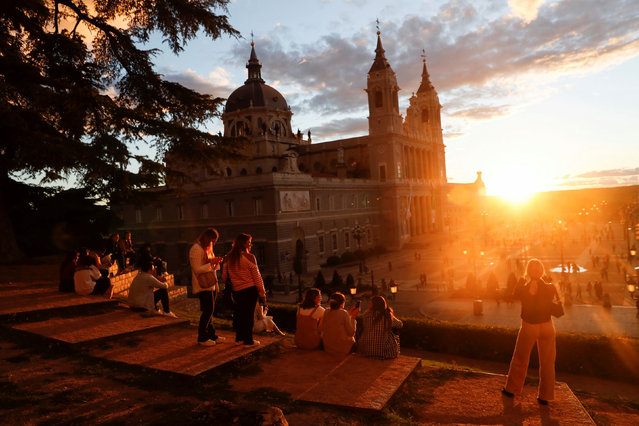 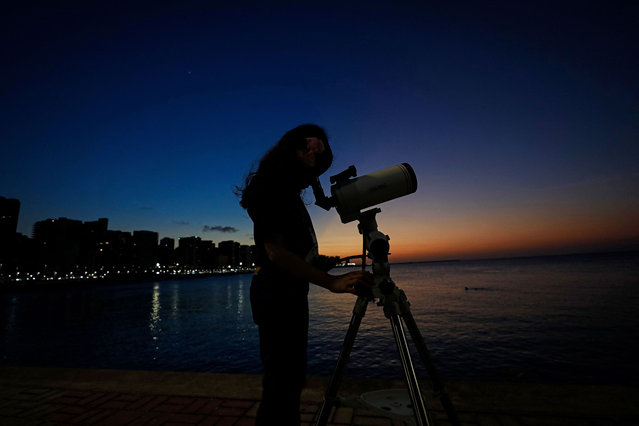 Brazilian 8-year-old astronomer Nicole Oliveira watches the sky with her telescope in Fortaleza, Brazil, on September 21, 2021. When Nicole Oliveira began to take her first steps, she raised her arms to the sky, trying to catch the stars. Now, only eight years old, she is a young Brazilian astronomer who hunts asteroids. (Photo by Jarbas Oliveira/AFP Photo) 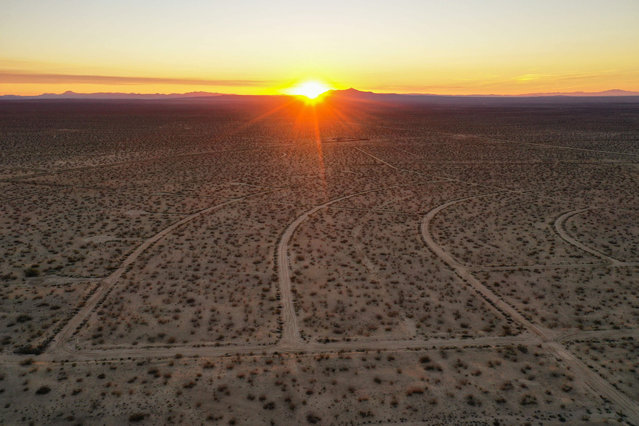 This aerial picture taken on October 2, 2021 shows the sun rising over a vast network of roads cut in the Mojave Desert, intended for a massive suburban paradise that was never built, in California City, California, approximately 100 miles (160 km) north of Los Angeles. (Photo by Robyn Beck/AFP Photo) 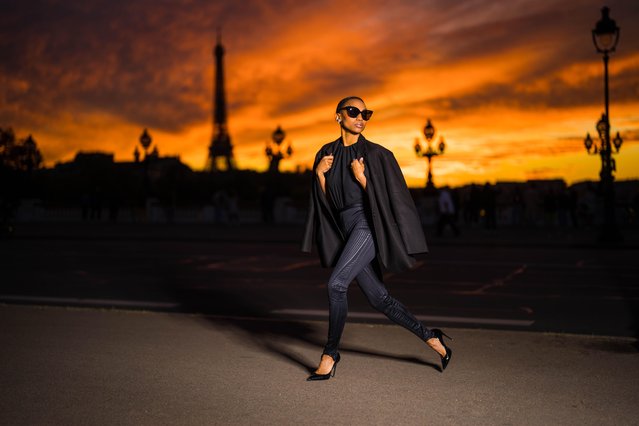 A blazing sunset behind the Eiffel Tower provides a dramatic backdrop for the model Emilie Joseph @in_fashionwetrust during a fashion shoot featuring items by Frankie Shop and Thierry Mugler on October 17, 2021 in Paris, France. (Photo by Edward Berthelot/Getty Images) 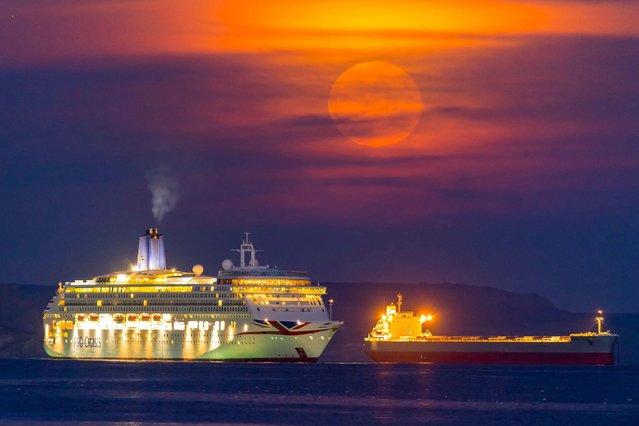 The Harvest Moon is obscured by thin high clouds as it rises up from behind the P&O cruise ship Aurora and the Lemessos Castle bulk carrier which are anchored in the bay at Weymouth in Dorset, United Kingdom the on the last day of astronomical summer on September 21, 2021. (Photo by Graham Hunt/Alamy Live News) 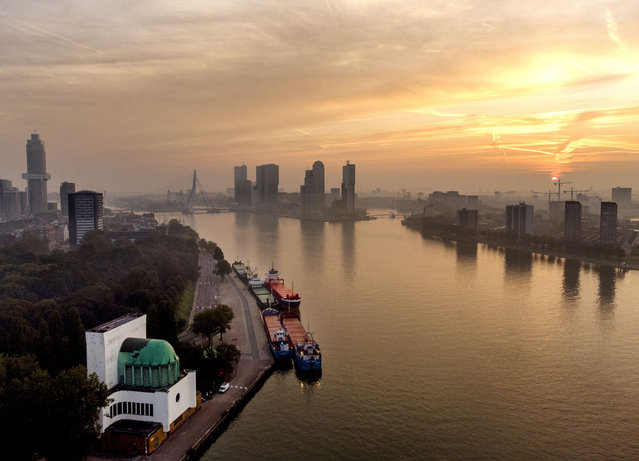 The sun rises over the city of Rotterdam, Netherlands, on a misty Sunday morning, October 10, 2021. (Photo by Michael Probst/AP Photo) 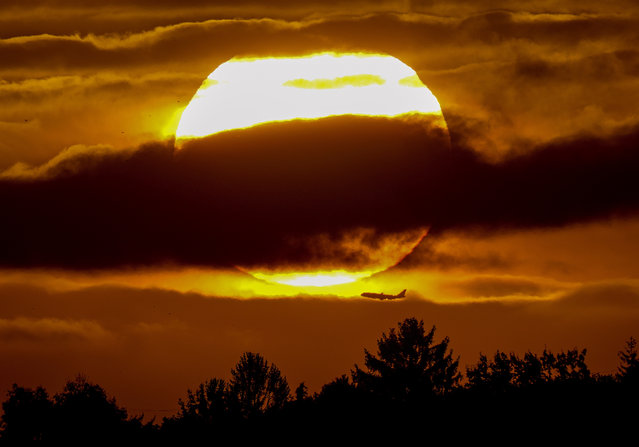 The sun rises over a forest as a plane passes by in Frankfurt, Germany, Wednesday, October 6, 2021. (Photo by Michael Probst/AP Photo) 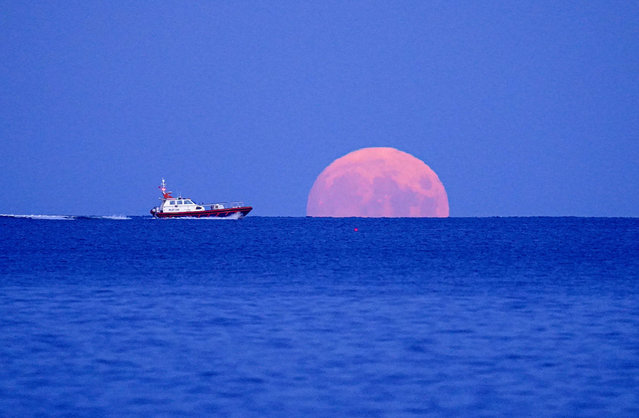 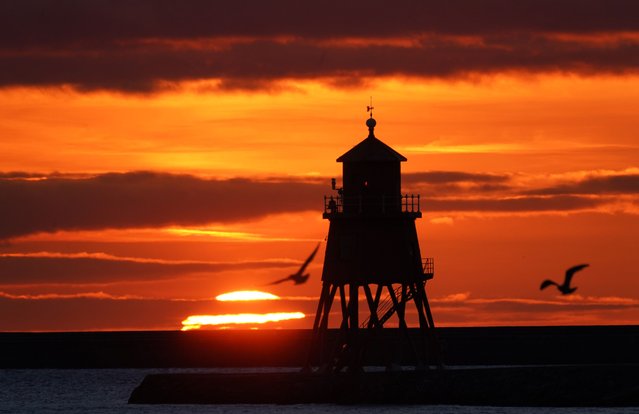