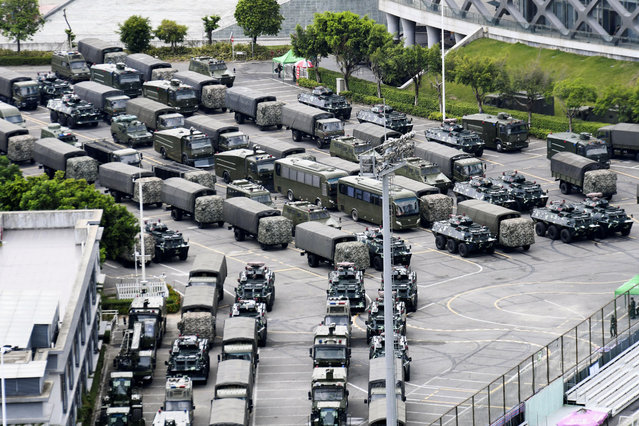 This Friday, August 16, 2019, photo shows armored vehicles and troop trucks are parked outside Shenzhen Bay Stadium in Shenzhen, China. Members of China's paramilitary People's Armed Police marched and practiced crowd control tactics at a sports complex in Shenzhen across from Hong Kong on Friday, in what some interpreted as a threat against pro-democracy protesters in the semiautonomous territory. (Photo by Madoka Ikegami/Kyodo News via AP Photo) 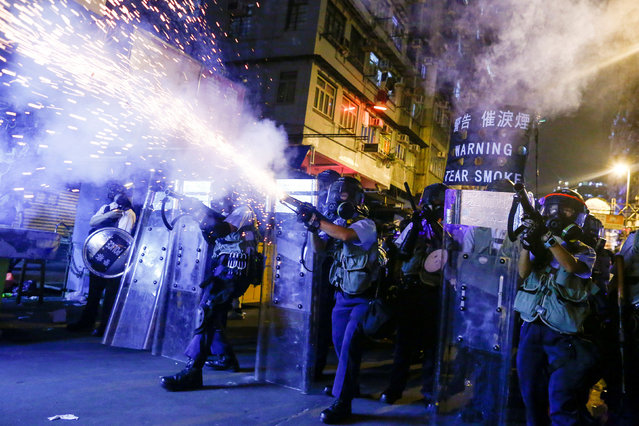 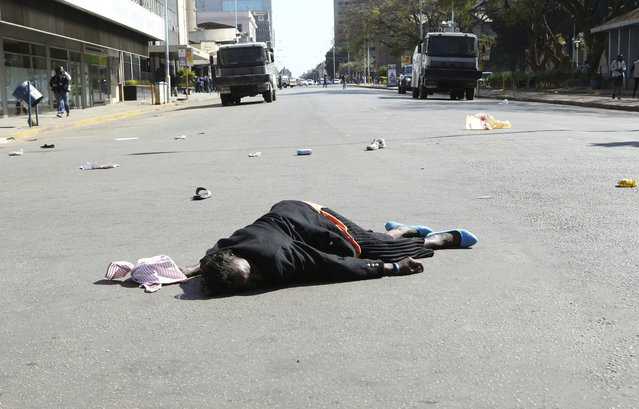 A woman lies in the road after been injured by police during protests in Harare, Friday, August 16, 2019. The main opposition Movement For Democratic Change party is holding protests over deteriorating economic conditions in the country as well as to try and force Zimbabwean President Emmerson Mnangagwa to set up a transitional authority to address the crisis and organize credible elections. (Photo by Tsvangirayi Mukwazhi/AP Photo) 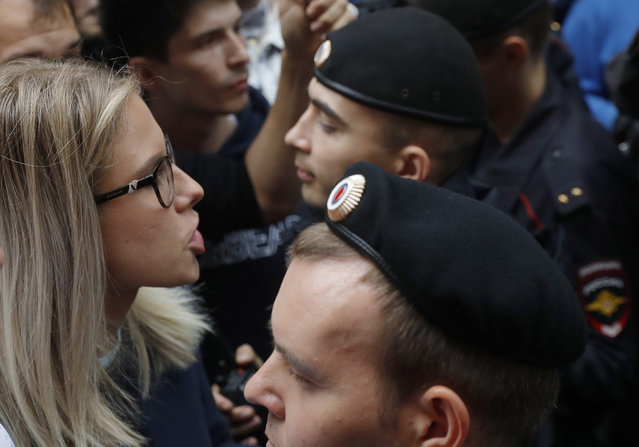 In this file photo taken on July 14, 2019, Russian opposition candidate and lawyer at the Foundation for Fighting Corruption Lyubov Sobol stands in front of police line during a protest in Moscow, Russia. This summer's wave of opposition protests has pushed Sobol to the forefront of the Russian political scene. (Photo by Pavel Golovkin/AP Photo/File) 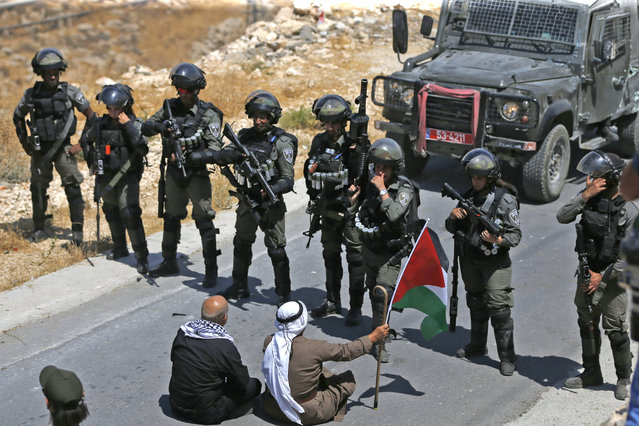 Palestinian protesters sit before Israeli troops during a demonstration against the expropriation of Palestinian land by Israel, in the village of Kafr Malik northeast of Ramallah in the Israeli-occupied West Bank on August 16, 2019. (Photo by Abbas Momani/AFP Photo) 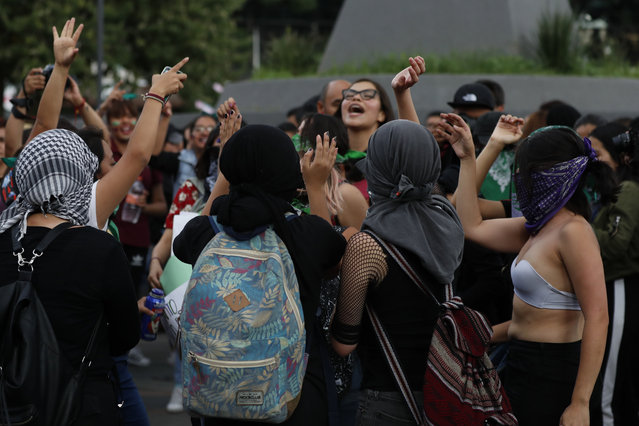 Women join in a protest demanding justice and for their safety, sparked by two recent alleged rapes by police, in Mexico City, Friday, August 16, 2019. (Photo by Marco Ugarte/AP Photo) Kashmiri Muslims shout pro-freedom slogans during a demonstration after Friday prayers amid curfew like restrictions in Srinagar, India, Friday, August 16, 2019. India's government assured the Supreme Court on Friday that the situation in disputed Kashmir is being reviewed daily and unprecedented security restrictions will be removed over the next few days, an attorney said after the court heard challenges to India's moves. (Photo by Dar Yasin/AP Photo) 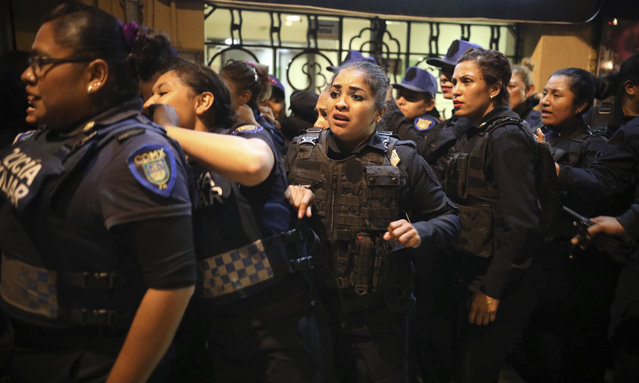 Police watch the second floor of their station burn, set on fire by protesters during a demonstration sparked by a string of alleged sexual attacks by police officers, in Mexico City, Friday, August 16, 2019. On Friday, hundreds of women demonstrated largely peacefully in downtown Mexico City. But some protesters trashed the nearby bus station and a police station. This week, an auxiliary policeman was held for trial on charges he raped a young female employee at a city museum. (Photo by Emilio Espejel/AP Photo) 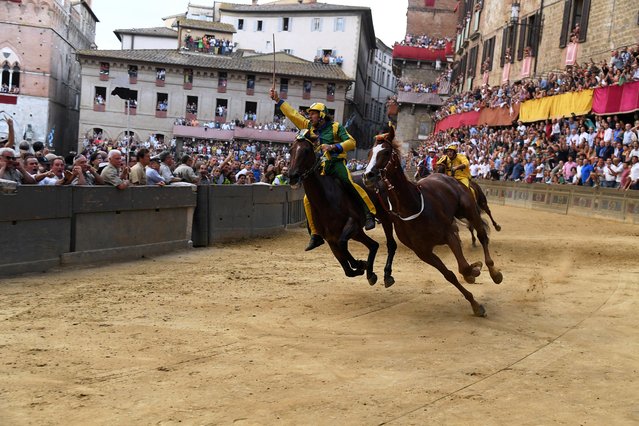 Horse Remorex, of the “Selva” (Forest) parish, is seen without his jockey as he wins the historical Palio of Siena horse race, in Siena, Italy on August 16, 2019. (Photo by Alberto Lingria/Reuters) 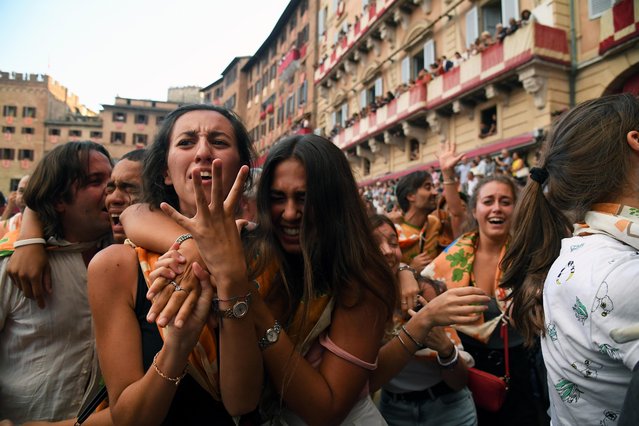 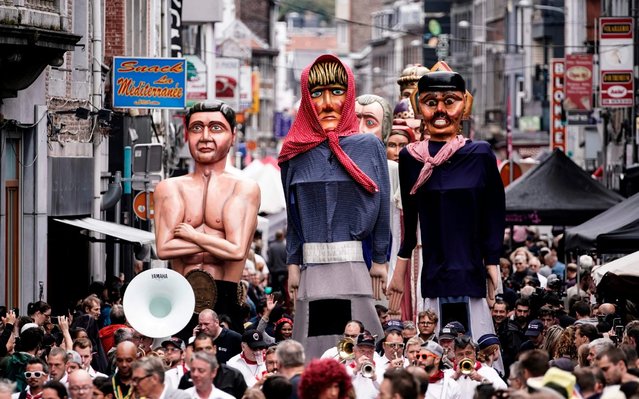 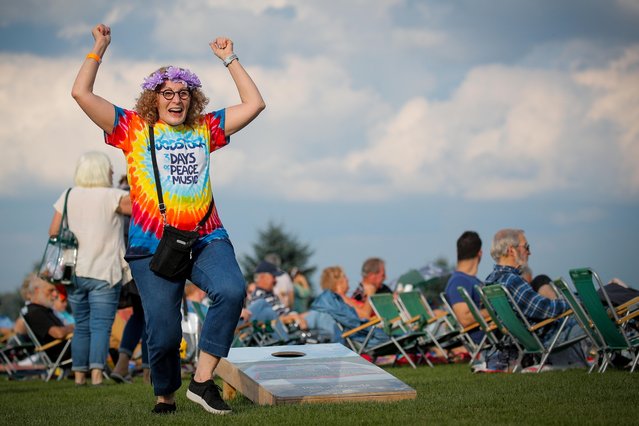