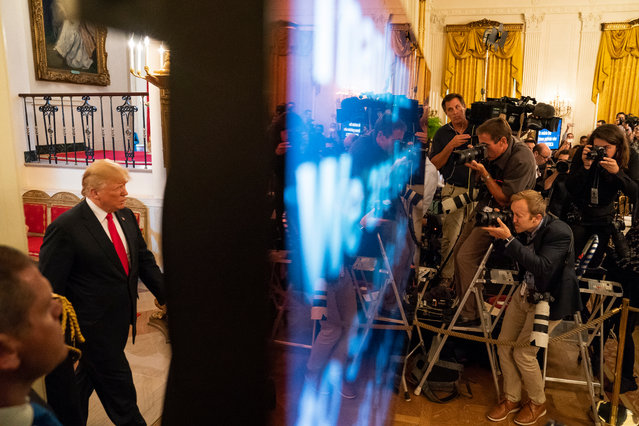 US President Donald J. Trump (L) enters an event to honor federal immigration agents in the East Room of the White House in Washington, DC, USA, 20 August 2018. The event, which the White House is calling a “Salute to the Heroes of the Immigration and Customs Enforcement and Customs and Border Protection”, comes after the administration's “zero-tolerance” policy caused hundreds of migrant children to be separated from their parents. (Photo by Jim Lo Scalzo/EPA/EFE) 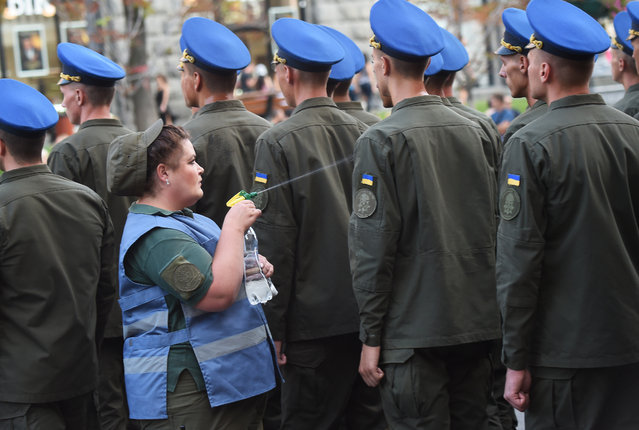 A military nurse sprays Ukrainain servicemen with water cool them down from the heat during a parade rehearsal in the centre of Kiev on August 20, 2018, ahead of Ukraine's Independance Day celebrations on August 24. 4,500 servicemen and 250 pieces of military equipment, including the newest ones produced in Ukraine, will participate in the parade. (Photo by Sergei Supinsky/AFP Photo) 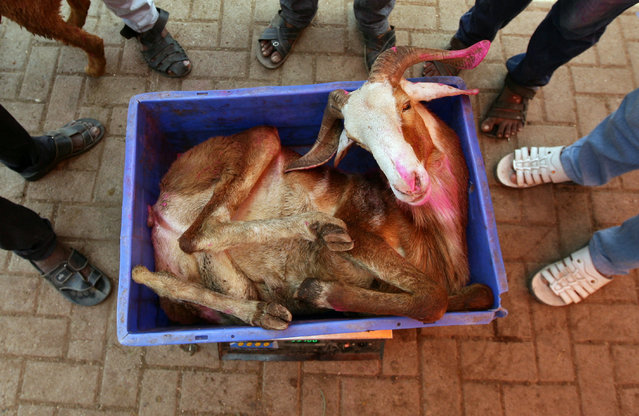 Traders stands next to a goat for sale that is being weighed inside a livestock market on the eve of the Muslim festival of Eid al-Adha in Chennai, India on August 21, 2018. (Photo by P. Ravikumar/Reuters) 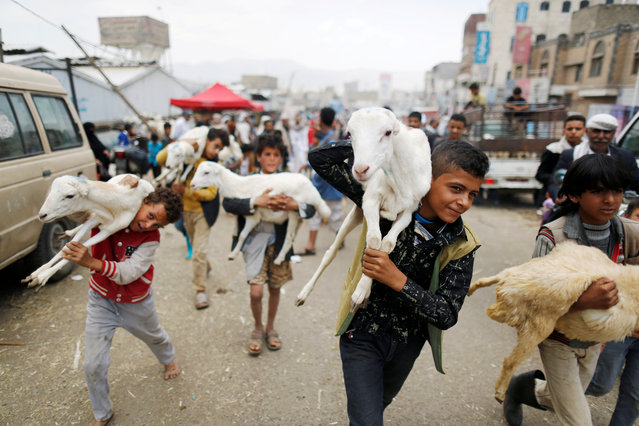 Boys carry goats at a livestock market where people buy sacrificial animals ahead of the Eid al-Adha celebrations in Sanaa, Yemen August 18, 2018. (Photo by Khaled Abdullah/Reuters) 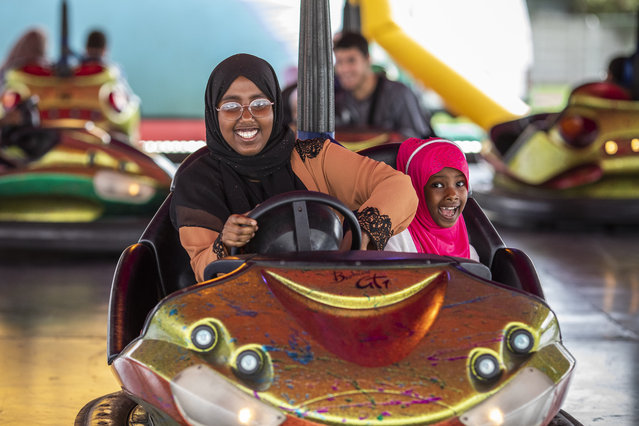 Salma Sulayman, 13, and sister Saabrin Sulayman, 7 enjoy a ride on the dodgems during an Eid in the Park celebration marking Eid Al-Adha at the New River Sports ground in Wood Green on August 21, 2018 in London, England. The traditional four-day celebratory festival marks one of the holiest days in the Islamic religious calendar. (Photo by Dan Kitwood/Getty Images) 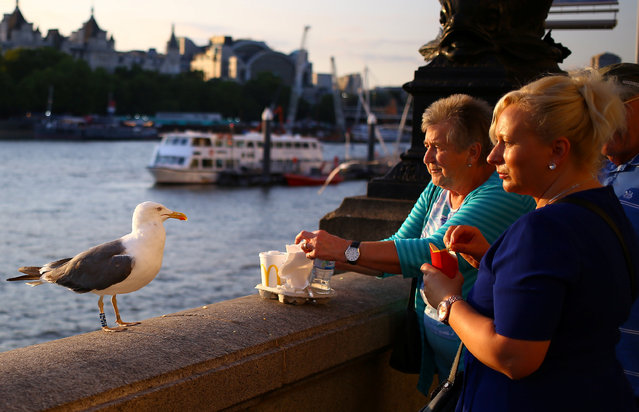 A gull waits to be fed by tourists on the banks of the River Thames in London, Britain on August 21, 2018. (Photo by Phil Noble/Reuters) 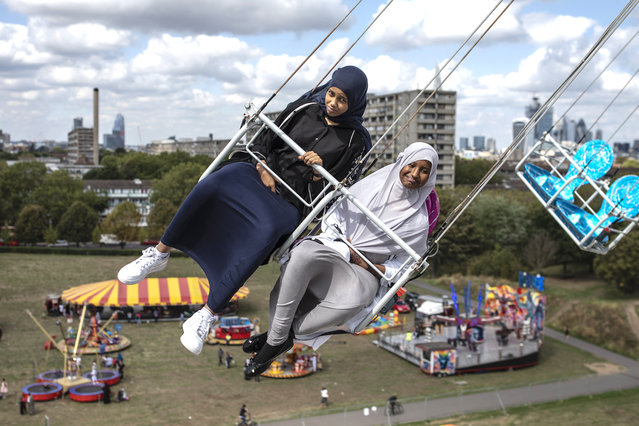 Children enjoy a ride during an Eid in the Park celebration marking the start of Eid Al-Adha at Burgess Park on August 21, 2018 in London, England. The traditional four-day celebratory festival marks one of the holiest days in the Islamic religious calendar. (Photo by Dan Kitwood/Getty Images) 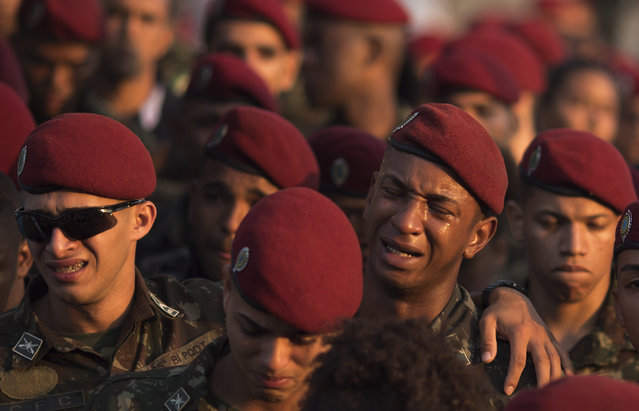 Soldiers cry as they leave the cemetery after attending the burial of soldier Joao Viktor da Silva in Japeri, Brazil, Tuesday, August 21, 2018. Da Silva died during shootouts with military personnel and police in greater Rio de Janeiro on Monday as violence erupted in several areas of the city. (Photo by Leo Correa/AP Photo) 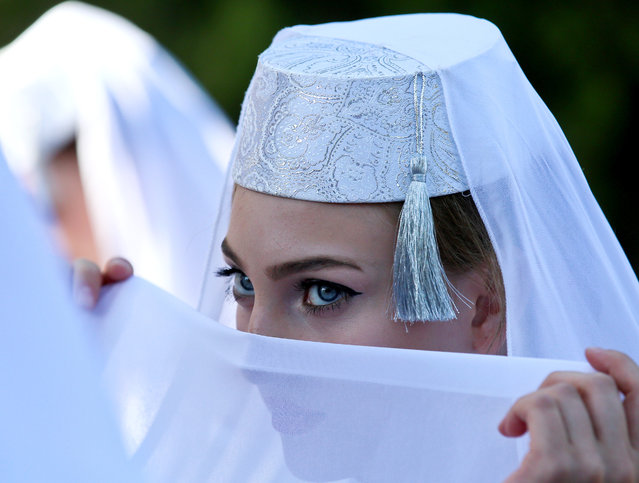 A girl during celebrations of Eid al- Adha, also known as the Feast of the Sacrifice, in Trenyov Park, Simferopol, Crimea on August 21, 2018. (Photo by Sergei Malgavko/TASS) 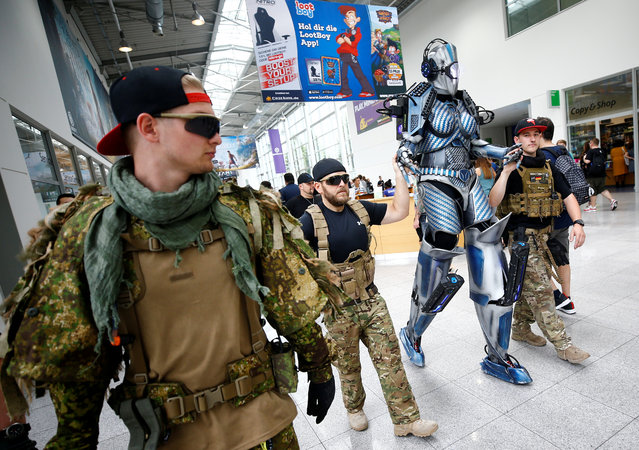 Cosplayers are seen during the media day of the world's largest computer games fair Gamescom in Cologne, Germany, August 21, 2018. (Photo by Wolfgang Rattay/Reuters) 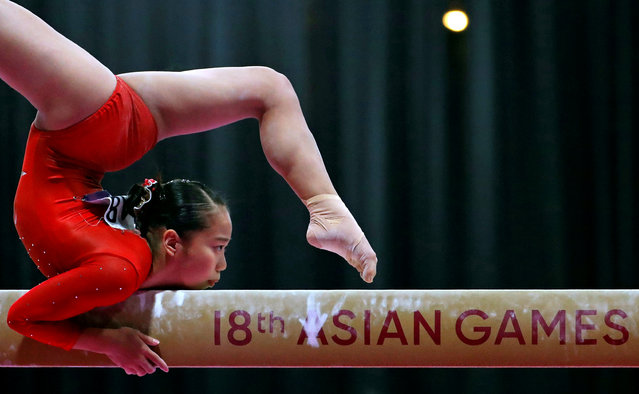 Japan' s Soyoka Hanawa competes on the balance beam during the women' s all- around gymnastics competition at the 18 th Asian Games in Jakarta, Indonesia, Tuesday, August 21, 2018. (Photo by Cathal Mcnaughton/Reuters) 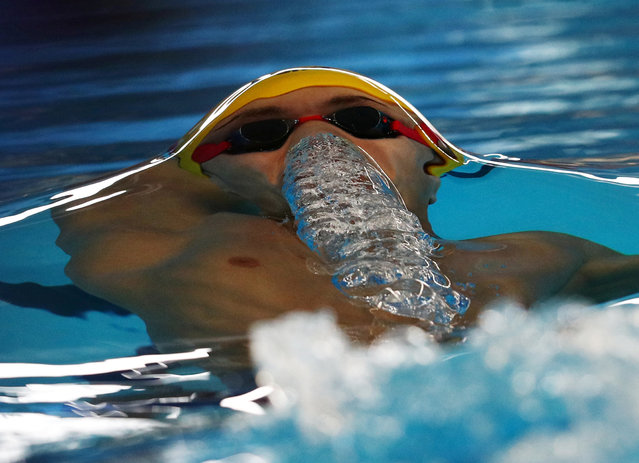 China' s Xu Jiayu competes in a heat of the men' s 50 m backstroke swimming event during the 2018 Asian Games in Jakarta on August 20, 2018. (Photo by Athit Perawongmetha/Reuters) 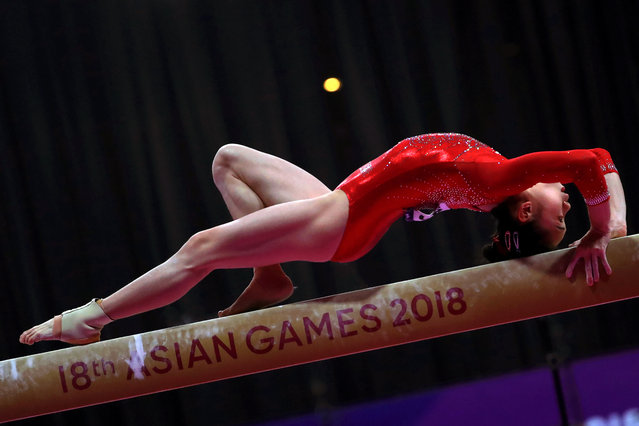 Tingting Liu of China performs on the Balance Beam during the women's Gymnastics qualification round at the Asian Games 2018 in Jakarta, Indonesia, 21 August 2018. (Photo by Mast Irham/EPA/EFE) 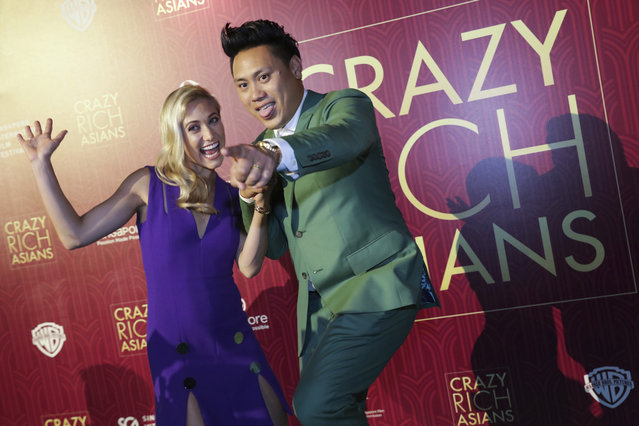 Director John Chu and his wife Kristin Hodge pose for photographers as they arrive for the red carpet screening of the movie “Crazy Rich Asians” on Tuesday, August 21, 2018, in Singapore. (Photo by Don Wong/AP Photo) 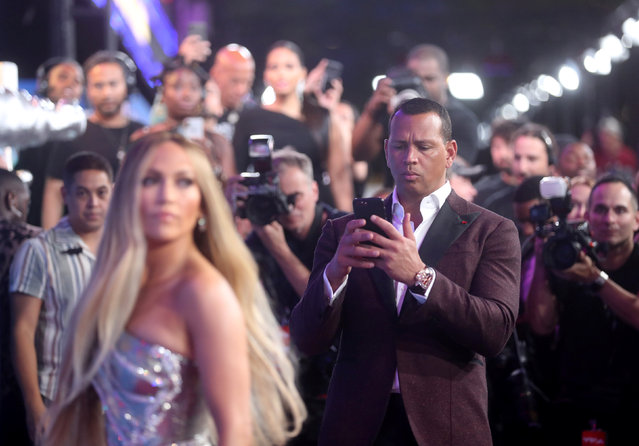 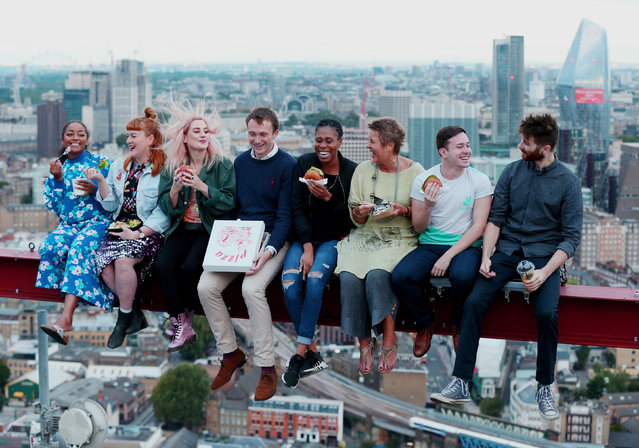 Winners of a competition enjoy a meal 450ft up on the roof of a central London skyscraper on August 21, 2018, as Deliveroo recreates “Lunch Atop a Skyscraper”, the photograph taken during the construction of the Rockefeller Center in New York City, 1932. (Photo by Jonathan Brady/PA Images via Getty Images)
Edit Del
22 Aug 2018 08:18:00, post received 0 comments
Publication archive:
←   →
Popular tags:
All tags
Last searches: