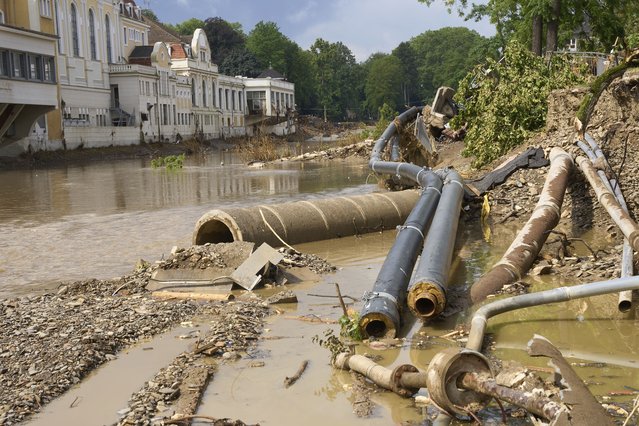 Washed away supply lines lies on the bank of the river Ahr in front of the Kurhaus in Bad Neuenahr-Ahrweiler, Germany, Monday, August 2, 2021. The flood destroyed large parts of the infrastructure in the Ahr valley. Two and a half weeks after the flood disaster, the clean-up work is in full swing. (Photo by Thomas Frey/dpa via AP Photo 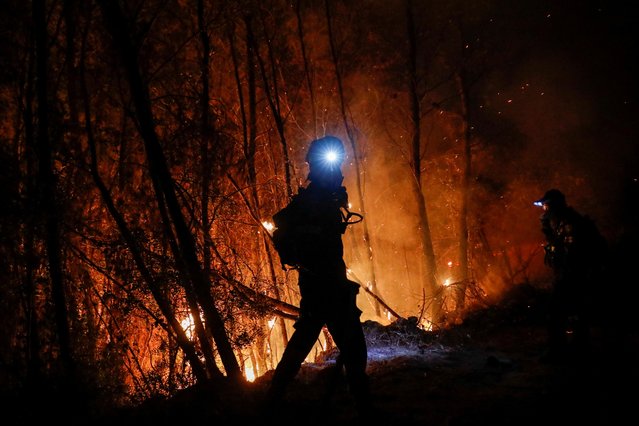 A firefighter is silhouetted as he tries to extinguish a wildfire burning near the village of Ziria, near Patras, Greece, August 1, 2021. (Photo by Costas Baltas/Reuters) 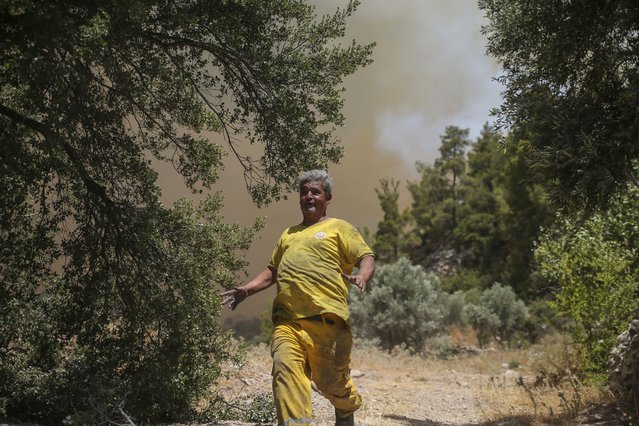 A man runs away from an advancing fire in Cokertme village, in Bodrum, Mugla, Turkey, Monday, August 2, 2021. For the sixth straight day, Turkish firefighters were battling Monday to control the blazes tearing through forests near Turkey's beach destinations. Fed by strong winds and scorching temperatures, the fires that began Wednesday have left eight people dead and forced residents and tourists to flee vacation resorts in a flotilla of small boats. (Photo by Emre Tazegul/AP Photo) 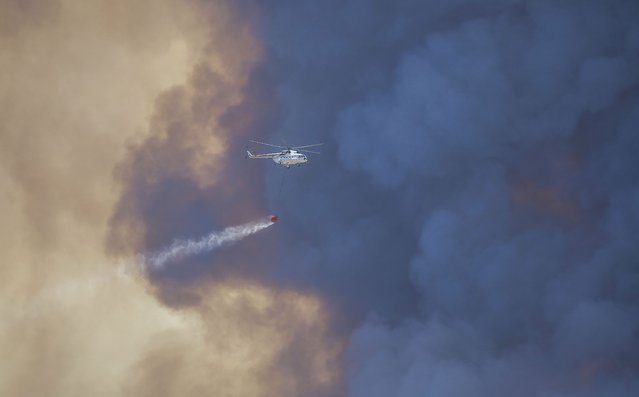 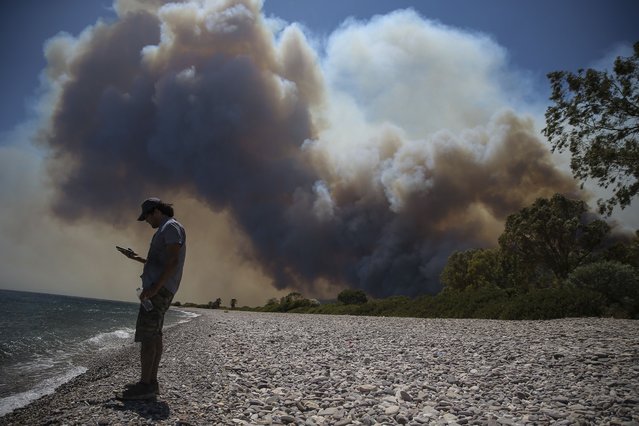 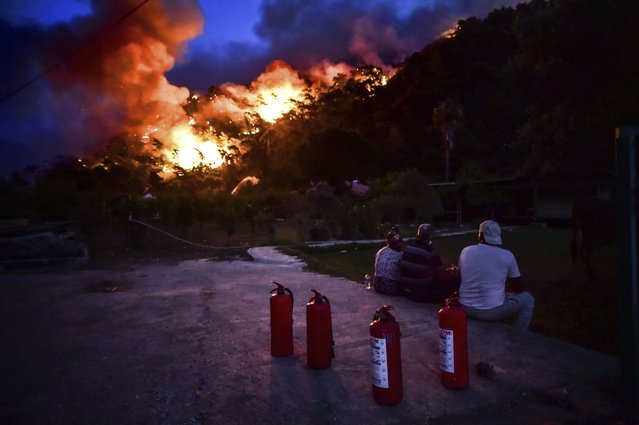 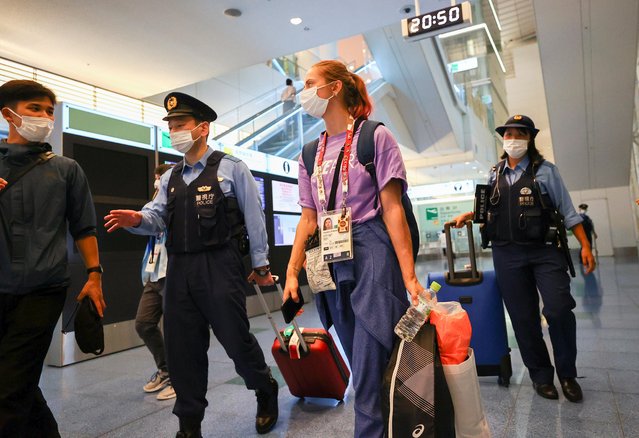 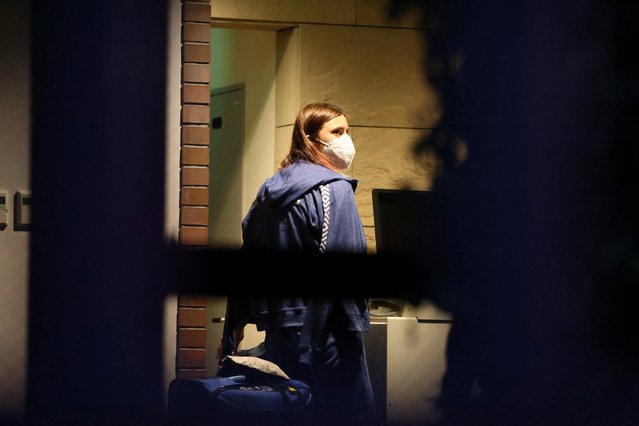 Belarus athlete Krystsina Tsimanouskaya, who claimed her team tried to force her to leave Japan following a row during the Tokyo 2020 Olympic Games, walks with her luggage inside the Polish embassy in Tokyo on August 2, 2021. (Photo by Yuki Iwamura/AFP Photo) 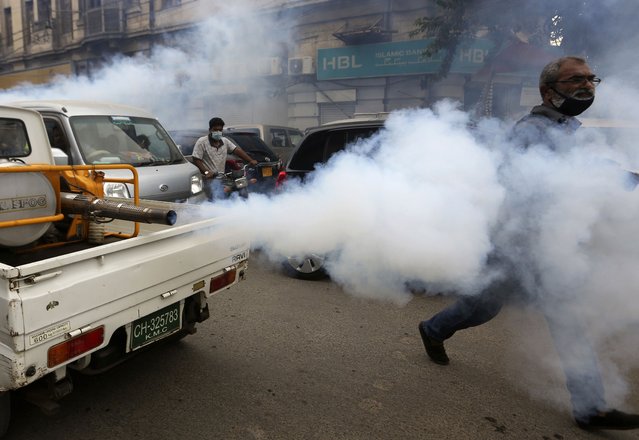 Volunteers on a vehicle spray to disinfect market area in an effort to contain the outbreak of the coronavirus, in Karachi, Pakistan, Monday, August 2, 2021. (Photo by Fareed Khan/AP Photo) 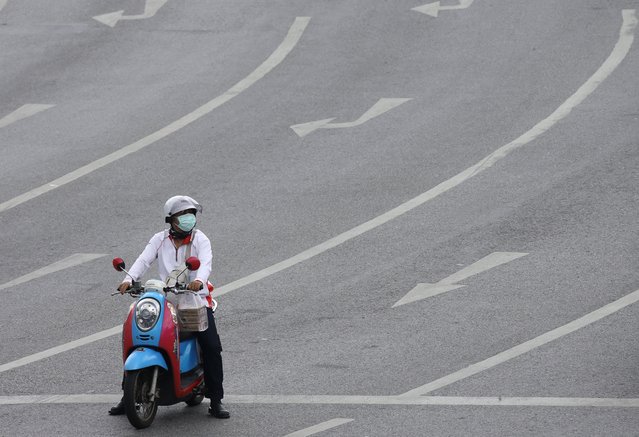 A person on a motorcycle stops at a red light in a nearly empty road in Bangkok, Thailand, 02 August 2021. The Thai government has imposed for 14 days, effective from 03 August 2021, a strict lockdown and curfew from 9pm to 4am in 29 provinces, including the capital Bangkok, as well as the tightening of health measures in a bid to curb the spread of COVID-19 infections. (Photo by Narong Sangnak/EPA/EFE) 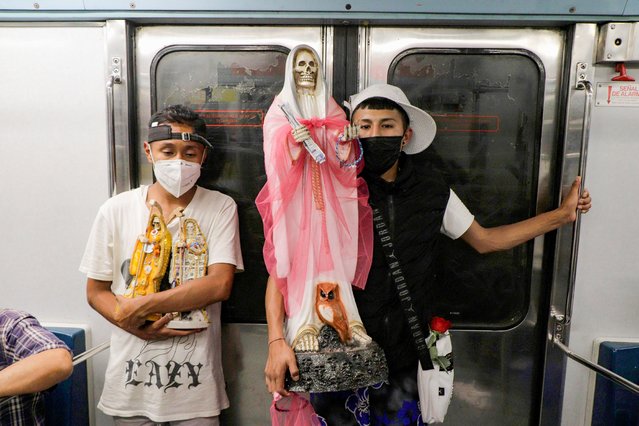 Two young men carry a figure of Santa Muerte inside a Mexico City metro carriage on August 1, 2021 during the COVID-19 health emergency in Mexico and the orange epidemiological traffic light in the capital. (Photo by Gerardo Vieyra/NurPhoto/Rex Features/Shutterstock) 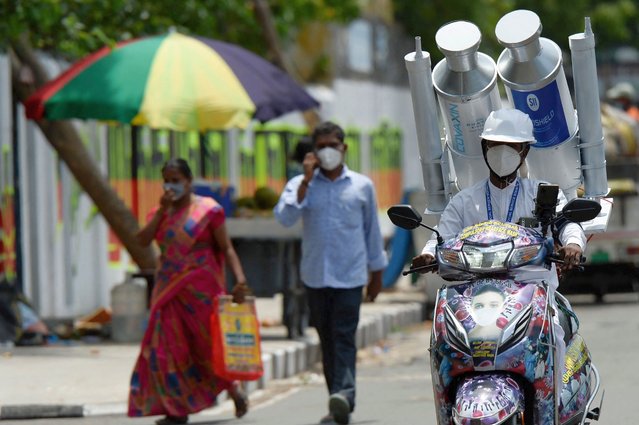 A volunteer rides along a road with a mock Covishield and Covaxin vaccine vials on the back of his scooter during a Covid-19 coronavirus vaccination awareness campaign, in Chennai, India on August 2, 2021. (Photo by Arun Sankar/AFP Photo) 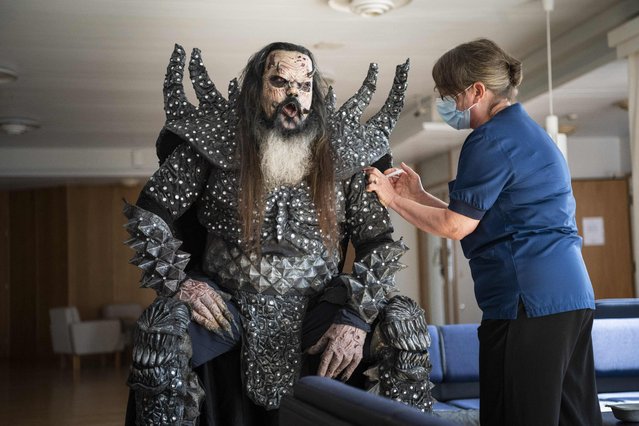 Mr Lordi aka Tomi Petteri Putaansuu of the Finnish hard rock band Lordi gets the second jab of his Covid-19 vaccination from nurse Paula Ylitalo (R) in Rovaniemi, Finland, on August 1, 2021, amid the novel coronavirus / COVID-19 pandemic. (Photo by Jouni Porsanger/Lehtikuva/AFP Photo) 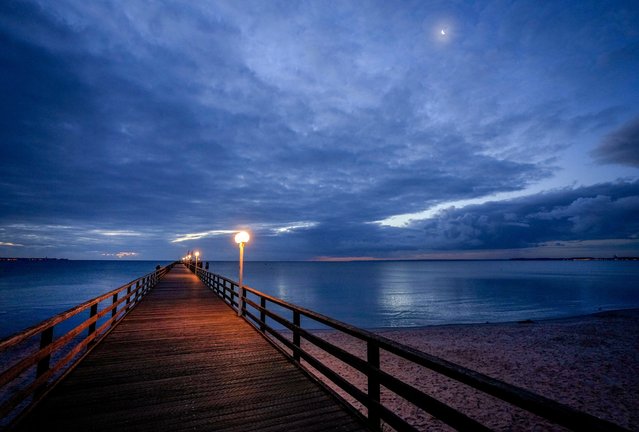