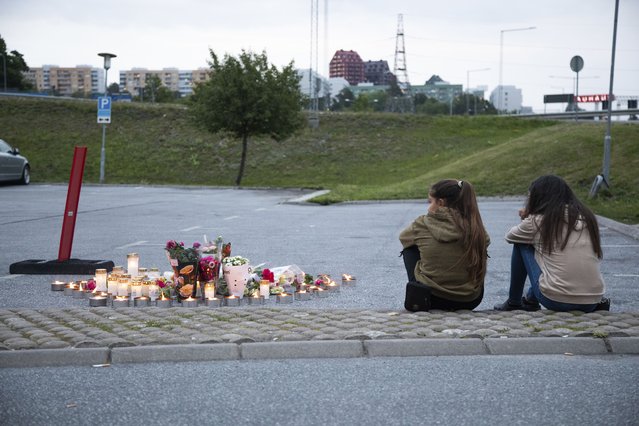 Flowers and candles are placed Sunday August 2, 2020 near where a twelve-year-old girl was shot and killed near a petrol station in Botkyrka, south of Stockholm, Sweden. (Photo by Ali Lorestani/TT via AP Photo) 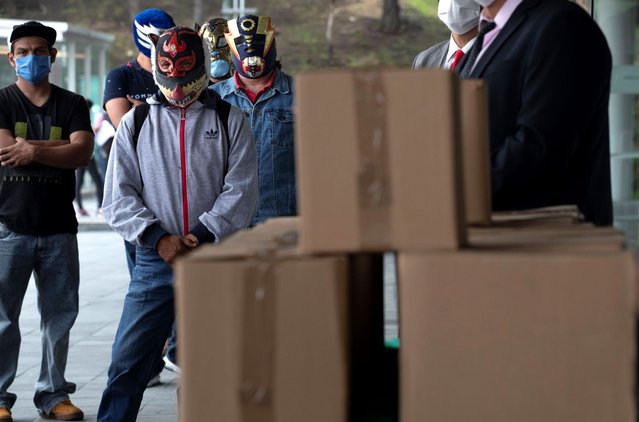 Mexican “Lucha Libre” wrestlers line up for a handout of food and groceries donated by a local supermarket in Mexico City, Monday, August 3, 2020. The wrestlers have not been able to work for months because of the COVID-19 pandemic that has closed down the venues where they perform. (Photo by Marco Ugarte/AP Photo) 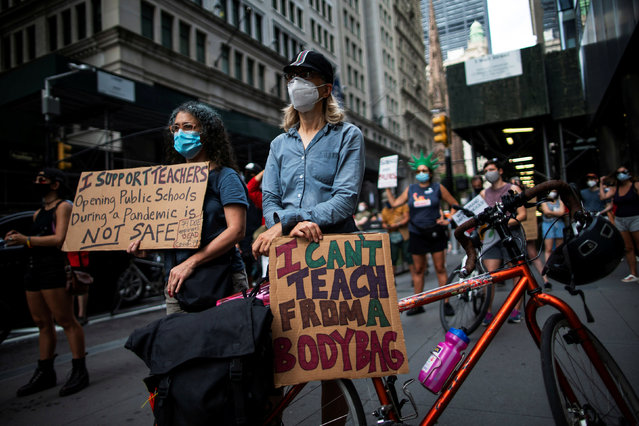 People take part in a march and rally during the National Day of Resistance to schools re-opening amid the outbreak of the coronavirus disease (COVID-19), in New York City, U.S., August 3, 2020. (Photo by Eduardo Munoz/Reuters) 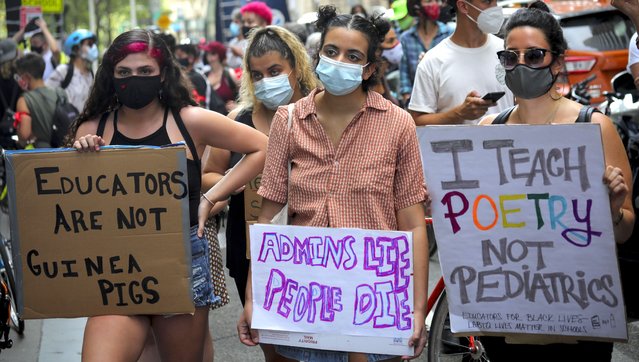 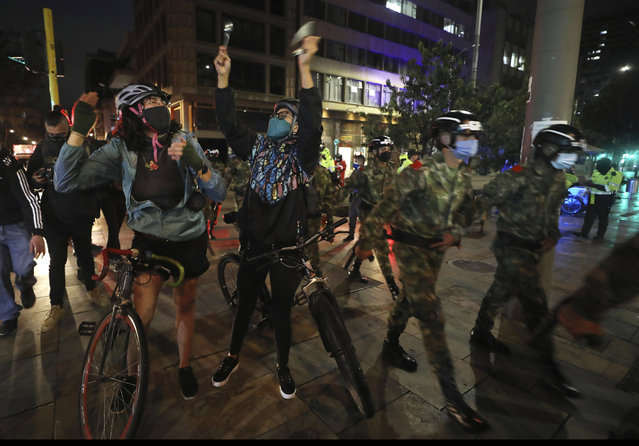 Opponents of former President Alvaro Uribe celebrate in downtown Bogota, Colombia, Tuesday, August 4, 2020. Uribe will not be allowed to remain at liberty while the Supreme Court investigates allegations of witness tampering against him, current President Ivan Duque said in in a video address Tuesday after the former president said on Twitter he was being deprived of his freedom. (Photo by Fernando Vergara/AP Photo) 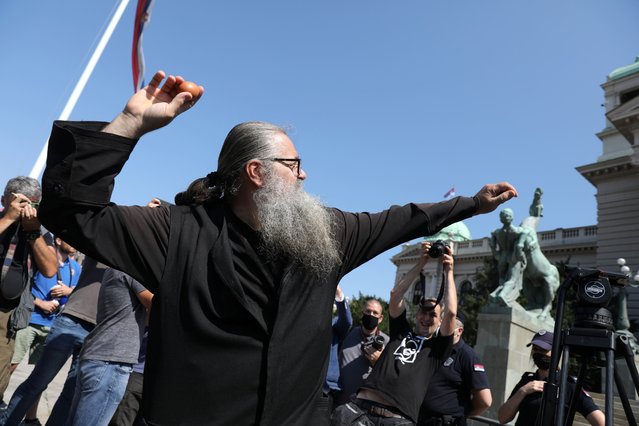 A protester throws an egg towards the Serbian parliament during an anti-government rally, as deputies attend the first session of the National Assembly after June's national election, amid the spread of the coronavirus disease (COVID-19) in Belgrade, Serbia, August 3, 2020. (Photo by Djordje Kojadinovic/Reuters) 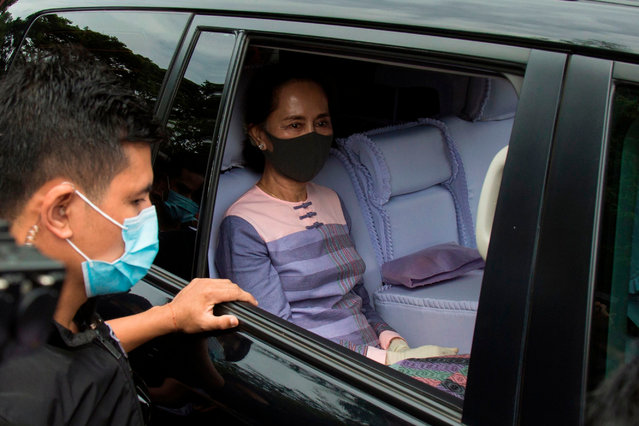 Myanmar state counsellor Aung San Suu Kyi looks out from a vehicle as she leaves the Yangon southern district court after she submitted her application to run as a candidate in the upcoming 2020 general election in Yangon on August 4, 2020. Myanmar will hold its next general election on November 8, in a test for the country's fledgling democratic government led by Aung San Suu Kyi. (Photo by Sai Aung Main/AFP) 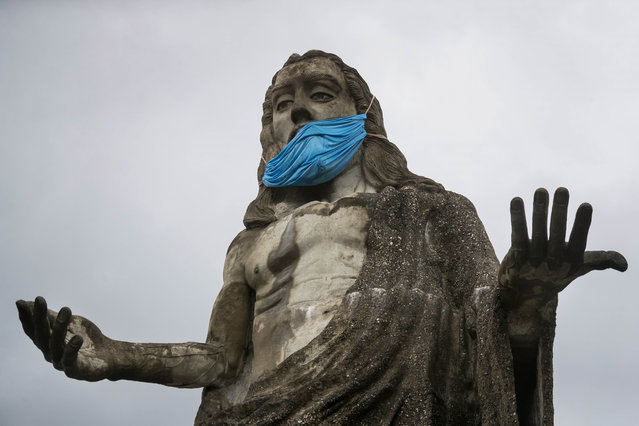 A view of a statue of Jesus Christ adorned with a mask to raise awareness for its use in the midst of the ongoing coronavirus pa​ndemic, in the Petare sector, Caracas, Venezuela, 03 August 2020. (Photo by Miguel Gutierrez/Reuters) 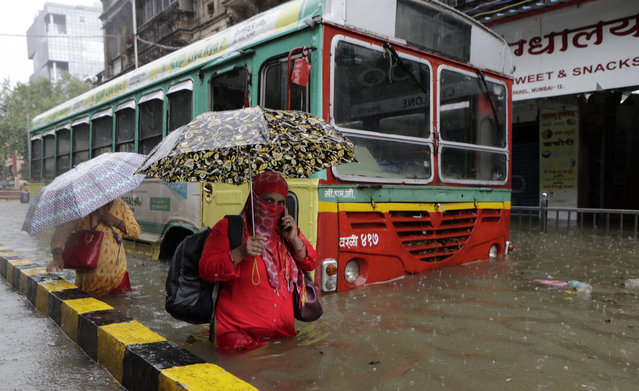 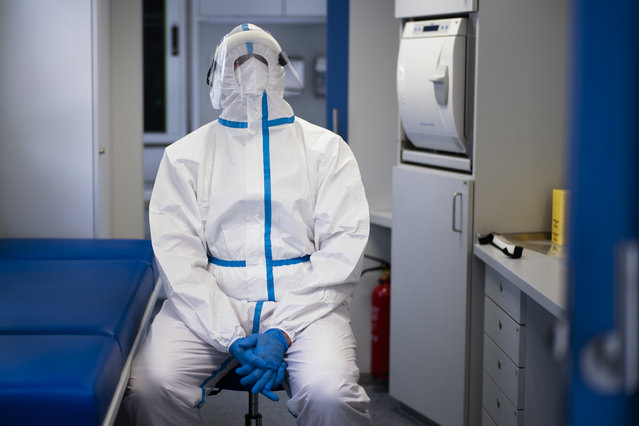 A volunteer of German Red Cross DRK wears protective gear as he waits in a mobile coronavirus test station for travellers from foreign countries, at the central bus terminal in Berlin, Germany, Tuesday, August 4, 2020. (Photo by Markus Schreiber/AP Photo) 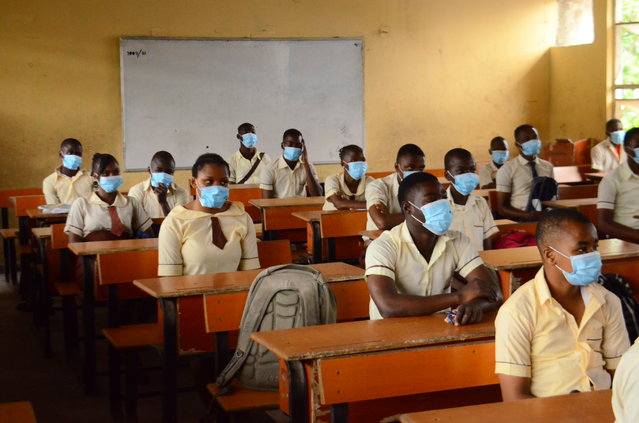 High School female students wears a face mask while they reads in a classroom at Ireti Junior Grammar Schol, Ikoyi, Lagos on August 3, 2020 on the first day after resumption of classes after the COVID-19 coronavirus lockdown. (Photo by Olukayode Jaiyeola/NurPhoto via Getty Images) 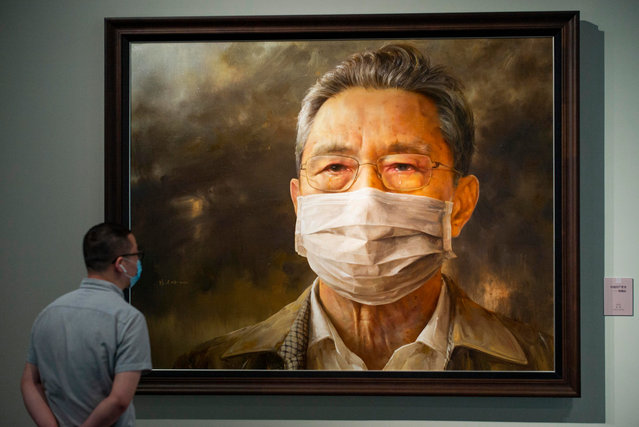 A visitor looks at a portrait painting depicting Chinese respiratory specialist Zhong Nanshan during an art exhibition on novel coronavirus prevention and control at National Museum of China on August 4, 2020 in Beijing, China. (Photo by Hou Yu/China News Service via Getty Images) 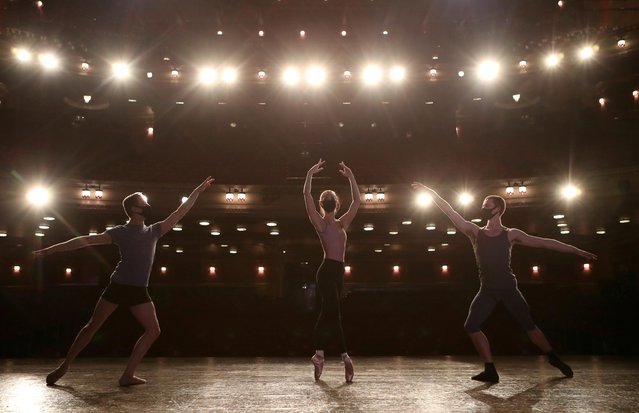 Scottish ballet dancers Sophie Martin, Barnaby Rook Bishop and Thomas Edwards perform at the Edinburgh Festival theatre after the Edinburgh International Festival has been cancelled and turned into a digital event due to the coronavirus, in Edinburgh, Britain on August 3, 2020. (Photo by Russell Cheyne/Reuters) 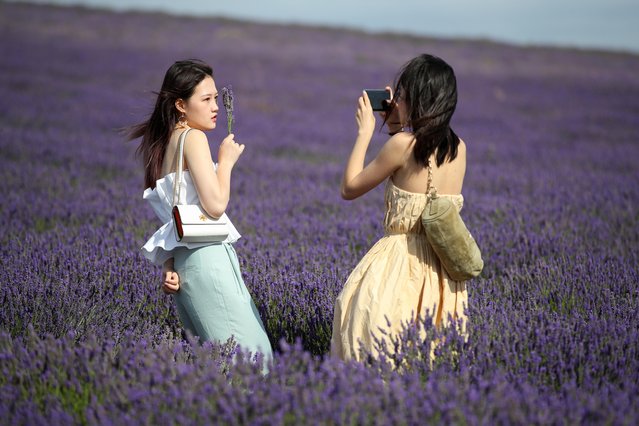