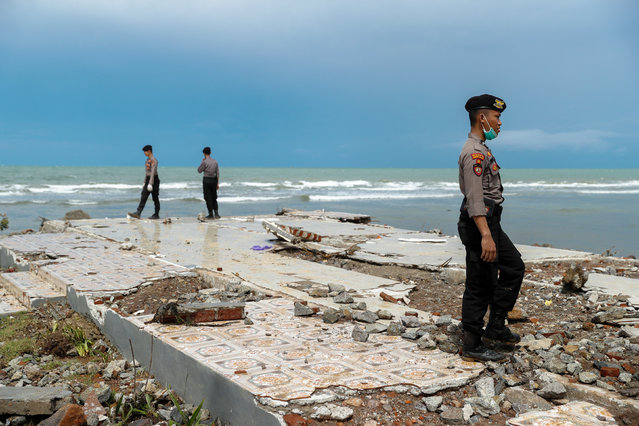 Police officers search for victims among rubble of a destroyed beach front hotel which was hit by a tsunami in Pandeglang, Banten province, Indonesia, December 24, 2018. (Photo by Jorge Silva/Reuters) 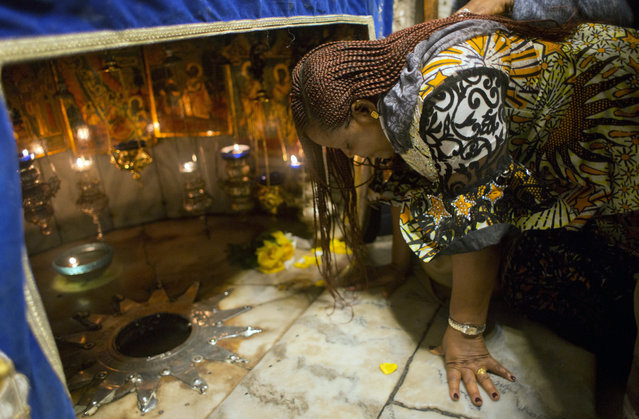 A Christian worshipper prays at the Grotto, under the Church of the Nativity, traditionally recognized by Christians to be the birthplace of Jesus Christ, in the West Bank city of Bethlehem, Sunday, December 23, 2018. Christians around the world will celebrate Christmas on Monday. (Photo by Nasser Nasser/AP Photo) 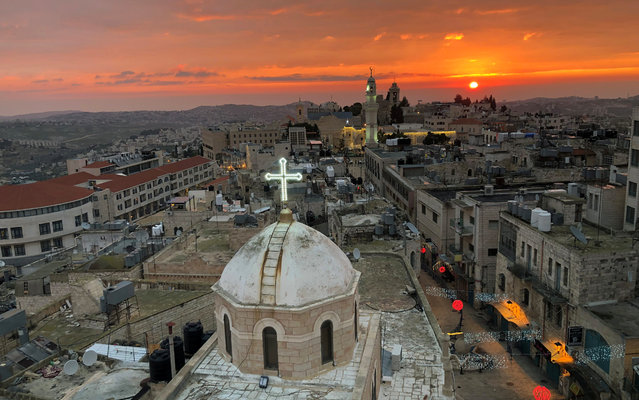 A view shows the dome of the Assyrian church facing a mosque minaret at Manger Square where the Church of the Nativity is located, in Bethlehem in the Israeli-occupied West Bank on December 24, 2018. (Photo by Mustafa Ganeyeh/Reuters) 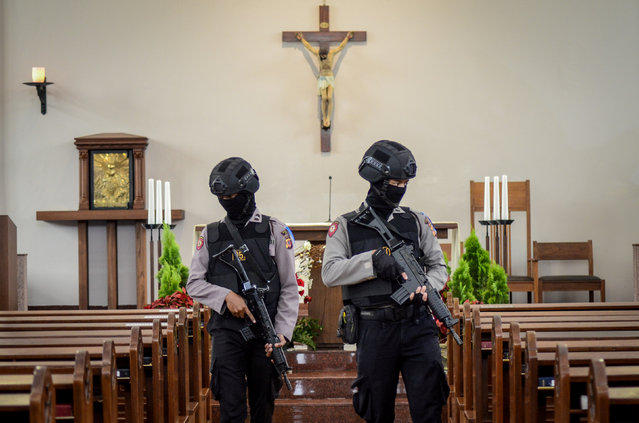 Policemen walk as they check inside Ignatius Church ahead of Christmas celebration in Cimahi, West Java province, Indonesia, December 24, 2018 in this photo taken by Antara Foto. (Photo by Raisan Al Farisi/Antara Foto via Reuters) 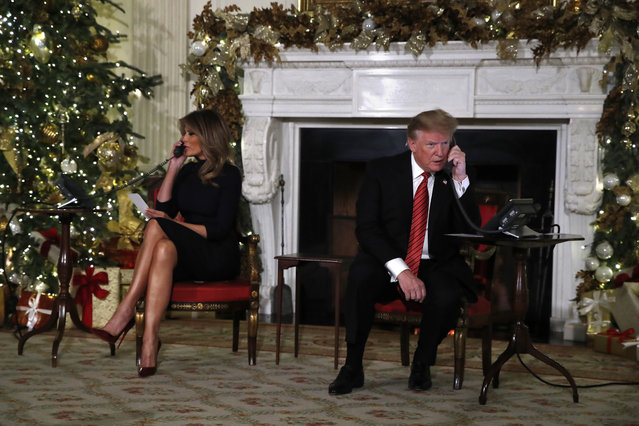 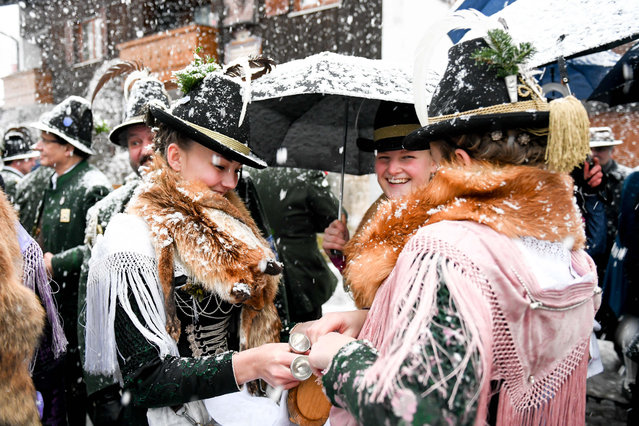 Marketers take part in a snowfall memorial service in Waakirchen, Bavaria on 24 December 2018 for the victims of the “Sendlinger Mordweihnacht”. With a memorial service and a laying of a wreath, the participants commemorate the revolt of the Bavarian population against the Habsburg occupation, which was bloodily suppressed on Christmas Day 1705. (Photo by Tobias Hase/DPA/Alamy Live News) 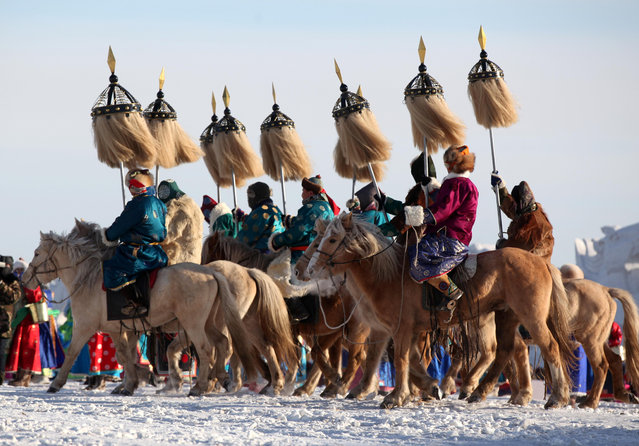 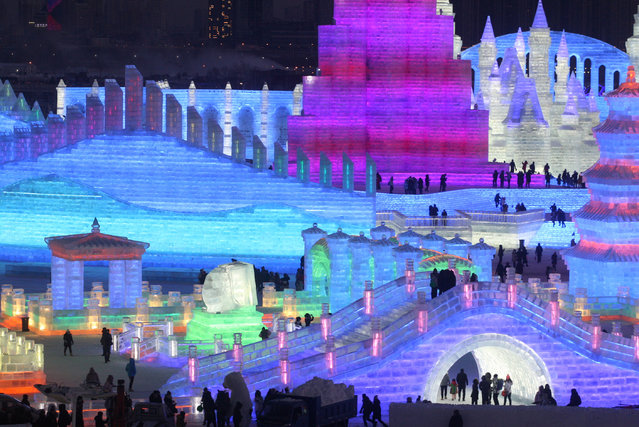 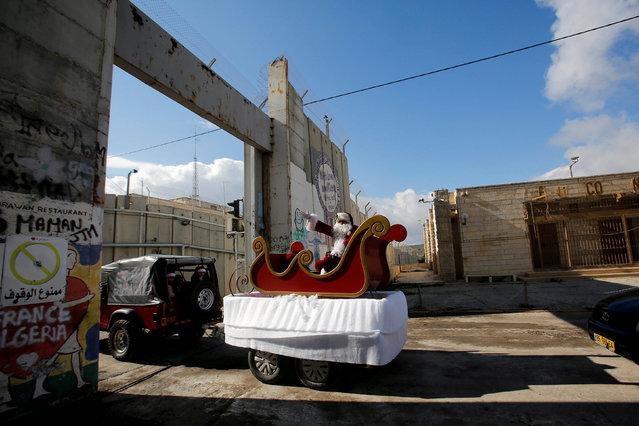 A man dressed as Santa Claus gestures as the convoy of the acting Latin Patriarch of Jerusalem Pierbattista Pizzaballa arrives through an Israeli checkpoint to attend Christmas celebrations in Bethlehem, in the Israeli-occupied West Bank on December 24, 2018. (Photo by Mussa Qawasma/Reuters) 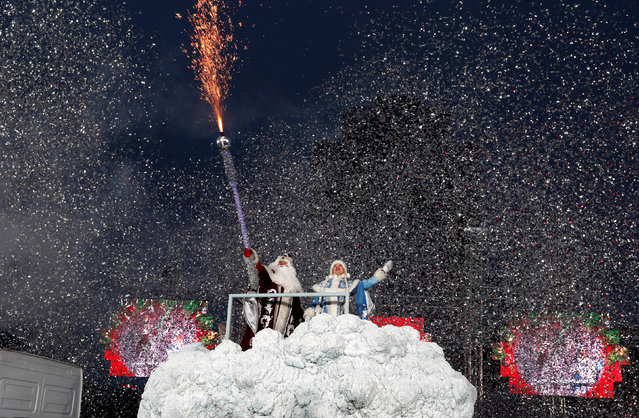 People dressed as Father Frost and Snow Maiden take part in a march on Christmas Eve in centre of Minsk, Belarus December 24, 2018. (Photo by Vasily Fedosenko/Reuters) 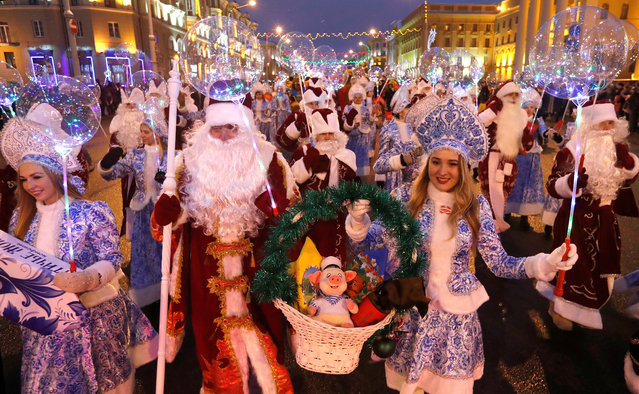 People dressed as Father Frost and Snow Maiden take part in a march on Christmas Eve in centre of Minsk, Belarus on December 24, 2018. (Photo by Vasily Fedosenko/Reuters) 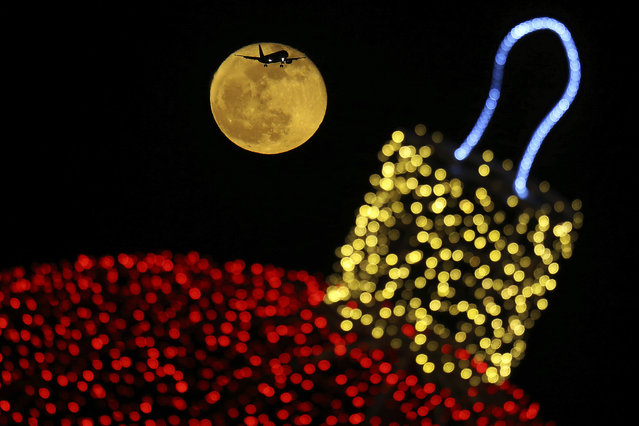 The moon shines behind a decorated with an illuminated Christmas ornament as an aircraft prepares for landing at the airport in southern coastal city of Larnaca In the eastern Mediterranean island of Cyprus, Sunday, December 23, 2018. (Photo by Petros Karadjias/AP Photo) 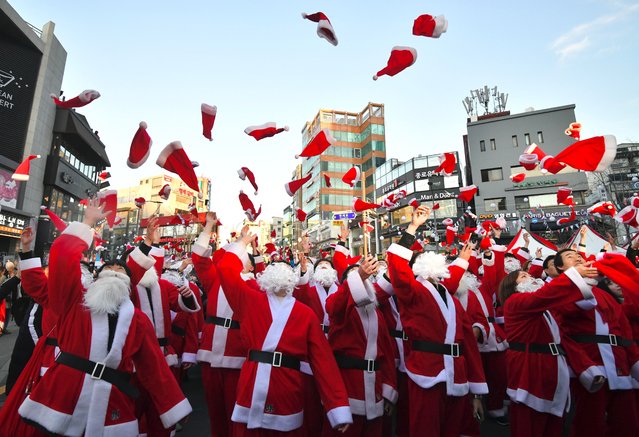 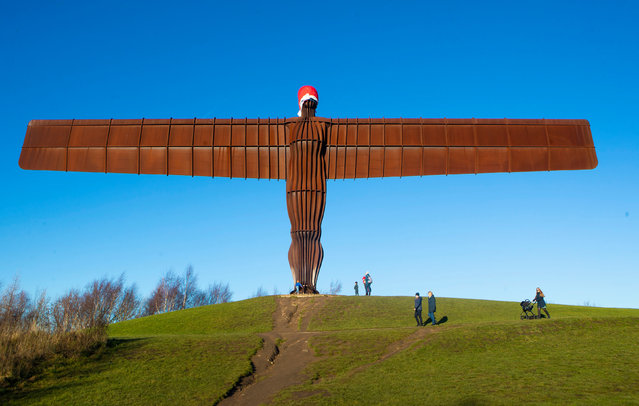 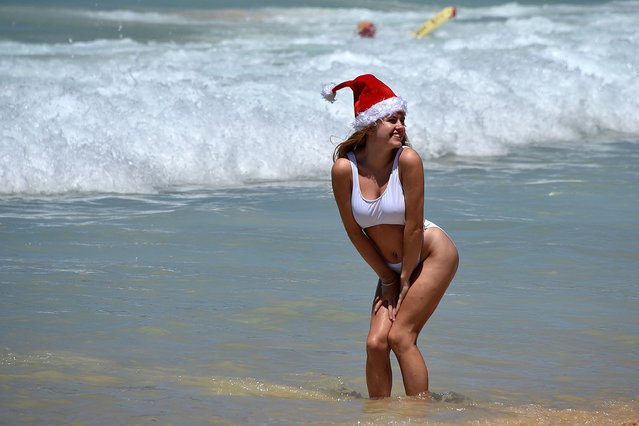