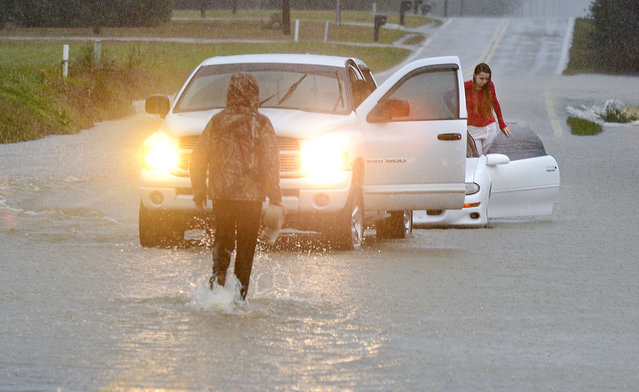 Brooke Speegle waits to be rescued after her vehicle stalled in high water on Christmas Day in Decatur, Ala., Friday, December 25, 2015. A storm pounded Tennessee and other states in the southeastern U.S. (Photo by John Godbey/The Decatur Daily via AP Photo) 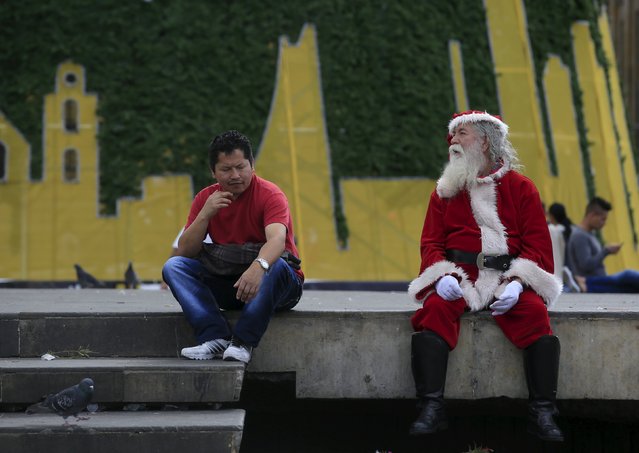 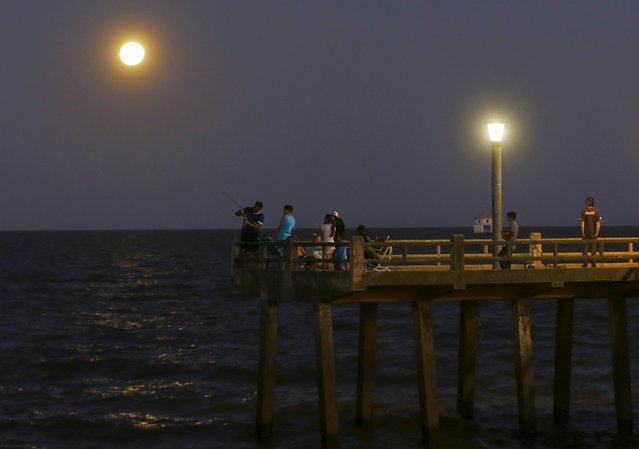 People fish in the waters of the Rio de La Plata as a full moon rises over the Buenos Aires sky December 25, 2015. Its appearance marks the first full moon to happen on Christmas day since 1977, and this phenomenon will not happen again until 2034, according to weather reports. (Photo by Enrique Marcarian/Reuters) A large screen on a building shows a propaganda image of the Chinese People's Liberation Army on a heavily polluted day in Beijing, December 26, 2015. (Photo by Kim Kyung-Hoon/Reuters) 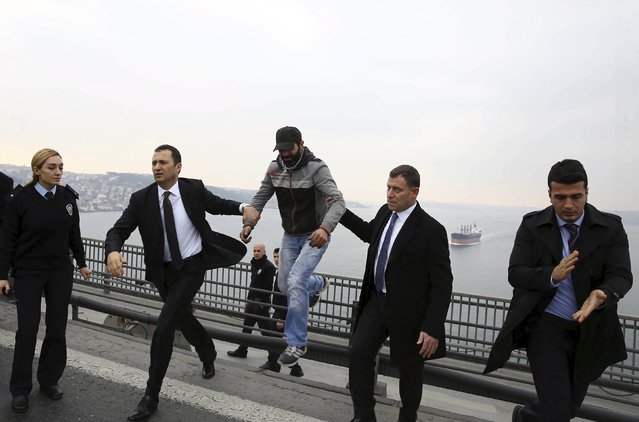 Security officers of Turkish President Tayyip Erdogan take a man, identified by Turkish media as Vezir Catras (C), who was about to jump off the Bosphorus bridge, to the presidential motorcade in Istanbul, Turkey December 25, 2015, in this handout photo provided by the Presidential Palace. According to Erdogan's press office, Erdogan prevented the man from making a suicide attempt, while passing over the bridge in his motorcade. (Photo by Yasin Bulbul/Reuters/Presidential Palace) 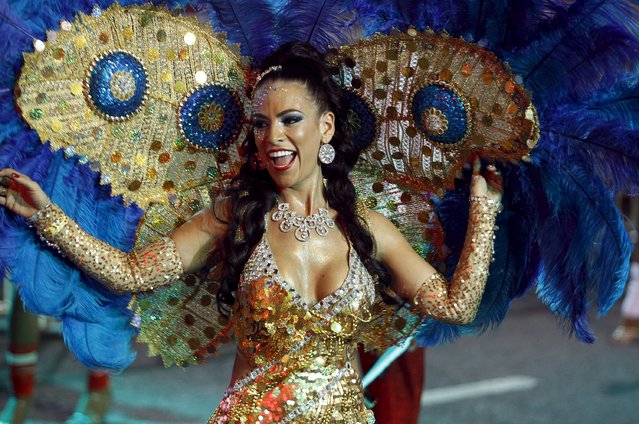 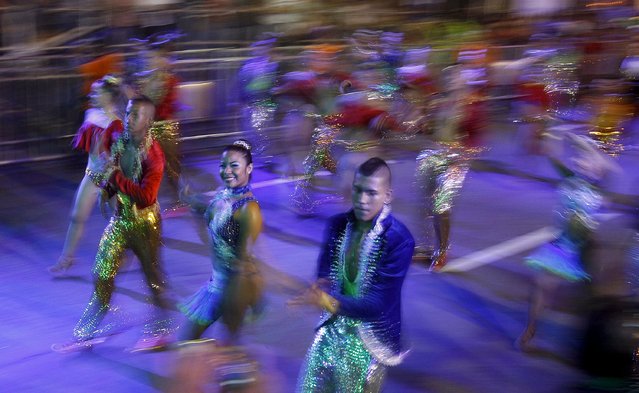 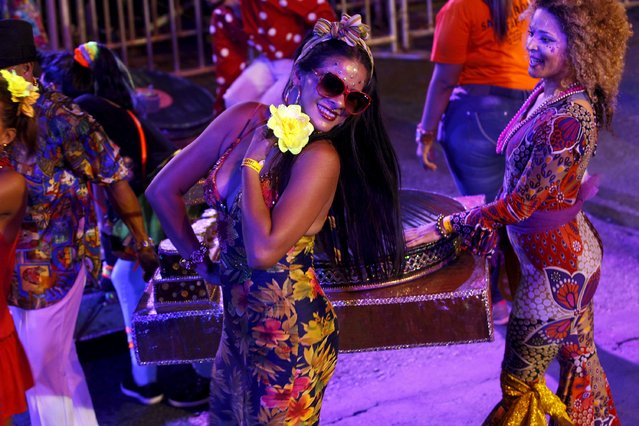 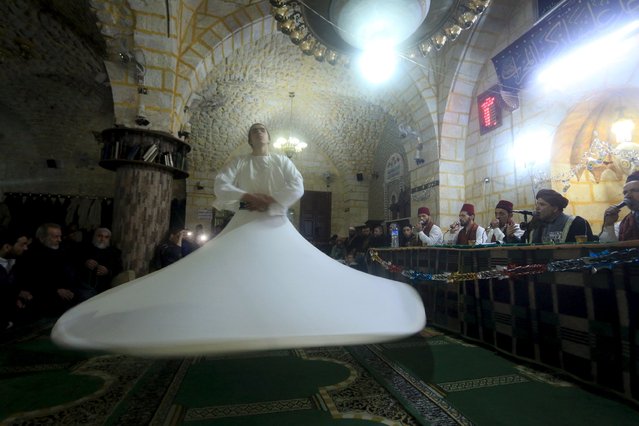 A whirling dervish performs a traditional Sufi dance on the occasion of Prophet Mohammed's birthday in Aleppo, Syria December 25, 2015. (Photo by Ammar Abdullah/Reuters) 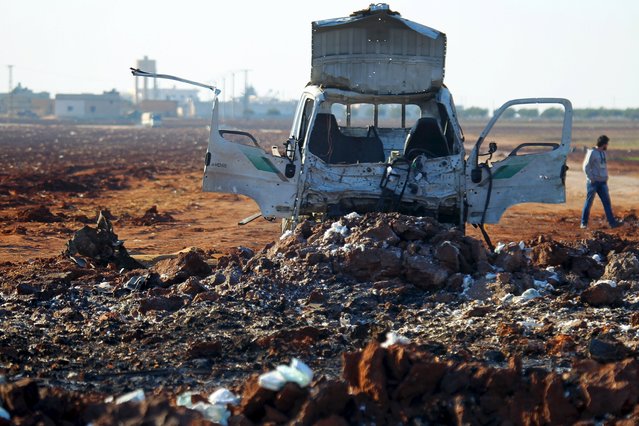 A man walks near a damaged truck at a site hit by what activists said were airstrikes carried out by the Russian air force in Karf Naseh town, Aleppo countryside, Syria December 26, 2015. This is the only road that connects Islamic State controlled lands to rebel controlled lands, activists said. (Photo by Ammar Abdullah/Reuters) 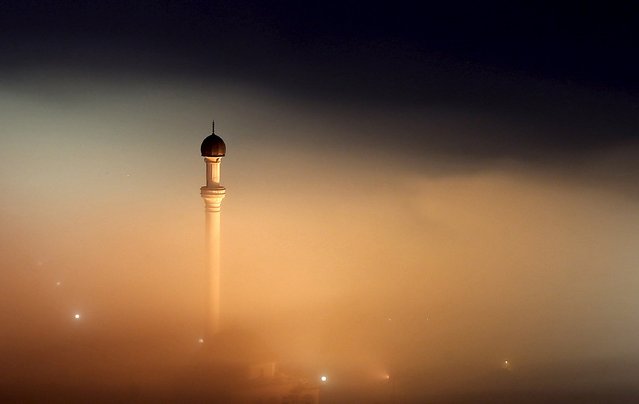 The minaret of a mosque is seen as smog blankets the village of Ponijeri, Bosnia and Herzegovina, December 26, 2015. With severe air pollution affecting the cities nestled among the mountains, the authorities have declared the first level of preparedness, advising the segment of the population that is at health risk to reduce movement in the mornings and evenings, appealing to drivers to use motor vehicles less and ordering heating utilities to lower the emission of harmful gases. (Photo by Dado Ruvic/Reuters) 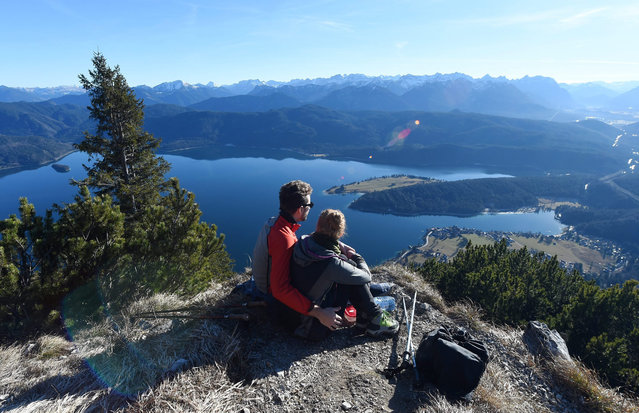 Two hikers look at the view from the top of Herzgogstand Walchensee, Germany, 26 December 2015. The warm and sunny weather attracted many mountain hikers in the Alps. (Photo by Tobias Hase/EPA) 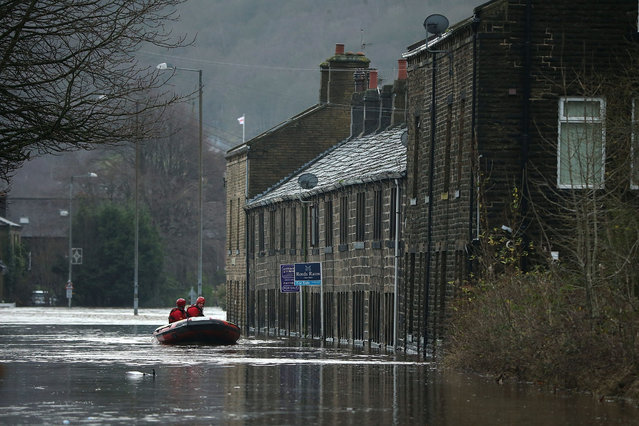 Rescue workers patrol the waters after the River Calder bursts its bank's on December 26, 2015 in Mytholmroyd, England. There are more than 200 flood warnings across Britain as home and business owners prepare for serious flooding. The army has been deployed to some villages to bolster flood defences as rain continues to fall across the north. (Photo by Christopher Furlong/Getty Images)
Edit Del
27 Dec 2015 10:02:00, post received 0 comments
Publication archive:
←   →
Popular tags:
All tags
Last searches: