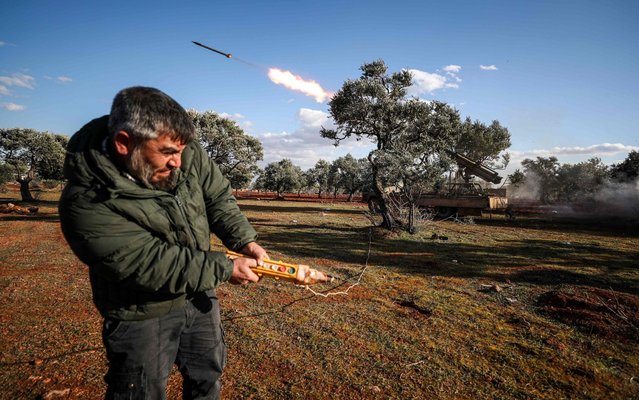 A Syrian rebel fighter remotely-fires a rocket from a truck-mounted launcher at a position in the countryside of Idlib towards regime forces positions in the southern countryside of Syria's Aleppo province on February 10, 2020. (Photo by Omar Haj Kadour/AFP Photo) 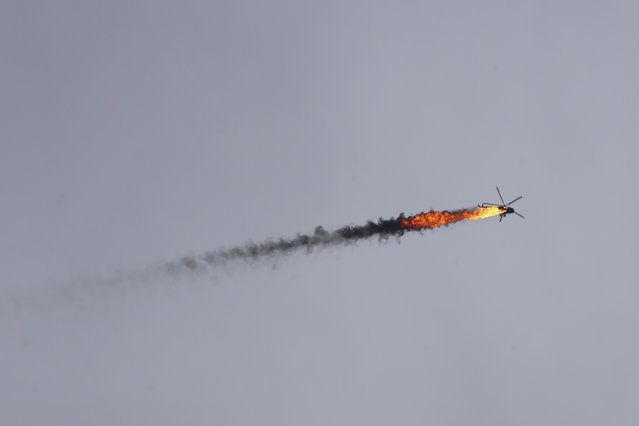 Syrian government helicopter is shot by a missile in Idlib province, Syria, Tuesday, February 11, 2020. Syrian rebels shot down a government helicopter Tuesday in the country's northwest where Syrian troops are on the offensive in the last rebel stronghold. (Photo by Ghaith Alsayed/AP Photo) 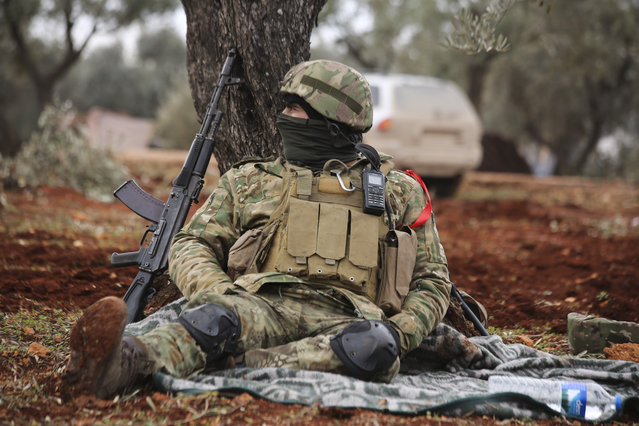 Turkish backed Syrian fighters prepare to go to frontline in Idlib province, Syria. Tuesday, February 11, 2020. The fighting on Tuesday concentrated near the village of Nairab as rebels, with the backing of Turkish artillery, tried to retake the village that they lost last week, according to opposition activists. (Photo by Ghaith Alsayed/AP Photo) 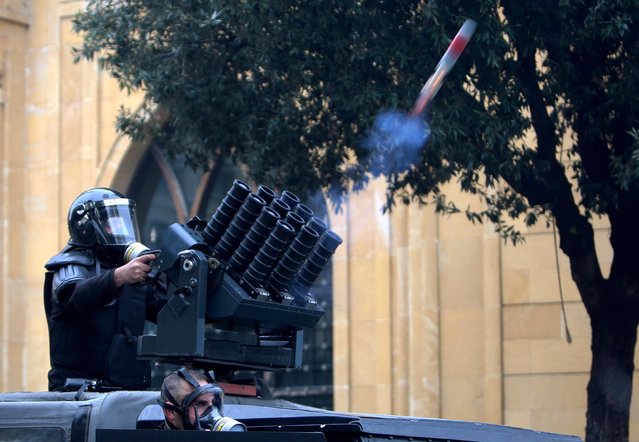 Lebanese police fires tear gas during a protest seeking to prevent MPs and government officials from reaching the parliament for a vote of confidence, in Beirut, February 11, 2020. (Photo by Aziz Taher/Reuters) 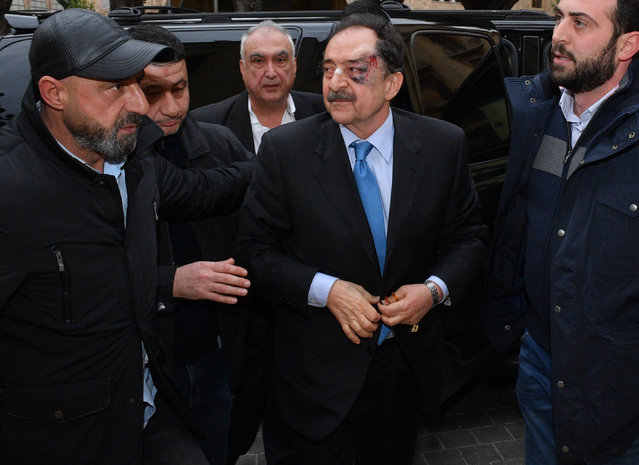 A handout picture provided by the Lebanese Parliament press office shows Lebanese MP Salim Saade arriving to attend a parliamentary session after being attacked by protesters, in the Lebanese capital Beirut on February 11, 2020. Lebanon's parliament met for a confidence vote on a new government as security forces used teargas and water cannons to disperse protesters trying to prevent a quorum. More than three months since massive protests brought down the government, demonstrators say the proposed new cabinet fails to address their demands and cannot rescue Lebanon's ailing economy. (Photo by Lebanese Parliament/AFP Photo) 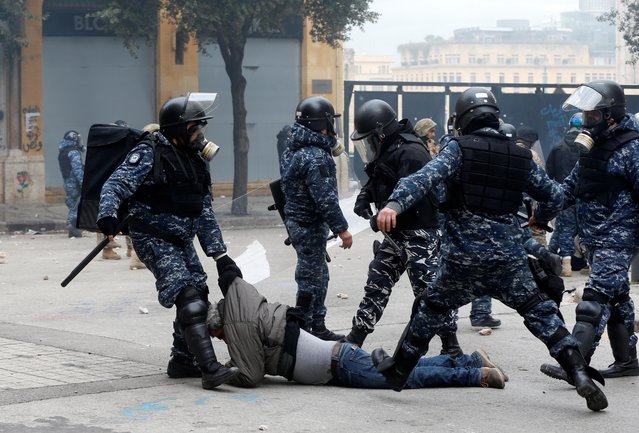 A riot police officer pulls a protestor lying on the ground during a protest seeking to prevent MPs and government officials from reaching the parliament for a vote of confidence, in Beirut, February 11, 2020. (Photo by Mohamed Azakir/Reuters) 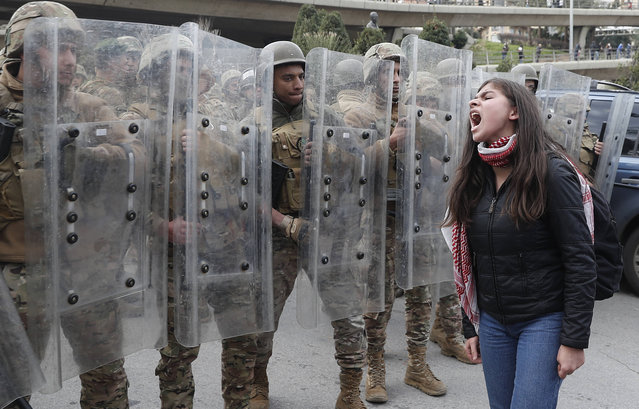 A protester shouts slogans in front of army soldiers during a protest against a parliament session vote of confidence for the new government in downtown Beirut, Lebanon, Tuesday, February 11, 2020. Clashes broke out Tuesday between Lebanese protesters and security forces near the parliament building in central Beirut, where the new Cabinet is scheduled to submit its policy statement ahead of a vote of confidence. (Photo by Hussein Malla/AP Photo) 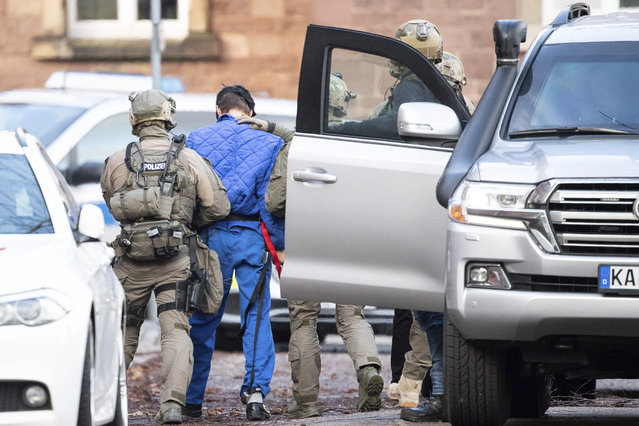 Police officers escort a s suspect after his arrival at the federal prosecutor's office in Karlsruhe Germany, Tuesday, February 11, 2020. Almost half a year after the murder of a Georgian in Berlin, the Federal Prosecutor General wants to obtain his own arrest warrant against the suspect. (Photo by Sebastian Gollnow/dpa via AP Photo) 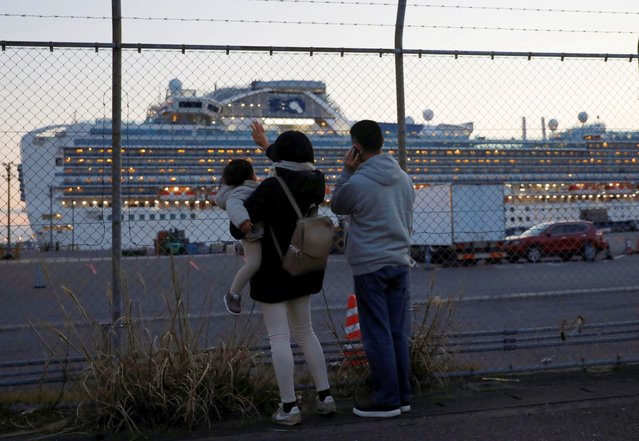 Family members of passengers onboard the cruise ship Diamond Princess, where dozens of passengers were tested positive for coronavirus, wave and talk to them on the phone at Daikoku Pier Cruise Terminal in Yokohama, Japan on February 11, 2020. Around 3,700 people are facing at least two weeks locked away on a cruise liner anchored off Japan after health officials confirmed 135 passengers on the ship had tested positive for coronavirus and more cases were possible. (Photo by Issei Kato/Reuters) 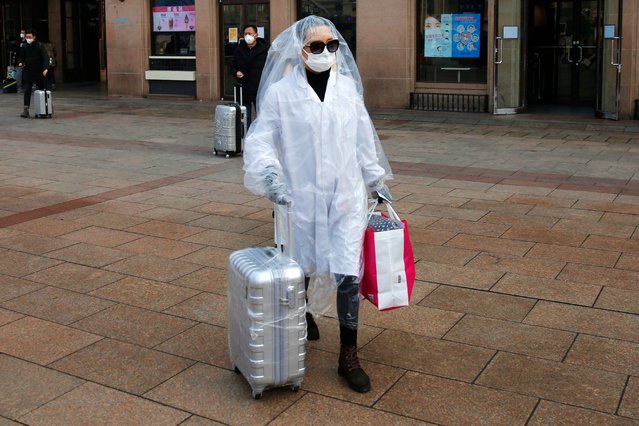 A passenger wearing protective mask and covering her body with plastic bags as protection from Coronavirus, at Beijing railway station in Beijing, China, 11 February 2020. The new study, conducted by prominent Chinese epidemiologist Zhong Nan-shan, shows the 2019 novel coronavirus (2019-nCoV) incubation period can be as long as 24 days, based on the recent analysis from about 1,000 confirmed patients in China. Media reports that the novel coronavirus (2019-nCoV), which originated in the Chinese city of Wuhan, has so far killed 1,017 people, infected 42,717 others, with 21,675 suspected cases mostly in China. (Photo by Wu Hong/EPA/EFE) 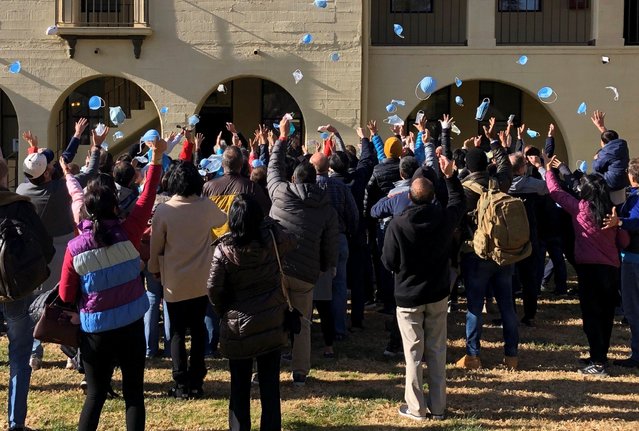 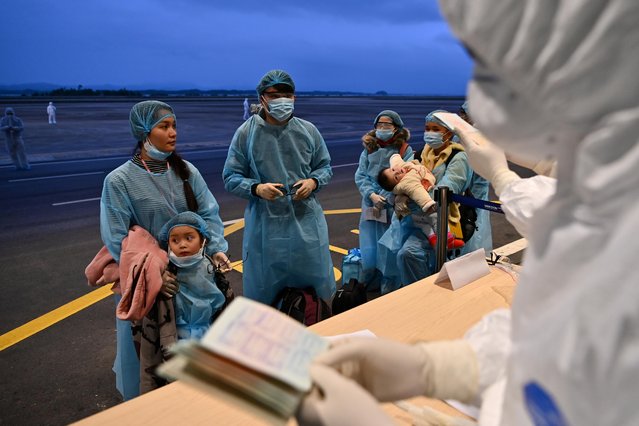 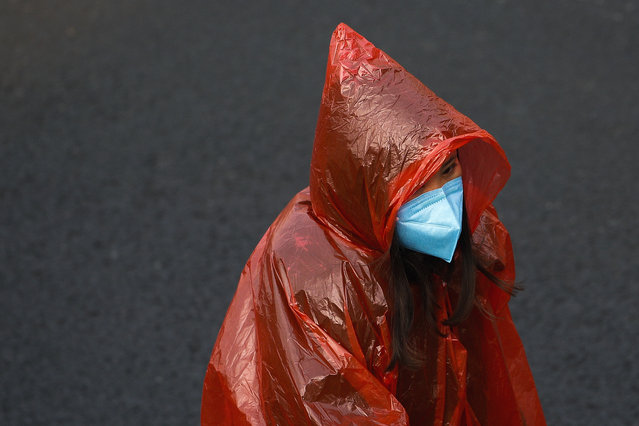 A masked woman in a plastic rain coat walks on a street in Beijing, Tuesday, February 11, 2020. China's daily death toll from a new virus topped 100 for the first time and pushed the total past 1,000 dead, authorities said Tuesday after leader Xi Jinping visited a health center to rally public morale amid little sign the contagion is abating. (Photo by Andy Wong/AP Photo) 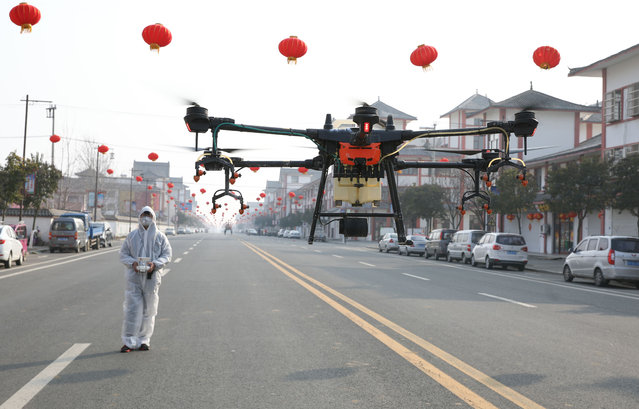 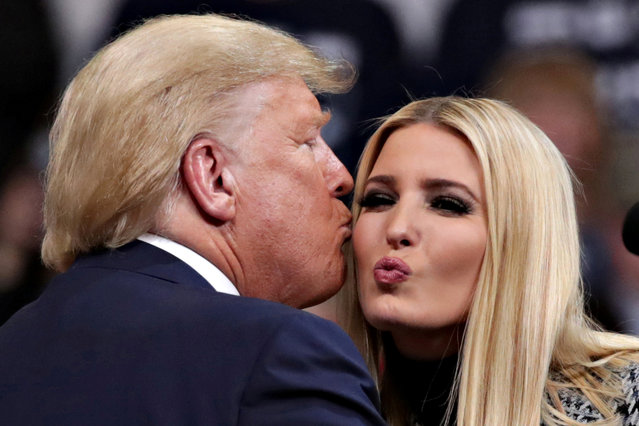 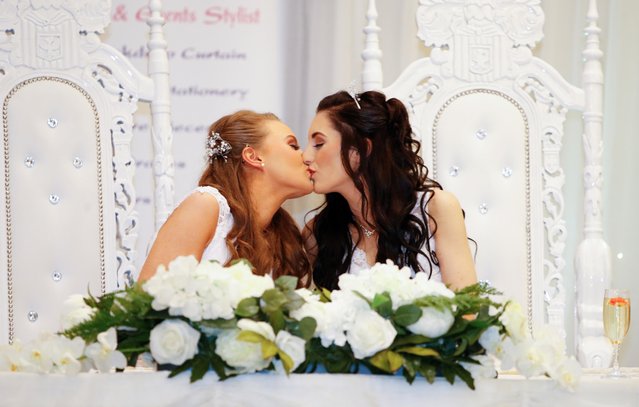