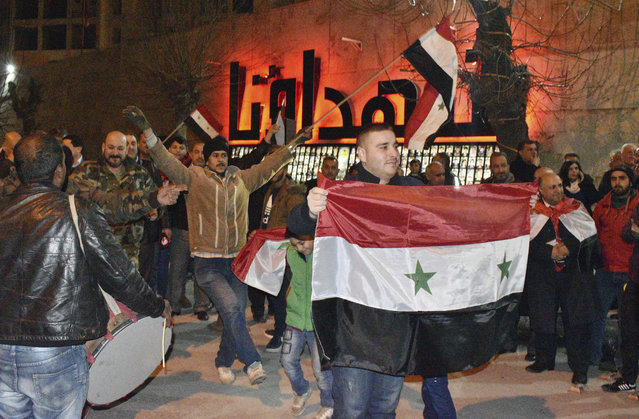 In this photo released by the Syrian official news agency SANA, Syrians celebrate as they hold their national flags in Aleppo province, Syria, Monday, February 17, 2020. On Monday Syria's military announced its troops have regained control of territories in northwestern Syria “in record time”, vowing to continue to chase armed groups “wherever they are”. (Photo by SANA via AP Photo) 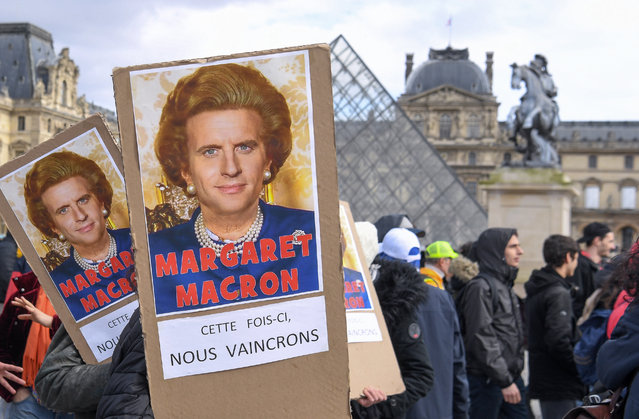 Protesters hold placards reading “Maragaret Macron, this time we will win” under a photomontage of both late British Prime Minister Margaret Thatcher and French President Emmanuel Macron as they demonstrate in front of Paris' Louvre Museum on February 17, 2020, in Paris as part of a multi-sector strike against the French government's pensions overhaul. - The battle over the French government's pension reforms moved from the street to parliament on Monday, with the opposition vowing to torpedo an overhaul that sparked weeks of strikes and protests. Leftist unions are up in arms over President Emmanuel Macron's bid to fuse France's 42 different retirement schemes into a single points-based system. (Photo by Alain Jocard/AFP Photo) 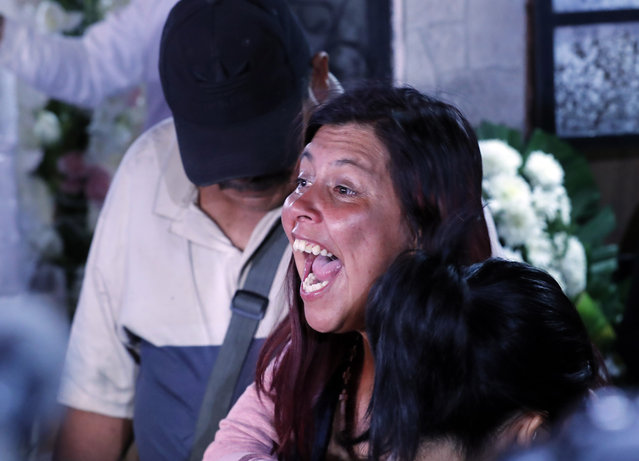 Maria Magdalena Anton, mother of Fatima, a 7-year-old girl who was abducted from the entrance of the Enrique C. Rebsamen primary school and later killed, screams “Justice” during the girl's wake at thier home in Mexico City, Monday, February 17, 2020. Fatima's body was found wrapped in a bag and abandoned in a rural area on Saturday and was identified by genetic testing. (Photo by Marco Ugarte/AP Photo) 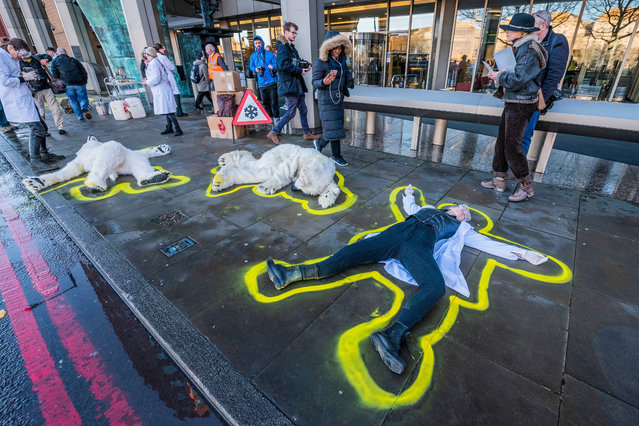 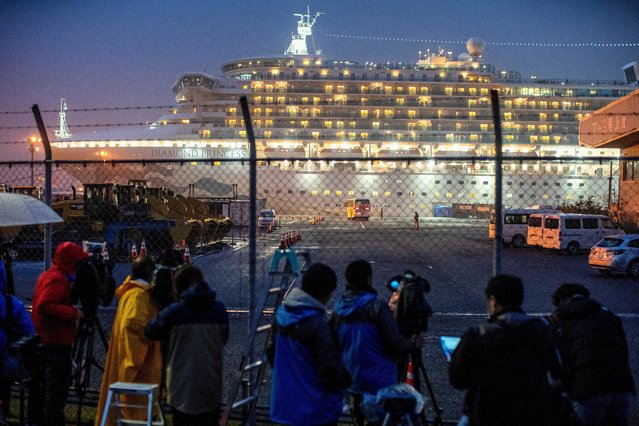 A bus arrives near the cruise ship Diamond Princess, where dozens of passengers were tested positive for coronavirus, at Daikoku Pier Cruise Terminal in Yokohama, south of Tokyo, Japan, February 16, 2020. (Photo by Athit Perawongmetha/Reuters) 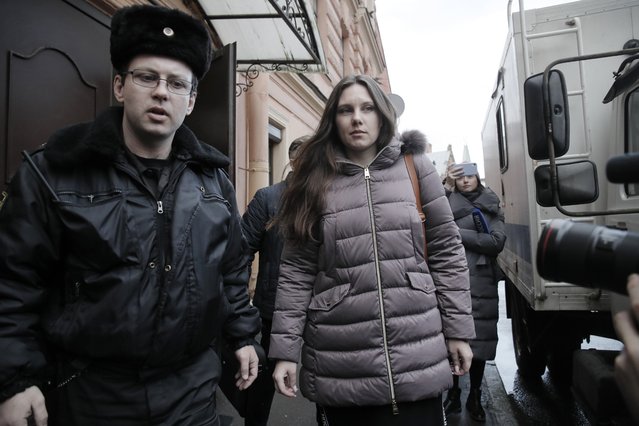 Alla Ilyina, who broke out of the hospital on Feb. 7 after learning that she would have to spend 14 days in isolation instead of the 24 hours doctors promised her, is escorted by a bailiffs form a court after a session in St.Petersburg, Russia, Monday, February 17, 2020.A woman who escaped from a hospital in St. Petersburg, where she was being kept in isolation for possible inflection by the new coronavirus, was ordered by court on Monday to return back to the quarantine for at least two days. (Photo by Dmitri Lovetsky/AP Photo) 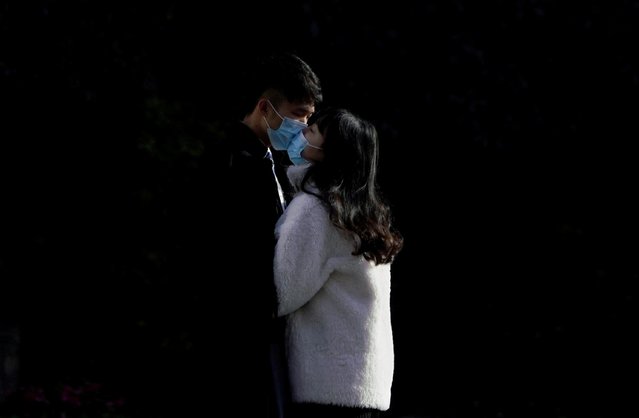 A couple wearing masks kiss at a main shopping area, in downtown Shanghai, China, as the country is hit by an outbreak of a new coronavirus, February 16, 2020. (Photo by Aly Song/Reuters) 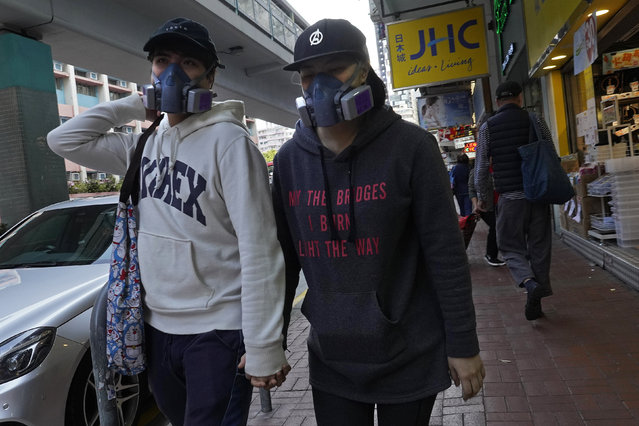 A couple wearing face masks walk at a street in Hong Kong Monday, February 17, 2020. COVID-19 viral illness has sickened tens of thousands of people in China since December. (Photo by Vincent Yu/AP Photo) 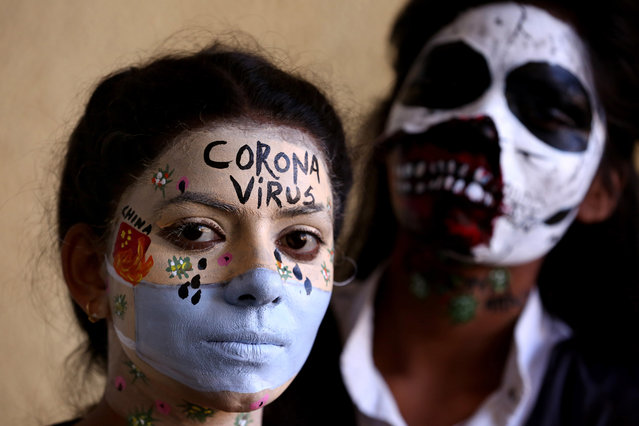 Indian students with face painted pose for a photo during an inter-college face painting competition at the Government Sardar Vallabh Bhai Patel Polytechnic College in Bhopal, India, 17 February 2020. Over fifty people participated in the event and made face paintings on various issues including the coronavirus or COVID-19. (Photo by Sanjeev Gupta/EPA/EFE) 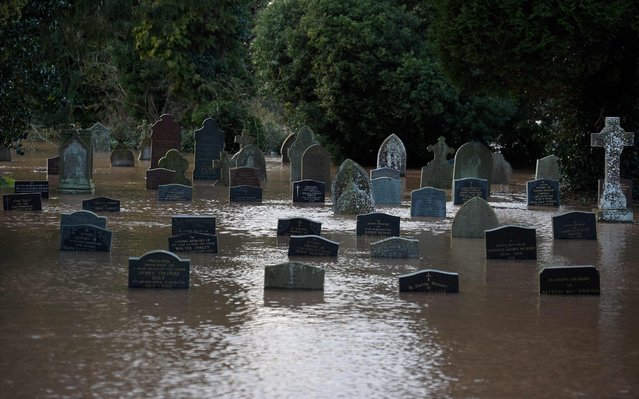 Flood water surrounds grave stones in a graveyard in Tenbury Wells, after the River Teme burst its banks in western England, on February 16, 2020, after Storm Dennis caused flooding across large swathes of Britain. A man died after falling into a river on Sunday as Storm Dennis swept across Britain with the army drafted in to help deal with heavy flooding and high winds. (Photo by Oli Scarff/AFP Photo) 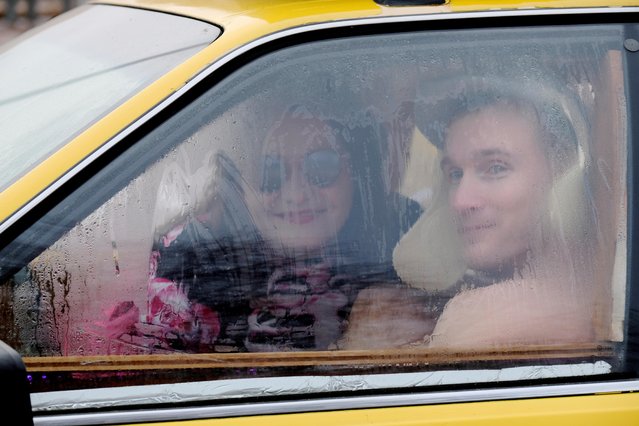 People react inside a car converted to sauna during the European Sauna Marathon in Otepaa, Estonia on February 15, 2020. (Photo by Ints Kalnins/Reuters) 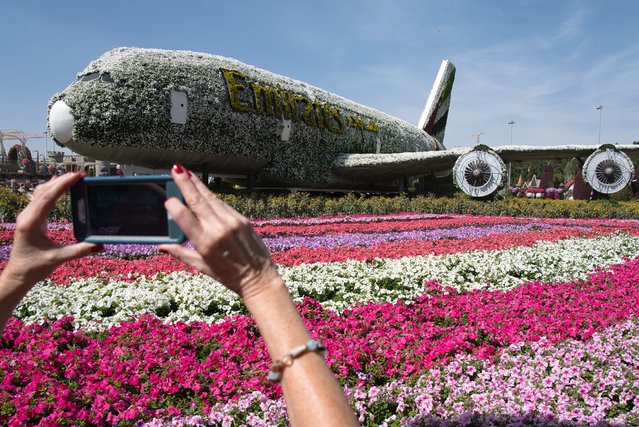 A tourist takes a picture of a mockup of an Emirates Airbus A380 jetliner made of flowers at Dubai Miracle Garden in Dubai, United Arab Emirates, Monday, February 17, 2020. The mockup A380 is covered in over 500,000 flowers and plants. (Photo by Jon Gambrell/AP Photo) 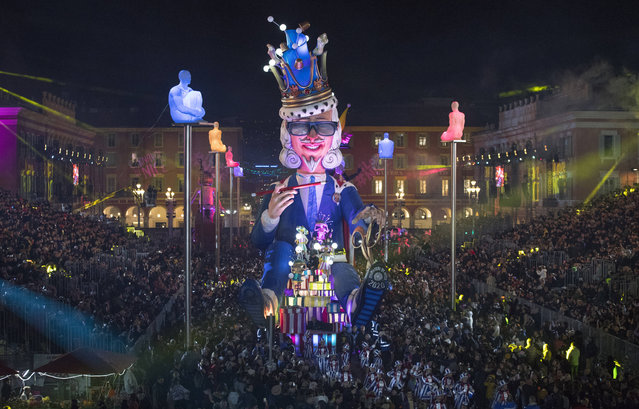 The “King of Fashion” float drifts through the corso parade of the 136th edition of the Nice carnival, Saturday, February 15, 2020, in Nice, southeastern France. The Carnival, running from Feb. 15 to 29, 2020, celebrates the “King of Fashion”. (Photo by Daniel Cole/AP Photo) 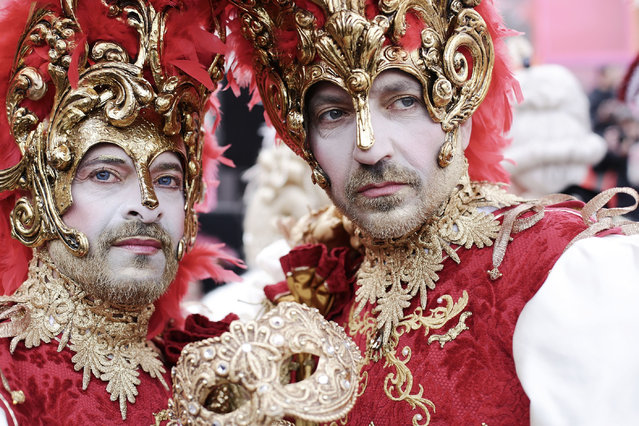