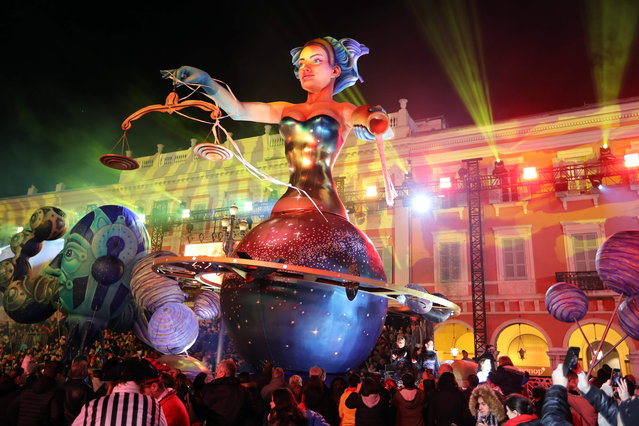 People look at the float of the Nice Carnival Queen as it parades in the streets of Nice for the 134 rd edition of the Nice Carnival in Nice, southeastern France on February 20, 2018. The 134 th carnival runs from February 17 until March 3, 2018, and celebrates this year the “King of Space”. (Photo by Valéry Hache/AFP Photo) 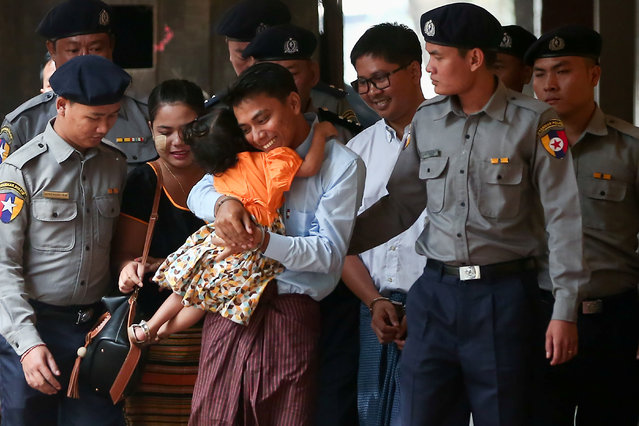 Detained Reuters journalist Kyaw Soe Oo hugs his daughter as he is escorted by police, arrives for a court hearing in Yangon, Myanmar, February 21, 2018. (Photo by Reuters/Stringer) 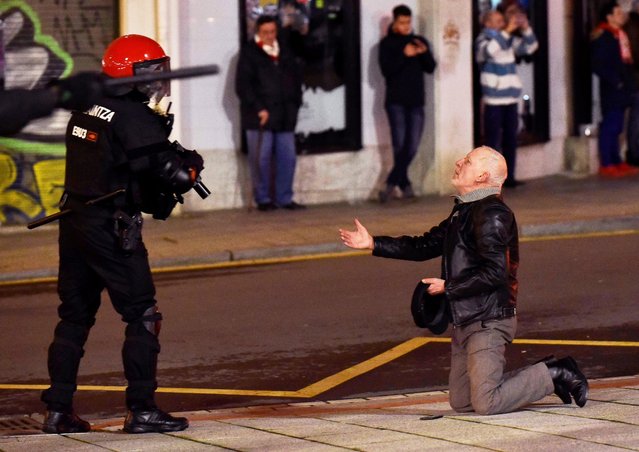 A man faces a police officer during riots prior to the UEFA Europa League round of 32, second leg soccer match between Athletic Bilbao and Spartak Moscow at San Mames stadium in Bilbao, Spain, 22 February 2018. (Photo by Miguel Tona/EPA/EFE) 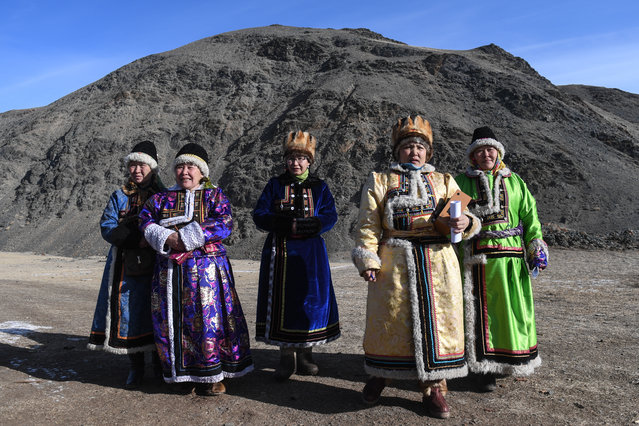 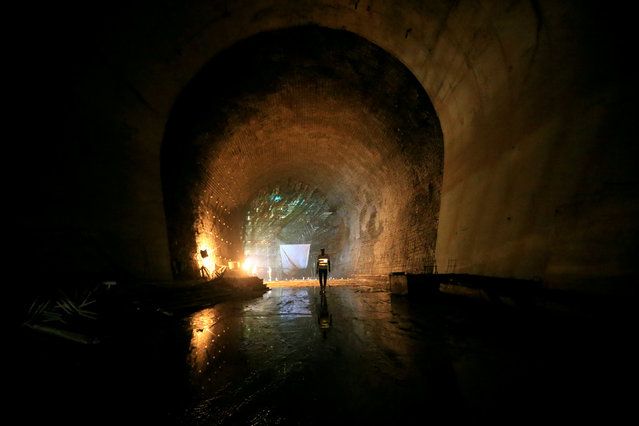 A contractor walks in a tunnel at the construction site at Karuma 600 megawatts hydroelectric power project under construction on River Nile, Uganda February 20, 2018. (Photo by James Akena/Reuters) 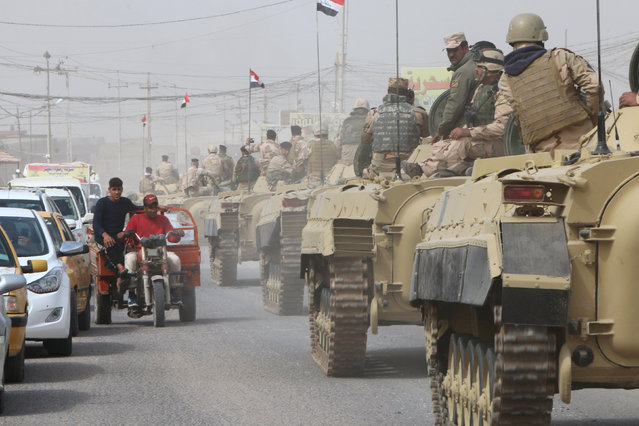 Iraqi forces deploy during a campaign searching for weapons and wanted people, to impose order in Basra, Iraq February 21, 2018. (Photo by Essam Al-Sudani/Reuters) 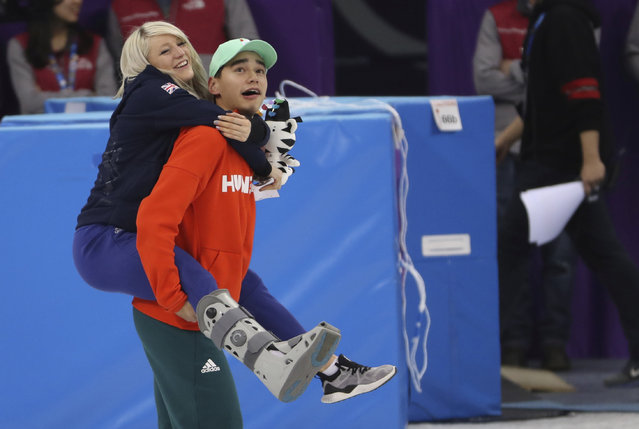 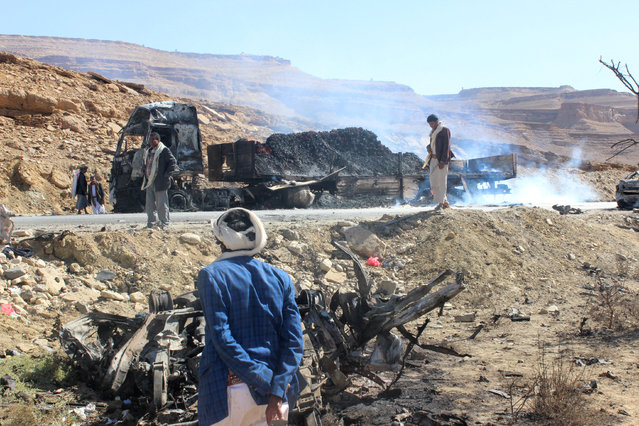 Yemeni inspect the damage after an air strike by the Saudi-led coalition in Saada, Yemen February 22, 2018. (Photo by Reuters/Stringer) 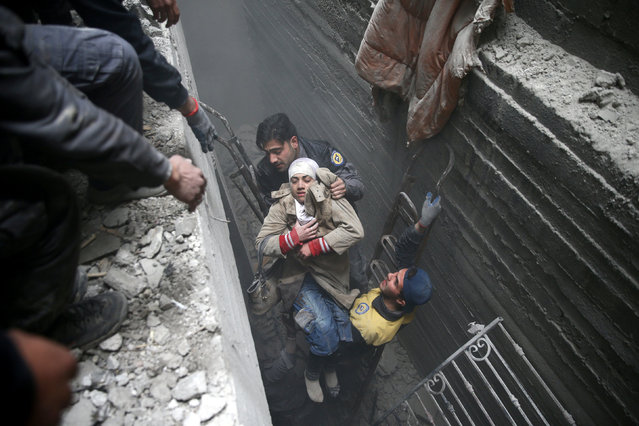 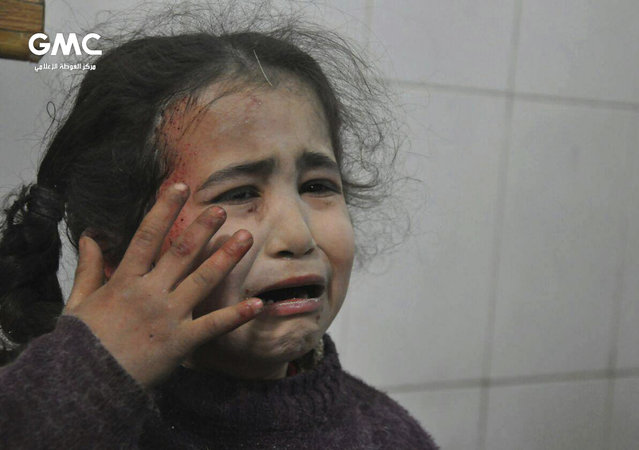 This photo released on Wednesday February 21, 2018 provided by the Syrian anti-government activist group Ghouta Media Center, which has been authenticated based on its contents and other AP reporting, shows a Syrian young girl who was wounded during airstrikes and shelling by Syrian government forces, cries at a makeshift hospital, in Ghouta, suburb of Damascus, Syria. New airstrikes and shelling on the besieged, rebel-held suburbs of the Syrian capital killed at least 10 people on Wednesday, a rescue organization and a monitoring group said. (Photo by Ghouta Media Center via AP Photo) 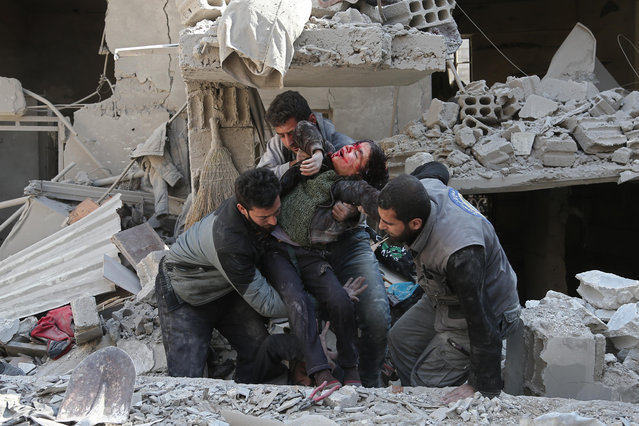 Syrians rescue a child following a reported regime air strike in the rebel-held town of Hamouria, in the besieged Eastern Ghouta region on the outskirts of the capital Damascus on February 21, 2018. (Photo by Abdulmonam Eassa/AFP Photo) Roads and Transport Authority (RTA) unveil the design model of the hyperloop in Dubai, United Arab Emirates February 22, 2018. Hyperloop technology uses an electromagnetic propulsion system to accelerate the movement of goods and services through a vacuum tube. The system is designed to assist the levitation of the capsule slightly off the track within the tube and move it at speed up to 1200 km/hour. Accordingly, the hyperloop could travel between Dubai and Abu Dhabi in 12 minutes (about 90 minutes in a car), and lift about 10,000 passengers per hour in both directions. (Photo by Christopher Pike/Reuters) 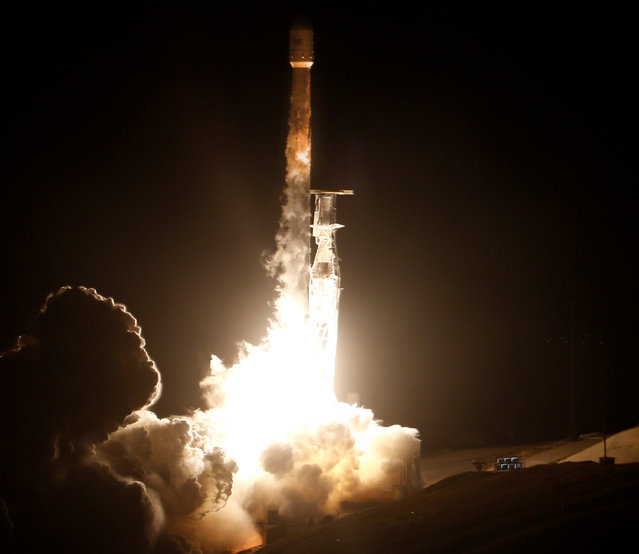 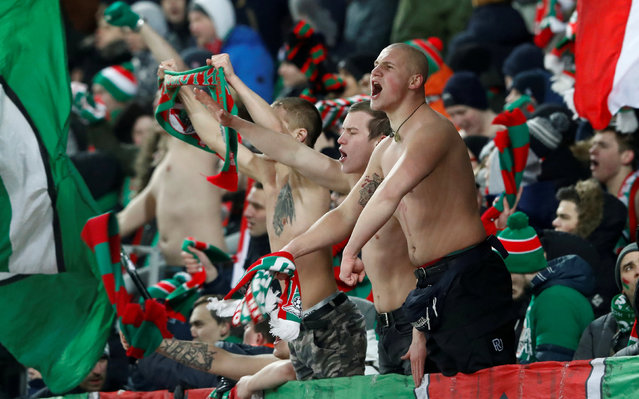 Lokomotiv' s fans wave their banner cheering on their team during the Europa League Round of 32 second leg soccer match between Lokomotiv Moscow and Nice at Lokomotiv stadium in Moscow, Russia, Thursday, February 22, 2018. (Photo by Sergei Karpukhin/Reuters) 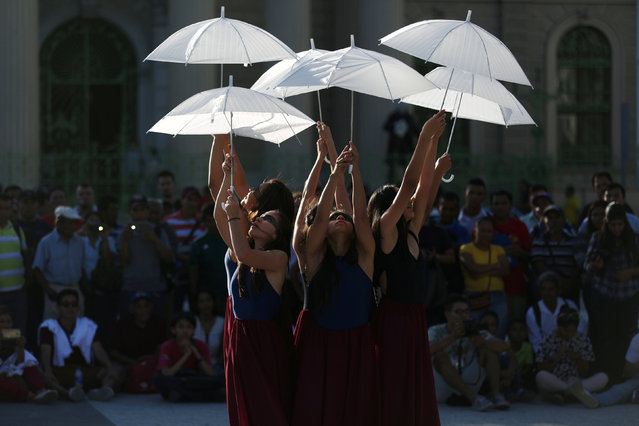 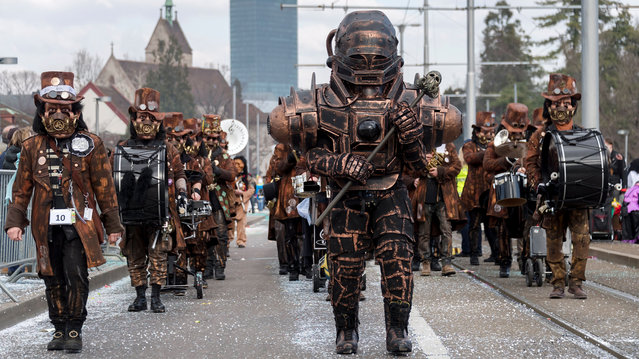 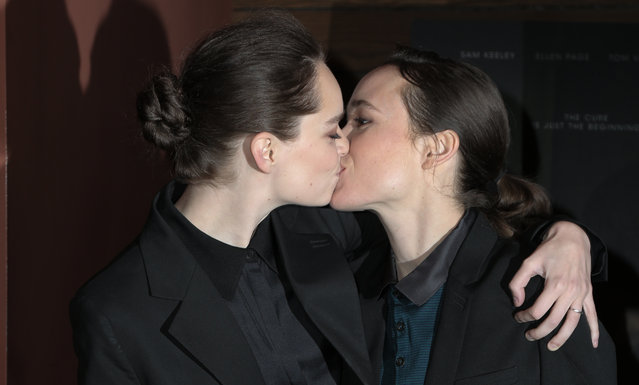 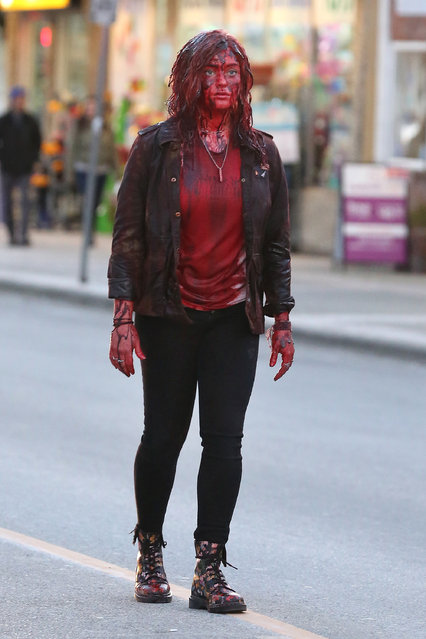 Katherine Langford on set filming her new movie “Spontaneous” in Vancouver, Canada on February 20, 2018. In the scene Katherine Langford character is covered in blood while walking down the street. (Photo by Splash News and Pictures) 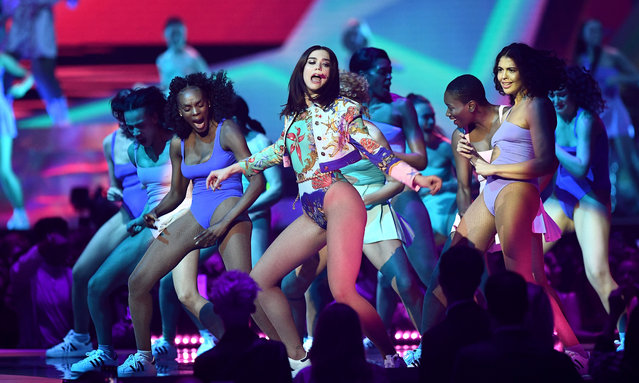