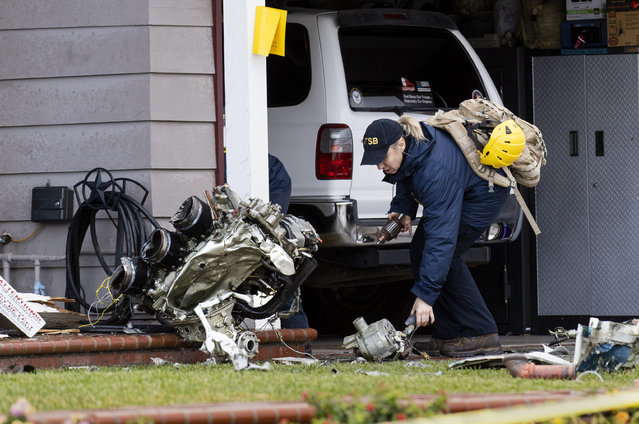 A National Transportation Safety Board worker takes a photo of an engine that came to rest against a house on Crestknoll Dr. in Yorba Linda, Calif on Monday, February 4, 2019. The debris field from a small plane crash a day earlier covered several blocks with one home catching fire. The pilot and four people on the ground died. (Photo by Paul Bersebach/The Orange County Register via AP Photo) Firefighters and policemen stand on the scene of a fire in Paris, Tuesday, February 5, 2019. A fire in a Paris apartment building early Tuesday killed seven people and sent residents fleeing to the roof or climbing out their windows to escape, authorities said. (Photo by Christophe Ena/AP Photo) 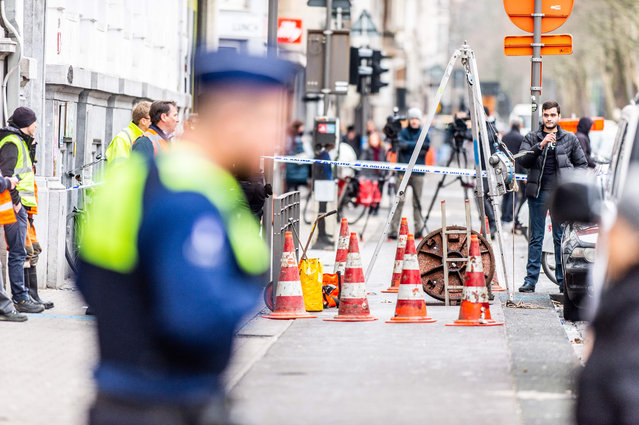 Police cordon off the area outside the French BNP Paribas Fortis bank branch, following a robbery in the center of Antwerp on February 4, 2019. Over the weekend, the vault room of the bank was broken into through a tunnel built by the robbers, that connected the bank to the sewage system. (Photo by Jonas Roosens/AFP Photo) 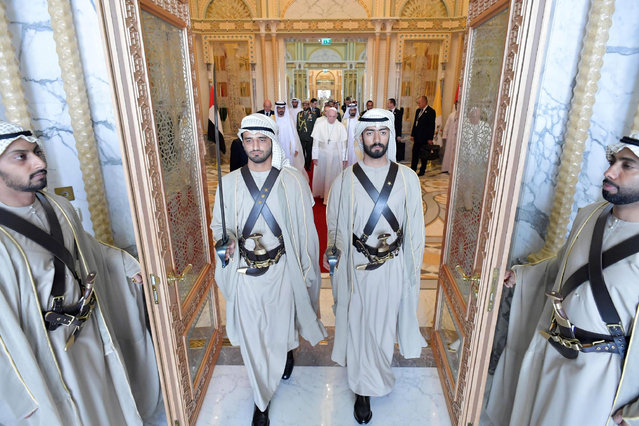 A handout photo made available by Vatican Media shows Pope Francis (C) during the welcome ceremony at Presidential Palace in Abu Dhabi, United Arab Emirates, 04 February 2019. Pope Francis is on three-day visit to the UAE, making him the first pontiff to visit an Arab Gulf state. (Photo by EPA/EFE/Stringer) 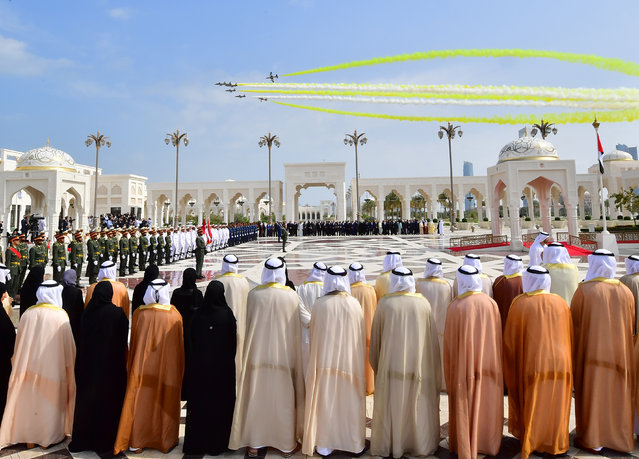 Aircrafts fly over the presidential palace in the UAE capital Abu Dhabi during a reception for Pope Francis on February 4, 2019. Pope Francis arrived in the UAE on February 3, the first ever papal visit to the Arabian Peninsula, birthplace of Islam, where he will meet leading Muslim clerics and hold an open-air mass for some 135,000 Catholics. (Photo by Giuseppe Cacace/AFP Photo) 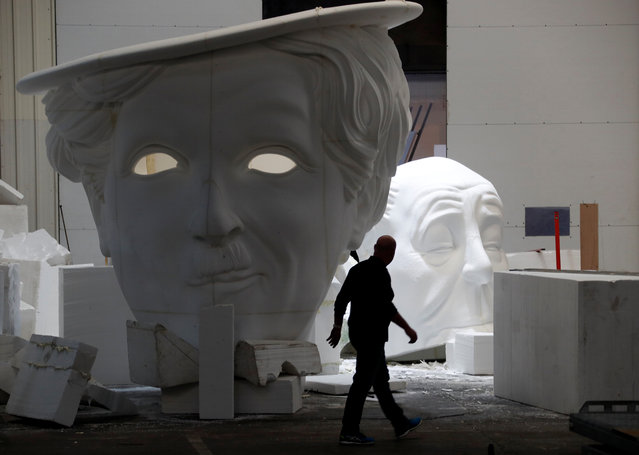 A worker walks past a giant figure of Charlie Chaplin during preparations for the carnival parade in Nice, France, February 4, 2019. (Photo by Eric Gaillard/Reuters) 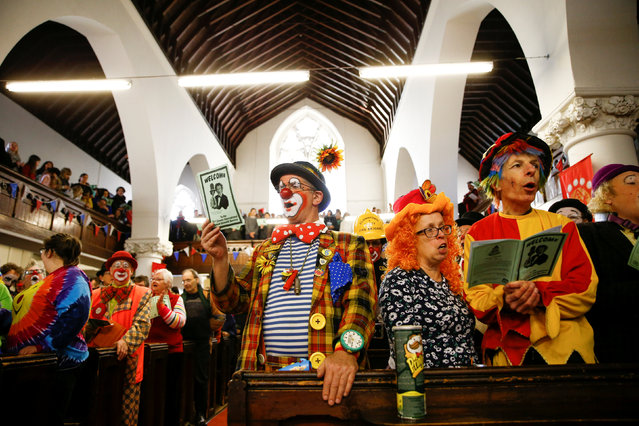 Clowns and entertainers gather to attend an annual service of remembrance in honour of British clown Joseph Grimaldi, at the All Saints Church in Haggerston, London, Britain, February 3, 2019. (Photo by Henry Nicholls/Reuters) 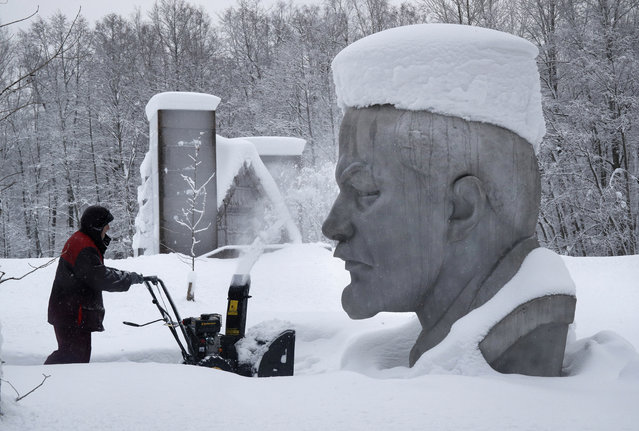 A worker clears snow next to the snow covered statue of Soviet Union founder Vladimir Lenin at the Lenin Hut Museum in a forest near Razliv Lake, outside St. Petersburg, Russia, Monday, February 4, 2019. Another cyclone caused a week of snowfall in St. Petersburg. (Photo by Dmitri Lovetsky/AP Photo) 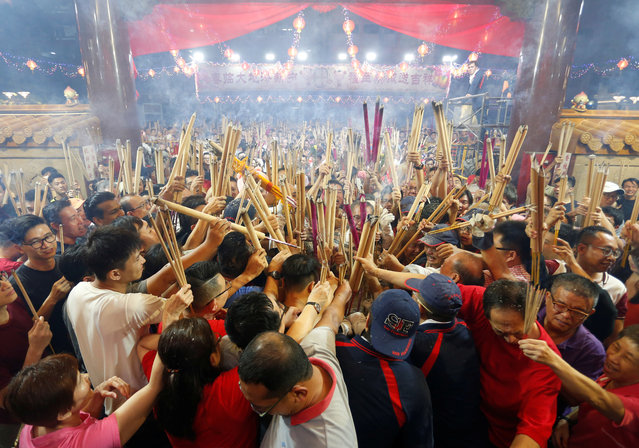 People wait to plant the first joss stick of the Lunar New Year of the Pig at the stroke of midnight at the Kwan Im Thong Hood Cho temple in Singapore, February 4, 2019. (Photo by Feline Lim/Reuters) 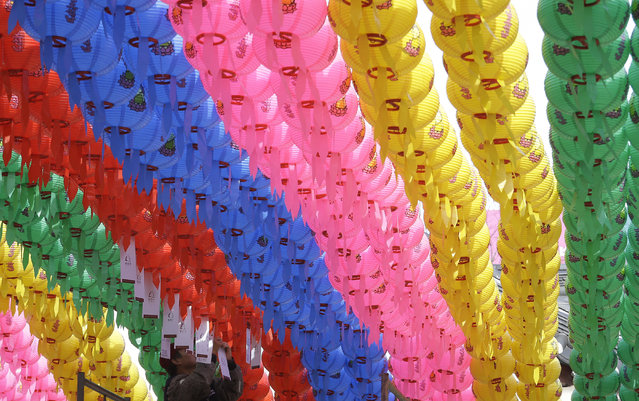 In this Monday, February 4, 2019, photo, a worker attaches a name tag of a Buddhist who made a donation of a lantern to celebrate the upcoming Lunar New Year at the Bongeun Buddhist temple in Seoul, South Korea. Lunar New Year is one of the biggest holidays celebrated in South Korea. (Photo by Ahn Young-joon/AP Photo) 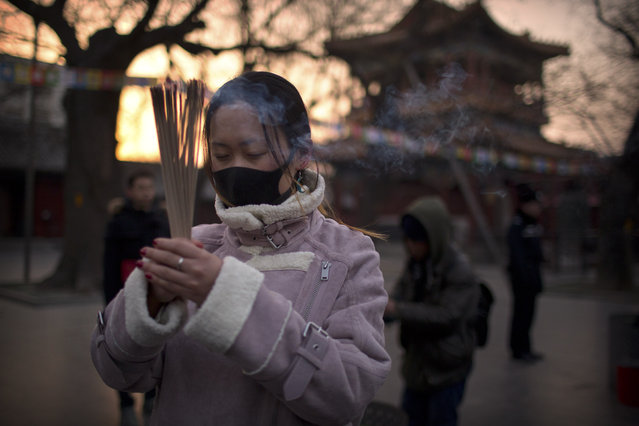 A woman holds sticks of incense as she prays at the Lama Temple in Beijing, Tuesday, February 5, 2019. Chinese people are celebrating the first day of the Lunar New Year on Tuesday, the Year of the Pig on the Chinese zodiac. (Photo by Mark Schiefelbein/AP Photo) 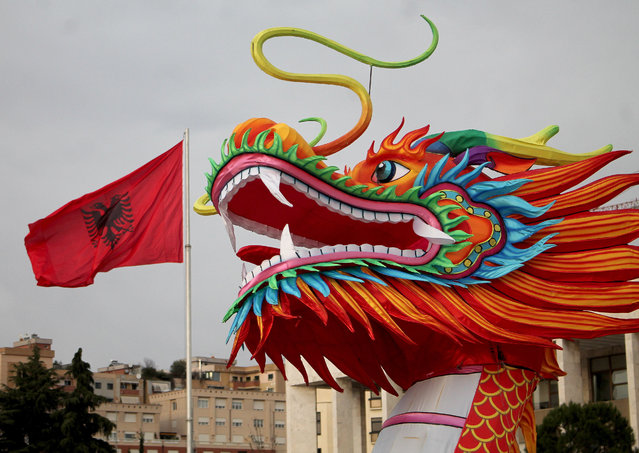 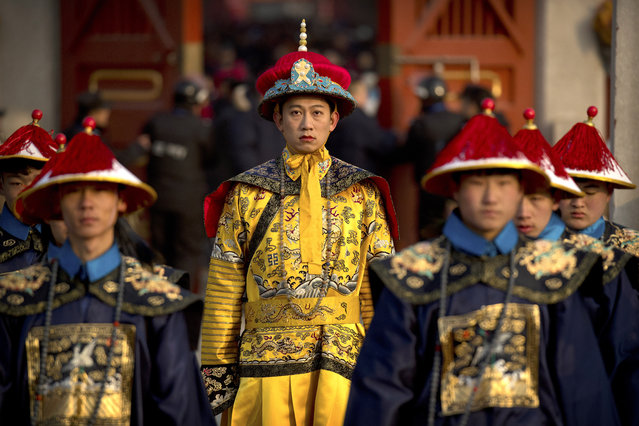 A performer dressed as an emperor, center, participates in a Qing Dynasty ceremony in which emperors prayed for good harvest and fortune at a temple fair at Ditan Park in Beijing, Tuesday, February 5, 2019. Chinese people are celebrating the first day of the Lunar New Year on Tuesday, the Year of the Pig on the Chinese zodiac. (Photo by Mark Schiefelbein/AP Photo) 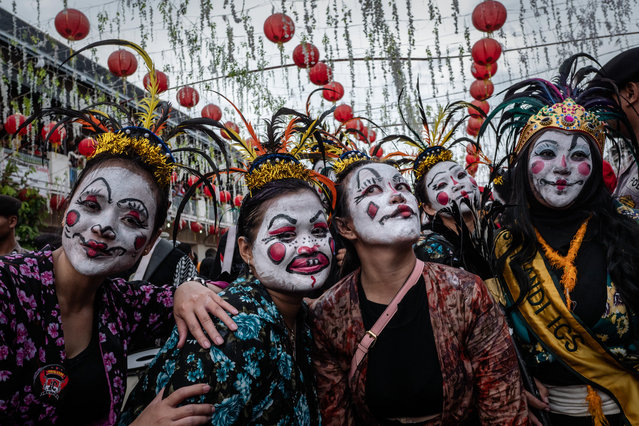 Participants perform during Grebeg Sudiro festival on February 3, 2019 in Solo City, Central Java, Indonesia. Grebeg Sudiro festival is held as a prelude to the Chinese New Year, which falls on February 5th this year, welcoming the Year of the Pig. People bring offerings known as gunungan, including Chinese sweetcakes piled up into the shape of mountains, which are paraded in the streets followed by Chinese and Javanese performers. (Photo by Ulet Ifansasti/Getty Images) 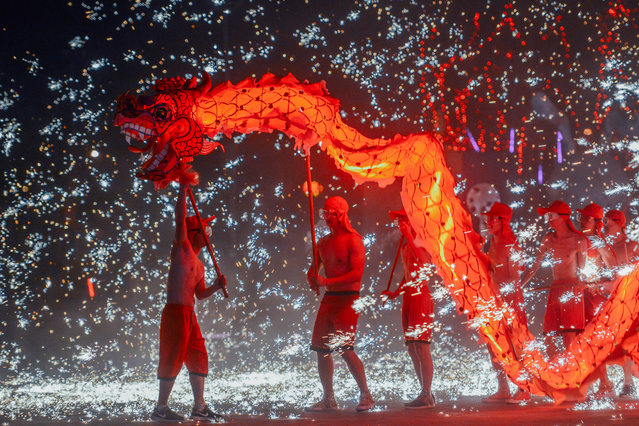 Chinese folk artists perform a fire dragon dance during a temple fair on February 2, 2019 in Tianjin, China. Chinese people are preparing for the Spring Festival, the Year of Pig, which will fall on February 5 according to Chinese calendar. (Photo by Tong Yu/China News Service/VCG via Getty Images) 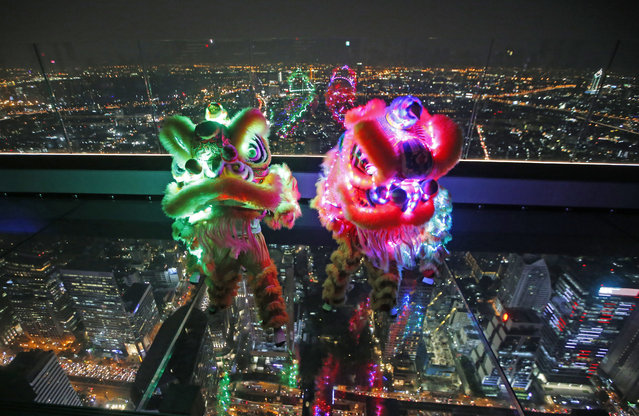