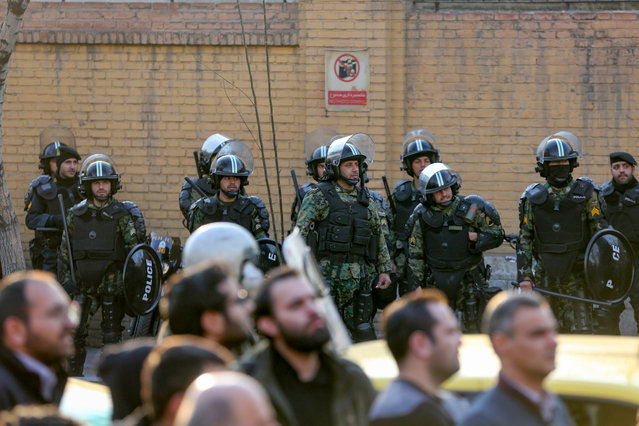 Iranian security forces stand guard in front of the British embassy in the capital Tehran on January 12, 2020 following the British ambassador's arrest for allegedly attending an illegal demonstration. Chanting “Death to Britain”, up to 200 protesters rallied outside the mission a day after the brief arrest of British ambassador Rob Macaire at a memorial for those killed when a Ukraine airliner was shot down. (Photo by Atta Kenare/AFP Photo) 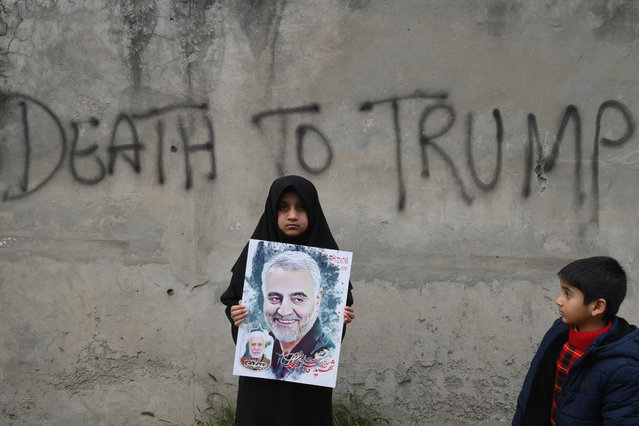 A Shiite Muslim girl holds a poster of Iranian commander Qasem Soleimani as she takes part in a anti-US protest against the killing of top Iranian commander Qasem Soleimani in Iraq, in Lahore on January 12, 2020. Iran's Revolutionary Guards chief briefed parliament on January 12 over the killing of a top general by the US, Tehran's retaliation and the subsequent downing of an airliner, ISNA news agency said. (Photo by Arif Ali/AFP Photo) 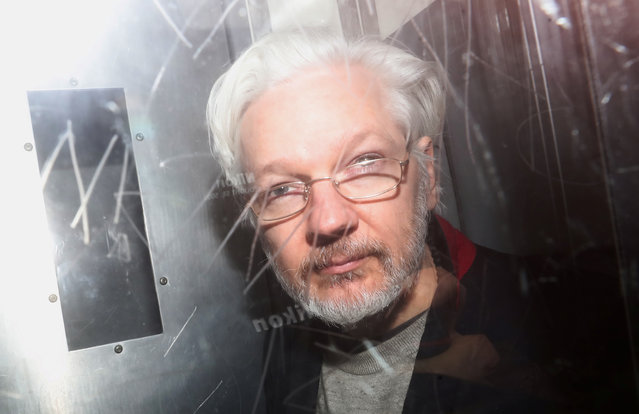 A pedestrian passes graffitti outside Westminster Magistrates Court in London, where Julian Assange is due to appear, Monday, January 13, 2020. Protesters will be insisting that Assange should not be extradited to the US for his reporting of the Iraq and Afghanistan war. They insist he will not face a fair trial in the United States where the charges against him could result in imprisonment for 175 years. Assange will be transported from Belmarsh high-security prison. (Photo by Kirsty Wigglesworth/AP Photo) 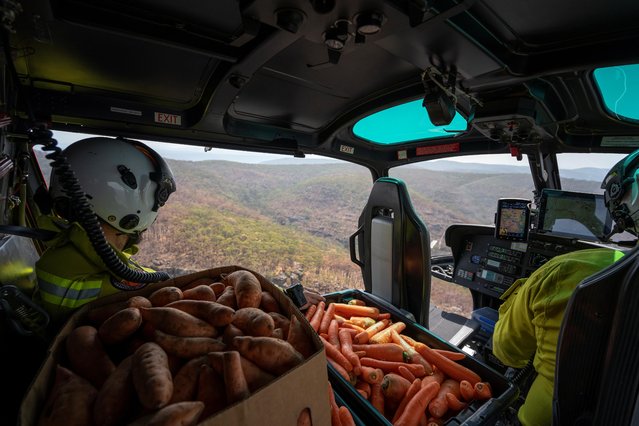 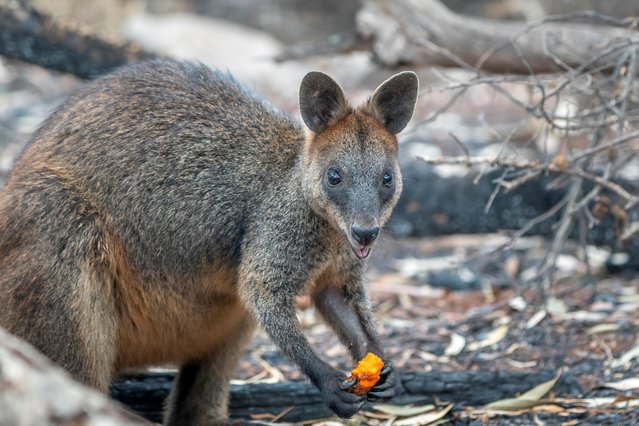 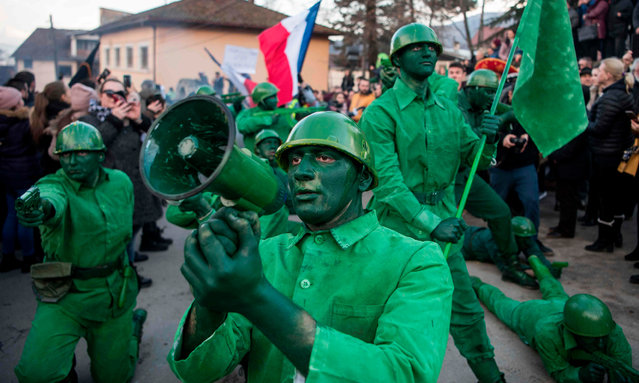 Masked revellers take part in a carnival procession through the south-western North Macedonian village of Vevcani, on January 13, 2020. The Vevcani carnival is 1.400 years old and is held every year on the eve of the feast of Saint Basil (January 14), which also marks the beginning of the New Year according to the Julian calendar, observed by the Macedonian Orthodox Church. (Photo by Robert Atanasovski/AFP Photo) 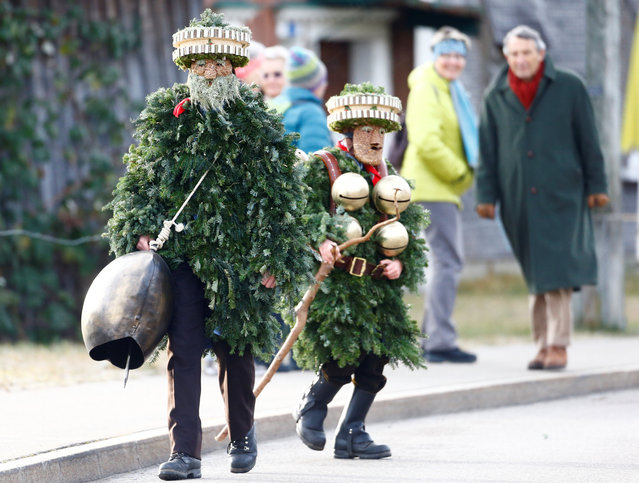 Men dressed as “Chlaeuse”, figures that scare away evil spirits, carry round bells and cowbells during the traditional “Sylvesterchlausen” in near the northeastern village of Urnaesch, Switzerland on January 13, 2020. (Photo by Arnd Wiegmann/Reuters) 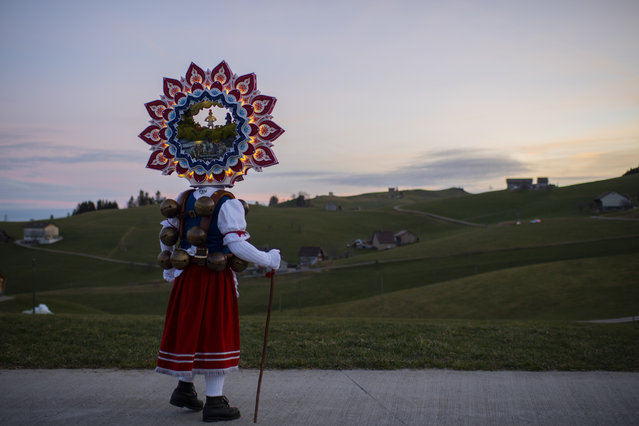 A so-called “Silvesterchlaus” (New Years Claus) of the group “Hoernli-Schuppel” is on the way in Hundwil, Switzerland, Monday, January 13, 2020, to offer best wishes for the New Year (following the Julian calendar) to the farmers in this region. After their performance of singing and dancing the Silvesterchlaeuse receive hot drinks. (Photo by Gian Ehrenzeller/Keystone via AP Photo) 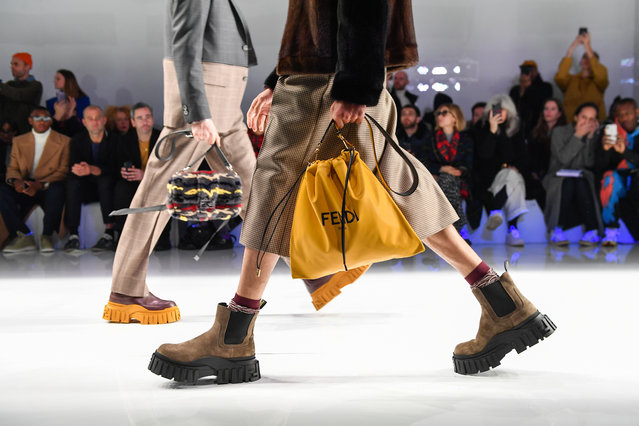 A model (bag detail) walks the runway at the Fendi fashion show on January 13, 2020 in Milan, Italy. (Photo by Jacopo Raule/Getty Images) 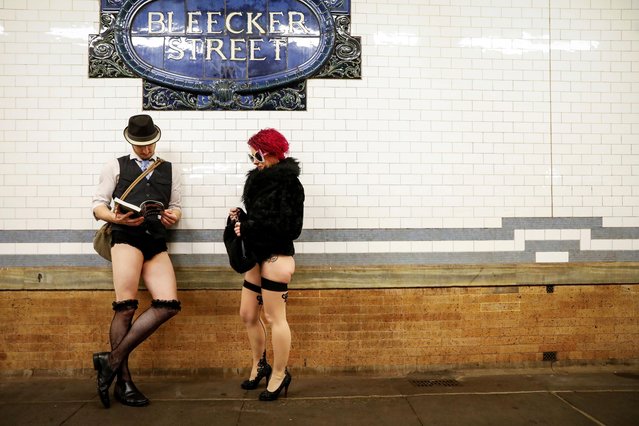 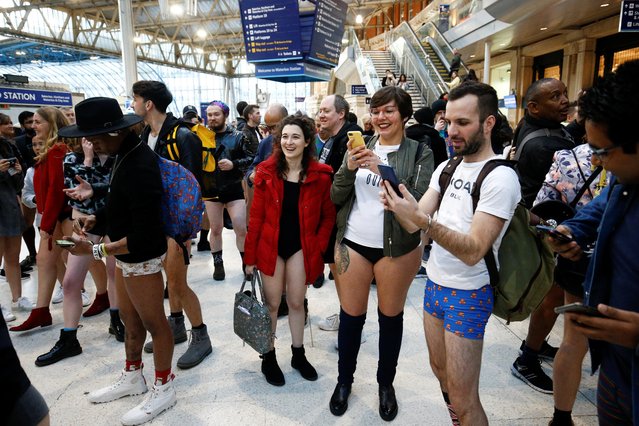 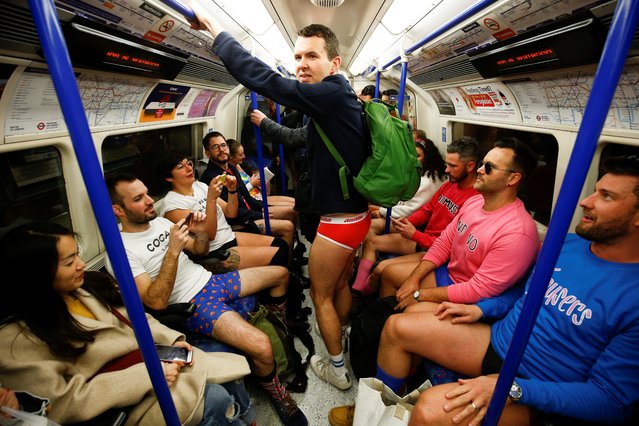 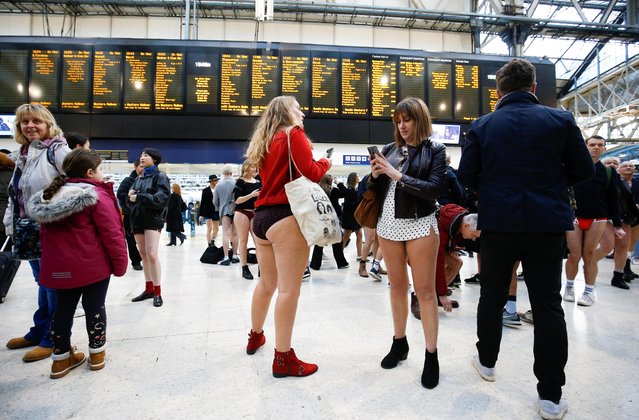 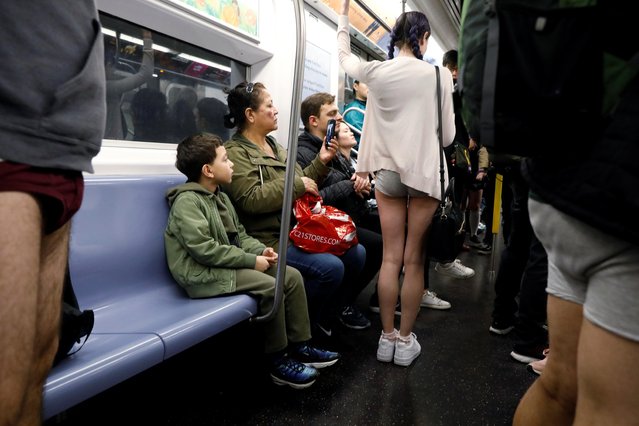 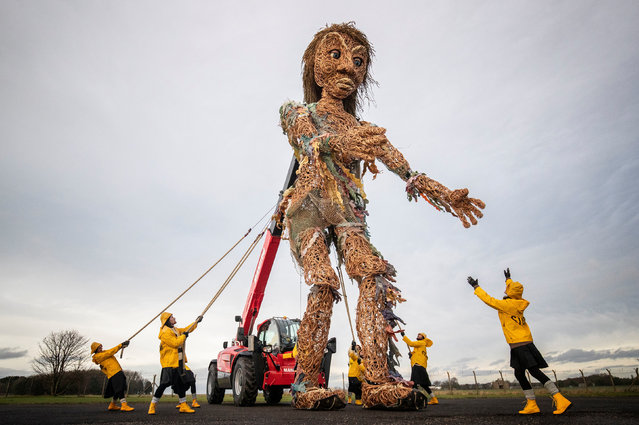 Puppeteers from Vision Mechanic rehearsing with Scotland's largest puppet, a ten-metre tall sea goddess called Storm, in the grounds of the Museum of Flight, East Lothian in Scotland on January 13, 2020. Storm, made entirely from recycled materials, was unveiled ahead of its debut at the Celtic Connections Costal Day celebrations in Glasgow this weekend. (Photo by Jane Barlow/PA Images via Getty Images)
Edit Del
15 Jan 2020 00:07:00, post received 0 comments
Publication archive:
←   →
Popular tags:
All tags
Last searches: