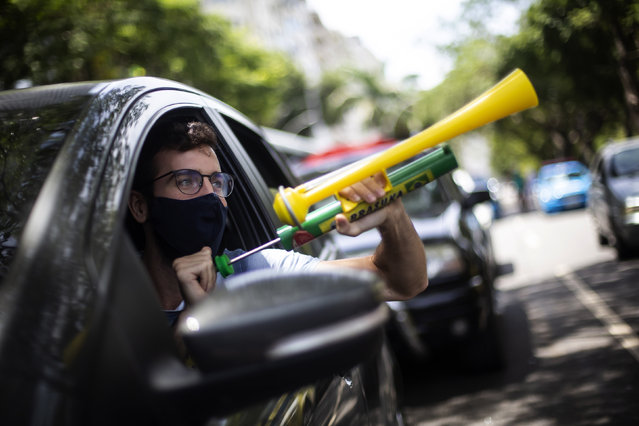 A demonstrator shouts “Out Bolsonaro” while using a noisemaker during a caravan to protest the government's handling of the COVID-19 pandemic and demand the impeachment of Brazilian President Jair Bolsonaro in Rio de Janeiro, Brazil, Saturday, Januyary 23, 2021. (Photo by Bruna Prado/AP Photo) 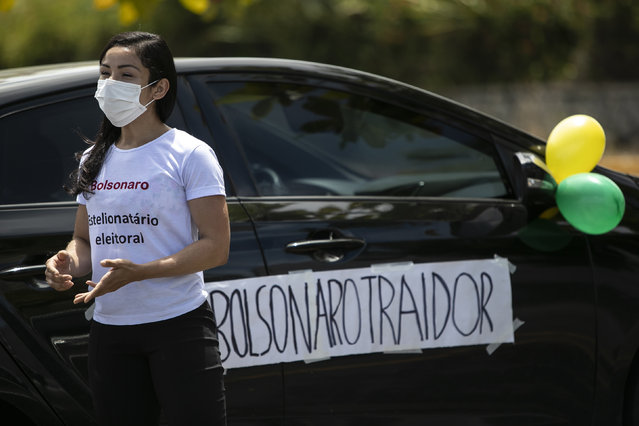 With a sign that reads in Portuguese “Bolsonaro Traitor”, a former supporter of Brazil's President Jair Bolsonaro joins a protest against the government's response in combating COVID-19 and demanding his impeachment, in Rio de Janeiro, Brazil, Sunday, Januyary 24, 2021. (Photo by Bruna Prado/AP Photo) 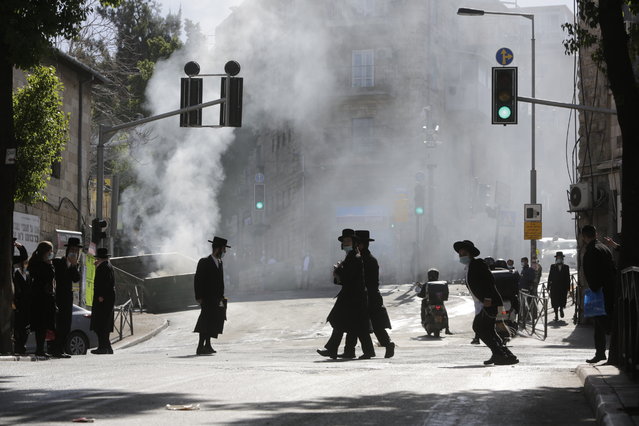 Men walk amid smoke from a dumpster fire, in an ultra-Orthodox neighborhood in Jerusalem, Sunday, January 24, 2021. Ultra-Orthodox demonstrators clashed with Israeli police officers dispatched to close schools in Jerusalem and Ashdod that had opened in violation of health regulations on Sunday. (Photo by Sebastian Scheiner/AP Photo) 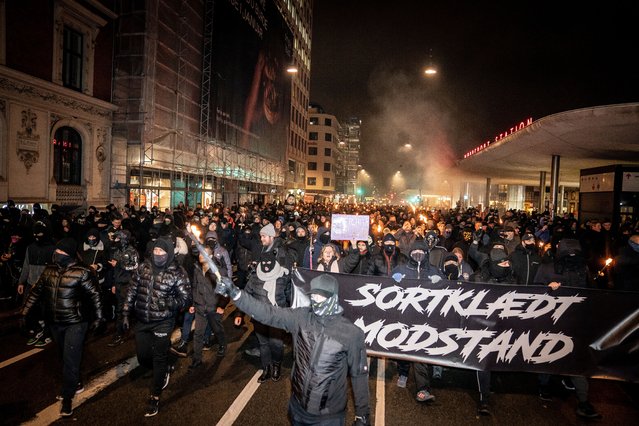 Demonstrators march with a banner reading “Black-clad resistance” during a protest march organised by radical group “Men in Black Denmark” against restrictions introduced by the Danish government during the novel coronavirus (Covid-19) pandemic, in Copenhagen on January 23, 2021. The anti-restrictions protest organized by the radical group in Copenhagen sparked new incidents late January 23, with five arrests and the burning of a model bearing the image of Prime Minister Mette Frederiksen, according to the police and local media. (Photo by Mads Claus Rasmussen/Ritzau Scanpix/AFP Photo) 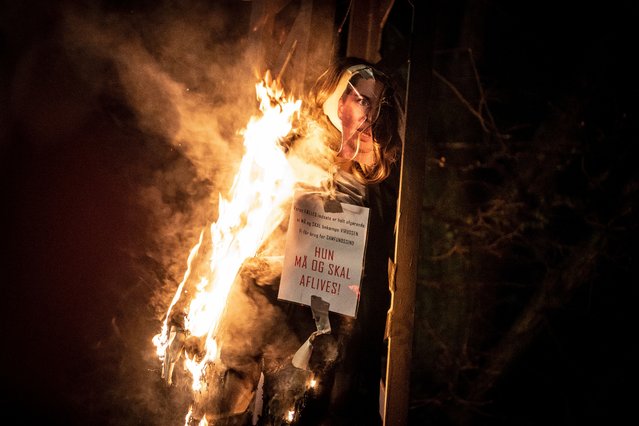 An effigy representing Danish Prime Minister Mette Frederiksen with a sign around her neck reading 'She must be put down' is set alight by protesters during a demonstration organized by a group calling itself “Men in Black”, in Copenhagen, Denmark, 23 January 2021 (issued 24 January 2021). The burning of the effigy provoked indignation among several Danish politicians, local media reported. Protesters took to the streets of the Danish capital against pandemic restrictions as well as against coronavirus disease (COVID-19) vaccinations. (Photo by Mads Claus Rasmussen/EPA/EFE) 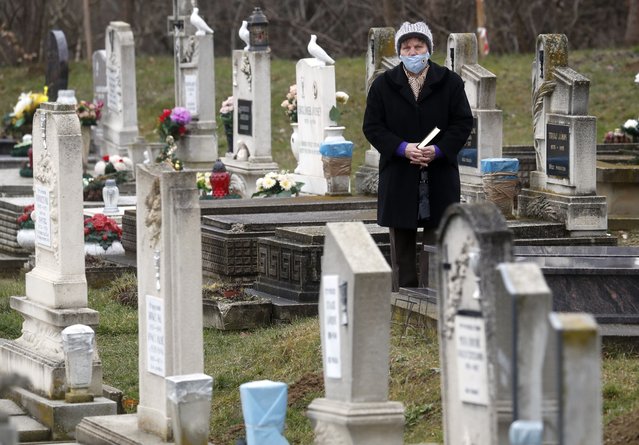 A woman wearing a mask for protection against the COVID-19 infection stands outdoors during an outdoor Lutheran Church religious service in Csovar, Hungary, Sunday, January 24, 2021. While Hungary has imposed strict COVID-19 restrictions, including a ban on gatherings of more than 10 people, the government has not limited religious events. The Catholic Church, which represents a majority of Hungarian Christians, holds its masses almost as it did in pre-pandemic times, but other religious communities have sought other solutions to limit exposure to the virus. (Photo by Laszlo Balogh/AP Photo) 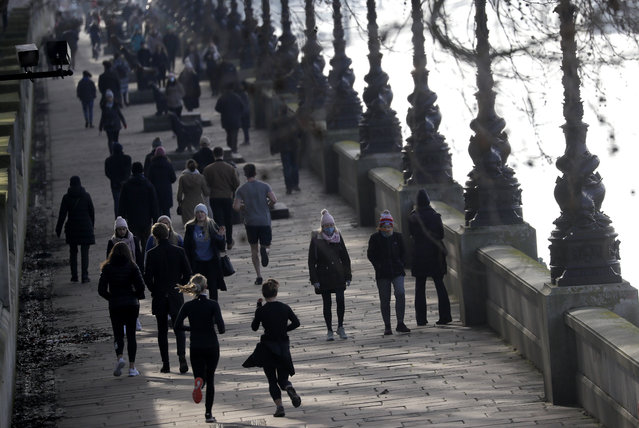 People exercise along the bank of the River Thames in London, Saturday, January 23, 2021 during England's third national lockdown since the coronavirus outbreak began. The U.K. is under an indefinite national lockdown to curb the spread of the new variant, with nonessential shops, gyms and hairdressers closed, and people being told to stay at home. (Photo by Kirsty Wigglesworth/AP Photo) 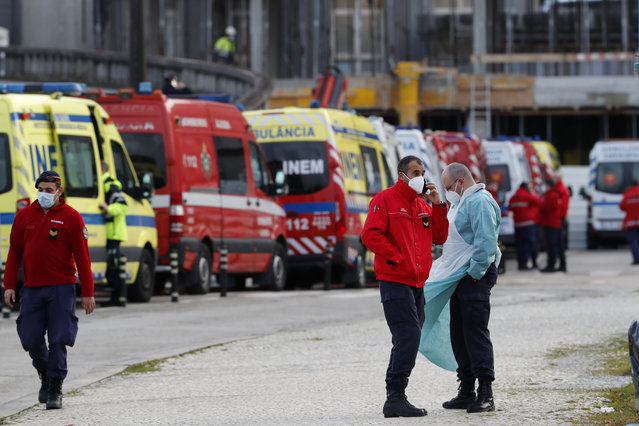 Ambulance personnel stand waiting as more than a dozen ambulances queue waiting to hand over their COVID-19 patients to medics at the Santa Maria hospital in Lisbon, Friday, January 22, 2021. Portugal's COVID-19 surge is continuing unabated, with a new record of daily deaths, hospitalizations and patients in intensive care. (Photo by Armando Franca/AP Photo) 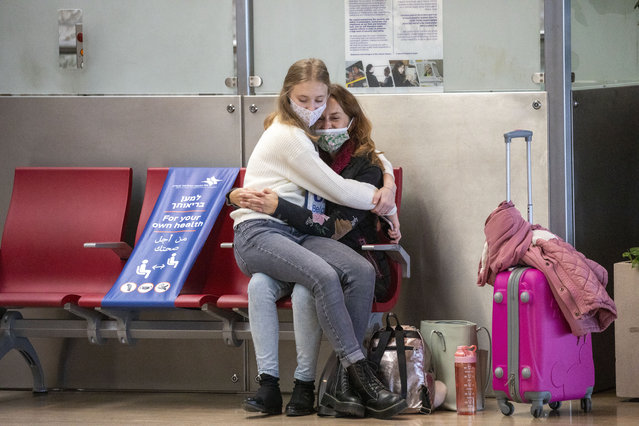 Passengers wear face masks to protect from coronavirus as they sit together in the departure hall in Ben Gurion Airport near Tel Aviv, Israel, Sunday, January 24, 2021 during a nationwide lockdown to curb the spread of the virus COVID-19. Prime Minister Benjamin Netanyahu on Sunday said Israel was closing its international airport to nearly all flights as the government races to bring a raging coronavirus outbreak under control. (Photo by Ariel Schalit/AP Photo) 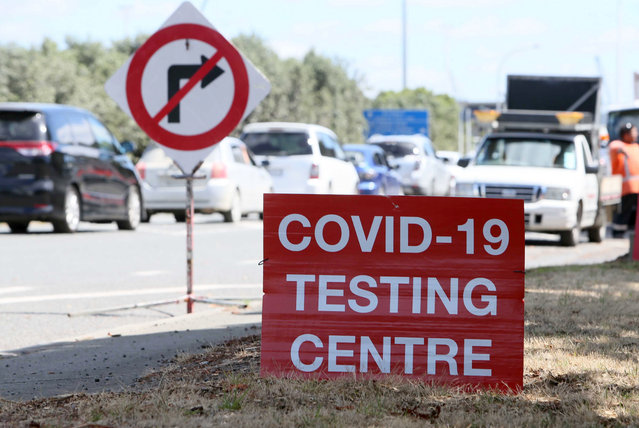 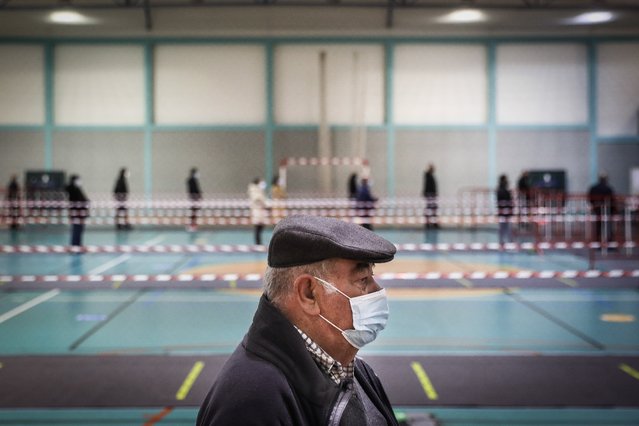 People waiting to cast their ballots at a voting station for the Portuguese presidential elections in Pirescoxe, outskirts of Lisbon, Portugal, 24 January 2021. According to reports, COVID-19 fatalities in Portugal, which now stand over 10,000, could play a major role in low voter turnout in the 2021 presidential elections. Portugal is currently under a second national lockdown, to quell the widespread of COVID-19. (Photo by Mário Cruz/EPA/EFE) 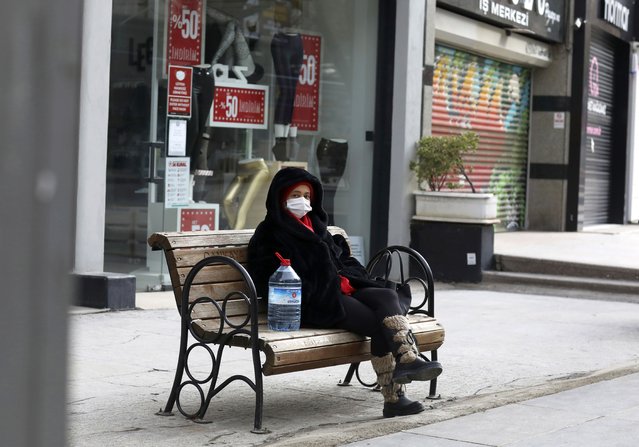 A woman wearing a mask to help protect against the spread of coronavirus, rests in a deserted street after shopping for food during a two-day weekend curfew, in Ankara, Turkey, Sunday, January 24, 2021. Turkey has passed the milestone 25,000 COVID-19 deaths on Sunday. (Photo by Burhan Ozbilici/AP Photo) 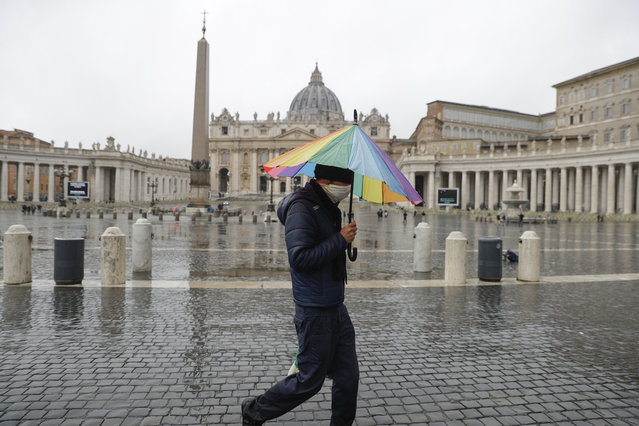 A man walks past an almost empty St. Peter's Square at the Vatican, Sunday, January 24, 2021. Ailing Pope Francis, making limited public appearances due to persistent pain, drew attention to the plight of homeless people in winter, including a Nigerian man who froze to death not far from the Vatican. Francis on Sunday asked for prayers for the man, who he said was 46, named Edwin, and who was “ignored by all, abandoned, even by us”. (Photo by Gregorio Borgia/AP Photo) 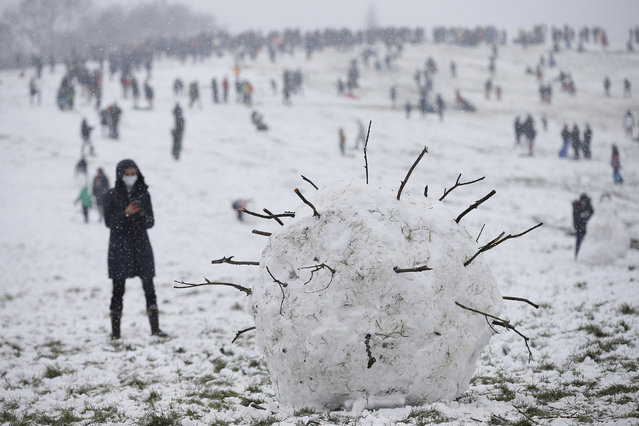 A giant snowball shaped as a coronavirus is seen on Parliament Hill on Hampstead Heath on January 24, 2021 in London, United Kingdom. Parts of the country saw snow and icy conditions as arctic air caused temperatures to drop. (Photo by Hollie Adams/Getty Images) 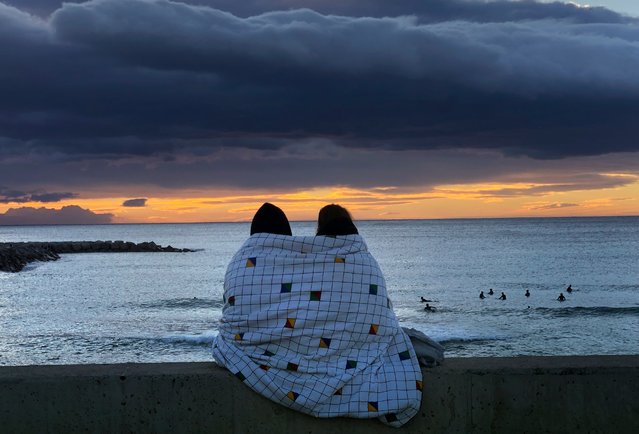