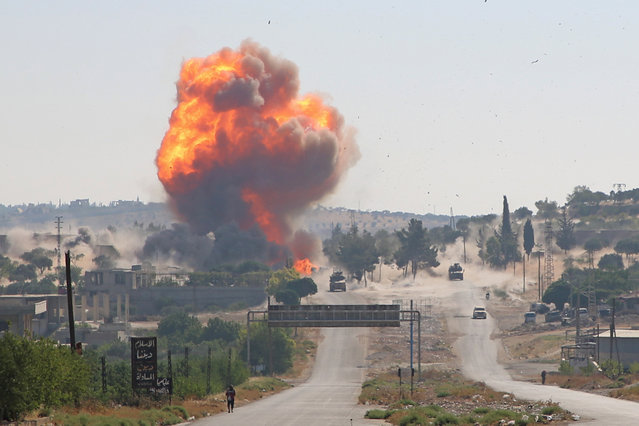 A fireball erupts from the site of an explosion reportedly targeting a joint Turkis-Russian patrol on the strategic M4 highway, near the Syrian town of Ariha in the rebel-held northwestern Idlib province, on July 14, 2020. (Photo by Mohammed Al-Rifai/AFP Photo) 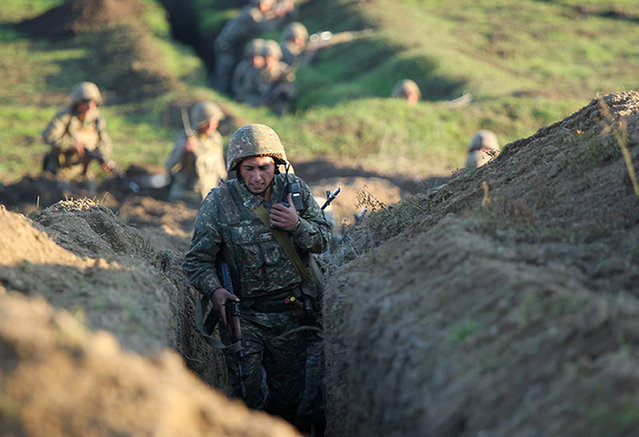 Armenian soldiers take their position on the front line in Tavush region, Armenia, Tuesday, July 14, 2020. Skirmishes on the volatile Armenia-Azerbaijan border escalated Tuesday, marking the most serious outbreak of hostilities between the neighbors since the fighting in 2016. (Photo by Armenian Defense Ministry Press Service/PanPhoto via AP Photo) 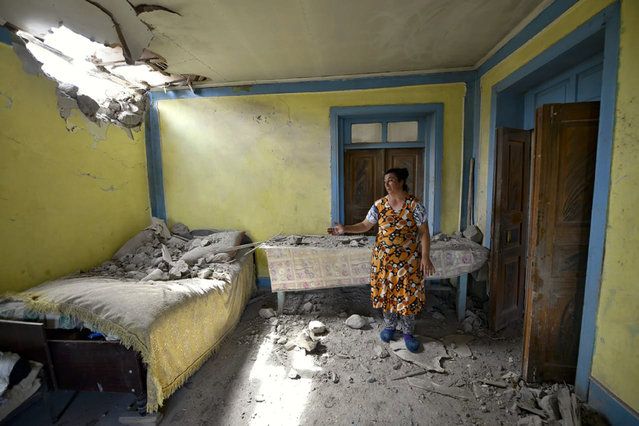 A local woman shows damage in her house after the shelling by Armenian forces in the Tovuz region of Azerbaijan, Tuesday, July 14, 2020. Skirmishes on the volatile Armenia-Azerbaijan border escalated Tuesday, marking the most serious outbreak of hostilities between the neighbors since the fighting in 2016. (Photo by Ramil Zeynalov/AP Photo) 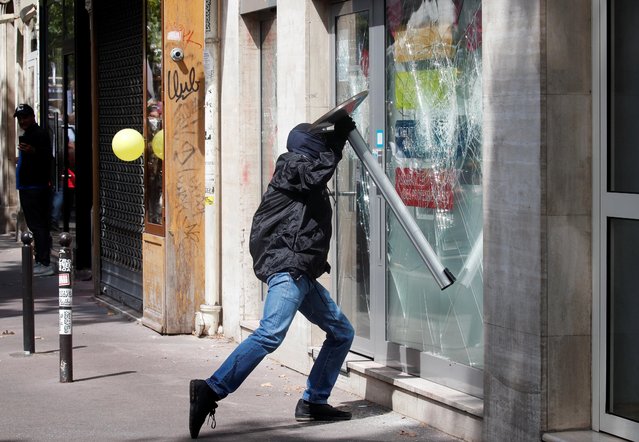 A man smashes a shop window as people of the “yellow vests” movement join a demonstration held by French health workers on the Bastille Day in Paris, as part of a nationwide day of actions to urge the French government to improve wages and invest in public hospitals, in the wake of the coronavirus crisis, in France, July 14, 2020. (Photo by Gonzalo Fuentes/Reuters) 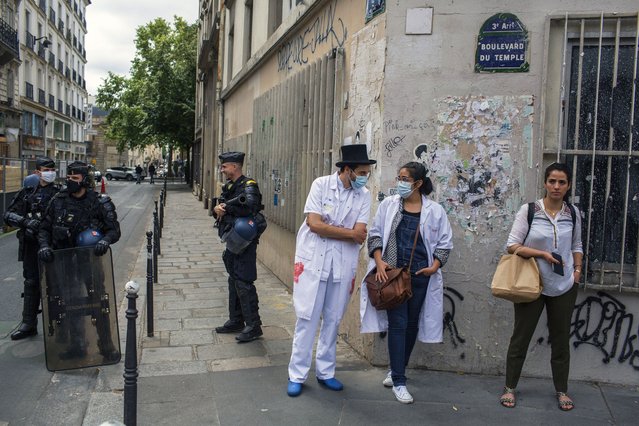 Hospital workers demonstrate on Bastille Day in Paris, Tuesday, July 14, 2020. French hospital workers are protesting to demand better pay and more investment in France's public hospital system, which is considered among the world's best but struggled to handle a flux of virus patients after years of cost cuts. (Photo by Rafael Yaghobzadeh/AP Photo) 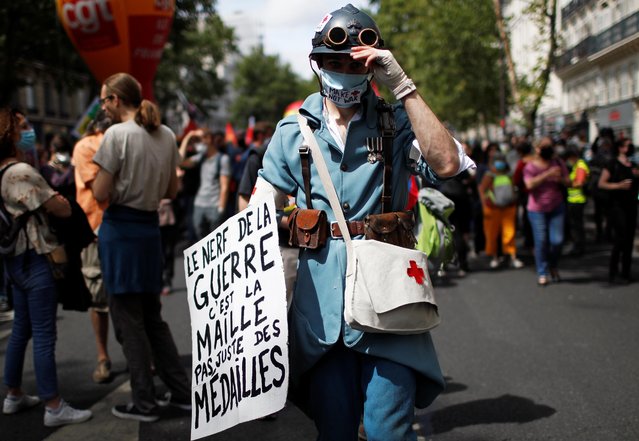 French health workers attend a demonstration on the Bastille Day in Paris, as part of a nationwide day of actions to urge the French government to improve wages and invest in public hospitals, in France, July 14, 2020. (Photo by Gonzalo Fuentes/Reuters) 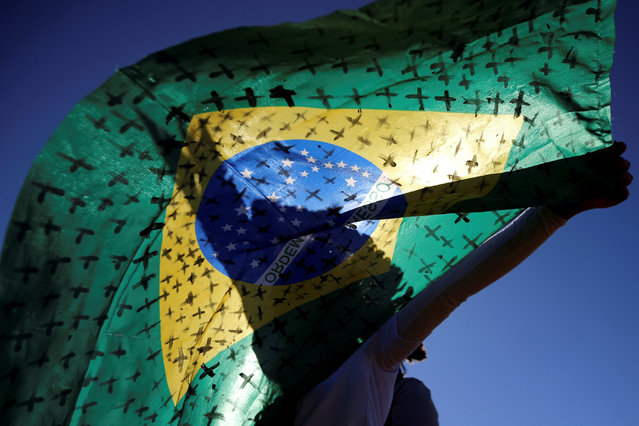 An activist holds a Brazilian flag painted with crosses symbolising the ones who died from the coronavirus disease (COVID-19) in front of the National Congress during a protest against Brazil's President Jair Bolsonaro in Brasilia, Brazil on July 14, 2020. (Photo by Adriano Machado/Reuters) 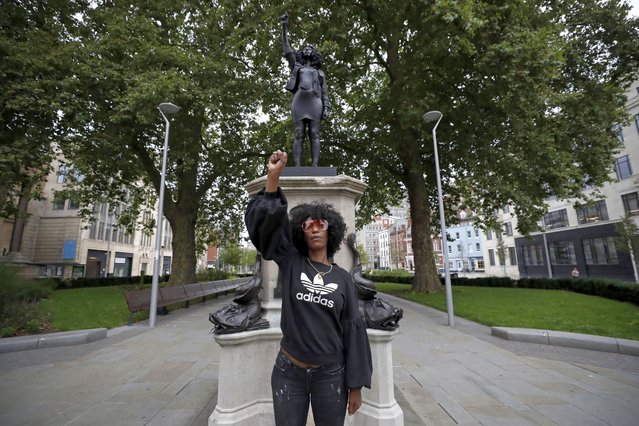 Jen Reid poses for photographs in front of the new black resin and steel statue portraying her, entitled “A Surge of Power (Jen Reid) 2020” by artist Marc Quinn after the statue was put up this morning on the empty plinth of the toppled statue of 17th century slave trader Edward Colston, which was pulled down during a Black Lives Matter protest in Bristol, England, Wednesday, July 15, 2020. On June 7 anti-racism demonstrators pulled the 18-foot (5.5 meter) bronze likeness of Colston down, dragged it to the nearby harbor and dumped it in the River Avon – sparking both delight and dismay in Britain and beyond. (Photo by Matt Dunham/AP Photo) 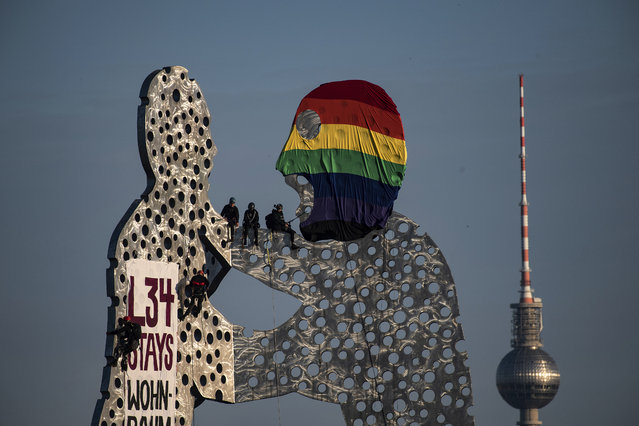 Activists occupy the Molecule Man sculpture to draw attention to Liebig 34, a squat and collective in the district of Friedrichshain, which is threatened by eviction in Berlin, Germany on July 14, 2020. One of the figures was put on a balaclava in rainbow colours by several climbers. (Photo by Paul Zinken/AP Photo/dpa) 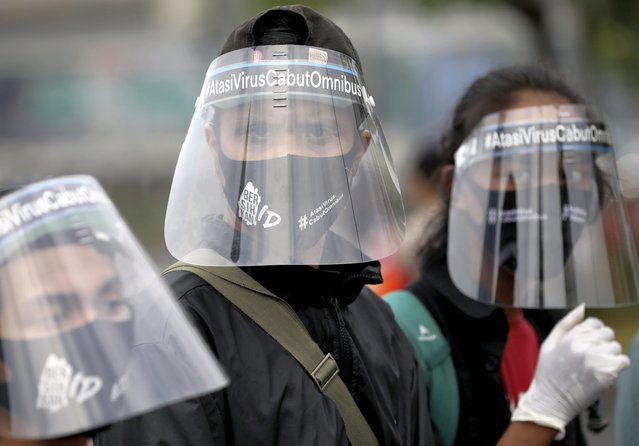 Activists wearing protective face shields as a precaution against the new coronavirus outbreak attend a small protest outside the parliament in Jakarta, Indonesia, Tuesday, July 14, 2020. About a dozen activists staged the protest opposing the government's omnibus bill on job creation that was intended to boost economic growth and create jobs, saying that it undermined labor rights and environmental protection. (Photo by Dita Alangkara/AP Photo) 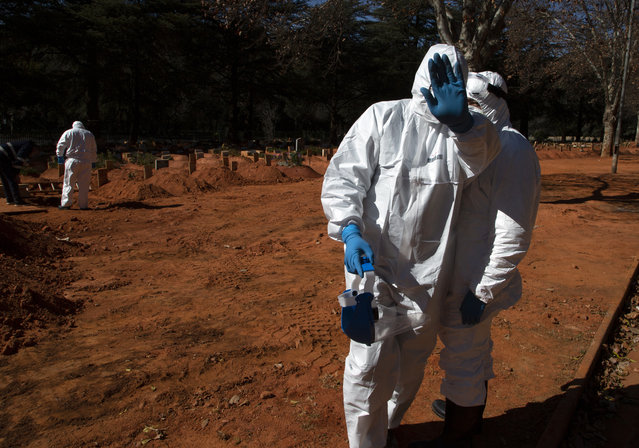 Undertakers in protective personal equipment prepare for a Muslim burial at Johannesburg's main Westpark Cemetery, Tuesday, July 14, 2020. Graves are being prepared across the country as it faces a possible shortages of COVID-19 beds and oxygen supply as the country heads towards its coronavirus peak. (Photo by Denis Farrell/AP Photo) 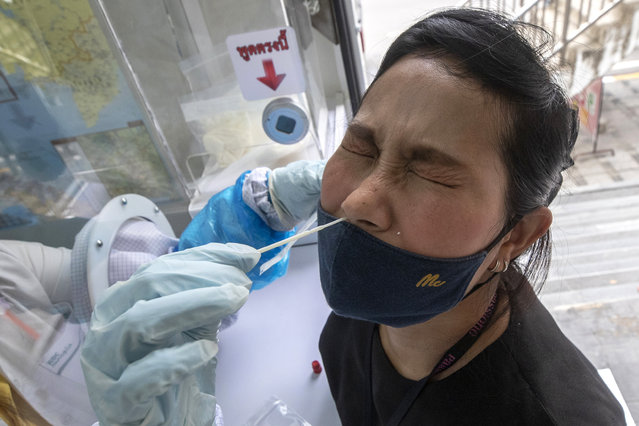 A health worker collects a nasal swab from a woman for a coronavirus test in Rayong province, Thailand, Tuesday, July 14, 2020. Authorities set up testing for anyone concerned they might have come into contact with an Egyptian soldier who visited a shopping mall in Rayong last week and then tested positive for COVID-19. In Thailand, where there has been no reports of locally transmitted cases for seven weeks, health authorities were rushing to trace the contacts of two recent foreign arrivals in the country who were infected with the coronavirus and may have violated quarantine rules. (Photo by Sakchai Lalit/AP Photo) 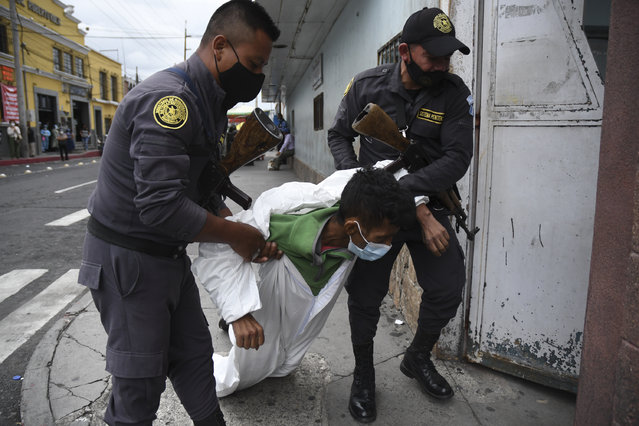 Penitentiary system guards carry an inmate with symptoms related to the novel coronavirus at the COVID-19 unit of San Juan de Dios hospital in Guatemala City on July 13, 2020. (Photo by Johan Ordonez/AFP Photo) 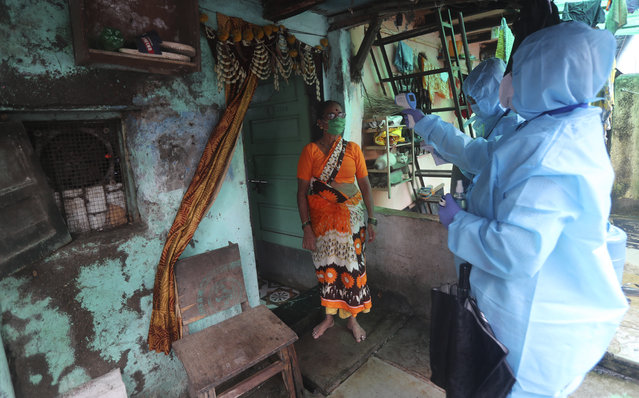 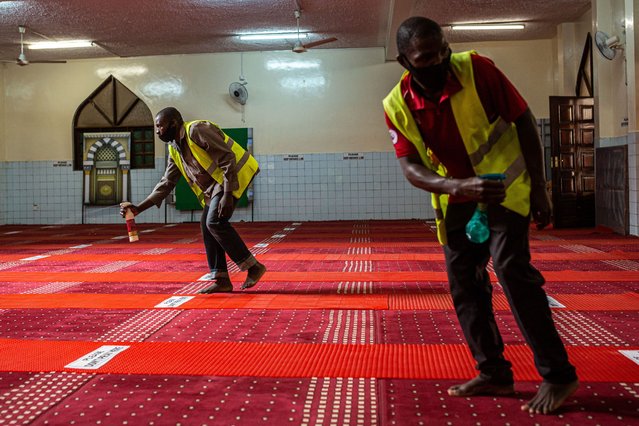 Staff spray disinfectant before a prayer at the Abubakar Mosque in Eastleigh, Nairobi, on July 14, 2020, as all worship places in Kenya resume their services with restrictions limiting 100 people per session in less than an hour. (Photo by Patrick Meinhardt/AFP Photo)
Edit Del
16 Jul 2020 00:03:00, post received 0 comments
Publication archive:
←   →
Popular tags:
All tags
Last searches: