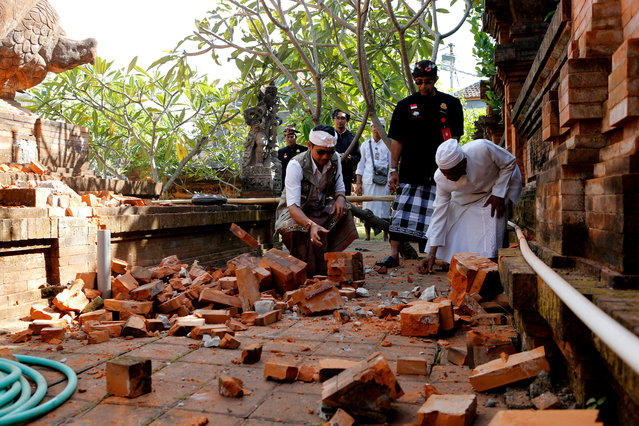 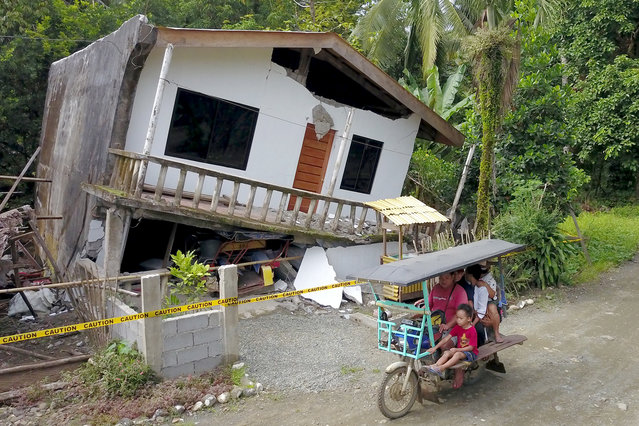 A motorist drives past a destroyed house after a large earthquake that hit Surigao City, in southern island of Mindanao on July 15, 2019. Fifty-one people were injured and several homes, churches and other buildings damaged on Saturday when an earthquake sent terrified residents of the southern Philippines fleeing their homes before dawn, police said. (Photo by Erwin Mascarinas/AFP Photo) 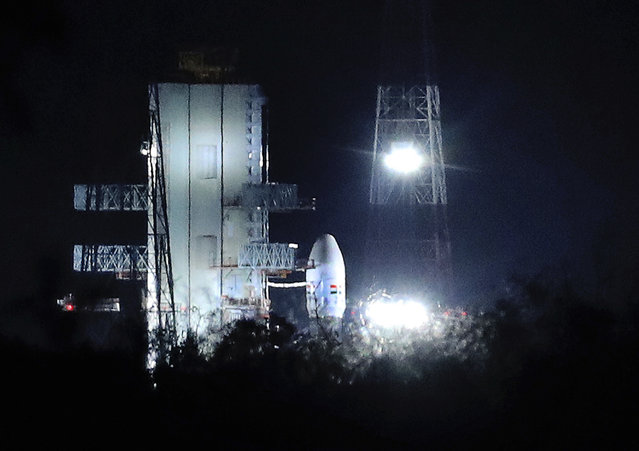 Indian Space Research Organization (ISRO)'s Geosynchronous Satellite launch Vehicle (GSLV) MkIII carrying Chandrayaan-2 stands at Satish Dhawan Space Center after the mission was aborted at the last minute at Sriharikota, in southern India, Monday, July 15, 2019. India has called off the launch of a moon mission to explore the lunar south pole. The Chandrayaan-2 mission was aborted less than an hour before takeoff on Monday. An Indian Space Research Organization spokesman says a “technical snag” was observed in the 640-ton launch-vehicle system. (Photo by Manish Swarup/AP Photo) 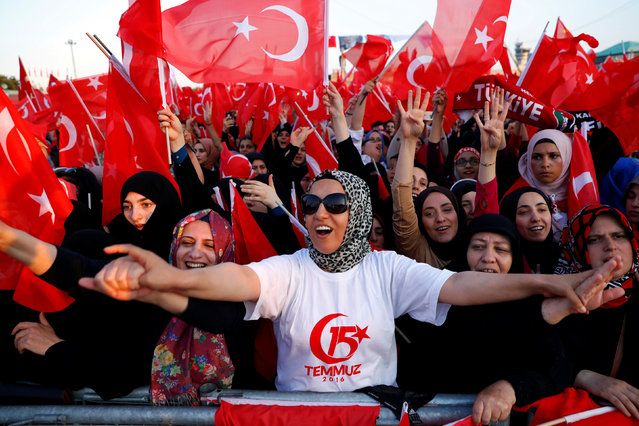 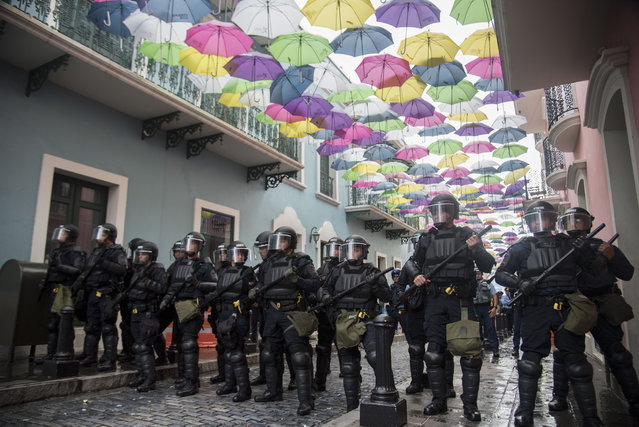 Police block protesters from advancing to La Fortaleza governor's residence in San Juan, Puerto Rico, Sunday, July 14, 2019. Protesters are demanding Gov. Ricardo Rosselló step down for his involvement in a private chat in which he used profanities to describe an ex-New York City councilwoman and a federal control board overseeing the island's finance. (Photo by Carlos Giusti/AP Photo) 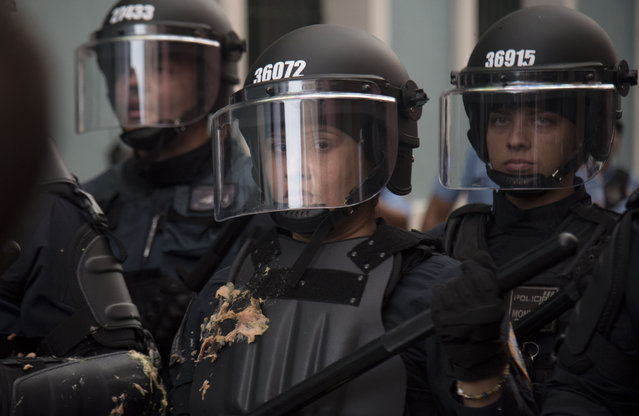 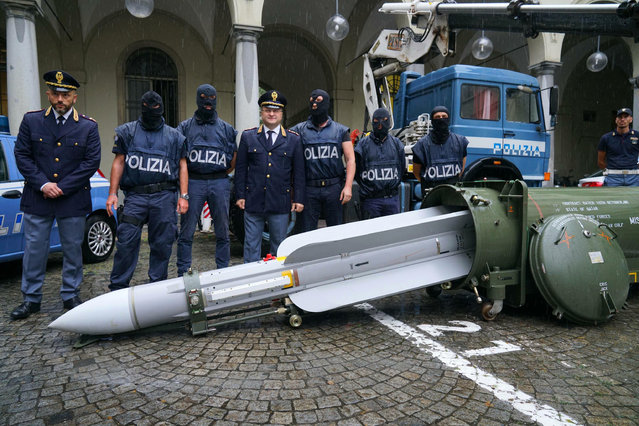 Police stand by a missile seized at an airport hangar near Pavia, northern Italy, following an investigation into Italians who took part in the Russian-backed insurgency in eastern Ukraine, in Turin, Italy, Monday, July 15, 2019. Police in northern Italy have detained three men, including one tied to a neo-fascist Italian political party, after uncovering a huge stash of automatic weapons, a missile and Nazi propaganda. (Photo by Tino Romano/ANSA via AP Photo) 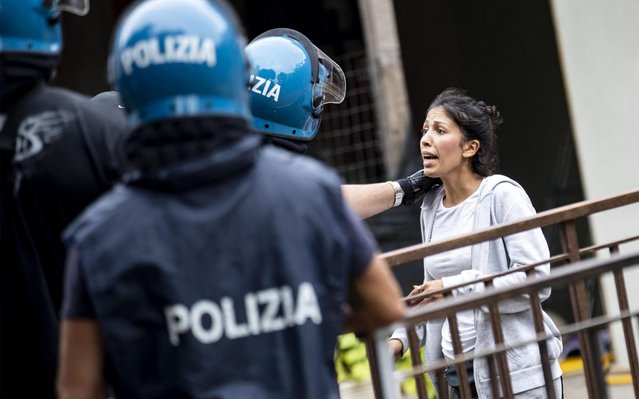 Police officers talk with occupants in the former occupied school in Via Cardinal Domenico Capranica in Primavalle Neighborhood, Rome, Italy on July 15, 2019. Police evicting squatters from a former school on the outskirts of Rome were showered with objects from the windows. (Photo by Massimo Percossi/EPA/EFE/Rex Features/Shutterstock) 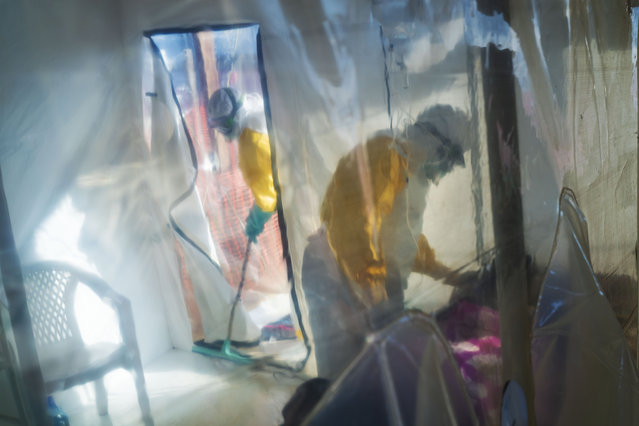 In this photograph taken Saturday 13 July 2019, health workers wearing protective suits tend to to an Ebola victim kept in an isolation cube in Beni, Congo DRC. The Congolese health ministry is confirming the country's first Ebola case in the provincial capital of 2 million, Goma, some 360 kms ( 225 miles) south of Beni. More than 1,600 people in eastern Congo have died as the virus has spread in areas too dangerous for health teams to access. (Photo by Jerome Delay/AP Photo) 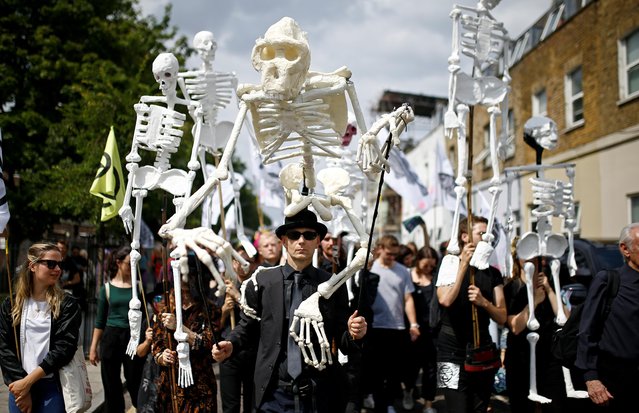 Extinction Rebellion activists march through East London, Britain on July 13, 2019. Extinction Rebellion are a socio-political movement which uses civil disobedience and nonviolent resistance to protest against climate breakdown, biodiversity loss, and the risk of social and ecological collapse. (Photo by Henry Nicholls/Reuters) 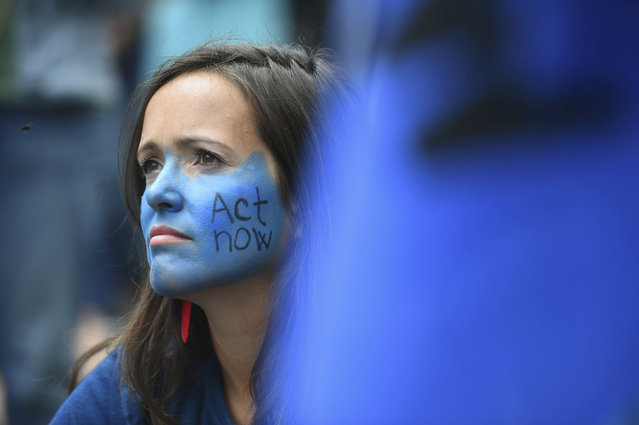 Protesters from from the environmental pressure group Extinction Rebellion demonstrate outside the Royal Courts of Justice in London, Monday July 15, 2019. Environmental campaigners are blocking some roads across the UK on Monday, as they protest against what they allege is “inaction” on climate change. (Photo by Kirsty O'Connor/PA via AP Photo) 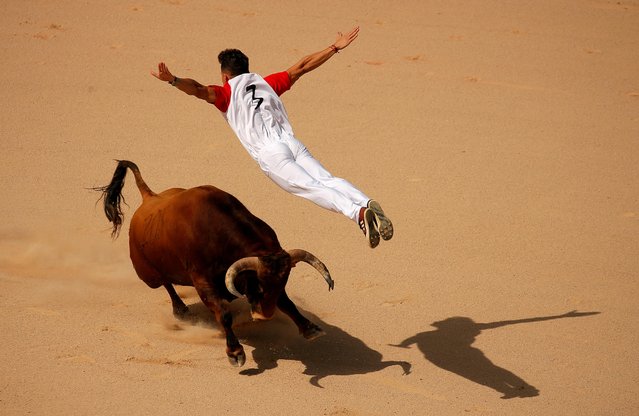 A recortador jumps over a bull during a contest in a bullring at the San Fermin festival in Pamplona, Spain, July 13, 2019. (Photo by Jon Nazca/Reuters) 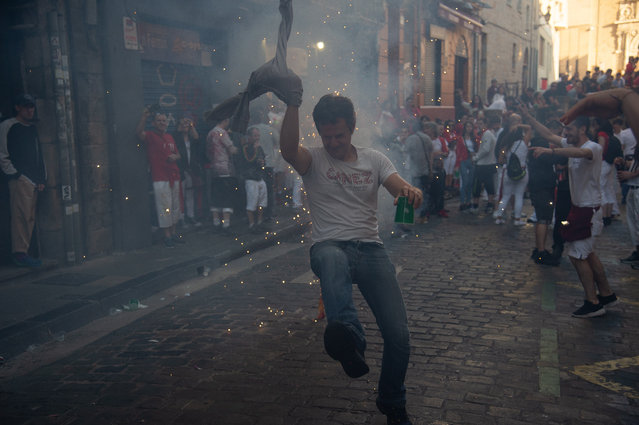 Several revelers take part in the “encierro” called “Villavesa” in the morning after Sanfermines festivities in downtown Pamplona, northern Spain, 15 July 2019.The traditional Villavesa “running-with-the-bulls” is a tradition held by the revelers to try to prolong the festivities by means of taking part in a fake encierro in which the runners are chased by a man on a bike disguised as local cycling legend Miguel Indurain. (Photo by Inaki Porto/EPA/EFE) 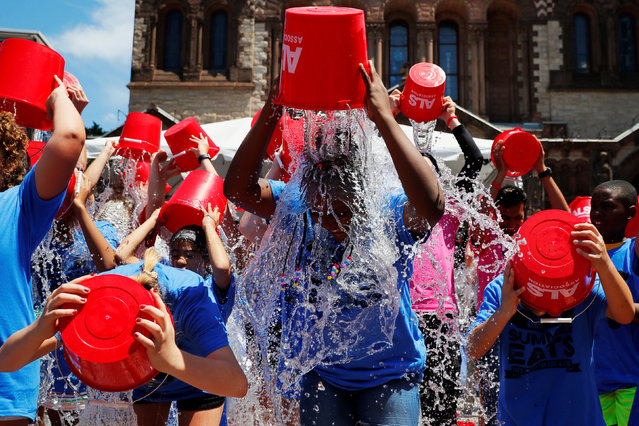 Eleven-year-old Jahziyah Jones, with a crowd of others, pours a bucket of ice water over her head during an event to commemorate the five year anniversary of the “ALS Ice Bucket Challenge”, a viral activity started by Pete Frates and Pat Quinn to raise money for research into the ALS disease, in Boston, Massachusetts, U.S., July 15, 2019. (Photo by Brian Snyder/Reuters) 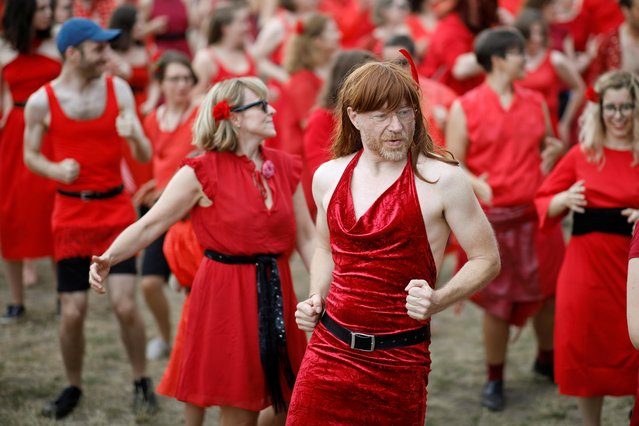 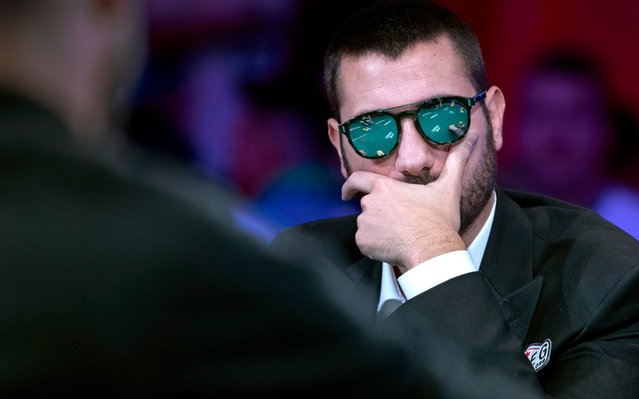