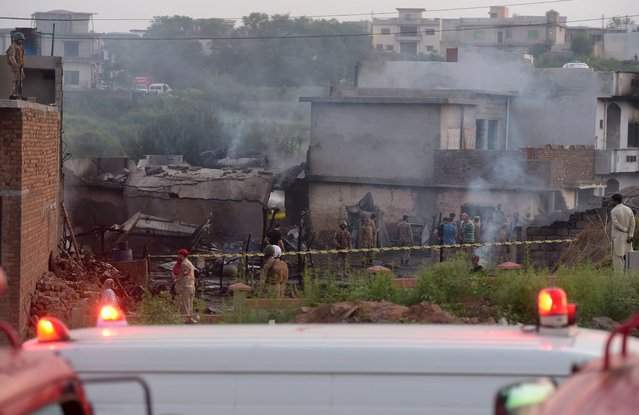 Soldiers and other personnel work at the scene where a Pakistani Army Aviation Corps aircraft crashed in Rawalpindi on July 30, 2019. Fifteen people were killed when a small plane crashed into a residential area in the Pakistani city of Rawalpindi near the capital Islamabad, a rescue official told AFP early July 30. (Photo by Aamir Qureshi/AFP Photo) 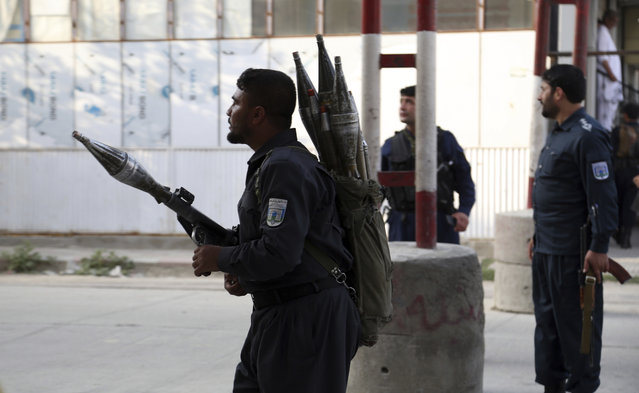 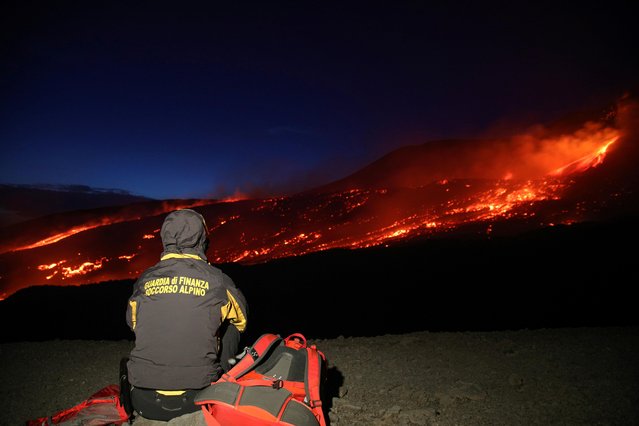 Carabinieri officer Mario Cerciello Rega's wife, Rosa Maria, right, follows the coffin containing the body of her husband during his funeral in his hometown of Somma Vesuviana, near Naples, southern Italy, Monday, July 29, 2019. Two American teenagers were jailed in Rome on Saturday as authorities investigate their alleged roles in the fatal stabbing of the Italian police officer on a street near their hotel. (Photo by Andrew Medichini/AP Photo) 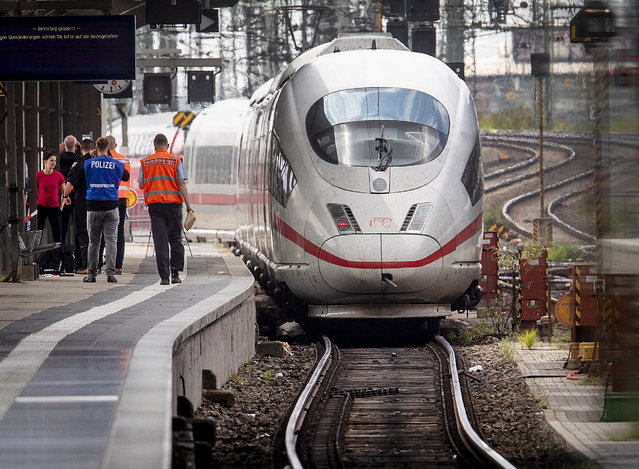 A police officer walks next to an ICE highspeed train at the main station in Frankfurt, Germany, Monday, July 29, 2019. An 8-year-old boy was run over by a train and killed at Frankfurt's main station on Monday after a man pushed him and his mother onto the tracks. The mother was able to escape but the boy was hit and run over by the train and suffered fatal injuries. (Photo by Michael Probst/AP Photo) 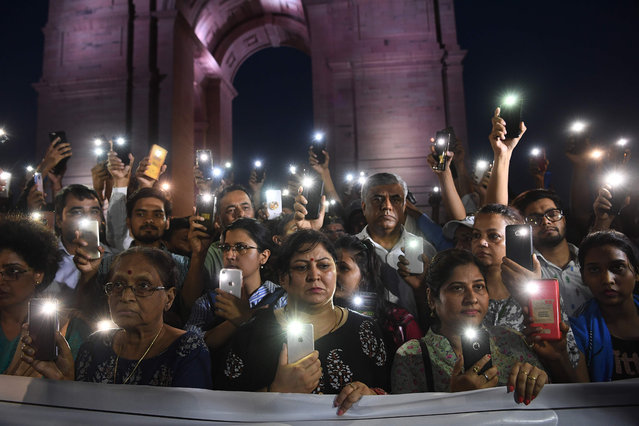 Indian social activists uses their mobile light as they take part in a solidarity rally in front of India Gate monument for the Unnao rape victim in New Delhi on July 29, 2019. An Indian teenager who accused a senior politician of rape is fighting for her life after being critically injured in a crash on July 28, 2019 that killed two relatives, raising suspicions of foul play. (Photo by Sajjad Hussain/AFP Photo) 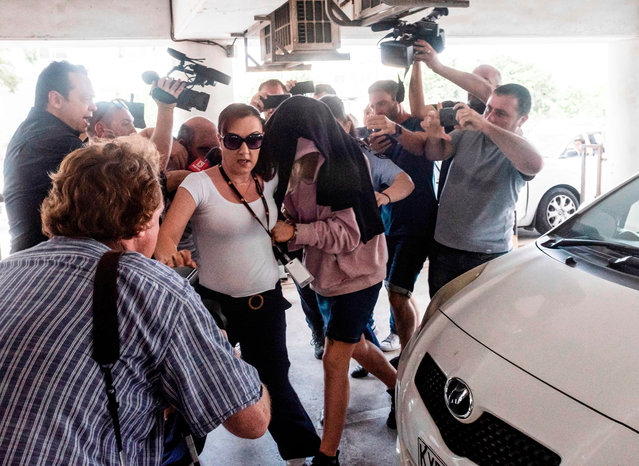 This picture taken on July 29, 2019 shows a British teenager who accused seven Israelis of gang rape arriving at the Famagusta District Court in Paralimni in eastern Cyprus, to face charges of making a false allegation. Initially, the 19-year-old woman had alleged that 12 Israelis gang raped her at the hotel where she was staying in the popular Ayia Napa resort on July 17. The young Israeli tourists were remanded in custody the next day. But hours before their second appearance in court five of them were released and sent home late the next day. (Photo by Iakovos Hatzistavrou/AFP Photo) 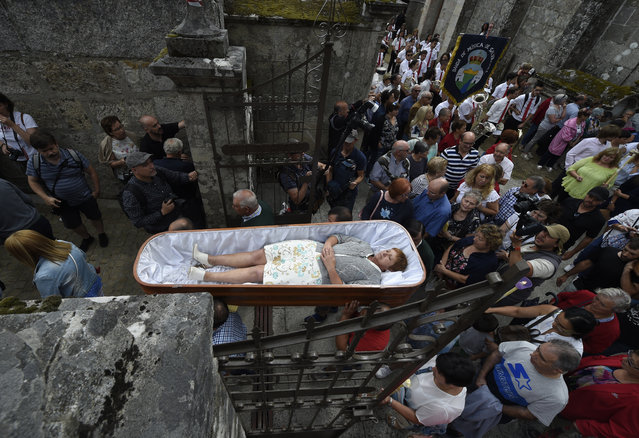 A woman is carried in a coffin by relatives during the annual “Procession of the Shrouds” to celebrate Saint Martha “the Saint of resurrection” in the village of Santa Marta de Ribarteme, northwestern Spain, near Nieves, on July 29, 2019. People who have escaped death lie in caskets and are carried in procession by relatives in a thankful gesture for being kept alive. (Photo by Miguel Riopa/AFP Photo) A woman lies inside coffins as they are carried during the traditional pilgrimage to Saint Marta de Ribarteme, Galicia, Spain, 29 July 2019. The festival is held to show the gratitude of people who once asked for good health while being ill. People who recovered are carried in procession inside coffins. Children who regained their health are not allowed to take part in the pilgrimage, but small white empty coffins are taken instead to represent them. (Photo by Salvador Sas/EPA/EFE) 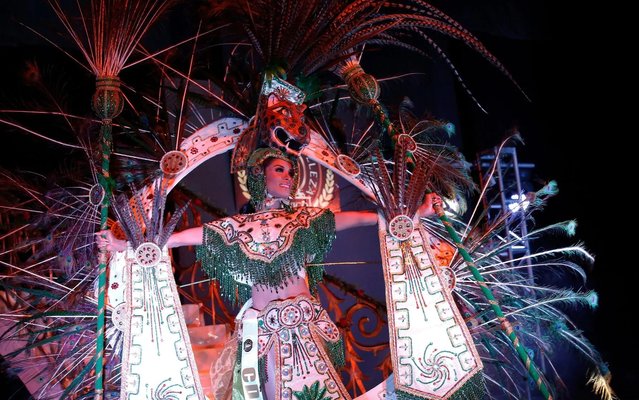 A contestant in the Miss Transgender Beauty pageant from Mexico City competes in a regional costume in Mexico City, Saturday, July 27, 2019. In all, 21 transgender beauty queens representing different Mexican states participated in the three-part competition. They were judged on bikini wear, regional dress and formal wear. (Photo by Ginnette Riquelme/AP Photo) 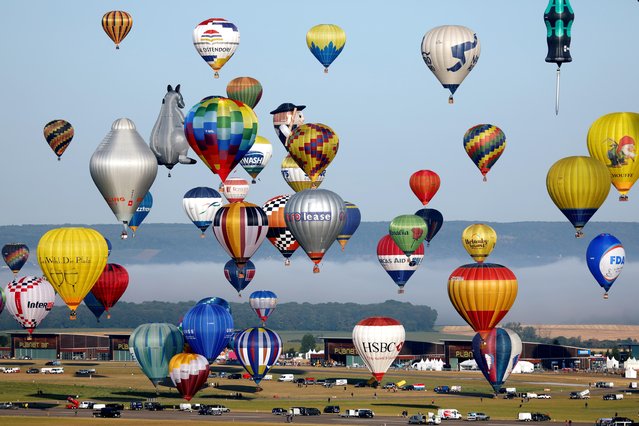 Hundreds of hot air balloons take part in the Great Line at the Mondial Air Ballons festival, in an attempt to break the 2017 record of 456 balloons aligning in an hour, in Chambley, France, July 29, 2019. (Photo by Charles Platiau/Reuters) 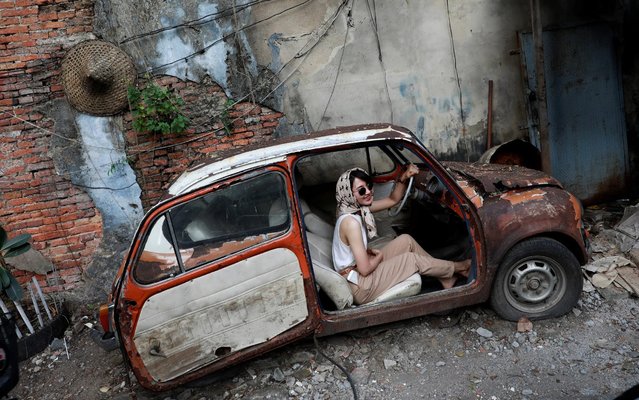