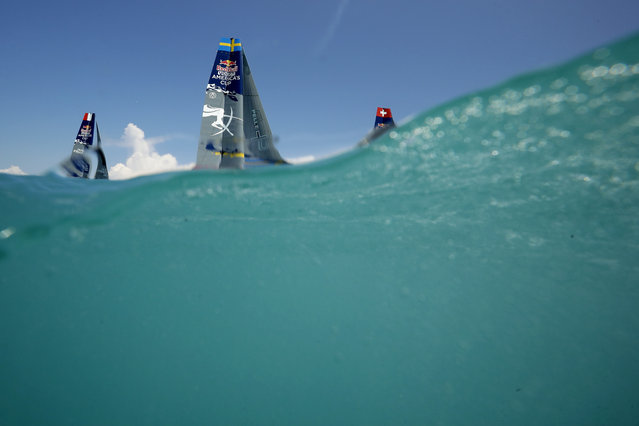 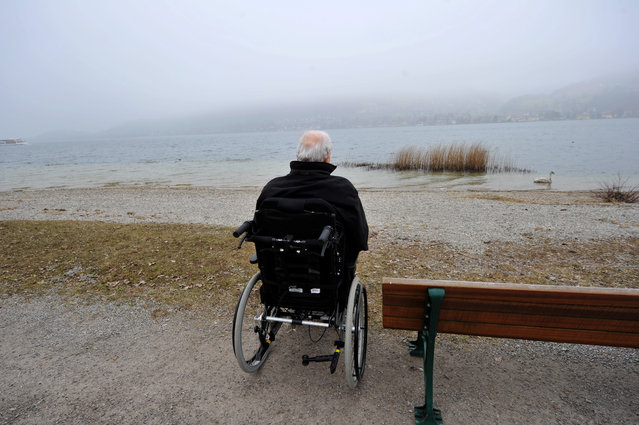 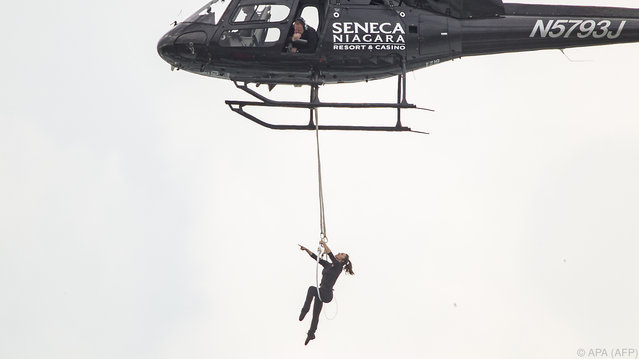 Aerialist Erendira Wallenda hangs beneath a helicopter during a stunt over the Horseshoe Falls at Niagara Falls, New York, June 15, 2017. (Photo by Geoff Robins/AFP Photo) 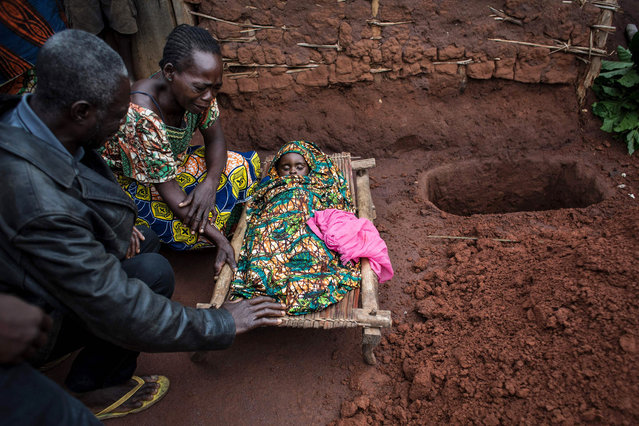 Relatives mourn the death of a fifteen month old baby after she passed away as an outbreak of malaria hit their village on June 13, 2017 in Muma. The province of Bas Uele registered four deaths and eight cases. (Photo by John Wessels/AFP Photo) 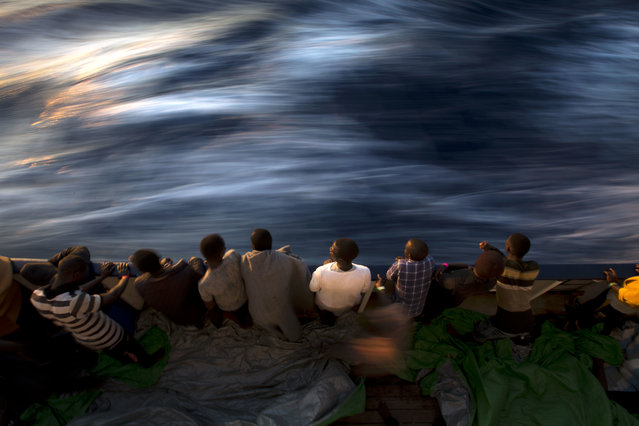 Migrants and refugees stand on the deck of the rescue vessel Golfo Azzurro after being rescued by Spanish NGO Proactiva Open Arms workers on the Mediterranean Sea, Friday, June 16, 2017. A Spanish aid organization Thursday rescued more than 600 migrants who were attempting the perilous crossing of the Mediterranean Sea to Europe in packed boats from Libya. (Photo by Emilio Morenatti/AP Photo) 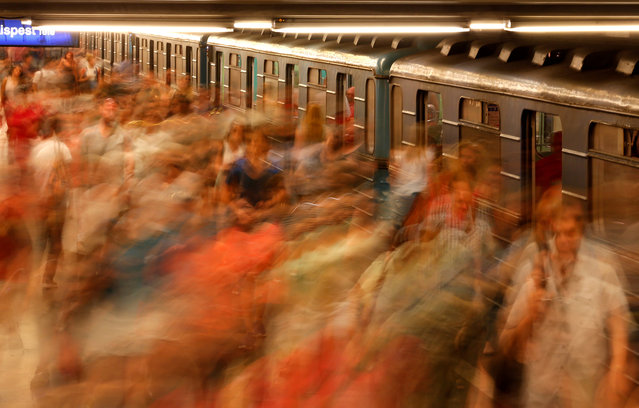 Commuters walk during the evening rush after arriving at a subway station in Budapest, Hungary, June 13, 2017. (Photo by Laszlo Balogh/Reuters) 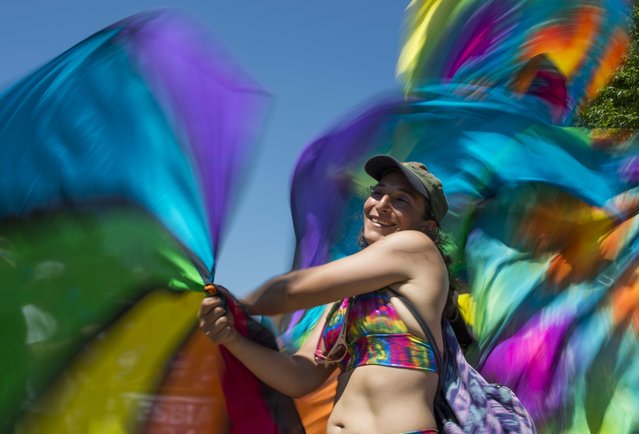 A woman spins rainbow flags as she takes part in the Equality March for Unity & Pride parade in Washington DC, June 11, 2017. (Photo by Andrew Caballero-Reynolds/AFP Photo) 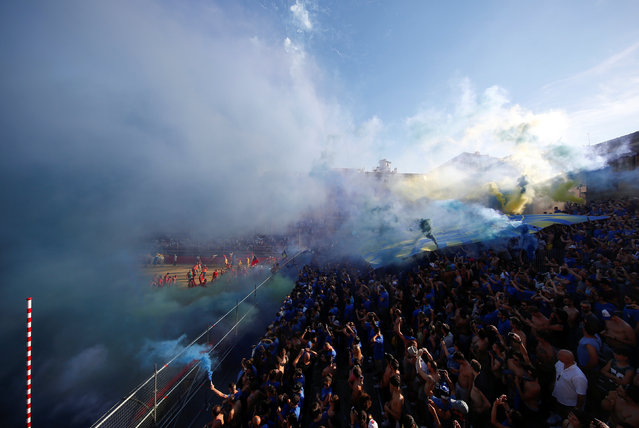 Azzurrii (blue) Santa Croce supporters light flares before the Calcio Fiorentino (historic football) semifinal match against Bianchi (white) Santo Spirito at Santa Croce Square in Florence, Italy, June 11, 2017. Giovanni de' Bardi published the rules of the game in 1580, which is played on a field of sand by 27 players allowed to use feet and hands to play the ball. (Photo by Alessandro Bianchi/Reuters) 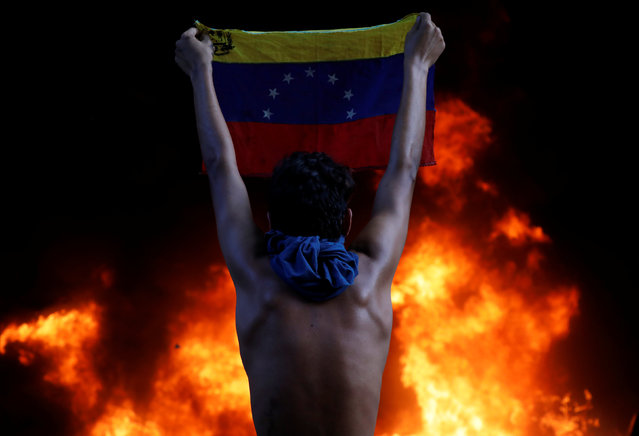 A protester holds a national flag as a bank branch, housed in the magistracy of the Supreme Court of Justice, burns during a rally against Venezuela's President Nicolas Maduro, in Caracas, Venezuela June 12, 2017. (Photo by Carlos Garcia Rawlins/Reuters) 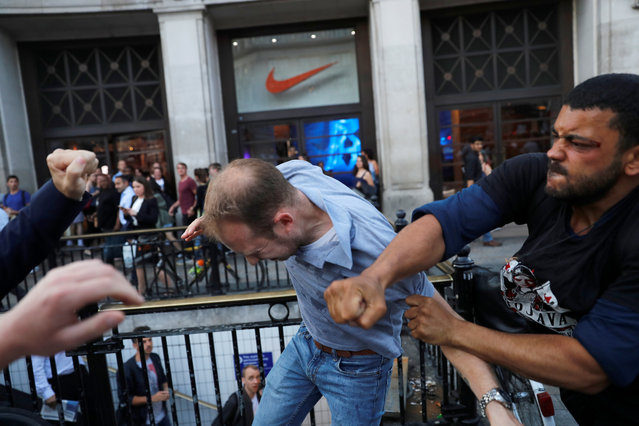 Two demonstrators fight with each other during a protest in the West End following the fire that destroyed The Grenfell Tower block on Friday June 16, 2017. Grief over a London high-rise tower fire that killed dozens turned to outrage Friday amid reports that the materials used in a recent renovation of the public housing block may have fueled the inferno. (Photo by Stefan Wermuth/Reuters) 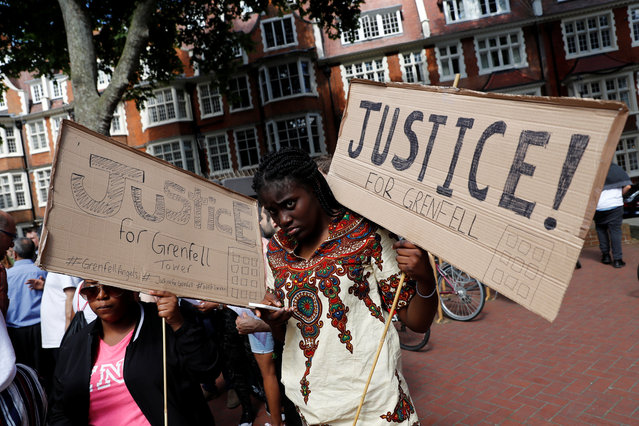 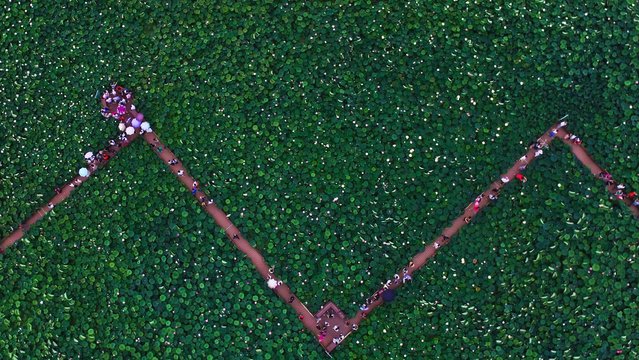 Visitors view lotus flowers at a park in Tongling, in China's eastern Anhui province on June 10, 2017. (Photo by AFP Photo/Stringer) 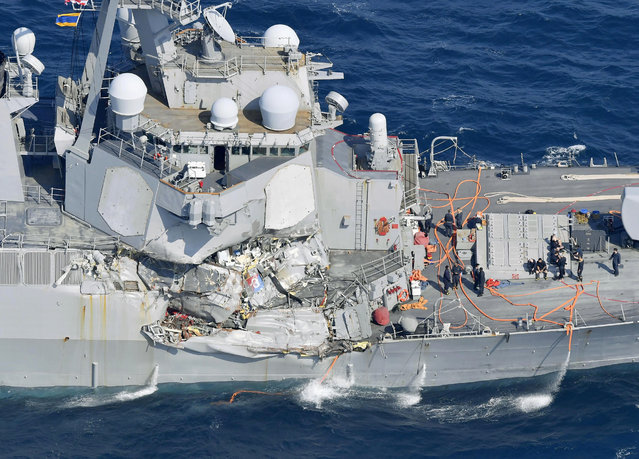 The damage of the right side of the USS Fitzgerald is seen off Shimoda, Shizuoka prefecture, Japan, after the Navy destroyer collided with a merchant ship, Saturday, June 17, 2017. The U.S. Navy says the USS Fitzgerald suffered damage below the water line on its starboard side after it collided with a Philippine-flagged merchant ship. (Photo by Iori Sagisawa/Kyodo News via AP Photo) 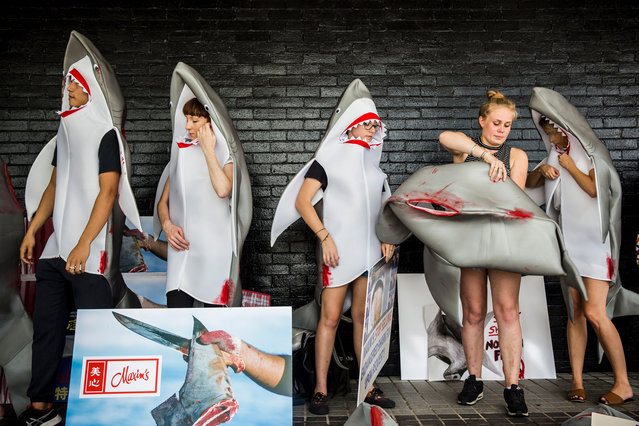 A shark fin activist (2nd R) puts a shark suit on to protest Maxim's flag ship restaurant “Maxim's Palace”, the largest Chinese restaurant group, for selling threatened and endangered shark species in Hong Kong on June 10, 2017. Dozens of activists dressed in bloody shark costumes laid in front of the entrance of one of Hong Kong's most popular restaurants to protest against the finning of the marine predators. (Photo by Isaac Lawrence/AFP Photo) 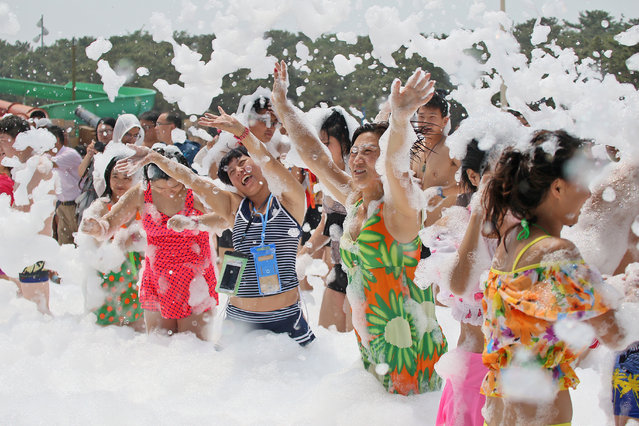 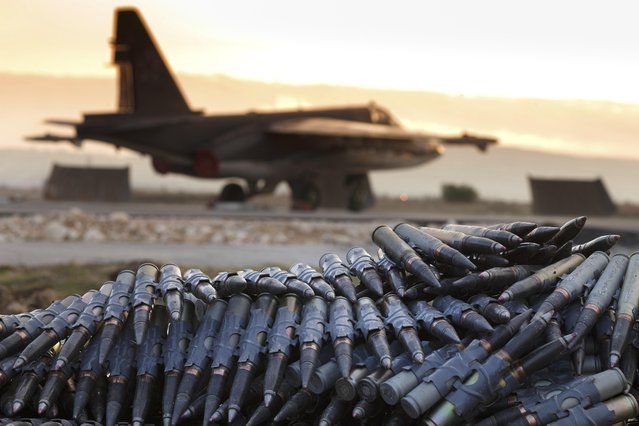 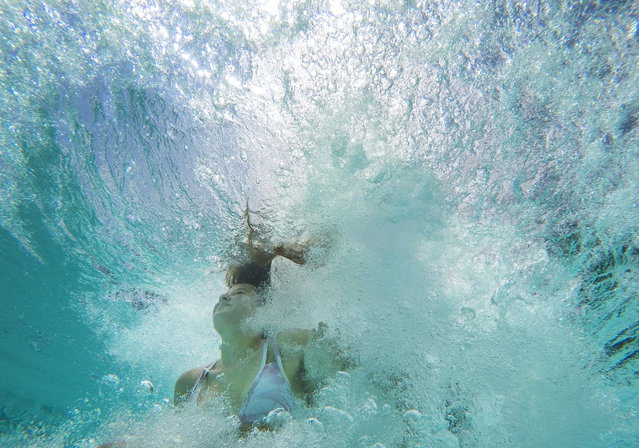 Sarah O'Toole, 16, cools off and jumps into a pool during a warm spell on June 12, 2017 in Myersville, Md. (Photo by Ricky Carioti/The Washington Post) 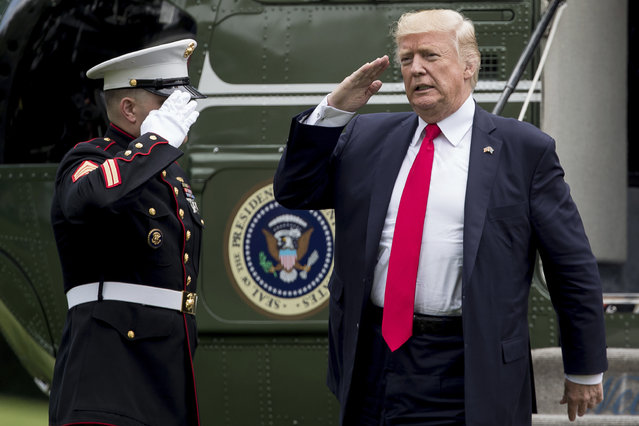