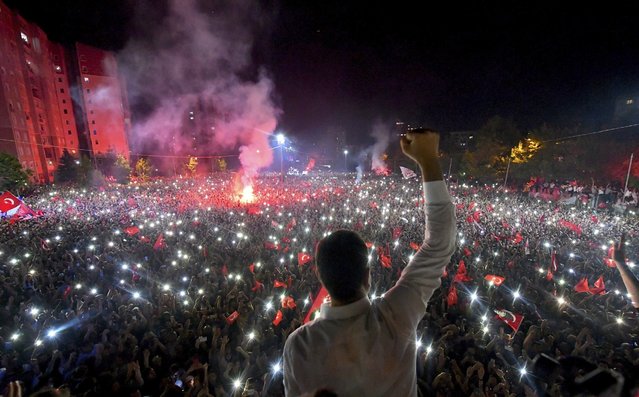 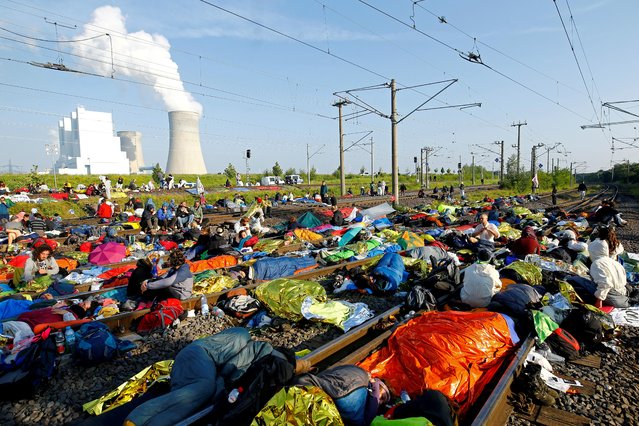 Activists are blocking the tracks of the Hambach Railway in North Rhine-Westphalia, Germany on June 22, 2019. The Hambach Railway is an open-cast connecting railway line in RWE Power's private network in the Rhenish lignite mining area. It connects the Hambach open-cast mine to the north-south railway, which supplies the power plants in Niederaussem, Frimmersdorf and Neurath with lignite. (Photo by Thilo Schmuelgen/Reuters) 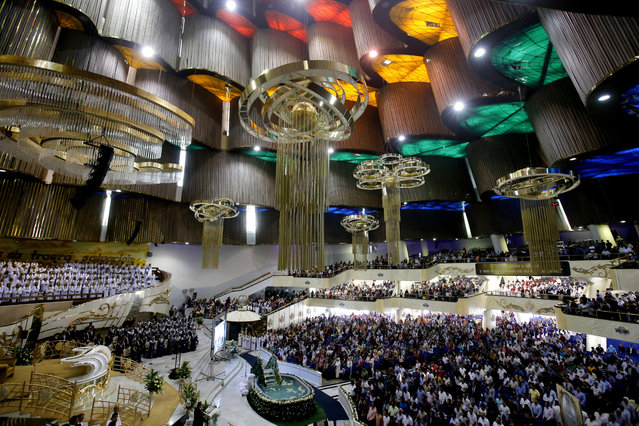 Faithful participate in the baptism day of the “La Luz Del Mundo” (Light of the World) church in Guadalajara, State of Jalisco, Mexico, on June 23, 2019. The international pentecostal religious organization based in Mexico – which leader Naason JoaquÌn GarcÌa is in custody in California accused of crimes that include human trafficking, child p*rnography and child rape – has five million believers in different locations worldwide. (Photo by Ulises Ruiz/AFP Photo) 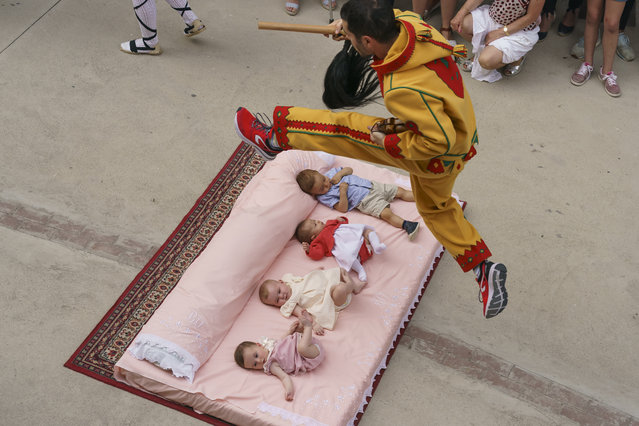 The “Colacho”, a character that represents the devil, jumps over babies lying on a mattress in the street during “El Salto del Colacho” (The Devil's Jump) baby jumping festival, in the village of Castrillo de Murcia, near Burgos, on June 23, 2019. “El Colacho” is a traditional Spanish ritual dating back to 1620 during which men representing the Devil jump over babies born in the last twelve months of the year and takes place annually to celebrate the Catholic feast of Corpus Christi. (Photo by Cesar Manso/AFP Photo) 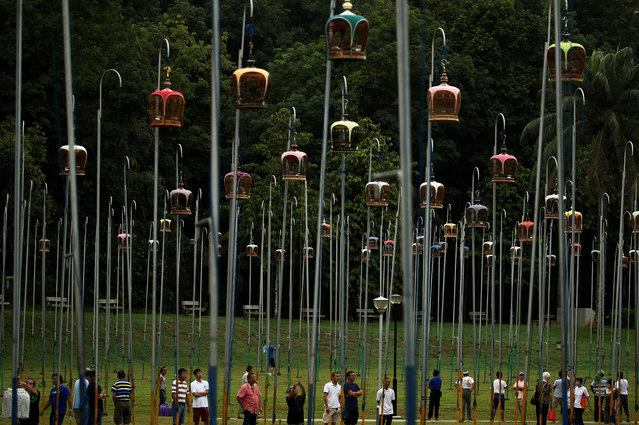 Participants and bird owners wait for the start of the merbok (zebra dove) bird singing competition at the Kebun Baru Birdsinging Club in Singapore on June 23, 2019. (Photo by Edgar Su/Reuters) 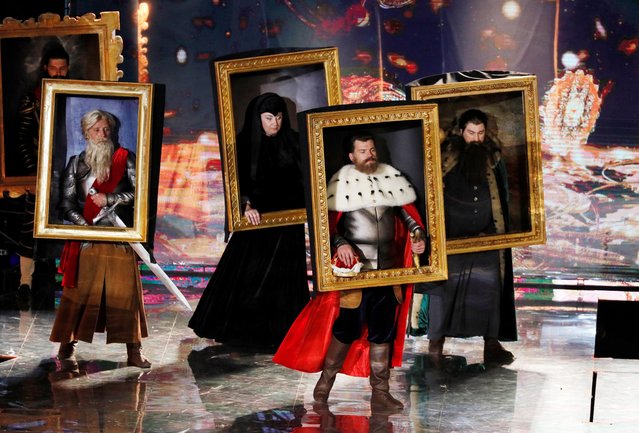 A eneral view of the entertainment during the opening ceremony of the 2019 European Games in Minsk, Belarus on June 21, 2019. (Photo by Valentyn Ogirenko/Reuters) 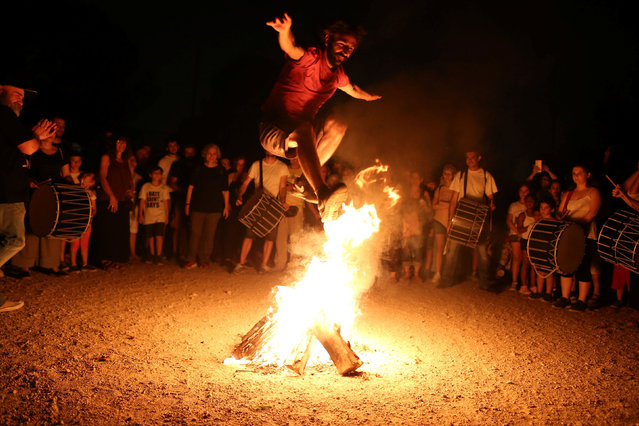 A man jumps over a fire during the annual Klidonas event that takes place on the feast of Saint John the Baptist, in Athens on June 24, 2019. (Photo by Costas Baltas/Reuters) 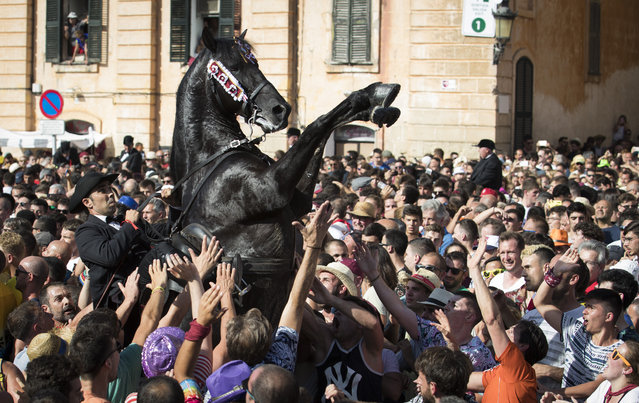 A horse rears in the crowd during the “Caragol des Born”, a mass gathering of horses and people swirling to the rythm of the music during the traditional Sant Joan (Saint John) festival in the town of Ciutadella, on the Balearic Island of Minorca, on the eve of Saint John's day on June 23, 2019. (Photo by Jaime Reina/AFP Photo) 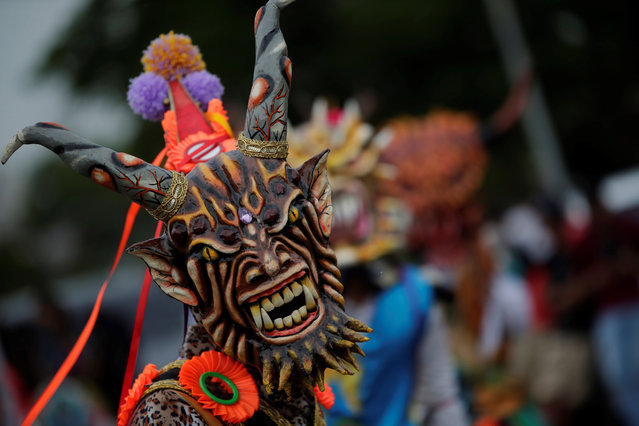 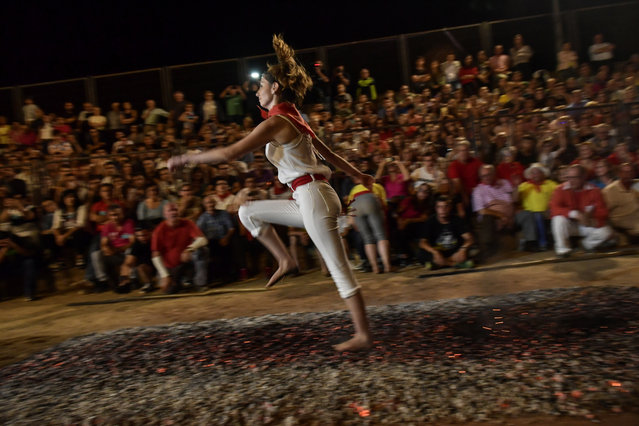 A woman walks on the burning embers during the night of San Juan in San Pedro Manrique, northern Spain, Monday, June 24, 2019. The night of San Juan, which welcomes the summer season, is an ancient tradition celebrated every year in various towns in Spain. (Photo by Alvaro Barrientos/AP Photo) 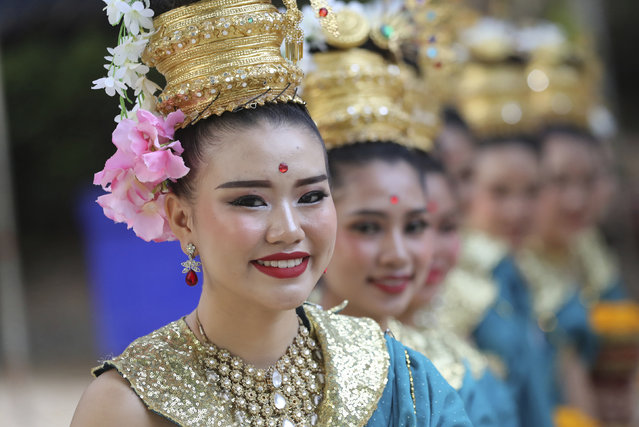 Thai tradition dancers prepare before a religious ceremony near the Tham Luang cave in Mae Sai, Chiang Rai province, Thailand Monday, June 24, 2019. The 12 boys and their coach attended a Buddhist merit-making ceremony at the Tham Luang to commemorate the one-year anniversary of their ordeal that saw them trapped in a flooded cave for more than two weeks. (Photo by Sakchai Lalit/AP Photo) 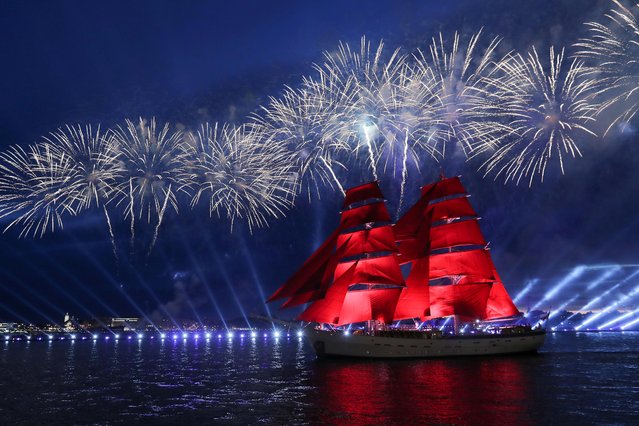 Fireworks explode over the Brig “Rossiya” (Russia) as it floats on the Neva River during the Scarlet Sails festivities marking school graduation in Saint Petersburg, Russia, June 24, 2019. (Photo by Anton Vaganov/Reuters) 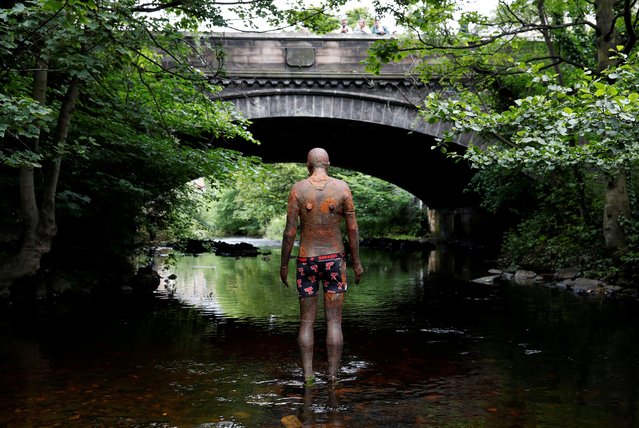 An Antony Gormley statue with an underwear on it stands in the Water of Leith Stockbridge, Edinburgh, Scotland, Britain on June 22, 2019. (Photo by Russell Cheyne/Reuters) 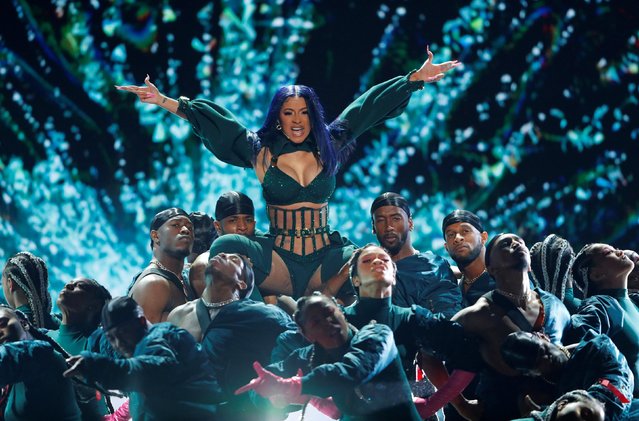 Cardi B performs onstage at the 2019 BET Awards on June 23, 2019 in Los Angeles, California. (Photo by Mike Blake/Reuters) 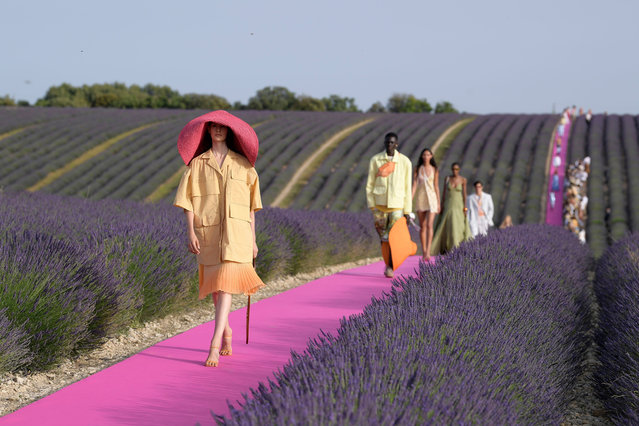