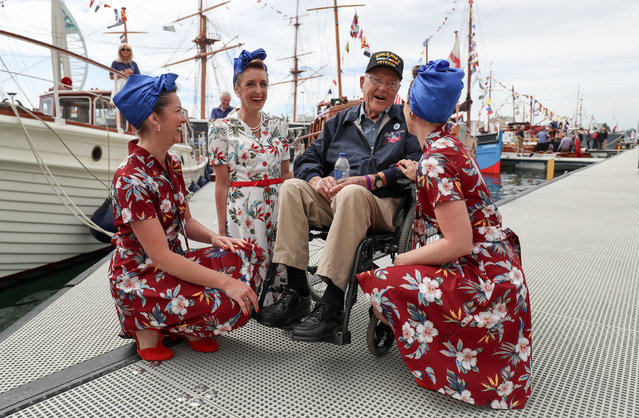 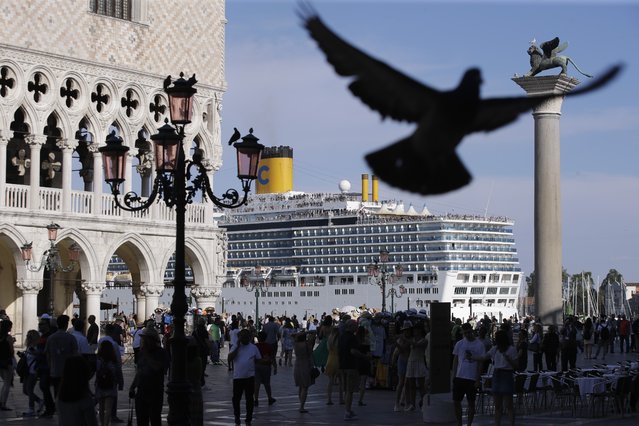 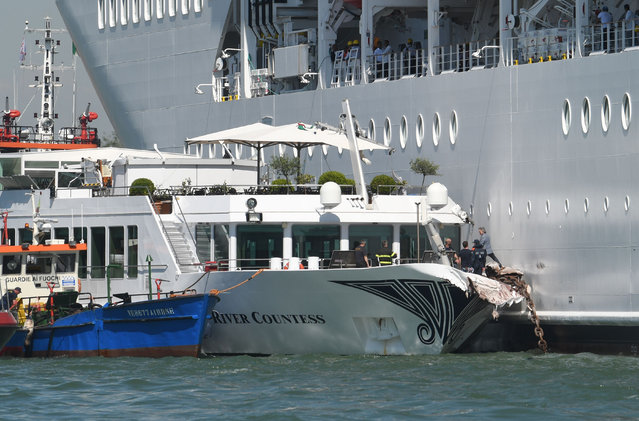 Rescuers stand onboard the damaged River Countess tourist boat after it was hit early on June 2, 2019 by the MSC Opera cruise ship (Rear) that lost control as it was coming in to dock in Venice, Italy. Tourists on land could be seen running away as the MSC Opera scraped along the dockside, its engine blaring, before knocking into the River Countess tourist boat. (Photo by Andrea Pattaro/AFP Photo) 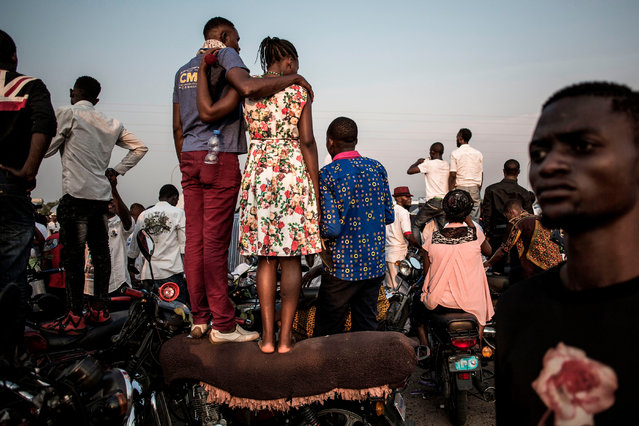 Supporters of late former DR Congo Prime Minister and opposition leader Etienne Tshisekedi, are seen along the road as they wait for his remains to come past ahead of his burial on June 01, 2019 in Kinshasa. The remains of Etienne Tshisekedi, the Democratic Republic of Congo's revered opposition leader, arrived in Kinshasa on May 30, in an emotion-laden moment for the country after his son Felix became president this year. An opponent of authoritarianism in DRC, Tshisekedi died in Belgium in February 2017 at the age of 84, and he was unable to witness his son's victory in bitterly contested election at the end of last year. (Photo by John Wessels/AFP Photo) 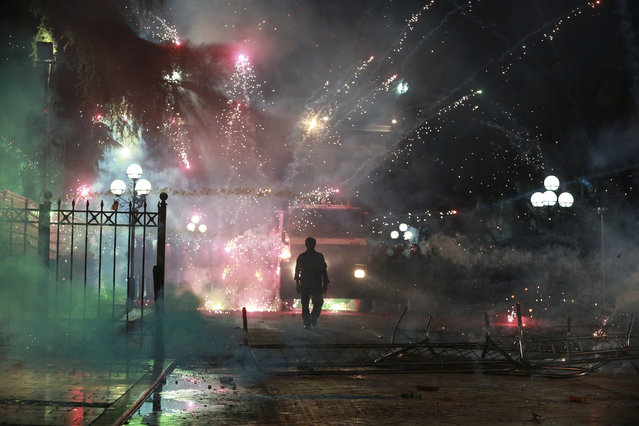 Α protester walks towards a police formation as fireworks explode, during an anti-government rally in Tirana, Sunday June 2, 2019. Some thousands of Albanian opposition supporters took to the streets again Sunday to demand new elections. (Photo by Hektor Pustina/AP Photo) 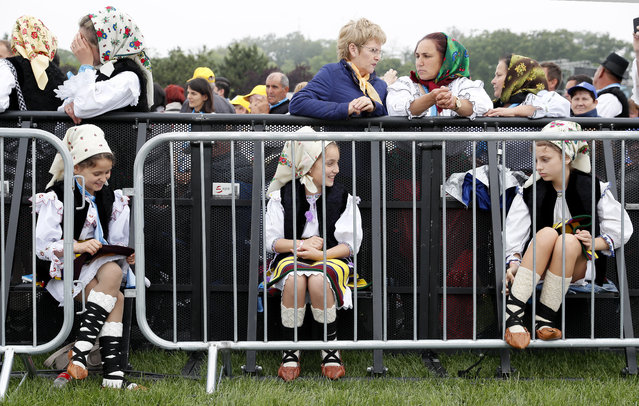 Three Romanian girls, dressed in traditional attire, chat as they wait for the beatification mass held by Pope Francis at “Campia Libertatii” field in Blaj, Romania, 02 June 2019. Pope Francis is on a three-day visit to Romania from 31 May to 02 June 2019. The pontiff visit takes place 20 years after Pope St. John Paul II's historic visit to Romania, having the motto “Let's Walk Together”. (Photo by Robert Ghement/EPA/EFE) 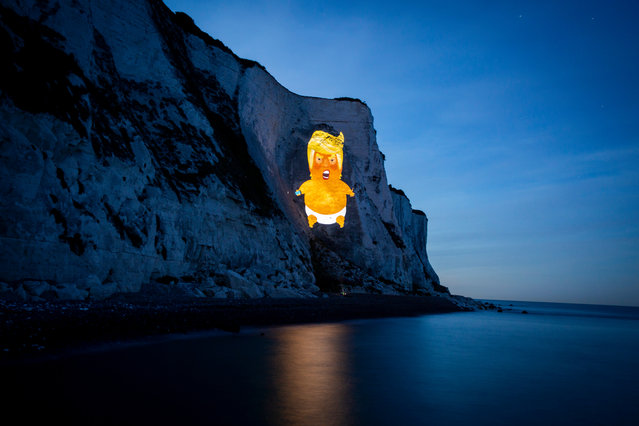 A giant projection of the Trump Baby lit up the White Cliffs of Dover on 1st June 2019 in Dover, United Kingdom. With the US President arriving in the UK this week, campaigners from the Trump Baby team, illuminated the cliffs with a projection of the baby. Trumps visit is expected to be met by widespread protest. The Trump Baby Inflatable, which captured the publics mood last time the President visited, is set to fly on Tuesday but only if a fundraising target of £30,000 is met to support groups affected by Trumps presidency. (photo by Andrew Aitchison/In Pictures via Getty Images) A participant attends a regional tractor racing competition Bizon-Track-Show outside of Rostov-on-Don, Russia on June 2, 2019. (Photo by Sergey Pivovarov/Reuters) 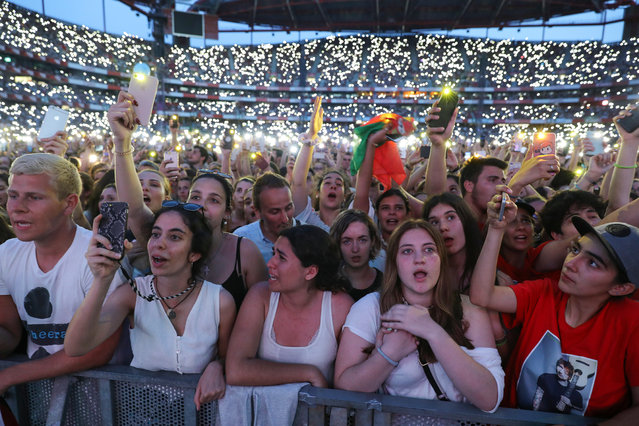 Fans cheer the english singer Ed Sheeran during his performance on stage at Luz Stadium, Lisbon Portugal, 01 June 2019. (Photo by Miguel A. Lopes/EPA/EFE) 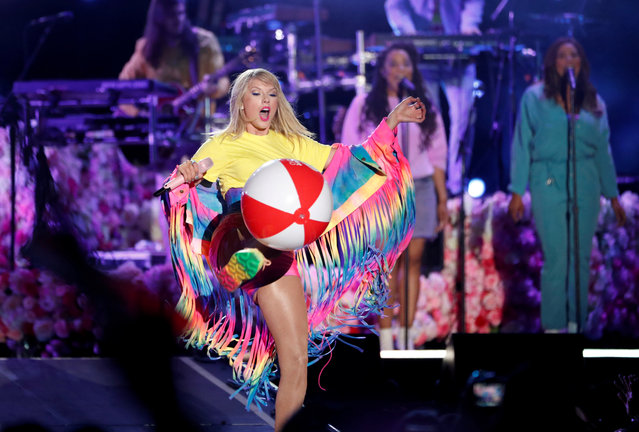 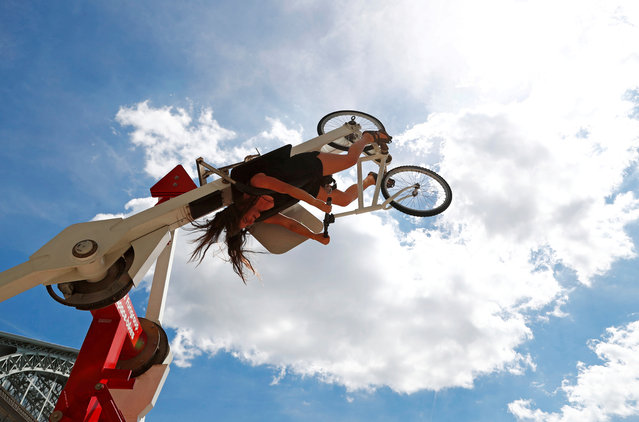 A cyclist rides the “Space Bikes” attraction on the eve of World Bicycle Day in Brussels, Belgium, June 2, 2019. (Photo by Francois Lenoir/Reuters) 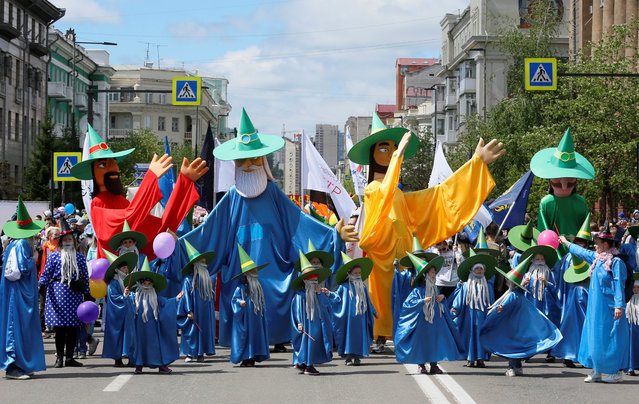 Participants attend an annual carnival to celebrate the International Children's Day, in Krasnoyarsk, Russia on June 1, 2019. (Photo by Ilya Naymushin/Reuters) 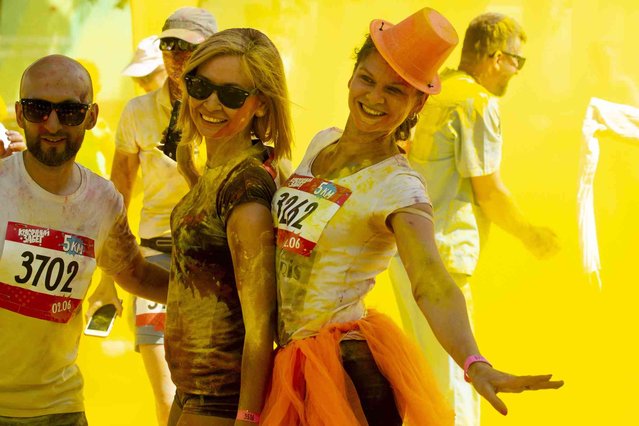 Runner are covered in coloured paint powder as they pose for a photo, as they compete in the 5-kilometer (3-mile) “Color Run” at the Luzhniki sports complex in Moscow, Russia, Sunday, June 2, 2019. Around 5,000 people participated in the fun run. (Photo by Alexander Zemlianichenko/AP Photo) 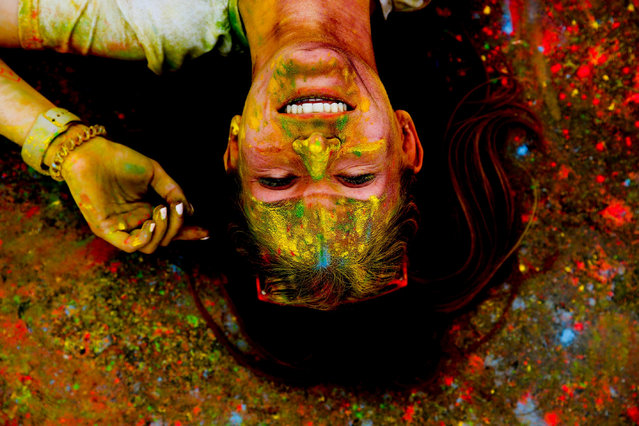 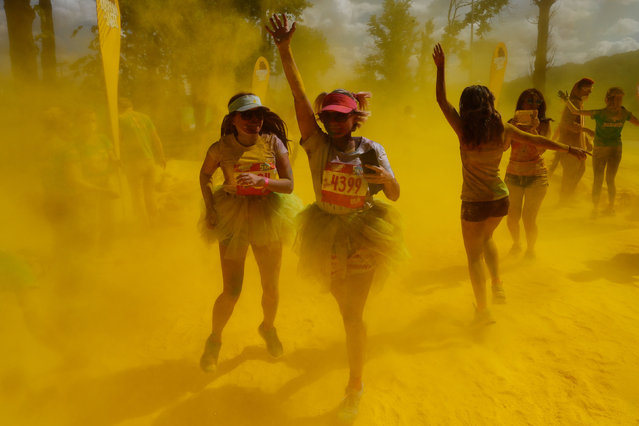 Participants run through coloured powder during the Colour Run race in Moscow, Russia on June 2, 2019. (Photo by Evgenia Novozhenina/Reuters) 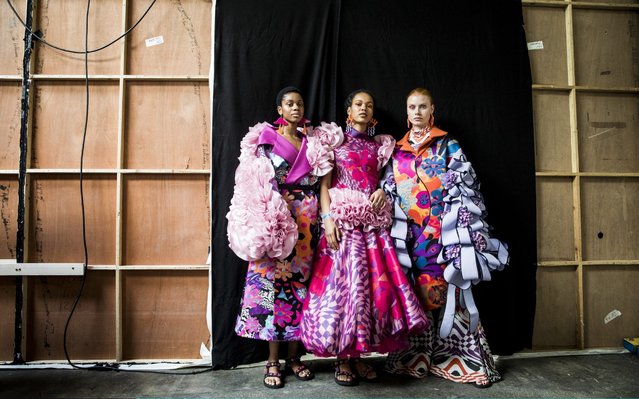