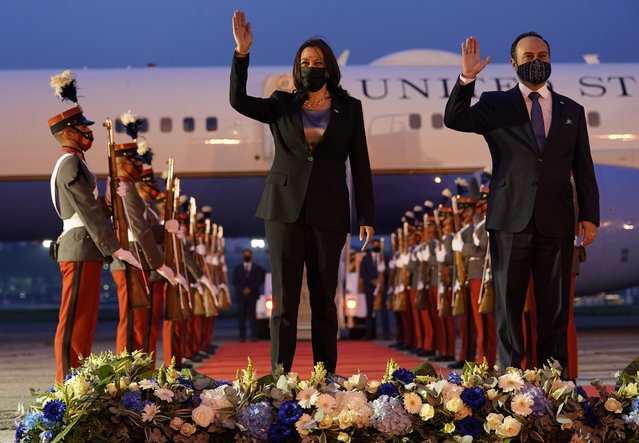 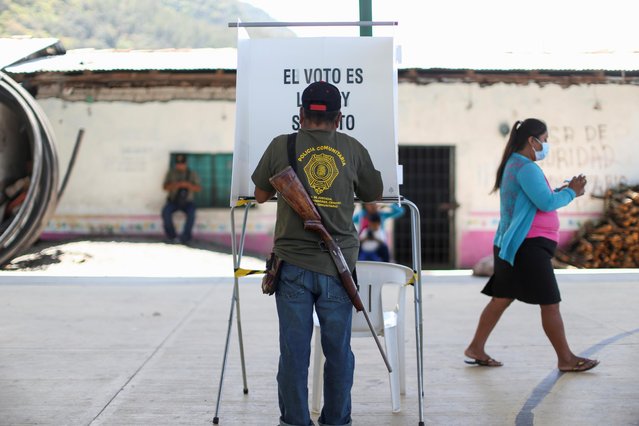 A community police officer fills out his ballot at a polling station during mid-term election in Alyahualtempa, Guerrero state, Mexico, June 6, 2021. (Photo by Edgard Garrido/Reuters) 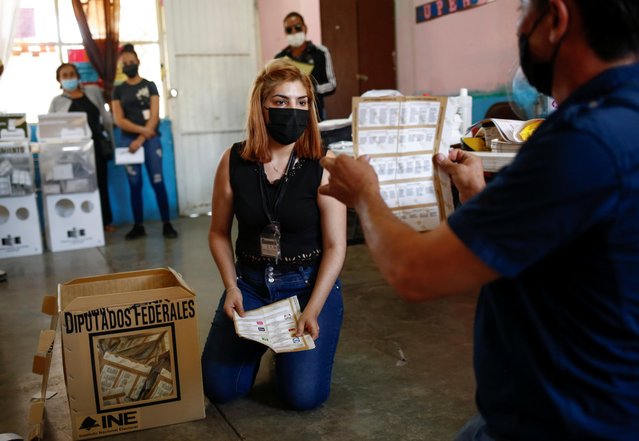 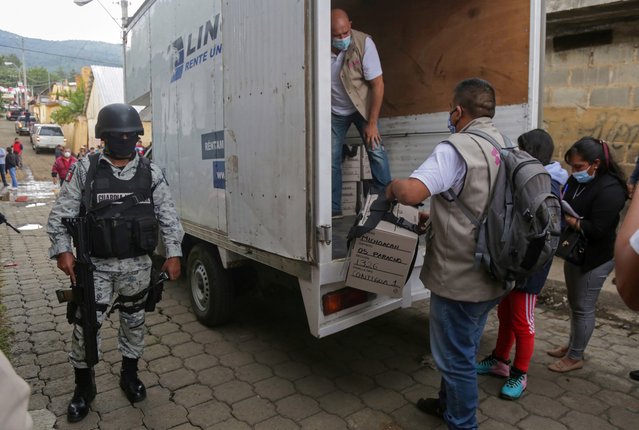 Members of the National Guard look on as vehicles arrive carrying voting booths and electoral boxes ahead of midterm elections in Nahuatzen, Mexico, June 5, 2021. (Photo by Alan Ortega/Reuters) 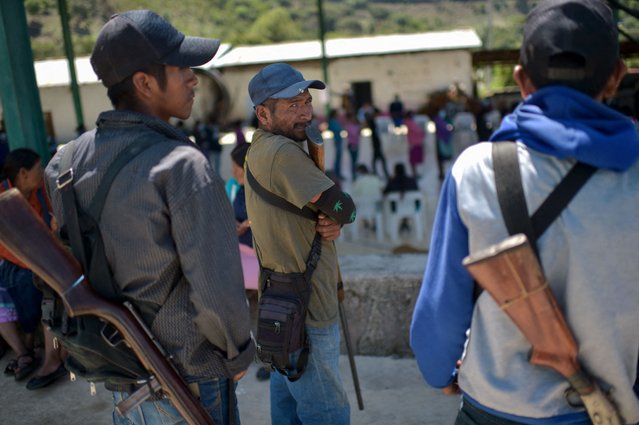 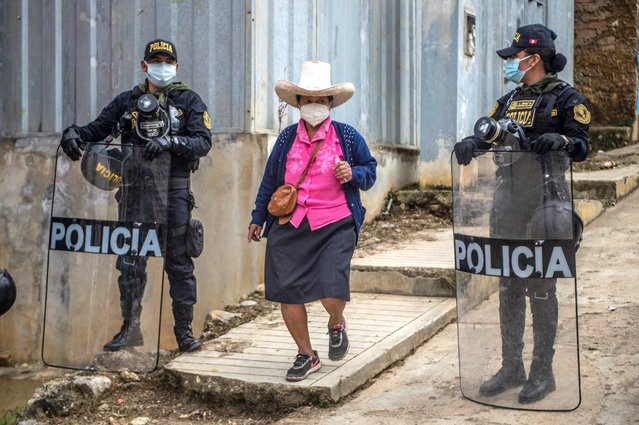 A woman arrives to casts her vote at a polling station in Tacabamba, Cajamarca region, north east of Peru, on June 06, 2021. Peruvians face a polarising choice between right-wing populist Keiko Fujimori and radical leftist Pedro Castillo when they elect a new president, in a country looking forward for a return to normalcy after years of political turbulence. (Photo by Ernesto Benavides/AFP Photo) 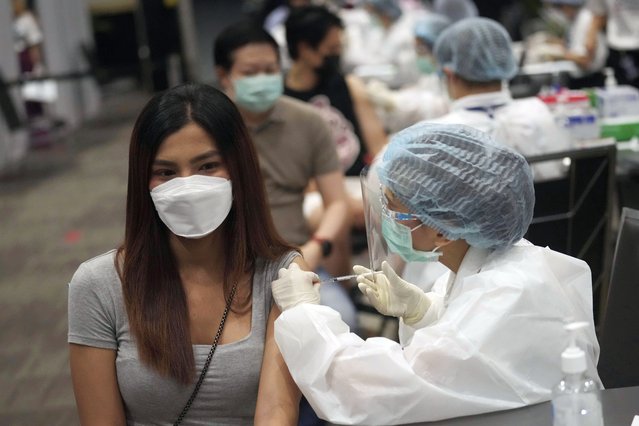 A health worker administers a dose of the AstraZeneca COVID-19 vaccine to a woman at Paragon shopping mall in Bangkok, Thailand, Monday, June 7, 2021. Health authorities in Thailand on Monday began their much-anticipated mass rollout of locally produced AstraZeneca vaccine, but it appeared that supplies were falling short of demand from patients who had scheduled vaccinations for this week. (Photo by Sakchai Lalit/AP Photo) 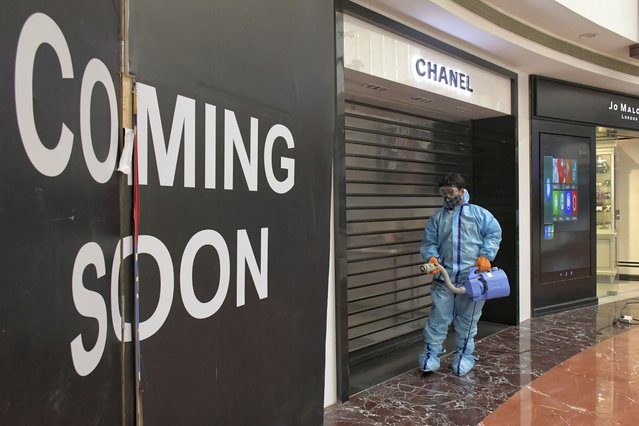 A man sanitizes the premises of a shopping mall before reopening after being closed since April as part of measures to curb the spread of coronavirus in New Delhi, India, Sunday, June 6, 2021. Businesses in two of India’s largest cities are reopening as part of a phased easing of lockdown measures in several states now that the number of new coronavirus infections in the country is on a steady decline. (Photo by Ishant Chauhan/AP Photo) 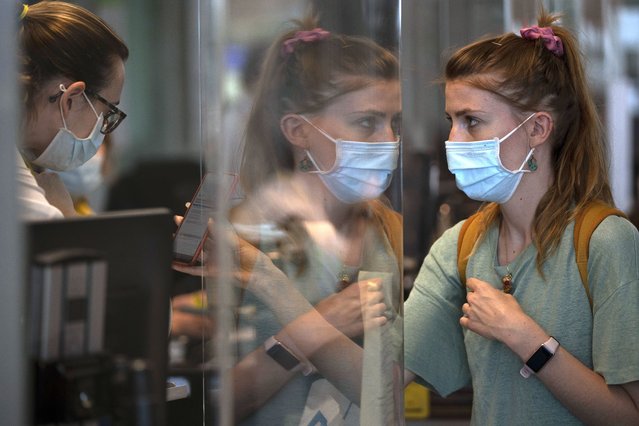 Passengers check their luggage at Barcelona airport, Spain, Monday, June 7, 2021. Spain is trying to ramp up its tourism industry by welcoming from Monday vaccinated visitors from most countries, as well as all Europeans who prove that they are not infected with the coronavirus. (Photo by Emilio Morenatti/AP Photo) 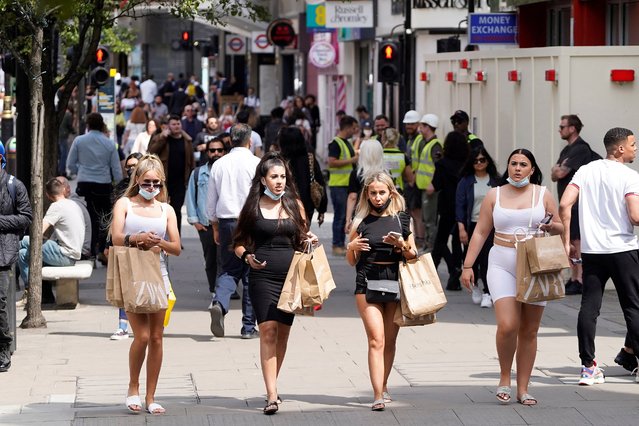 Shoppers wearing face coverings due to Covid-19, but pulled down under their chin, walk along Oxford Street in central London on June 7, 2021. The Delta variant of the coronavirus, first discovered in India, is estimated to be 40 percent more transmissible than the Alpha variant that caused the last wave of infections in the UK, Britain's health minister said Sunday. (Photo by Niklas Halle'n/AFP Photo) 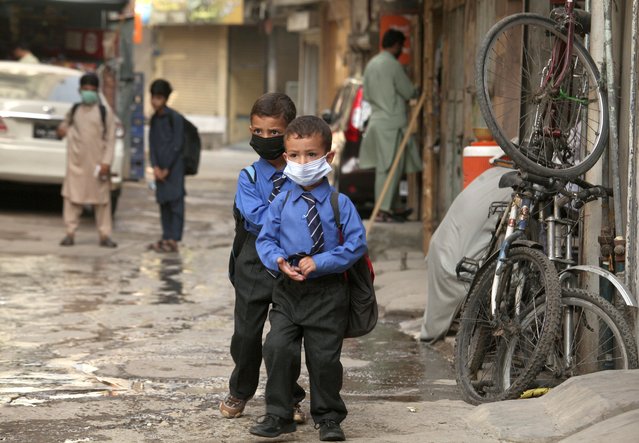 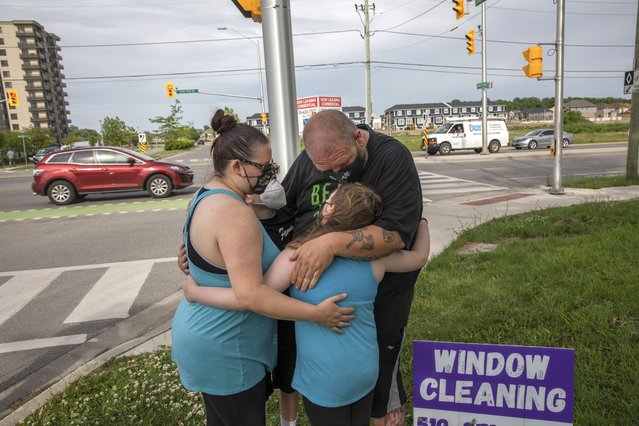 People show up to the location where a family of five was hit by a driver, in London, Ontario, Monday, June 7, 2021. Multiple members of the family died and one is in critical condition. A 20 year old male has been charged with four counts of first degree murder and count of attempted murder in connection with the crime. (Photo by Brett Gundlock/The Canadian Press via AP Photo) 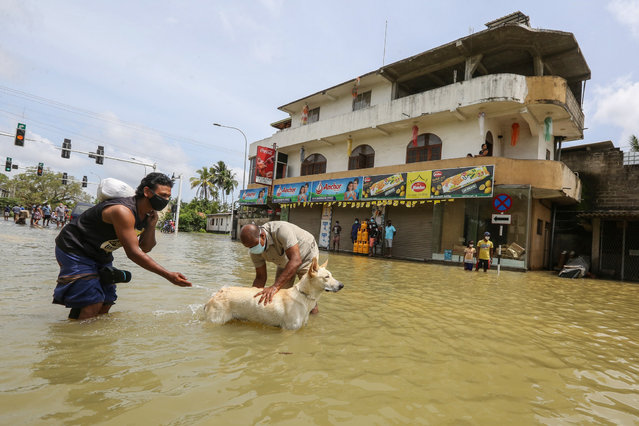 Sri Lankans wash their dog on the flooded road after heavy rainfall in Kelaniya suburb of Colombo, Sri Lanka, 06 June 2021. Many parts of the island have been inundated due to heavy monsoon rains. According to the Sri Lanka Disaster Management Center, at least 14 people have been killed so far and more than 245,212 people affected across the country. (Photo by Chamila Karunarathne/EPA/EFE) 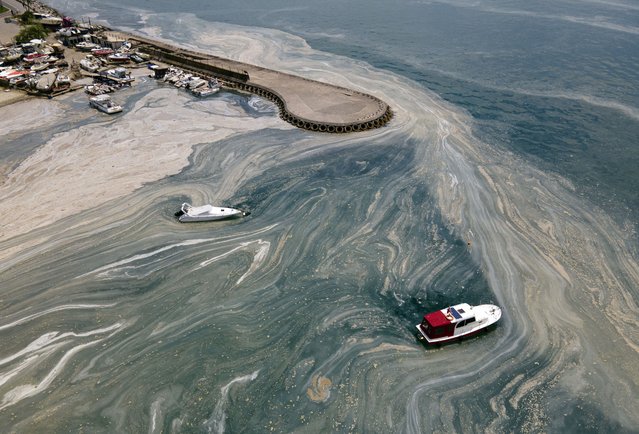 In an aerial photo, boats are seen near the Caddebostan shore, on the Asian side of Istanbul, Monday, June 7, 2021, with a huge mass of marine mucilage, a thick, slimy substance made up of compounds released by marine organisms, in Turkey's Marmara Sea. Turkey's President Recep Tayyip Erdogan promised Saturday to rescue the Marmara Sea from an outbreak of "sea snot" that is alarming marine biologists and environmentalists.(Photo by Kemal Aslan/AP Photo) 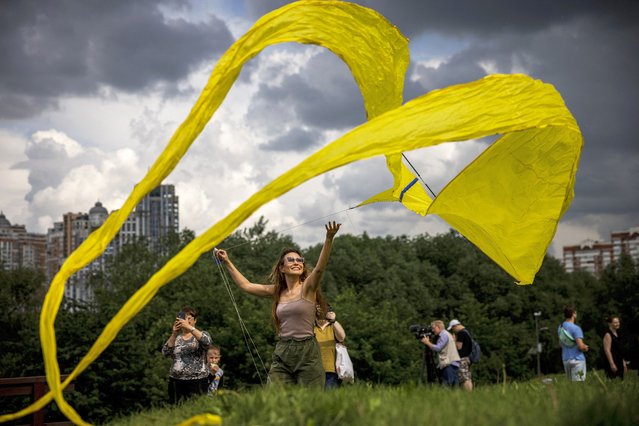